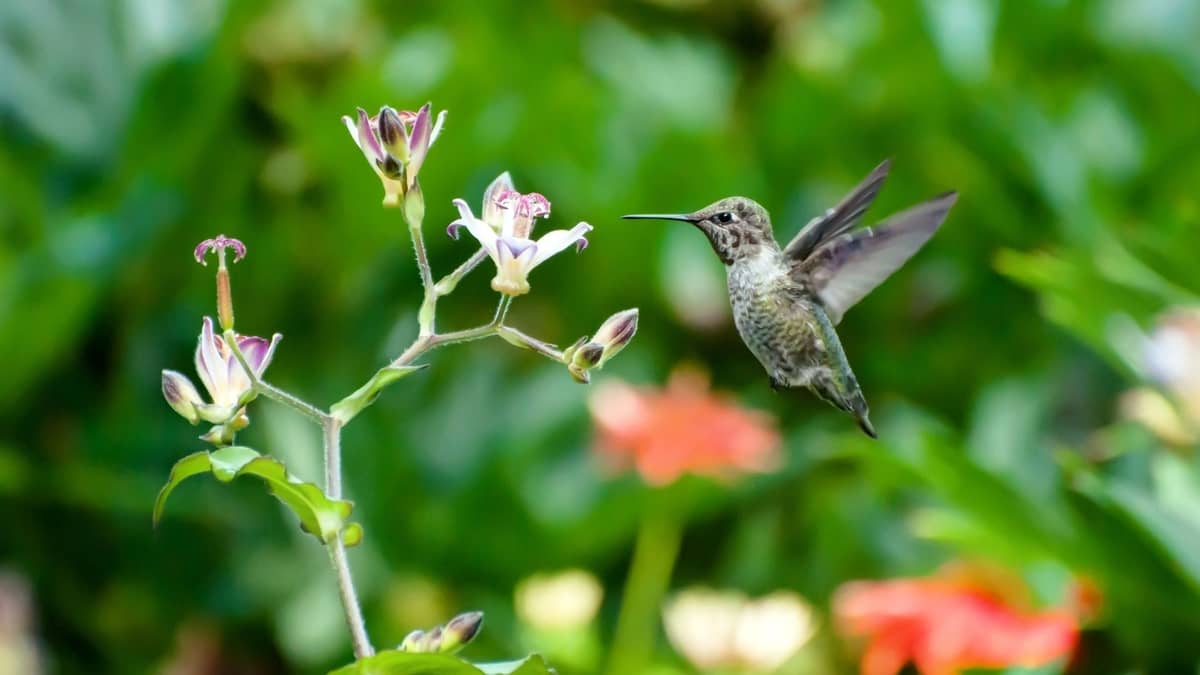 Hummingbirds, a beautiful bird species, belong to the Trochilidae family which consists of an incredible 361 species (and counting). They are known for their delicate form, as well as for vivid and colorful feathers.

“Are hummingbirds herbivores?” is a question often asked by bird enthusiasts. Since this is a fairly simple question, you would also expect a fairly simple answer. However, hummingbirds are anything but that. They are among the most studied families of birds. And just when we think we know everything about them, they do something that flies in the face of that knowledge.

Stay with us and find out the answers to these and many other questions.

Why Do Hummingbirds Love Nectar So Much?

As we have said many times, their metabolism is turbocharged. Namely, their hearts beat thousands of times a minute, and their wings flap an incredible 60-80 times in just one second. Due to their size and weight, hummingbirds must generate a huge amount of force to create lift and fly.

To sustain their fast-paced lifestyle, these little creatures have evolved a specialized high-sugar diet. In order to start the “engine” within them, hummingbirds require an equivalent of what would be 150,000 calories for a human. Hummingbirds need to consume double their own body weight in food each day. It would be like drinking your body weight at Coca-Cola on top of your regular meals. 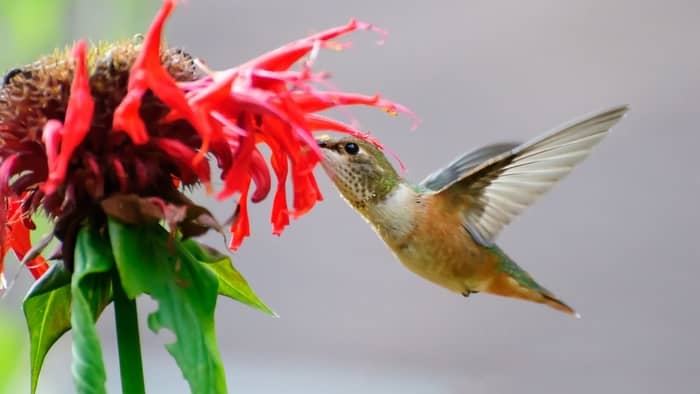 Furthermore, nectar, whether it comes from flowers or from a feeder, is the most abundant and popular source of hummingbird food. Because the nectar is in a liquid state, it supplies the hummingbirds with the necessary water that they don’t normally drink. Nectar does not, however, meet hummingbirds’ needs for protein, amino acids, as well as for various vitamins, and minerals. That’s why they reach for other things to meet their daily needs.

* If you have deft hands, you can prepare sweet nectar yourself and make life even easier for these beautiful creatures. Simply mix 1 cup of refined white sugar with 4 cups of water until the sugar dissolves, and that would be it. Never add any dye or other additives to the mixture, as this can be fatal. You can keep the mixture in the cold (in the refrigerator) for use in the feeder in the next few days.

Question Of The Day: Are Hummingbirds Herbivores?

Hummingbirds have a rather interesting diet that consists of drinking nectar from various flowers, as well as eating small insects such as aphids, beetles and mosquitoes, and sometimes even spiders.

So, are hummingbirds herbivores? No, they aren’t exclusively herbivores. These tiny birds are omnivores, because, in addition to nectar, they feed on insects and spiders.

Furthermore, one concept that has been much debated lately is how important nectar really is to hummingbirds. As can be easily concluded, flowers are not available all year round. It has been observed that Broad-tailed hummingbirds in Arizona feed exclusively on insects until the flowers bloom. Some studies have shown that as many as 79% of them had arthropods left in their stomachs during dissection.

Hummingbird Diet During The Winter

Now that you know the answer to the question “are hummingbirds herbivores”, it’s time to explain to you what these little birds feed on, in the absence of nectar.

In winter, hummingbirds may not have access to their typical nectar-rich diet, as flowers, unfortunately, don’t bloom during this period.

To make up for lost sugar they hunt whatever insects they can find in winter including a vast array of small arthropods, including aphids, gnats, flies, spiders, and mosquitoes. In addition, they can often be found digging under the bark of trees or even under leaves in search of food.

At What Time Of Day Do They Feed?

Hummingbirds can eat from dawn to dusk. The flowers in most cases close at night and open early in the morning, so hummingbirds, just like humans, will rush to breakfast. Furthermore, we must note that they never eat at night. Nighttime temperatures are generally much lower than daytime ones, and such feeding would mean exposure to the cold. 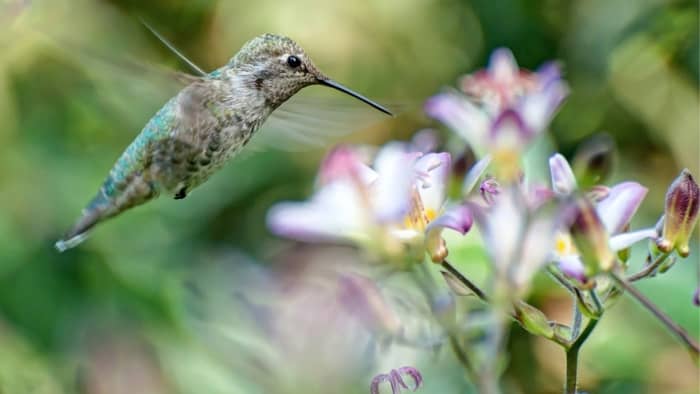 Are hummingbirds herbivores? – No, they are omnivores. Their diet is based on nectar from flowers, as well as broken fruit that they can source natural sugar. Although they will hunt small insects, hummingbirds are not very big or terrible predators. The only time they will go after any game is bigger than a spider or beetle is only when they feel threatened or have to fight for their own lives.

That would be it, now you know the answer to the question “are hummingbirds herbivores?” We hope you found this article useful. If you have any questions feel free to ask in the comments.

What Classification Are Hummingbirds?

Hummingbirds belong to the order Apodiformes, and the family Trochilidae, which belongs to its own Suborder, Trochili. Furthermore, they are nectivores and insectivores. This is because approximately 90% of their diet comes from nectar and 10% of arthropods, including aphids, gnats, flies, spiders, and mosquitoes.

Is A Hummingbird A Producer-Consumer Or Decomposer?

Hummingbirds belong to the group of consumers because they eat other organisms.

What Are Examples Of A Food Chain?

The food chain starts with the primary source, continues with consumers, and ends with the top predator.

Some examples of food chains are:

Do Any Animals Eat Hummingbirds?

Unfortunately, some animals do eat hummingbirds. So, like all other animals, these little birds have their own predators. Their predators are mostly large birds like hawks, owls, crows, roadrunners, orioles, grackles, gulls, and herons.

In addition, domestic and feral cats might consider hummingbirds as playful toys. However, we must not forget snakes, lizards, and frogs because they often stake out feeding areas, such as hummingbird feeders or flowerbeds.