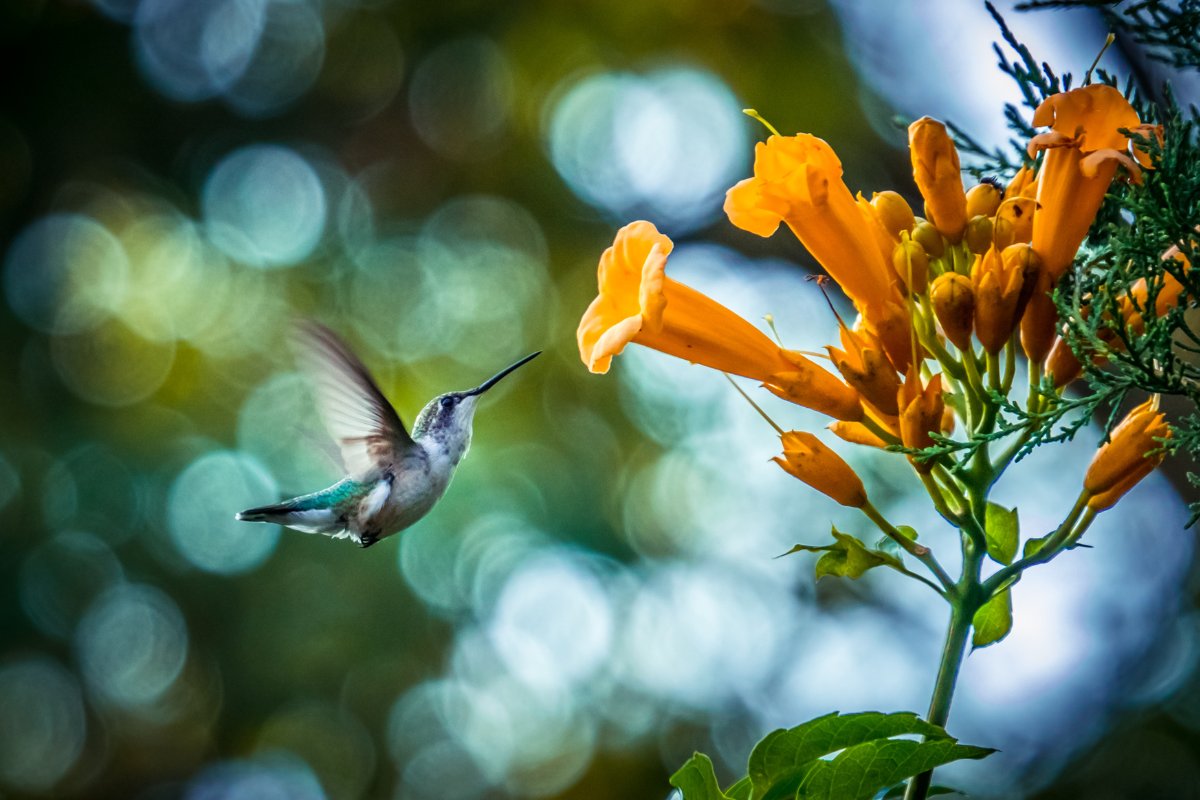 Are hummingbirds seasonal? Check out this article and find out if these diminutive creatures like to stay in one place all year round.

Hummingbirds are the rulers of the sky. They may be the world’s smallest birds, but due to their incredible, eye-catching plumage, it is almost impossible for them to pass unnoticed under our radar. Their family has several hundred members that appear in a wide range of shapes, sizes, and brilliant colors.

So far we have had the opportunity to learn a lot about them, but are hummingbirds seasonal? Let’s find out below.

There is hardly a person who will disagree with us when we say that hummingbirds are among the most anticipated backyard birds in North America. What do you say?

These beauties got their characteristic name from the humming sound their wings make when in flight or hovering, something similar to that produced by bees and mosquitoes, but on the other hand, unique.

The almost 340 species of these pugnacious, jewel-like birds are entirely restricted to the New World. So, it is very interesting to note that they only live in the Western Hemisphere (North and South America). We know that some will claim that they have met nectar-drinking birds on continents like Africa and Asia, but we must emphasize that these aren’t hummingbirds but songbirds.

So, are hummingbirds seasonal? The answer is affirmative! To many, this will sound unusual given their size, but these birds can travel hundreds or thousands of miles during migration. Likewise, this rule isn’t general and can’t be applied to every family member.

The fact is that, although there are more than 300 species, only a few of them migrate regularly. Most of them are seasonal, which basically means that they migrate between northern breeding grounds and southern wintering grounds depending on the time of year.

Those individuals that have the privilege of living in warmer regions simply don’t feel the need to move for the mating season. Many tropical hummingbirds are nonmigratory, and the reason is very simple, their natural habitat provides them with all the necessary conditions for long and healthy life.

However, it is very important to note that there are also some hummingbirds in North America that are permanent residents. For example, along the Pacific coast, Anna’s hummingbirds stay in the same places year-round, while some other species are present exclusively in the warmer months. So, everything is quite individual and depends on the species of the bird.

The start of migration is determined by the bird’s inner instinct. It has nothing to do with whether you left enough food in the feeder every day. When they feel that the time has come, these birds leave everything behind and head for their wintering grounds. If you happen to notice a small hummer at your feeder during the cold winter days, it’s safe to assume he didn’t follow his instincts.

When Is Hummingbird Season?

Now that you know the correct answer to the question “are hummingbirds seasonal”, we will also tell you a few important things about the season itself.

Considering that these are birds that really like the warmer times of the year, it shouldn’t be surprising that their season begins with the arrival of warmer days. Accordingly, if you enjoy feeding these birds, the period between March and May has so far proven to be the best time to set up feeders in most states.

However, it is very important to emphasize that while there are estimated arrival times for migrating hummingbirds for each US, there are always exceptions. Official data is estimated based on research conducted for each state, but this does not mean that hummingbirds will always respect them. These birds may appear a little earlier or later than the predicted time.

With the arrival of autumn, the end of the season begins. These birds begin their southward migration from parts of Canada and the United States as soon as temperatures begin to cool.  Most species, but not all of them, migrate to Central America or Mexico for the winter.

Did you know that they usually travel nearly 4,000 miles? Sounds impossible right? But this is just one more proof in a series of how unique these creatures are.

If we want to be more precise, some species start migrating already in July. However, these are very rare exceptions as most hummingbirds don’t begin their journey until late August or mid-September.

It all depends on the place they need to reach. The longer the trip, it is quite logical that they will start much earlier in order to reach their destination before the onset of winter. Speaking of bad weather, did you know that these birds avoid traveling during poor fall weather? It was very interesting to hear for the first time that hummingbirds prefer to stay in safe locations for up to a week or two, waiting for better travel conditions, rather than leaving for the unknown and unsafe.

When Do Hummingbirds Come Back?

As you can already guess, many things start to change with the arrival of spring. Spring, in addition to bringing green crowns and fragrant flowers, also brings the return of numerous exciting migrating species, including hummingbirds.

These creatures with incredible flying abilities usually reach the Gulf Coast by the end of February or March, which actually means they will arrive in the north in mid to late May. Therefore, they do not complete their migration journey in just a few days, in fact, they need at least several months to travel to their breeding grounds.

That would be it, now you know the answer to the question “are hummingbirds seasonal”.

Wrapping Up: Are Hummingbirds Seasonal?

Yes, these spectacular flying creatures are seasonal. The most important factors that determine the timing of a hummingbird’s migration are daylight, the amount of available food, and, above all, their inner instinct.

Have some questions? Join the discussion in the comment section below.

Take a look at this article: Flowers For Hummingbirds In California: 8 Extraordinary Species You Can’t Go Wrong With