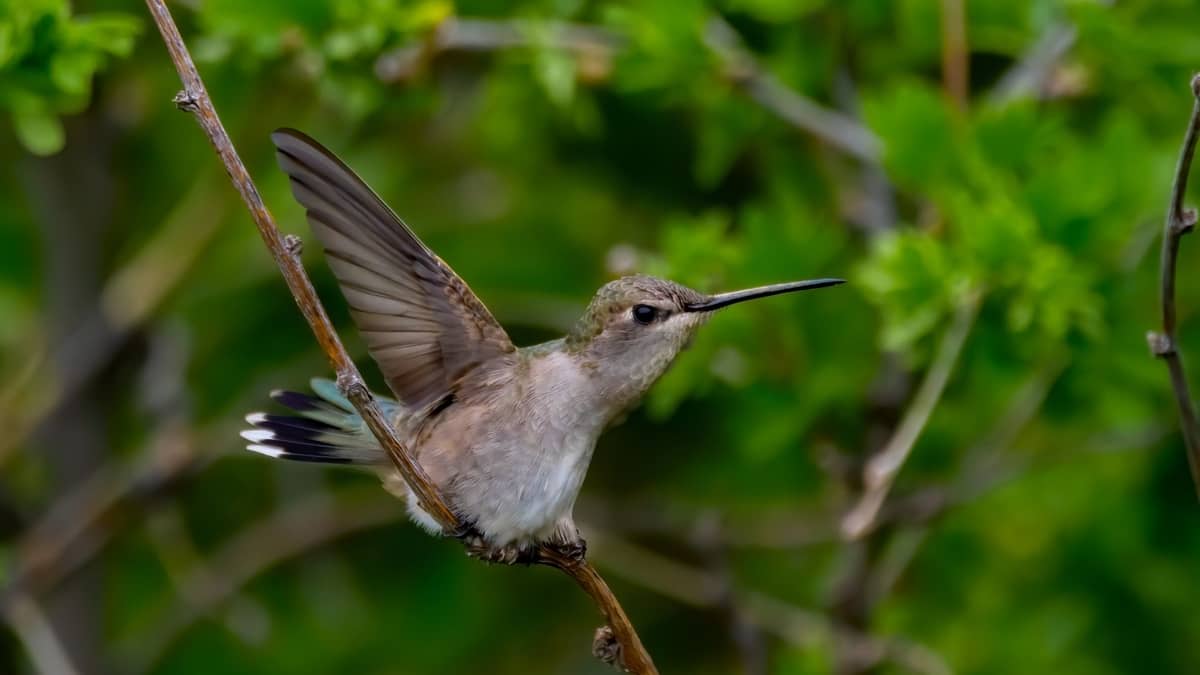 Hummingbirds engage in different fascinating activities and these birds also engage in melodious calls or songs. It can be pretty helpful for birders to be able to recognize the sounds of hummingbirds as this is another way to be able to easily identify these bird species.

So, let’s enlighten ourselves by looking into the Black-chinned hummingbird call and some facts about them. We will also briefly look into hummingbird’s call or sound generally.

Black-Chinned Hummingbird: Some Facts About Them

Here are some interesting facts about Black-chinned hummingbirds: 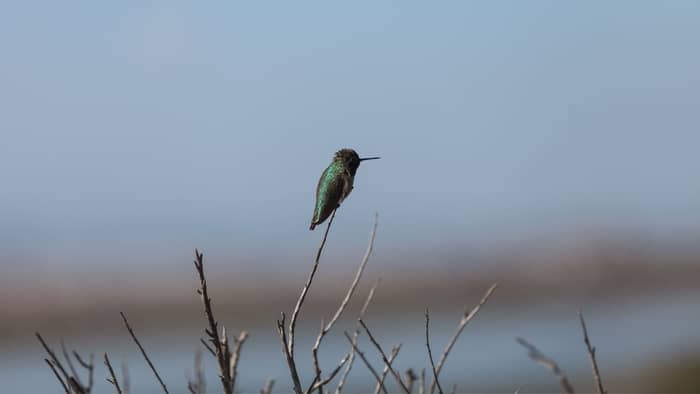 Hummingbird makes different kinds of fascinating sounds and this sound can be music to our ears and may even help get our day started on the right path.

These lustrous hummers can make both vocal and non-vocal sounds. Different species of hummer tend to have varying sounds.

For instance, some species of hummingbirds tend to make a chirping sound that ends with a softer and gentler tone. Then some other hummingbird species can make chit sounds and this sound tends to be harsh and sharp.

The vocal sounds of hummingbird (from the word vocal) mean they make this sound using their voice box.

On the other hand, the non-vocal sounds of hummingbirds tend to be aerodynamic sounds. These non-vocal sounds are generated with their wings and tail feathers. As it’s popularly known that these sweet hummers can generate sound with their wings and the sound generated is the “hum” sound. Now, this is how and where the name hummingbird is derived from.

Another on-vocal sound hummingbird makes apart from the hummingbird from their wings is the chirping sound. This sound is made from the tail of some hummingbird species.

The male Anna’s hummingbird species are particularly known to exhibit this chirruping sound with their tail. This bird makes this sound during their courtship period and he will fly high and dive down close to the female hummer he is trying to entice. Then ad he plummets down, his tail vibrates and makes a chirping sound.

Read more about Does Wisteria Attract Bees? Get To Know The Fact

Black-chinned hummingbird makes vocal and non-vocal sounds just like every other hummingbird species.

These black-chinned hummers can flap their wings up to 50 times per second. Their wingbeat tends to generate a humming sound and this sound is a non-vocal sound. Then this black-chinned hummingbird can also generate some vocal short notes known as bird calls.

Below are more details on the bird calls of black-chinned hummingbirds. 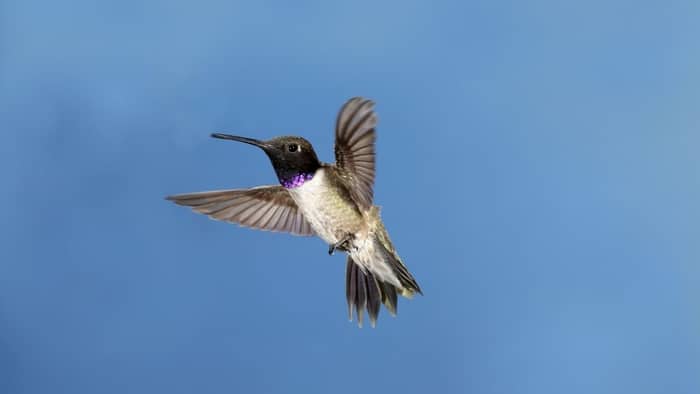 Other Hummingbird Species Song And Call

Let’s look into a few species of hummingbirds’ call and song:

Anna’s hummingbirds have one of the longest distinctive songs that can last for 10 seconds or more. The sound these birds make is a series of buzz, then they make a clearer and more tuneful whistle. This is then followed by a more emphatic chip note. Then Anna’s hummingbird may repeat the entire set of buzz-whistle-chip sounds all over.

Then the calls of Anna’s hummingbird are short series of sharp chip notes. And this may be given one at a time to make a twittering sound. 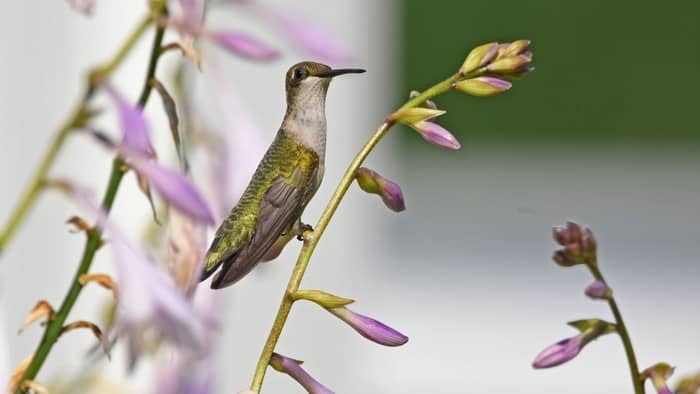 The songs Ruby-throated hummers tend to make are a constant series of monotonous chips just at daybreak.

Then the calls of Ruby-throated hummers make is an even chee-dit exchange between individual hummers or when they chase each other.

Black chinned hummingbird call is a unique kind of sound and we have highlighted their sounds in this article. So, we hope you’ve been enlightened about their calls.

Ruby-throated hummers have a longer tail and this tail extends beyond their wingtips. Black chinned on the other hand has longer wings and these wings can reach the tip of the tail but it can also slightly go beyond this.