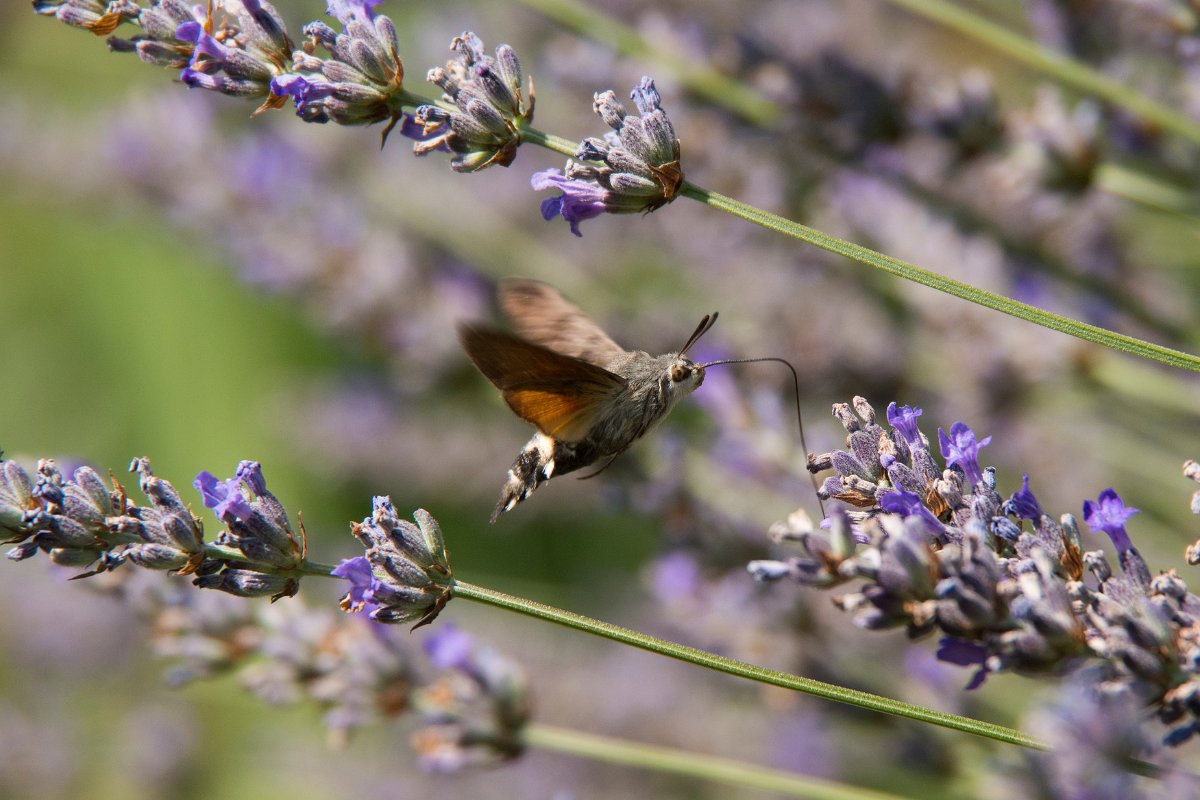 Check out this article and learn many interesting facts about insects and bugs that look like hummingbirds.

With their characteristic long beaks that resemble a needle, rapidly beating hearts and wings as well as the ability to effortlessly hoover in one place; these tiny birds are truly one of the most fascinating creatures ever.

Have you heard at least once in your life that each of us has a double somewhere in the world? Is the same true in the animal world? Are there insects and bugs that look like hummingbirds? Keep reading this article, because there is no way you won’t be shocked when you learn the truth.

The hummingbird is a small, colorful bird that can be found exclusively in countries throughout North and South America. So, it can’t be found anywhere else in the world. Unique in every possible aspect, right?

They are quite small, the smallest of the 350 extant species being only 2 inches long, and weighing less than a dime on average. These birds are extremely attracted to bright colors like red and yellow. They aren’t guided too much by their sense of smell when choosing a flower, they rely more on their sense of sight.

Among the most special hummingbird traits is that they are indescribably good avians. Their incredibly strong wing muscles allow them to fly in all directions, even backward, and to hover in one place. Did you know that their metabolism is about ten times higher than a human’s? Hummingbirds must eat every 10 to 15 minutes to avoid starvation.

Now that you have gotten to know these beauties a little more closely, it’s finally time to talk about bugs that look like hummingbirds. So, if you’re in favor, let’s go into the details.

Can you remember how you felt when you first saw a hummingbird in your garden? Honestly, it is hard to describe that rush of emotions one feels, isn’t it?

However, some of you might feel a bit disappointed or cheated, whatever it is called when you realize that just because you saw this jewel-like bird doesn’t necessarily mean you actually saw it. A bit confusing isn’t it? Laying one’s cards on the table, the fact is that there are bugs that look like hummingbirds.

Is There An Insect That Looks Like A Hummingbird?

Although it will sound like complete fiction to many, there really are insects that bear an uncanny resemblance to hummingbirds, hence the confusion in all of this. Hummingbird moths are the most famous ones.

The term “hummingbird moth” refers to quite large insects belonging to the Sphingidae family and Hemaris genus of moths. Did you know that there are at least 1200 species of these moths in the world, new species are discovered every year. It is particularly interesting to us that there are about 125 of them living in North America.

Given that, just like hummers, they feed on the nectar of various long-necked flowers, and are also agile fliers that can hover, fly sideways, and fly backward, it is assumed that most people are easily fooled into thinking they have seen a hummingbird in their yard.

The Lives of Moths: A Natural History of Our Planet’s Moth Life

Is There A Bug That Flies Like A Hummingbird?

Among the most famous bugs that look like hummingbirds are the brown and black Nemestrinus rufipes fly. Due to their strikingly similar wing-flapping pattern, people often confuse them with these two rulers of the sky and then swear they saw them in a neighbor’s garden drinking nectar from Bougainvillea flowers.

It is very important to state that Nemestrinus rufipes fly’s natural habitat is in the warm climate of the Middle East, and other similar parts of the world, and as we have already stated, hummers can be found exclusively in countries throughout North and South America.

Admittedly, there are several species of this fly that have decided to “move” to America, but we haven’t been able to find specific research that deals with their nectar-collecting tendencies. Also, some species of Nemestrinus rufipes have brown abdomen with black markings, which is why people also often confuse them with bumblebees.

Is There A Bee That Looks Like A Small Hummingbird?

Have you ever heard of the Bee Hummingbird? This incredible flying creature is also the smallest bird in the world! It literally melts our hearts every time we see it!

Speaking of flies, bees, and hummingbirds, we mustn’t forget to mention the White-Headed Bee Fly. This species is small in size and has a short wingspan as well as a very long, straw-like tongue, so we shouldn’t be surprised that many people confuse it with hummingbirds. They belong to the group of insects and bugs that look like hummingbirds and always choose to stay in dry habitats, mostly in deserts of the US, where they feed on wildflower nectar.

Is There A Butterfly That Looks Like A Hummingbird?

This one is technically a bit difficult to explain, but we will be happy to try. We assume that you all know what a butterfly looks like, so it is quite drudgingly to confuse a butterfly with a bird, right?

This might completely knock some of you off your feet as they are almost 100% sure they saw a mix of hummingbirds and butterflies. However, it is very likely that they did not have the opportunity to meet either, but the clearwing hummingbird, which is actually a moth.

Wrapping Up: How To Tell The Difference Between A Hummer And An Imposter?

It’s very simple, pay attention to the size, hummingbirds are tiny, and the largest of them is again smaller than most insects and bugs. Also, don’t ignore colors, flight patterns, and, if at all possible, nesting habitat. Their nests should be made of nests grass, leaves, and similar plant materials, and there should be a maximum of two eggs inside.

That’s it, now you know everything you need to know about insects and bugs that look like hummingbirds. Have you ever been confused because you are not sure what you just encountered flying around your flowers? Tell us more below.

Read more: Do Hummingbirds Like Nasturtiums? Many Consider It Too Sweet For Their Taste