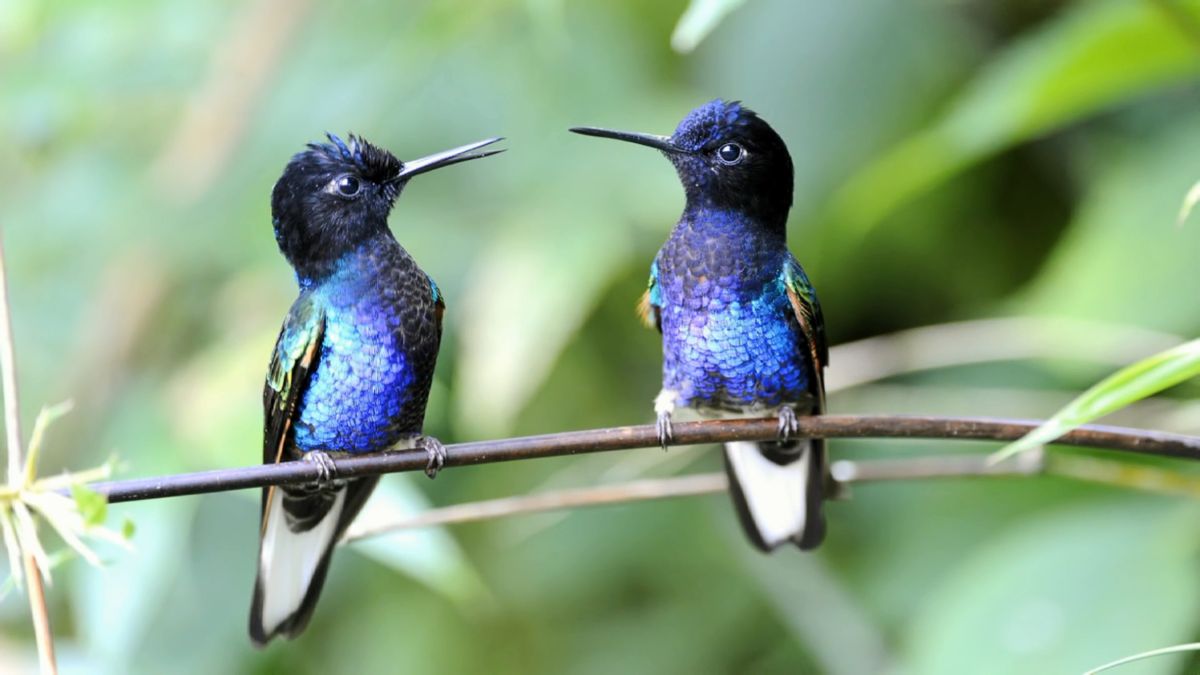 “Do Female Hummingbirds Avoid Looking Like Males?” is a question that we are often asked. Well, the answer would depend on various factors that are discussed in this article. Hummingbirds are energetic marginal dwellers who take advantage of feeders as it is a huge benefit, especially during times of migration. However, the females do have a struggle and have to sometimes disguise themselves as males to get their feed.

Around one-fifth of female white-necked Jacobins use disguise techniques, that make them virtually indistinguishably from males. For this reason, female hummingbirds are donning brighter plumages to avoid harassment. Some which typically have a greenish hue and a gray-dappled chest, have developed to resemble their male counterparts’ bright blue-and-white plumage.

Male lookalikes also use evolutionary tactics to evade peer pressure and fit in. White-necked Jacobins, which may be found from Mexico to Brazil, share this trait with the majority of hummingbird species and aren’t hesitant to engage in conflict. The swiftly moving animals must consume food many times each hour and fiercely guard food sources within their chosen territories. Have a look below to learn more about these fascinating feathered creatures.

No, female hummingbirds don’t avoid looking like males. In fact, they prefer to adorn the disguise as it saves them a lot of trouble. When they age, roughly 20% of the females retain that plumage. This is because females with male coloring are less likely to be harassed. However, this plumage-swap phenomenon is pretty unusual among most bird species. 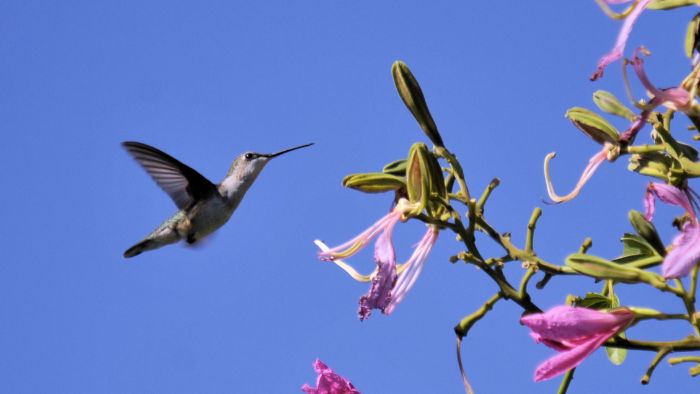 Whether you are a human or an animal, harassment is not acceptable, or at least it should not be. However, female hummingbirds are faced with this battle daily. They have been obliged to look for answers because they are typically the targets of their male counterparts. Hummingbirds are often thought of as sweet and adorable, but their environment is actually considerably harsher.

For example, males commonly engage in bullying behavior. They peck, catcall, or body-slam females when they see them. Sometimes, this type of behavior concerns mating and at other times, it’s just about establishing power. Naturally, female hummingbirds would take advantage of a technique to get around this. Thankfully for them, in the end, evolution worked in their favor.

Over time, female Jacobins abandoned their typical greenish attire and started to imitate the males’ sapphire feathers. In other words, the birds that resembled males were less likely to be bullied and as it turns out, they now appear to coexist peacefully because of the disguise.

Although hummingbirds come in a variety of colors, there are variations to look for in order to distinguish between male and female birds. Many specie’ exhibit diverse characteristics and behaviors, and hummingbirds in particular are a prime example of this feat. The true distinction between an adult male and female hummingbird is in the head and neck feathers. 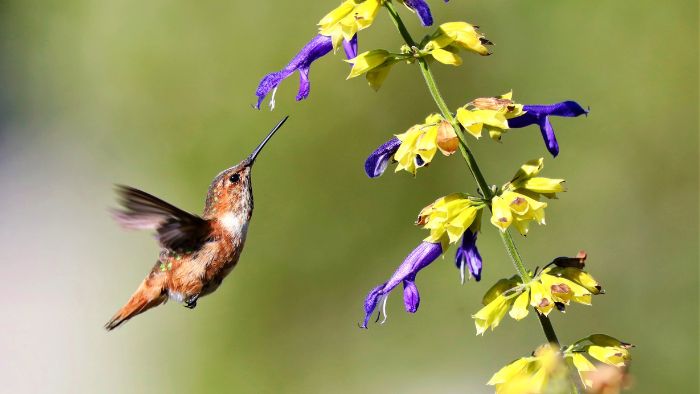 Because they lack the males’ iridescent colored throat patches, female hummingbirds are far more difficult to distinguish from one another than males. The males are highly brilliant and have shimmering, iridescent necks, which give them a totally distinct appearance from the females.

The females on the other hand typically lack the vivid throat color and have a duller overall appearance. Instead, they are often paler below and have a greenish-brown color on their backs. This information will give you a better understanding of their survival and tolerance strategies.

Here is a list of female hummingbirds and their appearances: 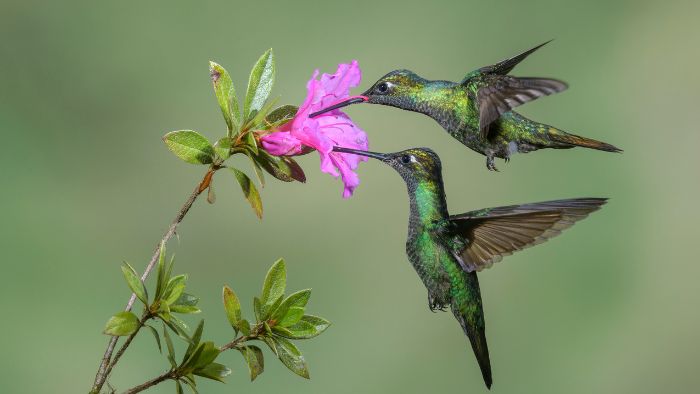 What about whether or not they actually change color? Although hummingbirds appear to be changing their colors constantly, this fact is heavily reliant on science and their iridescent feathers. This is what gives the impression that they are changing hue when they are actually not in adulthood.

However, their young naturally undergo a color shift as they shed their fledgling plumage and adopt the stunning hues of their parents. Once they reach adulthood, it looks as though every movement causes their colors to shift. There are many birds that have beautiful feathers, and for the majority of them, that is precisely what they are.

When a bird is fully fledged and has developed its plumage, its feathers maintain the same hue and are typically very consistent throughout that particular species. The reason that these birds appear to change color is because of the reflection of light and the angle they are spotted in. The science behind the iridescent feathers is quite intriguing, especially if you are an avid bird watcher. Here is more info about the physic of hummingbird colors.

How Can You Tell Male from Female Hummingbirds?

The smallest birds in North America which are hummingbirds are renowned for their beauty, speed, color, and size. Although it may sometimes seem hard to tell the male and female apart, they are quite distinctive features that actually separate them. 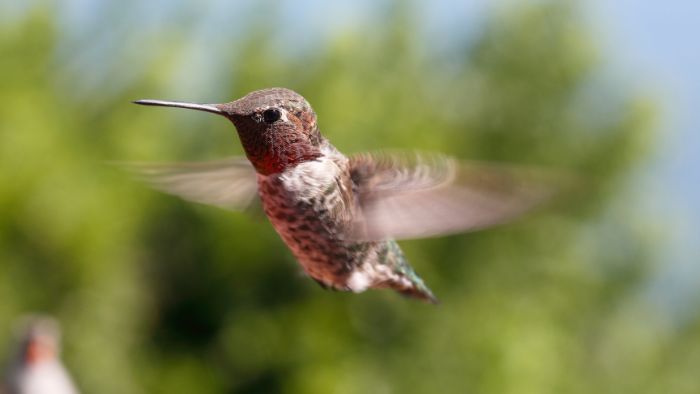 This is because they use techniqued angles and the reflection of sunlight to camouflage their dull color which makes them appear as the male species. They can beat their wings up to 80 times each minute, after all. Hummingbirds are sexually dimorphic, like many other members of the animal kingdom, and as a result, the sexes of the species differ.

Look at the distinctive characteristics of male and female hummingbirds to see how you can quickly and easily tell them apart:

The weight and height of the male and female hummingbirds are usually quite consistent, although the female does appear slightly larger. They are tiny birds that weigh no more than 0.7oz with a height of about 2 to 8 inches.

The male hummingbird species had a bright-colored patch on its chest which can be anything from red to orange or blue. This would also depend on the reflection and refraction of light.

The female gorget on the other hand does not contain any striking coloring. Instead, it had either a white, green, or brown color.

The male’s feathers are a combination of red, green, purple, and pink and are used to attract the female.

The white, green, and brown colors on the feathers of the female are perfect to divert predators, especially during the incubation period as it keeps the eggs safe.

The male hummingbird is known for their alluring tunes that serve as courtship displays. They are more territorial, especially around feeders, and are not afraid to show their aggression.

Like any mother, nesting females are very protective of their young and will defend their nests if it is threatened. 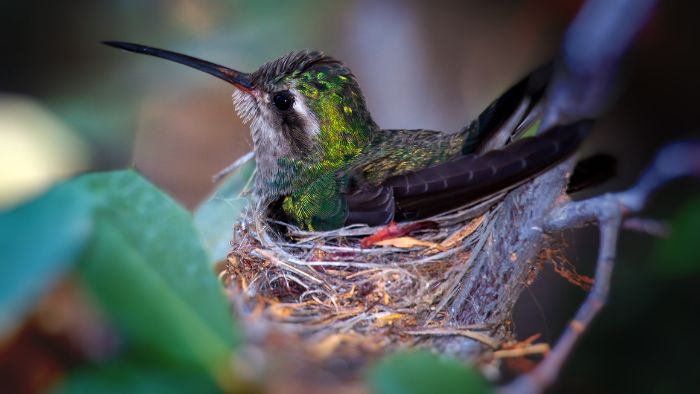 So, now that you have the answer to “do female hummingbirds avoid looking like males”? you should have a much better understanding as to why they don’t. To survive in the wild and keep predators at bay as long as they can, using light reflection and refraction is quite advantageous to these gorgeous creatures.

If you see them behaving aggressively, keep in mind that they may be defending their territory which is only natural. This is because when it comes to food, male hummingbirds are more aggressive but females are significantly more violent when it comes to their nesting sites and young. Click on the video and have a look at how the hummingbird changes color with every turn.