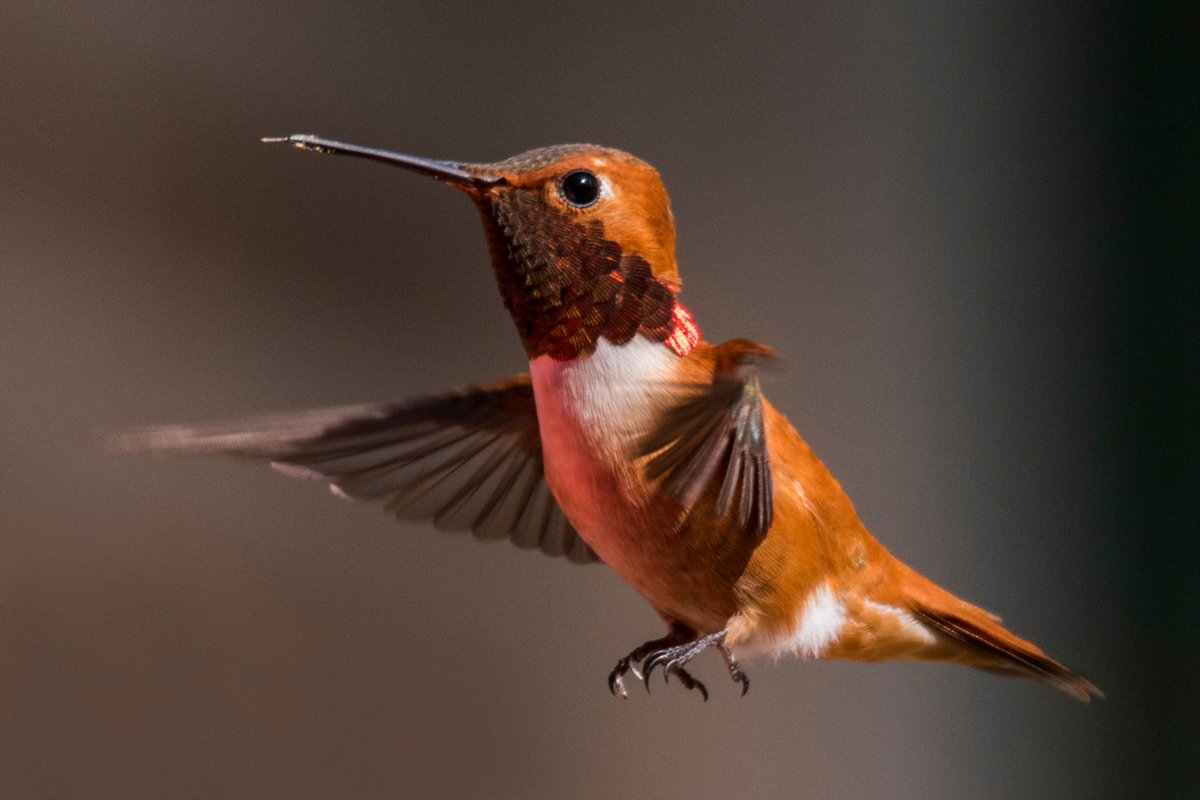 Do hummingbirds have legs? Here’s what you need to know about these magnificent creatures!

Is there anyone on this globe who would not agree with us when we say that tiny hummingbirds are one of the most fascinating creatures of the avian world? We don’t see any raised hands and are very glad! Namely, those tiny yet so powerful creatures are the only ones in the bird kingdom that can fly backward, flutter their wings at a remarkable 80 times per second, and eat half their weight in food every day, there is literally no other bird like them!

Given that they Frohlich, whizz around, and hover in front of flowers or feeders with incredible speed, we don’t really have the opportunity to closely observe their physiognomy and anatomy. This is exactly why many of us can’t help but wonder “do hummingbirds have legs?”. Well, find out below!

Before we reveal the correct answer to one of the most frequently asked questions here: “do hummingbirds have legs?”, let us tell you a few sentences about their anything-but-ordinary anatomy.

We won’t be long, we are guessing that you are extremely interested in finding out the truth, but a little bit of teasing always comes in handy, right? So, let’s go!

Did you know that these birds, although the world’s smallest, have (to some extent) the largest heart of all animals? Namely, it weighs about 2.5% of their total weight. Amazing, isn’t it? What has always been difficult for us to fully understand, or on one hand to accept as the truth, is that their small but powerful heart has about 250 beats per minute, but that’s not all, the number of beats increases to about 1,220 beats per minute when flying.

During the night, they enter a coma-like state called Torpor in order to conserve energy and lower their basal metabolic rate. Their muscular system is developed and quite strong and makes up a larger part of their weight, to make matters even more interesting, about 10% more than any other of their flying friends. Their elbows and wrists bones are fused together and their shoulders have a motion of 180 degrees, a combination that is rarely seen.

That’s it, we are done with a quick anatomy lesson and can finally give you an answer to the question “do hummingbirds have legs?”.

Do Hummingbirds Have Legs?

There is probably no other creature that is surrounded by as many myths as this nickel-sized bird. But, that’s not necessarily a bad thing, the more questions we ask and the more we explore, the more we learn about the amazing creatures we share our space with.

Well, without further ado, do hummingbirds have legs? The answer to this question is affirmative! As a matter of fact, they have legs, but due to their lifestyle and the fact that they are constantly in flight, we simply don’t get a chance to see them up close. Just because we can’t see something doesn’t mean it doesn’t exist. If they didn’t have legs, how would they perch on a branch or mate?

We believe that the creation of this centuries-old myth was helped by the fact that hummingbirds are part of the birds order called “Apodiformes”, which in translation from Latin actually means without legs, footless. Kind of funny, isn’t it? However, as we have already established, this is far from the truth because these creatures indeed have legs, just very small and weak ones. Having said that, here’s another thing you might not know, THEY HAVE NO KNEES!

The Hummingbird Handbook: Everything You Need to Know

Well, now that we know the only true answer to the question “do hummingbirds have legs?”, it’s time to go into more detail, shall we? Let’s go!

Do Hummingbirds Have Feet?

One of the popular myths claims that hummers will die if they stop flying, and probably this is where the belief that they have no legs or feet came from. However, these are all myths that you simply should not believe. Years pass, science advances, and different research results are available to us, and it is necessary to discard all those ancient, mostly wrong beliefs, and turn to more modern and true ones.

Although you may not get a chance to observe them live, YouTube is full of videos that allow you to get a better insight and see what their feet look like up close. In short, these birds have four toes on their short, kneeless legs, three of which point forward and only one of which points backward, but aren’t made for walking.

It is common knowledge that all birds spend at least some time on the ground walking, whether they are large birds of prey or small birds of prey, it doesn’t matter. Accordingly, the answer to one of the more common questions here, “do hummingbirds land?,” is yes. Although hummingbirds have legs and the free will to land and walk, they don’t really like it.

The thing is that the anatomy somehow holds them back because they have an asymmetrical ratio of the length of the legs to the feet. Let’s not exaggerate too much, their feet cannot support walking properly. Don’t be fooled, if you manage to attract them to your garden, you are guaranteed to enjoy watching them slowly shuffle across the ground, but it won’t last long, maybe less than 5-8 minutes.

The thing is, evolution has taken its toll and these birds are not known for being excellent walkers on the ground, but for the fact that they are better in the air than any other bird in the flying kingdom. If you ever notice a hummingbird standing, pay attention, it may be enjoying or it may be in danger or a threat. That’s it, now you know the answer to the question “do hummingbirds have legs?”.

To Round Up – Do Hummingbirds Have Legs?

So, do hummingbirds have legs? Of course, they do, if they didn’t have legs, how would they sit on a branch or mate?

Do hummingbirds come to your city? Tell us more in the comments below.