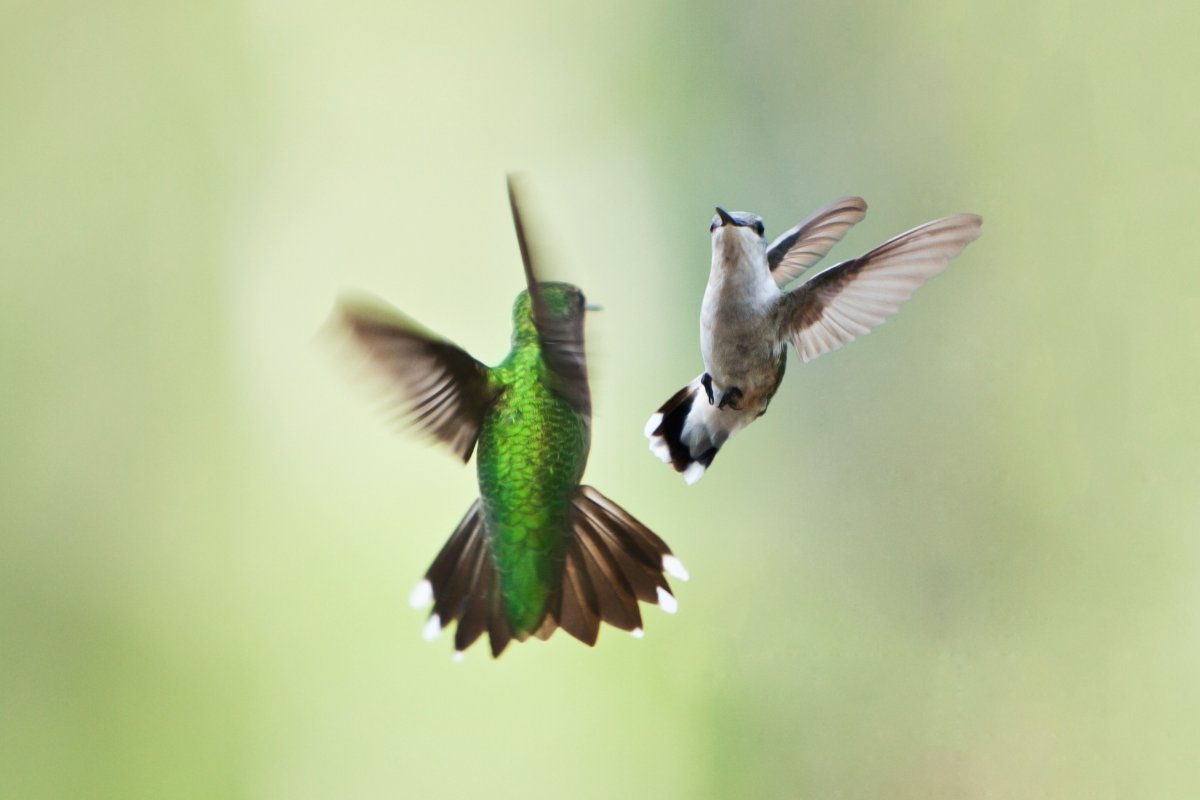 Do hummingbirds mate in the air? Check out this article because there are many interesting facts waiting for you.

To be honest, there is nothing usual about hummingbirds, we expect nothing less than astonishing from them. These incredible creatures, whose maximum weight is less than one ounce, can not only fly around any axis but also hover in the air. Their extraordinary flying abilities put them at the very top of the elite family of aviators.

Given that they do almost everything in the air, we can’t help but wonder “do hummingbirds mate in the air”. Let’s find out together!

Do Hummingbirds Have Foreplay?

Before we reveal the true answer to the question “do hummingbirds mate in the air”, let us tell you a few sentences about hummingbird mating habits.

As is the case with most other species of birds, male members of the Trochilidae family also have much prettier, i.e. more colorful plumage. Mostly on the crown of their heads or the front of their bodies, depending on the species to which the individual belongs. So, just like with humans, females can hardly resist without at least noticing a handsome male hummingbird with his beautiful iridescent feathers and dashing gorget.

Furthermore, as you can guess, these birds also have a kind of foreplay that mainly consists of mating dives. This amazing game consists of a showy flight with many loops and zigzags performed by the most dexterous males trying to catch the attention of the females and show how fantastic he is.

In addition, we mustn’t forget to mention that in most cases the male hummingbird will dance and sing. Namely, males from this diverse family have the ability to create chirps and whistles to attract females. What we found particularly interesting is that some of the mating vocals are not vocal at all. How is that even possible? Well, it’s very simple; these sounds are actually made by the feathers of the bird’s tail.

Despite the showy performance that may make a young female think that her chosen one can do anything for her, the reality is completely different because males don’t mate for life.

Do Hummingbirds Mate In The Air?

Their nesting season and mating season begin in early spring when they return from their southern winter migration. Are you familiar with the fact that females build nests before mating? They have everything prepared even before they meet their potential partner.

As we have already stated, when seducing a female, the male performs some movements to show her how strong, controlled, and simply fantastic he is, all while still in the air. Bearing that in mind, do hummingbirds mate in the air? Considering that their legs are not strong enough to walk like other birds, it is no wonder that many people ask this question. Be that as it may, the answer is negative.

Yes, it’s true that they do everything else in the air, but their legs are anything but useless. Find out more details about the hummingbird mating ritual below. 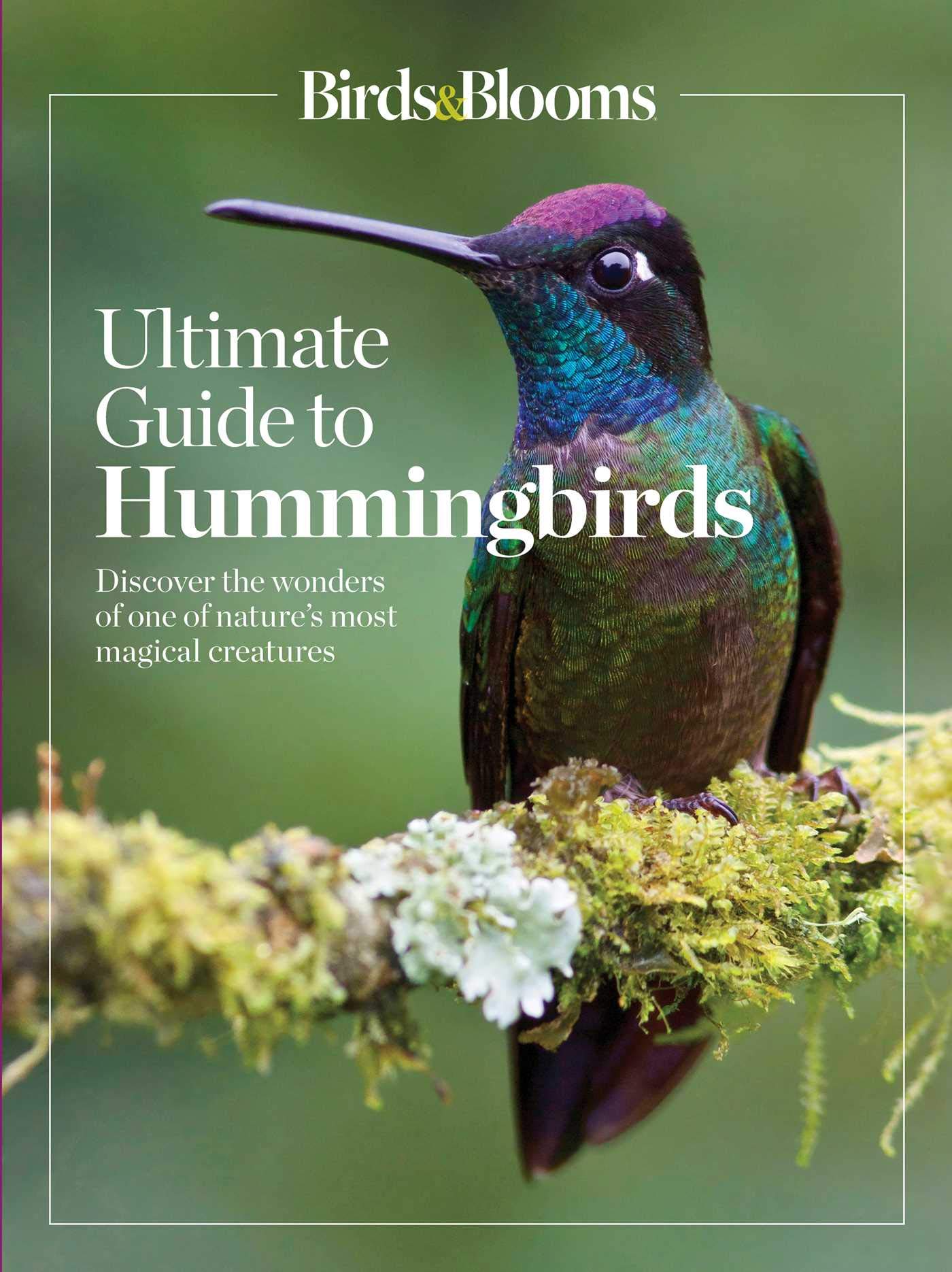 The courtship ritual of these birds is truly fascinating and it would be a real pleasure to have the opportunity to witness it. But rarely has luck smiled on someone to such an extent.

Just like a lot of other bird species, it’s the female bird who decides who will be her partner and the father of the little chicks she will soon bring into the world. Quite unexpected, but true.

It’s no secret that males are quite aggressive during courtship, but that’s their nature. As we mentioned earlier, females build a nest long before they even meet their future mates. Once she catches sight of a potential male (she shows her interest by pointing her bill at him), on some occasions the female will even take him to the spot where she has constructed her nest to show the nest more closely.

This is quite understandable because, after mating, the male will never return to the same branch. His absence is also a kind of defense against numerous predators that are attracted to their brightly colored feathers.

While they are sitting on a branch with their delicate legs, the male will make an extra effort to seduce his potential partner with plenty of vocal chirps and whistles.

After all of this effort from the male bird and with the approval of the female, the hummingbird sex act will last only 3 to 5 seconds. Did you know that a male member of the Trochilidae family does not have an external penis? Can you even imagine what the act itself looks like? We will try to convey it to you.

He may not have a penis, but he still has his reproductive organs, and in order to impregnate his partner, he will press his posterior opening, or as it is often called, the cloaca, against the female’s. They will stand in each other’s “arms” for up to 5 seconds and that would be it, mating is complete.

This is a unique method of fertilization in which the male’s sperm is transferred to the female to fertilize her eggs. After mating, the male goes in search of a new potential partner. The female then goes to her nest, which she continues to build and strengthen, and soon she will lay two pea-sized eggs from which two amazing chicks will hatch. That would be it, now you know the final answer to the question “do hummingbirds mate in the air”. 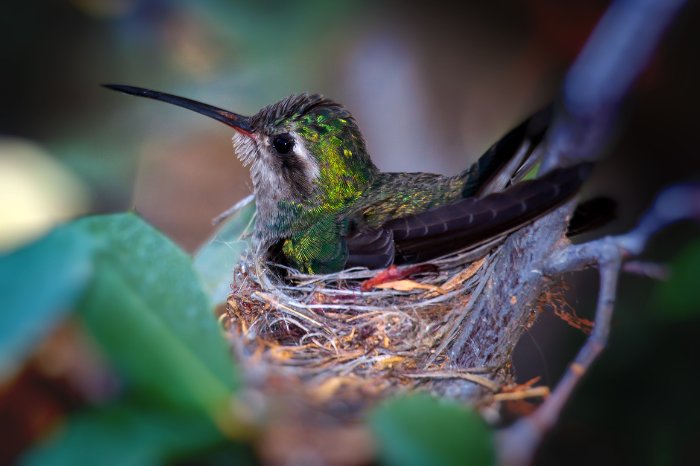 Now you know that men are not the only ones who like to sing serenades under the windows of their chosen ones, because these birds like to do it too. So, do hummingbirds mate in the air? The answer is unfortunately negative, but that doesn’t mean that some other birds don’t do it. For example, White-throated swifts will always prefer to mate in the air rather than on a branch.

Feel free to share your thoughts on what you just read! We are waiting for you in the comet section below.