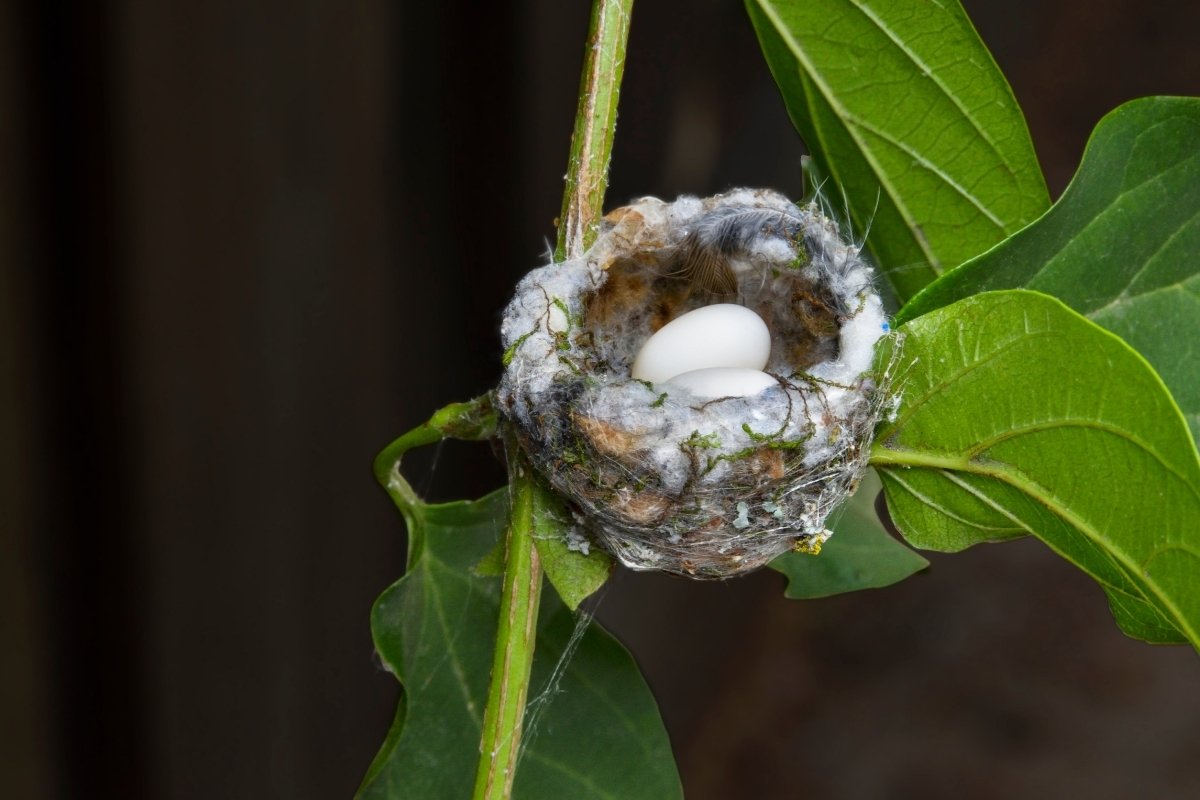 Did you notice a bird that doesn’t leave the nest in your garden and wonder how long does it take for birds to hatch? We hear so much about the matting process, the rituals each hummingbird performs to get the mate’s attention, but not so much about the after period.

Hummingbirds are responsible mothers who take care of their young alone. They lay one to three broods a year with different mates and never reuse a nest. This sounds laboursome, so let’s see how long does it take for birds to hatch and leave the nest.

Hummingbirds mate from spring to midsummer or March to July, with May being the most common month. How long does it take for birds to hatch, this depends on their migration period and type. Once the season approaches, male suitors start their performance. Male hummingbirds are territorial and can fight for the female’s attention. Females pick their mate by his physical appearance; males with nicer feathers have a priority.

After the male notices a female, he tries to impress her by flying up to 60 feet and nose-diving. During the fall, the air passing through his feathers produces a unique chirping sound. The male hummingbird might even use his voice to emit a high-pitched mating call.

If the female is impressed by the show, she’ll perch on a branch and let him approach her. Their coitus lasts 4 seconds, after which the male leaves to mate with another. The female is left alone to wait and see how long does it take for birds to hatch. She builds her nest as soon as the mating season approaches. By the time she’s found a mate, the nest is ready.

How May Broods A Year Do Hummingbird Lay

Hummingbirds can have up to 3 broods a year, but not all of them with the same mate. How long does it take for birds to hatch each brood? The whole process takes a little over a month. The eggs hatch in 16 to 18 days, but the babies stay with the mother for up to 28 days before leaving the nest permanently.

Since the couple separates right after mating, the male goes on to mate with other females. Male hummingbirds are territorial, so the female might mate with another male if she moves or her original partner moves territories.

Mating takes seconds, but how long does it take for birds to hatch? After the couple mates, it takes 24 to 30 hours for the eggs to form in the female’s body. She usually lays up to 2 eggs per brood in the span of 2 days.

When the eggs are out and settled in the nest, the females have only one task – to keep them safe and warm. Unlike other bird species, hummingbird couples don’t stay together to care for the eggs. In pigeons, for example, the female lays the eggs during the day while the male brings her food.

Since the female is solely responsible for the eggs, she builds the nest in a secluded spot away from predators. This way, she can leave the eggs and forage for food without exposing them to any danger.

So how long does it take for birds to hatch? The incubation period lasts up to 16 days, after which the baby hummingbirds appear.

Who Lays the Eggs?

The female hummingbird is the only one that lays the eggs. She defends the area around the nest from any hummingbirds and might fight if someone crosses the line.

How Long Before Bird Eggs Hatch

How long does it take for birds to hatch when the female is the only one laying them? Don’t doubt the mother hummingbird; she keeps the temperature around the eggs at 96 to 98.6°F. Evey now and then, she uses her feet and beak to rotate the eggs, so they don’t overheat.

Even if the hummingbird abandons the nest for a while during the day, the eggs are most likely to survive. In the optimal conditions, the eggs will hatch in around 2 weeks.

How To Know When Do Bird Eggs Hatch

If you have regular hummingbird visitors, you can monitor their behavior as soon as they come in spring. Look at the large tall trees in you garden. If you spot a hummingbird flying in and out repetitively during the day, she’s probably building a nest.

The Hummingbird Handbook: Everything You Need to Know about These Fascinating Birds

To learn how long does it take for birds to hatch, we need to know when the hummingbird laid the eggs. Hummingbirds decide to mate when there’s a reliable food source, often in early summer when flowers bloom and insects are plentiful.

Monitor the male hummingbirds in your garden. With some luck, you’ll catch their diving performance.

Don’t climb or approach the trees where you think a hummingbird nest is located. The hummingbird is protective when it comes to other birds, but she is scared of people and might abandon the nest.

Check Out 7 Surprising Facts About Feathers

Bottom Line: How Long Does It Take For Birds To Hatch

How long does it take for birds to hatch depends on their species. Hummingbirds are among the fastest hatchers, with 16 days on average. Some birds lay their eggs for almost 3 months!

If you spot a nest, the best you can do is avoid passing by the area in the following weeks. As soon as the eggs hatch and 20 days pass, you might spot the fledglings!