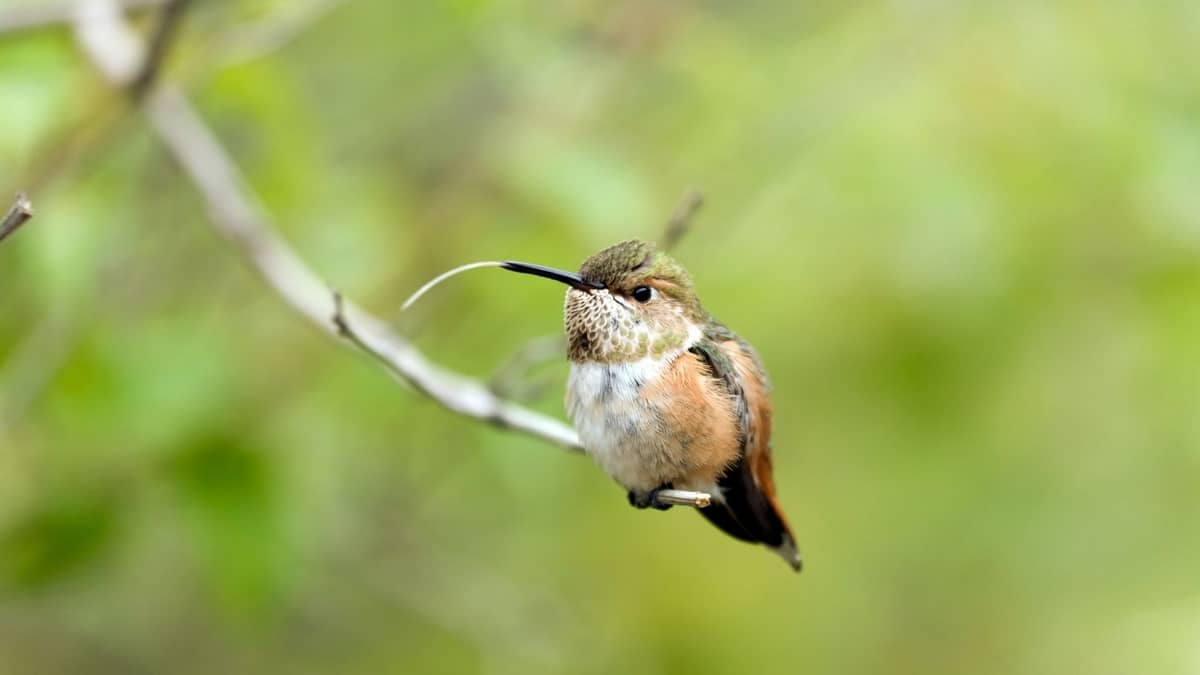 These shimmering birds never cease to amaze us with their different interesting activities. One of which is feeding on nectar solutions. Hummingbirds definitely have some unique abilities for them to be able to sip nectar multiple times from feeders and flower-producing nectar. This is thanks to hummingbird tongue length.

The precise way these beautiful birds use or work their tongue in a special way has made lots of people including researchers wonder how they do this.

In this article, we will be discussing what you need to know about hummingbird tongue, the length of their tongue, how the tongue works, and many more. So, continue reading to gain some insight on this.

How Long Is A Hummingbird’s Tongue

But hummingbirds have the ability to stretch their tongue which ends up almost doubling the length of their normal tongue. Also, the tongue of female hummers tends to be longer than that of the males.

Generally, these birds can extend their tongue length approximately a distance equal to the length of their bill.

These iridescent birds are capable of propelling their tongue in and out of their bill. They can do this up to 12 or 18 times in just a second. 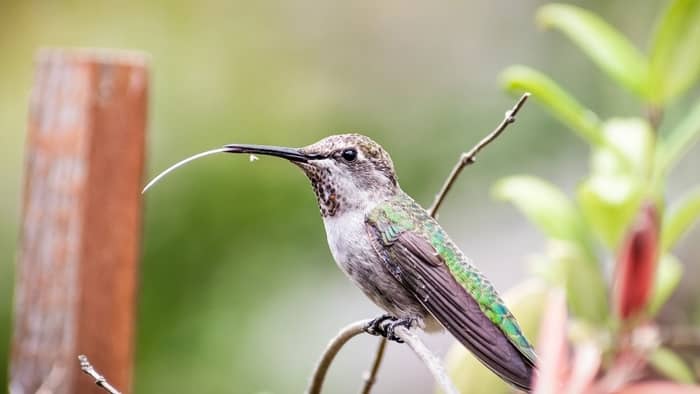 One distinctive feature of hummingbirds is the ability to use or work their tongue while they feed on nectar solution multiple times. Hummingbird can stick out their tongue as far as their bill length.

With the use of hummingbird’s tongue, they use it to lick up nectar into their mouth. These tongues are long enough that when they are retracted the tongue coils back up into the head of the bird around the skulls and eyes.

The tip of the tongue is forked-like and it has some hair extension known as lamellae and this is what goes into the nectar solution.

Hummingbirds drink nectar with the help of their hair-like long tongue. The tongue gets wet as it meets the nectar solution.

Basically, the edge or tip of the tongue is divided into two and the outer edges are curved inwards. This forms two tubes that run side by side. However, these tubes don’t close up so the birds can’t draw up nectar-like straws.

Rather, it was believed that the tubes are narrow enough to passively draw or pull out the liquid into themselves. This is a process known as capillary action. This can be compared to the soaking of paper towels, the reason why tears come out from the eyes, and how ink runs into the nibs of fountain pens.

Hummingbird’s flickering tongue was filmed with high-speed cameras. Here was their new discovery from the footage:

The two tubes at the tip of hummingbird tongues are basically nectar trapped. The tubes are segmented into row flaps that are connected to a supporting rod. The flaps stay closed when the bird is eating or not sipping nectar. 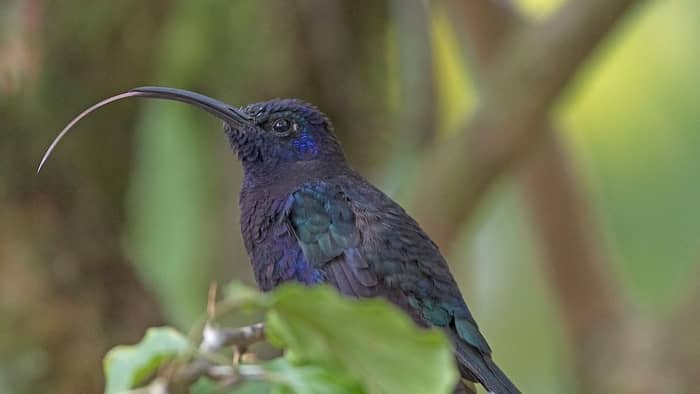 Once hummingbird begins to feed by encountering the nectar solution, the tip of the tongue splits open. Then the tip is immersed in nectar solution and flaps on each fork open up exposing a row of the flap along the edges.

Then the tongue is withdrawn as it engulfs nectar and the flap closes or seals tightly. So, nectar is captured and delivered into the mouth of the hummingbird.

This is how hummingbirds gulp in nectar solution. The bird doesn’t force its tongue to open. This process is carried out by hummingbird automatically and it occurs within a split of seconds and thousands of times per day.

Therefore, it’s safe to say hummingbird’s tongue is a fluid trap and not a capillary tube.

Hummingbird’s Tongue Infection: How To Avoid This

Hummingbird tongues can be prone to infection. This is another good reason why your feeders should be kept clean and refilled at appropriate times. 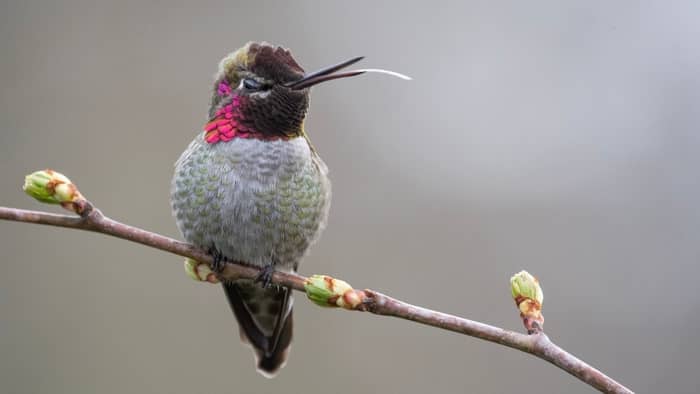 So, to avoid predisposing our sweet hummers to this infection always ensure you clean your feeders at appropriate times.

Also, whenever the weather temperature is hot, this is the time to always clean and change your nectar solution frequently. This is because the nectar solution tends to ferment quickly as the sugar breaks down. This can lead to the growth of bacteria, mold, and fungus. Also, fermented feeders can be very bad for hummingbirds.

Ideally, hummingbird feeders should be cleaned at least once a week in cool weather. Then it will require more cleaning (at least twice or thrice a week) when the weather is hot.

So here is a quick recap of what we’ve talked about:

Read more about How To Make Hummingbird Food In Microwave