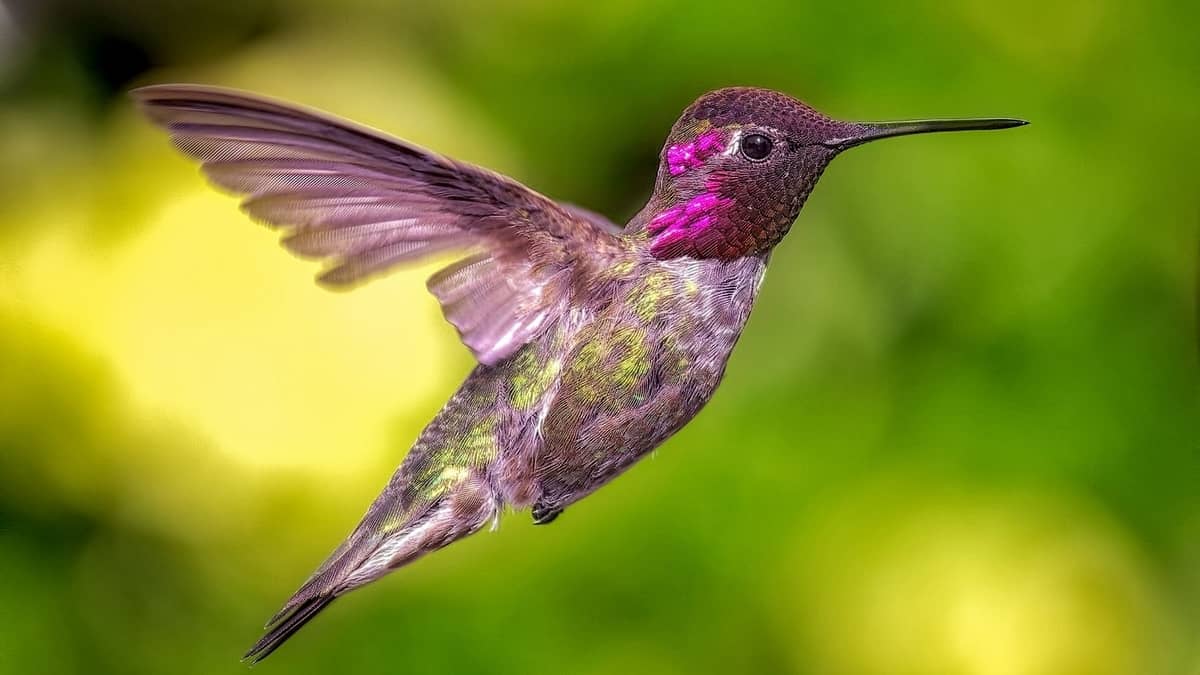 Feeding is one of the main reasons why hummingbirds migrate. Many people put out hummingbirds feeders to attract these lovely vibrant birds during their season in different states. If you live in Ohio and you’re wondering when to stop feeding hummingbirds, we will be discussing that in this article.

These radiant birds go in search of flower nectar, insects, and other sources of food during their season so that’s when they return to different states. They feed and breed then when it’s time to migrate, they gather up enough fat that will help them journey to their new location.

Now, putting out your feeders for these iridescent birds slightly varies in different states. In this article, we’re going to be discussing when to stop feeding your hummingbirds in Ohio. So continue reading to find out.

When To Put Out Hummingbird Feeders In Ohio

Supplying these radiant hummers with your feeders will not only attract them to your yard, but you will also be helping them gather up fat and energy for their next journey.

All the states in the United States slightly vary to when hummingbird feeders should be put out. Some states may be similar due to similar weather patterns and geographical locations, while some states may vary.

For Ohio, we have estimated that you can put out your hummingbird feeders starting from the last week of March or mid to late April. Usually, the ruby-throated species are the ones to migrate to Ohio and the males are the first to arrive followed by the female hummers two weeks later.

Note that these estimations are done based on research. However, hummingbirds may arrive a little earlier or later from the period we stipulated.

When Should You Stop Feeding Hummingbirds

There is really no particular date to stop feeding these hummers. However, a general guide can direct and give you an estimate on when to stop feeding hummingbirds. So, we recommend you stop feeding your hummingbirds when you’ve stopped seeing them at least two weeks after their migration period has elapsed.

Now this migration period will vary across regions and this is due to weather patterns. Thus, each state will have different or similar hummingbird seasons.

In Ohio, the hummingbird season starts in April or May and lasts up until September. So this is the period you should stop feeding your hummingbirds.

However, some hummers that are stragglers or rare and accidental species may pass by your yard around November or even December. So you can leave your feeders hanging for a while. This is why you should be aware of your state hummingbird season.

Another thing some people think is that leaving their feeders up for too long may delay these birds from migrating and they may end up stuck during winter. Well, this is totally untrue.

Research has found out that hummingbird migrations are triggered by day length. It is generally believed that these hummers can discern small changes in daylight duration. Also, they can sense changes in the abundance of flowers, insects, and nectar. Another thing that may also trigger their migration decision is instincts.

So, it is generally fine to leave your feeders a little longer after their migration. In fact, leaving your feeders up longer may help any straggler that lost its way while traveling to stop by and feed to refuel for its journey. 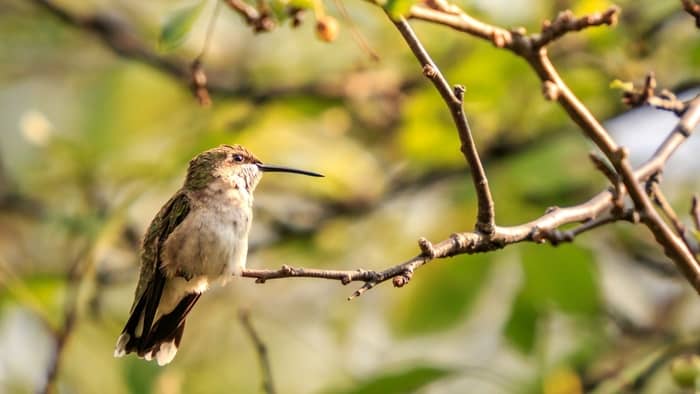 When Do Hummingbirds Leave Ohio

Hummingbirds will leave Ohio to migrate around September to spend the winter in Central America, Mexico, or Florida. However, it’s not unlikely to still notice some rare or accidental species pass by around November or even December.

Hummingbirds Species In Ohio: When To Stop Feeding

About 300 species or even more hummingbirds are generally known. Let’s take a look at the species you may find in Ohio.

The ruby-throated species also known as Archilochus colubris is the most common type of hummingbird found in the United States.

The rufous species also known as Selasphorus rufus is the second common species found in Ohio. This species mostly show up in the first week of May. Then most of these species will depart towards September ending. The ruby-throated and rufous hummingbird species are usually similar in identifications.

Broad-tailed hummingbird species also known as Selasphorus platycercus is a rare type of hummingbird that you may come across in Ohio. Seen passing by around November or even December in your city.

Calliope species is also known as Stellula calliope. It is also a rare or accidental hummingbird species that may be found in Ohio. These species are one of the smallest types of birds found in North America. They can be seen around October or November.

The anna species also known as Calypte anna is also a rare pr accidental type of hummingbird. These bird species are pretty territorial and their appearance is similar to costa hummingbirds. However, the male of the costa hummingbird gorget is quite longer than that of anna’s.

You may encounter these species around October or November after other common species must have migrated.

Hummingbirds In Ohio When To Stop Feeding: Conclusion

If love to have these dazzling birds around you then feeding these radiant hummers is a sure way of attracting them to your yard. Hummingbirds will increase their feeding rate towards the end of their migration to gather adequate fat to migrate. So, continue supplying them with some feeders.

Although most hummingbirds in Ohio will migrate around September, we recommend you to stop feeding your hummingbirds around November or December. This is because some stragglers may still find their way to your yard and require feeding to refuel for their migration.

Read more about When Do Hummingbirds Leave Kentucky?