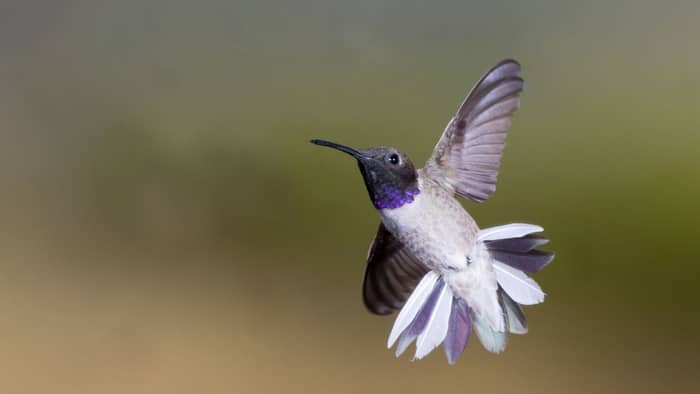 Many people anticipate the captivating hummingbird’s season. It brings joy to feed and watching these lovely hyperactive birds. If you live in Kentucky and you’re wondering when do hummingbirds leave Kentucky, we will let you know in this post.

Hummingbirds have special migration for various seasons and various states in the United States. The majority of these birds will spend the winter in Central America, Florida, and Mexico. Then relocate to the North to their breeding grounds in southern US and western states as early as February or March. Then later in the spring, they will move to areas further north.

But when do hummingbirds leave Kentucky? Let’s find out.

Some Info About Hummingbirds

Hummingbirds are native to America and their species are over 300. These lovely birds prefer rain forest locations and they live majorly in South America. Their feathers are so colorful and dazzling and when they fly, a humming sound is created by their beating wings. This humming sound is usually generated by the air that flows through their feathers.

Hummingbirds are one of the tiniest birds you can find and they lay the smallest eggs amongst other birds. They are the only birds capable of flying backward, hover in the mid-air, fly sideways, and even fly upside down.

They have great eyes sight that can see farther and they have the ability to see ultraviolet light. Hummingbirds see more colors than humans and this is thanks to the additional sensory cell (cones) preset in their eyes. Their hearing means are also amazing and even better than humans.

These birds have an average life span of about 5 years. However, hummingbirds have been known to live more than 10 years.

Spring usually welcomes the vibrant hummingbirds in Kentucky. So, the majority of these bird chipping animals make their way back to Kentucky.

These colorful vibrant flying animals are a definite sign of spring and upcoming summer. Therefore, you might want to keep your eye out as thousands of them make their way back to your state.

When Do Hummingbirds Leave Kentucky (KY)

In Kentucky, there are usually 4 species of hummingbirds known to occur throughout the year. These species have periods they arrive and depart and these 4 species usually have similar arrival and departure period. So let’s take a look at them:

The ruby-throated hummingbird is also known as Archilochus colubris and they are one of the most common species found in the United States.

Their female tail feathers have banded black, white, and grey-green. They also have a back green color. The throat of their male is ruby-red with a white collar, and an emerald greenback with a forked tail.

During summer, the ruby-throat hummingbirds are usually abundant throughout Kentucky. They will arrive around mid-April. However, some records have shown that they can arrive as early as the last week of March.

The ruby-throated hummingbirds will leave Kentucky by the end of September. However, some may migrate later and depart by the end of November.

The male rufous throat is glossy orange-red colored. While the female throat is whitish and speckled with greenbacks and crowns and rufous white-tipped tail feathers.

The black-chinned hummingbird is also known as Archilochus alexandris. Most of their body feather is black colored. Their male can be identified as having a black sparkling throat that has a purple edge and pale feathers below and this generates a collar.

The green violetears hummingbirds are known as Colibri thalassinus. They are pretty rare and they are identified by their metallic green colors. This species mostly inhabits or occupies Central America and Mexico. However, seasonal movements have been noticed.

The list above usually contains all the species of hummingbirds found in Kentucky. However, it is not uncommon to find drifter species of these birds that is not native to Kentucky. This is pretty rare but not unheard of. 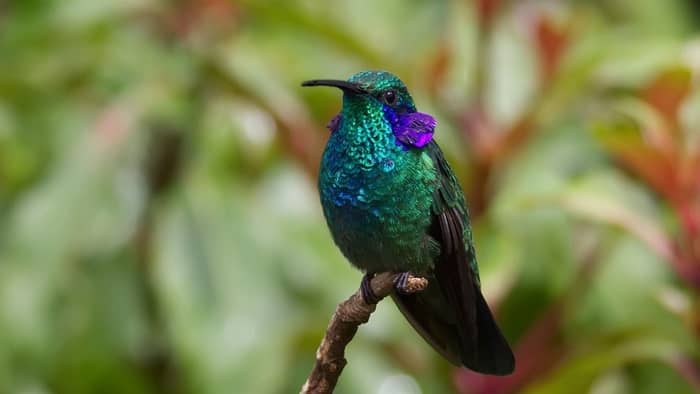 When To Put Out Hummingbird Feeders In Kentucky

Put out your hummingbird feeders when spring is close by. Usually, this should be around March. Even though most hummingbirds arrive mid-April, some of these birds may arrive earlier around March ending.

When To Take Down Hummingbirds Feeders

Many people many think to take down their feeders early during fall. They do this because they might think hummingbirds may stay for too long when the feeders are left up. However, research has shown that’s untrue. Their migration is mainly triggered by day length.

The fact is leaving your feeders up for long can help late birds migrating by providing supplemental food for their journey. As we know, the hummingbird will feed more and gather up fat close to their migrating season. This is so they can have enough fat and energy to support their journey.

However, if you have not noticed any hummingbirds in two weeks around mid-December, you can take them down.

Conclusion On When Do hummingbirds Leave Kentucky

The ruby-throated and rufous hummingbirds are the most common in the United States and they occur in almost all states in the US.

Generally, hummingbirds will leave Kentucky by the end of September. However, a few late migrators may leave much later around October or even November. They will mainly spend the winter in Central America and Mexico.

You should put your feeders out around mid-March (around spring). Then you can take down your feeders by mid-December and when you have stopped noticing any hummingbirds in about 2 weeks.

Read more about When Do Hummingbirds Leave Missouri