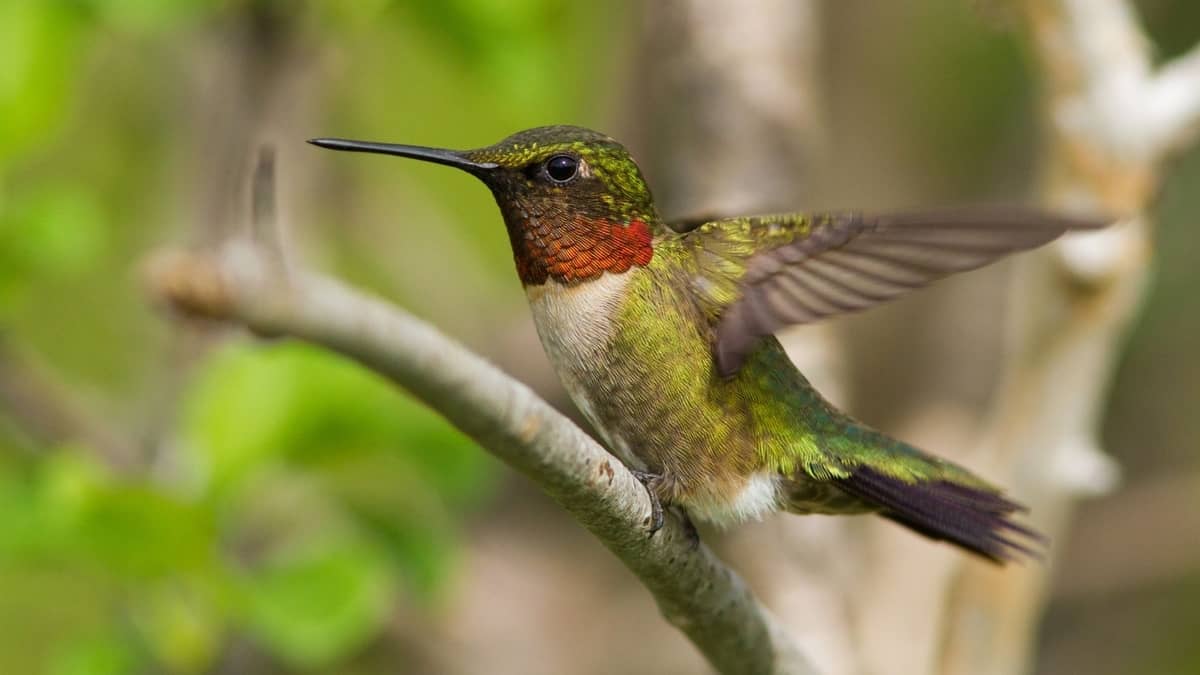 Do you reside in Missouri and wondering when do hummingbirds arrive and leave Missouri? Let’s dive in to find out about this.

Many people look forward to hummingbird seasons as it gives that delightful feeling to have these lovely birds hovering around your yard. Different states record hummingbird arrival and departure in their areas so having an idea of when hummingbird season will be in your area won’t be a bad idea.

So if you’ve always wondered when do hummingbirds arrive and leave Missouri we will be discussing that in this post.

Hummingbirds zipping around your yards and feeding on nectar are pretty interesting to watch. But they have the season they arrive and migrate in different areas in the United States.

Thousands of hummingbirds rushing over our side is a sure sign of spring. So, hummingbird’s season is usually during spring and it will last up until fall.

How Long Do Hummingbirds Stay In Missouri?

Hummingbirds will stay in Missouri from spring up until fall. These birds typically return our way starting from April or May then migrate back to Central America, Mexico, and Florida to spend winter.

These lovely birds will stay in Missouri and other states to feed, nest, and breed during their season. Then they will migrate to spend winter southward in Mexico and Central America.

When Do Hummingbirds Leave Missouri?

Hummingbirds will leave Missouri around fall. Most hummingbird species will begin to leave by the middle of August and some leave towards October.

There are different hummingbird species that can be found in Missouri and these species may be native to Missouri or simply vagrant species.

So, let’s take a look at the hummingbird species found in Missouri:

The Ruby-throated hummingbird is a native breed. This species of hummingbird is the most commonly found and they are the only species that will nest in Missouri.

The male of this species comprises a ruby-red throat, a white-collar, a forked tail, and an emerald greenback. The female on the other hand has tail feathers that are white banded, grey-green, and black and their back is green colored.

Ruby-throated hummingbirds will arrive in Missouri around April and stay till August to late September. These species are frequent visitors. However, some of this ruby-throated are inhabitants that will stay all year round including during winter.

Another hummingbird species that can be found in Missouri is the Rufous hummingbird. These birds are so fearless even though they aren’t so big that they can chase bigger birds away from their favorite nectar flowers or feeders.

You can easily identify hummingbird females by their whitish speckled throat. The female back is green and their crown is as well with a white-tipped tail feather. The male on the other hand can be identified by their throat which is glossy orange-red.

Rufous species will arrive in Missouri around May and depart around late fall. 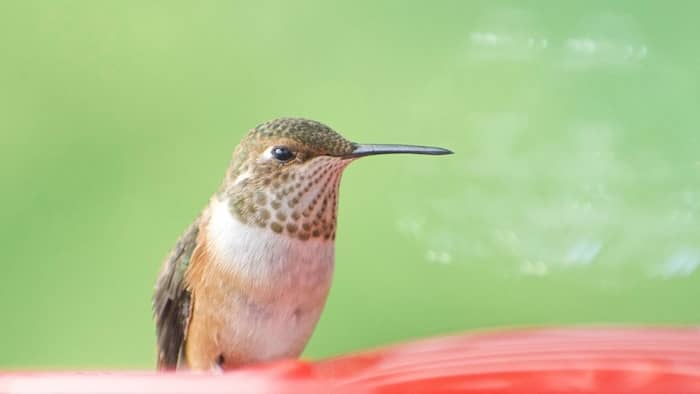 Allen’s hummingbird is another species found in Missouri. It may be confused with a Rufous hummingbird. However, you can differentiate and identify them with their greenback while Rufous has a coppery back.

Allen’s hummingbirds are accidental vagrants that you may encounter once in a while.

The Anna’s hummingbirds are accidental vagrants and one of the biggest types amongst other species. The Anna hummingbird is unique as they are the only species that generates complex noise, unlike all other hummingbirds that are mostly silent. This sound is generated as they move from flower to flower.

They may be confused with Costa’s hummingbird. But the difference is the male Costa’s hummers have longer throat feathers than Anna’s.

Anna’s species are known for their territorial characteristic. Their male comprises dark rose-red throats and crowns and this may appear dark purple or black in low light. The females can be identified by their grey chests with white and red spotting on their throats. The female also has a greenish back and white-tipped tails.

Black-chinned hummingbirds are accidental vagrants. Their female appears pale blue but at times you may also notice a partially sparkled throat with a greenback.

Their males are identified by their black shimmering throat with a purple edge. The males have a pale feather that forms a collar. But generally, their head appears all black and the back green. While there are also some green feathers covering their chest.

Calliope species are also accidental vagrants and they are one of the smallest species found in America. But take note not to confuse the calliope with broad-tailed hummingbird and Rufous hummingbird.

They are identified by glossy green on their back and crown. They also have white underparts. The Calliope’s adult male gorget appears wine-red streaks with green flanks and a dark tail.

Their female and young ones appear to have a pinkish wash on the flanks. Their throat appears to have dark streaks and they have a dark tail with white tips. 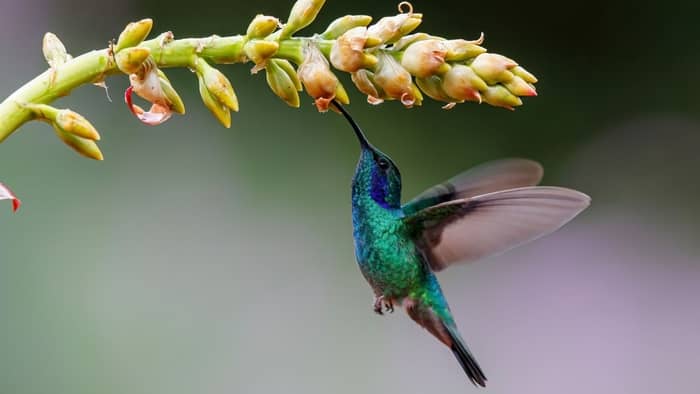 This species of hummingbird is a rare or accidental visitor. So, they can be spotted in Missouri occasionally. However, they are majorly inhabitants of Mexico and Central America.

The Green Violetear can wander all around and go from North to the United States. They can even go as far North as Canada.

We have estimated that hummingbirds arrive around April and leave Missouri around August. However, you may encounter some rare or accidental hummingbird visitors in late fall (October or November). And in Missouri, there have been records of about 6 hummingbird species which may be native or vagrant species.