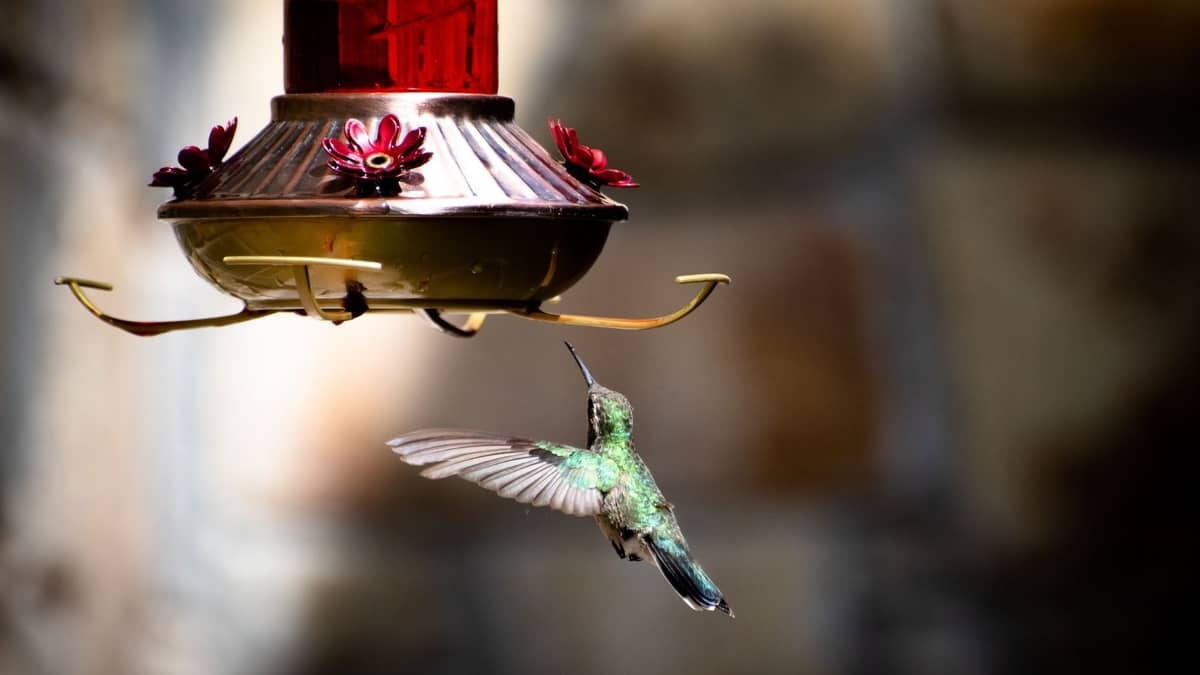 Hummingbirds are beloved creatures that aren’t afraid to get up close and personal with humans. It’s not at all uncommon to find them feeding in your yard, and it’s possible that they’ll approach you directly. This behavior is odd in comparison to other bird species which will usually avoid any contact with humans, and that’s what makes people wonder why do hummingbirds hover in your face.

Food is usually the motivator behind most animal behavior, and the same rule applies to hummingbirds. One of the likeliest reasons for a hummingbird to hover around you is because they’re looking for food.

This is especially likely if you have a bird feeder in your yard! Once the feeder is empty, the hummingbird will try to draw your attention in order for you to refill the feeder.

Hummingbirds need an almost constant intake of calories because of their deceptively quick metabolism – they can sometimes visit up to 2 000 flowers a day, and flying that much requires a lot of food.

This is why they’re so dependent on bird feeders – they’re the most reliable source of food for hummingbirds! 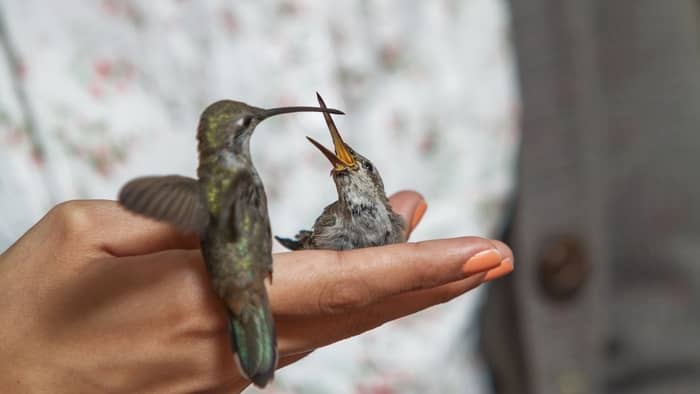 Believe it or not, hummingbirds can actually recognize humans! Their memory is so well-developed that they can memorize specific flight patterns as well as the exact locations of flowers and bird feeders!

If you refill your bird feeder regularly, it’s likely that the hummingbird feeding on it will memorize your face.

The bird will start to associate you with food and it will feel safer around you. This is also connected to the bird looking for food – once it associates you with bird feed, it flying up to your face is basically requesting food!

Hummingbirds are very curious animals and it’s not unlike them to want to explore. This, of course, doesn’t only apply to you, but to everything and everyone new in their environment.

Hummingbirds hover around you to find out who you are.

This inquisition is completely natural, and if it isn’t hovering around you because it’s looking for food, then the hummingbird is likely just inquiring about you.

This is especially common if you’re new to its environment!

Scientists have also found that hummingbirds are very attracted to the color red – if you place your bird feeder near a patch of red flowers it’s most likely going to get a lot of visits from hummingbirds.

They’re very curious about anything red and will explore the color as soon as they see it. They’re also fans of the combination of pink and purple!

To sum up, the likeliest reason a hummingbird is hovering around your face is hunger! These animals are extremely dependent on constant calorie intake and it’s most likely asking for food.

It’s also possible that it’s just curious about you– that’s especially possible if you’re new to its environment!

Learn more about Where Do Hummingbirds Go When It Rains