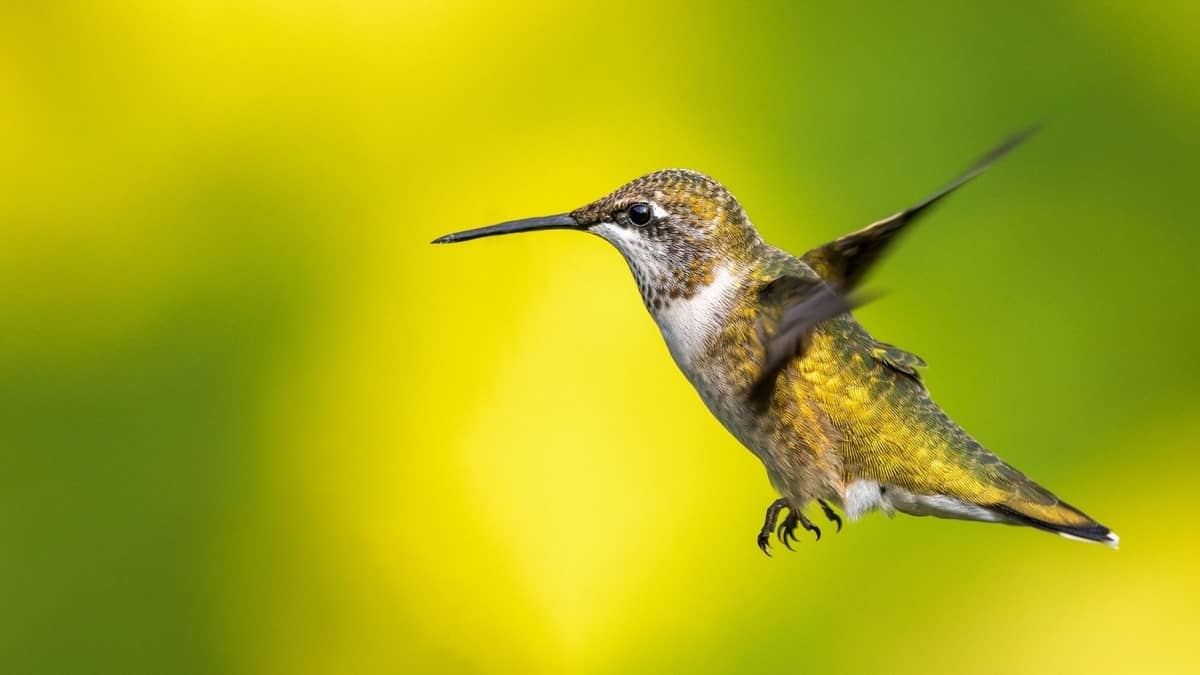 Are there yellow hummingbirds? Stay with us and find out.

Did you know that there are over 350 known hummingbird species, with new species being described every year? Amazing isn’t it? While some of these hummingbirds are unique and distinctive, others are very similar and difficult to distinguish.

Their brilliant, glittering colors and elaborately specialized feathers will rarely leave anyone indifferent. We know that there are metallic bronze, dark green, copper red, and reddish-brown, but are there yellow hummingbirds? Keep reading, as you may be surprised to find out.

While other birds present the color associated with their species, it is quite different in hummingbirds. Namely, the iridescence of the hummingbirds’ feathers itself presents an array of diverse colors.

For easier understanding – just as the ocean appears blue as it reflects the blue sky, the same goes for these little creatures, because the wavelengths of the sun reflect off the hummingbird’s feathers. These different wavelengths create a spectrum that ultimately determines what colors the human eye can see.

If you remember the science class lesson, some objects reflect light while others absorb it. This results in different objects appearing in different colors. 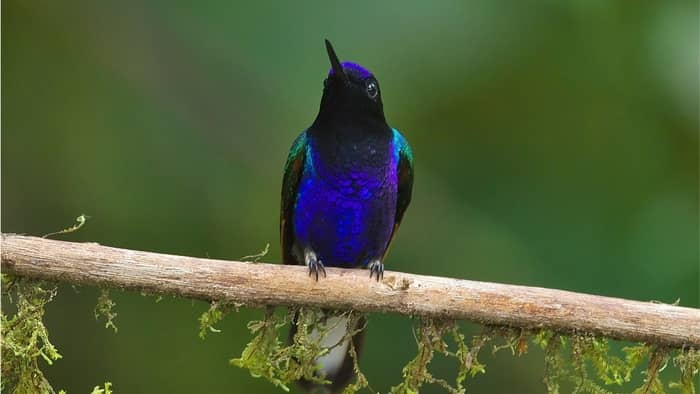 Hummingbirds really fascinate onlookers, especially when it comes to their colors. Namely, while flying, it seems as if they change colors rapidly with each movement. Although many (especially the inexperienced) will swear that hummingbirds change color, this has much to do with their iridescent plumage.

Part of that sunlight reaches the surface of the feather and one part reflects back off the bubbles. The light is refracted in different directions and all this together contributes to the fact that the hummingbirds seem to change color as they fly. So, even though it’s beautiful, it’s just an illusion.

Since these beautiful little creatures appear in different colors, many are wondering “are there yellow hummingbirds?” Therefore, let us explain.

Question Of The Day: Are There Yellow Hummingbirds?

Although you would expect otherwise, there is no single hummingbird that is completely yellow. For example, there are some species, like Allen’s Hummingbird that have a throat that ranges in color from orange-red to yellow-orange.

Furthermore, we have to tell you that we are not surprised that you are wondering “are there yellow hummingbirds” since the internet is flooded with pictures depicting just that, a little yellow creature that looks just like this bird.

Keep reading because we will reveal the secret below. 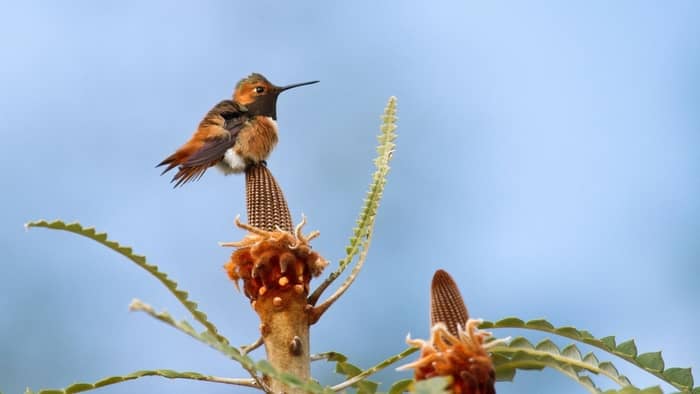 Namely, it is not a hummingbird but a sunbird, which belongs to a group of brightly-colored birds in the Nectariniidae family. The Olive-backed Sunbird (Cinnyris jugularis), also known as the yellow-bellied sunbird, is one of the most common birds across southern China. However, it is not the only country he prefers as it can be found in Queensland as well as in the Solomon Islands.

This small honeyeater-like bird with a distinctive down-curved bill can grow up to 5 inches. As for the physical appearance, in a large part of this species, the underparts of both males and females are bright yellow, and their backs are a dull brown color. Males of this species have a yellowish-olive head with a yellow supercilium and a yellow mustache stripe. Therefore, a yellowish color predominates on them, except for the tail, which is black with a white type.

Furthermore, an iridescent dark-bluish or dark-violet gorget extends from the chin to the upper breast, the rest of their bodies are in the dominant color. In addition, their beak is black and their feet are dark gray. As for the females, they are quite similar, but a little paler in color. Finally, it is important to note that they lack the iridescent gorget, being wholly yellow underneath.

That would be it, now you know the answer to the question “are there yellow hummingbirds?” 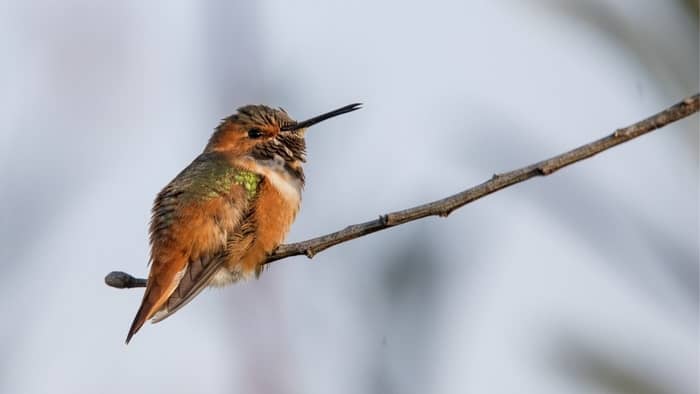 This small honeyeater-like bird has a distinctive down-curved bill and is recognizable by its underparts, which are bright yellow in both males and females.

We hope you found this article useful. If you have any questions feel free to ask in the comments.

Also read: Are Hummingbirds In Indiana Yet? 4 Important Things You Need To Know About Their Visit To Hoosier State

What Is The Rarest Hummingbird?

One of the rarest hummingbirds is the tiny Esmeraldas Woodstar. It is an endangered species of the hummingbird because it is threatened by severe habitat loss. Namely, less than 5% of its rainforest habitat in the lowlands remains as a result of logging, development, cattle grazing, and agriculture.

What Is The Difference Between Hummingbird And Sunbird?

Sunbirds resemble hummingbirds in that they are small, colorful, and very active. In addition, both feed on nectar. However, the main difference between hummingbirds and sunbirds is that sunbirds feed while perching, and hummingbirds on the other hand, usually feed while hovering.

What Are The Four Different Things For Which The Birds Use Their Beaks?