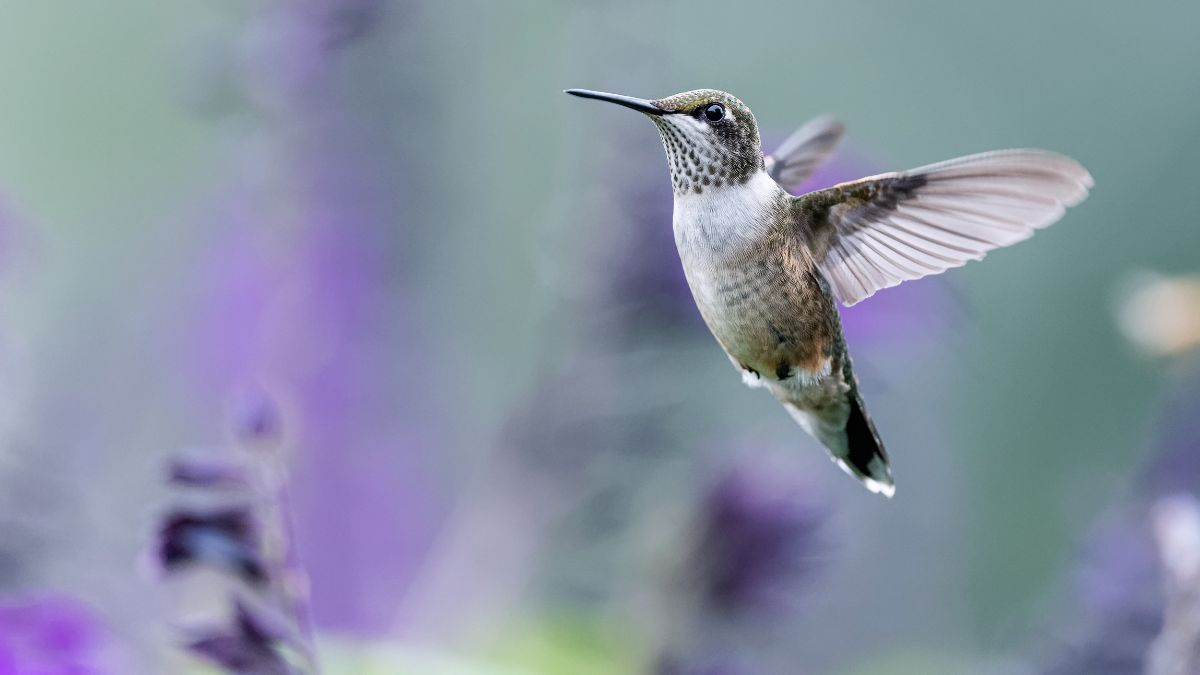 Do hummingbirds migrate in flocks? We discovered an answer that might surprise you. That’s why we suggest you take a look at this article.

Before you get to know the answer to the question “do hummingbirds migrate in flocks?“, we would like to introduce you a little more to these tiny creatures.

Did you know the smallest hummingbird is also the smallest bird in the world? Together with the beak and tail, it is only six centimeters long. The Bee Hummingbird is an absolute miniature, measures two and a quarter inches long, and weighs less than two grams.

But if you’d like to see one, you will need to travel to Cuba because it is the only place you can this tiny wonder. Furthermore, have you heard that they also have the fastest metabolism in relation to their size in the entire animal kingdom? Their metabolism is so fast that they need to refuel it constantly and consume 50 percent of their body weight every day just to maintain their normal weight. Amazing, isn’t it?

Do Hummingbirds Migrate In Flocks?

It’s a wonder how hummingbirds are so small, but then again so powerful and special. Birds the size of large beetles flap their wings more than 50 times in a second. But beyond that, hummingbirds travel long distances (hundreds or thousands of miles), leaving the cold climate in winter and returning in the spring.

Many species of birds typically migrate in flocks. Of the 361 known species of hummingbirds, the majority only flock briefly while feeding.

So, do hummingbirds migrate in flocks? Hummers prefer to migrate alone and each individual moves independently. Even young birds traveling south for the first time fly alone without parental guidance. Instead, they rely on instinct. Because of their fast metabolism and burning energy quickly, they make stops many times to feed when they travel.

During peak migration times, food sources overflow with hummers. At such focal points, they come and go alone, not in flocks. Each individual journey consists of a series of relatively short flights separated by refueling stops.

You may also be interested in some other interesting questions about hummingbirds. Therefore, stay with us and find out more!

How Long Does It Take A Hummingbird To Fly Across The Gulf Of Mexico?

Now that you know the answer to the question “do hummingbirds migrate in flocks“, let’s try to explain how long such a solo trip lasts on average.

Each year, hummingbirds undertake two migrations- north and south. These train journeys of hundreds or thousands of miles require tremendous preparation and shocking amounts of energy from these tiny birds, the tiniest in the world.

The northern spring migration from South America and Mexico to Canada is a solitary journey; aiming to reach breeding grounds early enough to claim the best foraging grounds. The southern migration of hummingbirds follows a similar time frame and the last stragglers will cross the U.S border by late October.

Hummingbirds can fly across the Gulf of Mexico in 18 hours if the weather is good. In case the weather is bad, it can take 24 hours or more. Hummers are capable of traveling amazing distances entirely on their small wings. Many experts support the idea that many Ruby-throated hummingbirds fly over the Gulf of Mexico at least once a year. It is astonishing if we consider it is more than 600 miles journey and they do indeed fly non-stop during spring and fall migrations.

How Far Do Hummingbirds Fly In A Day When Migrating?

They can usually travel up to 500 miles. Yeah, that’s right! This little birdie can fly about 500 miles and some of the species even more than that, migrating from one place to another, before reaching their intended destination. 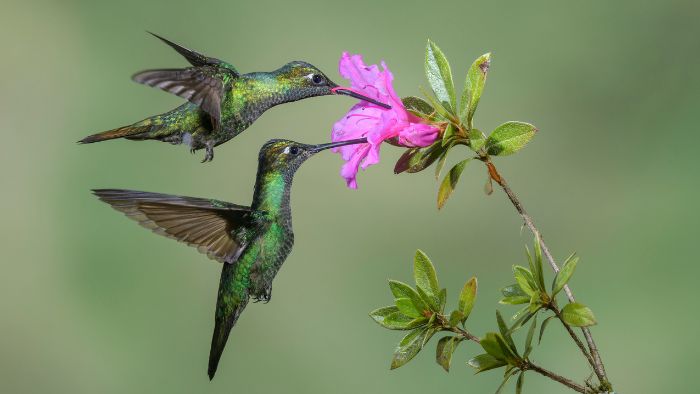 Hummingbirds fly at an average speed of 25 to 30 miles per hour in level flight, depending on the species. During the transition,  they are non-stop and he can fly over 1,200 miles. This means that some hummingbird species can travel up to 720 miles per day and reach their destination within two days (depending on the distance traveled).

This is amazing for a small bird that during normal flight flaps its wings about 50 times per second. It is even more amazing when you calculate how many times they flapped their wings to travel more than 1,200 miles.

What Month Do Hummingbirds Fly South?

As we already said, hummingbirds are migratory birds. They migrate from Northern grounds to Southern location for winter time. Because of migration, each birdie has its own unique journey with specific location along the way.

In August and September, the breeding season ends and hummingbirds head south for fall migration. They refuel their bodies in the early morning, migrate at noon, and forage again in the late afternoon to maintain their weight.

Their journey to the southern regions starts in the fall, between late August and early September. They love to spend the winter in the southern areas where there is more sunlight, food is plentiful and weather conditions are warmer.

Do Hummingbirds Migrate In Pairs?

Hummingbirds migrate alone, not in pairs or in groups, so they cannot learn routes from each other. The babies seem to know where to go even though they have never been there. Young hummers migrate along the same routes and to the same places as their ancestors. These wondrous little birds leave scientists with many discoveries! 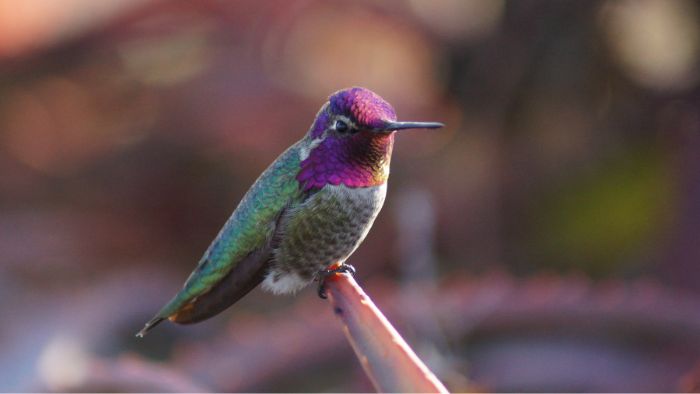 To conclude: Do Hummingbirds Migrate In Flocks?

It is quite surprising that hummingbirds do not travel in flocks, but as solitary animals on their own.

Hummingbird migration is an innate genetic instinct. Weather, daylight hours, and fat accumulation stimulate migration, and their routes and timing vary by species and population.

Definitely a great little bird. Imagine a bird that weighs less than 4 grams being able to fly from Mexico to Canada and doing it for so many years.

Have some questions? Let us know in the comments. 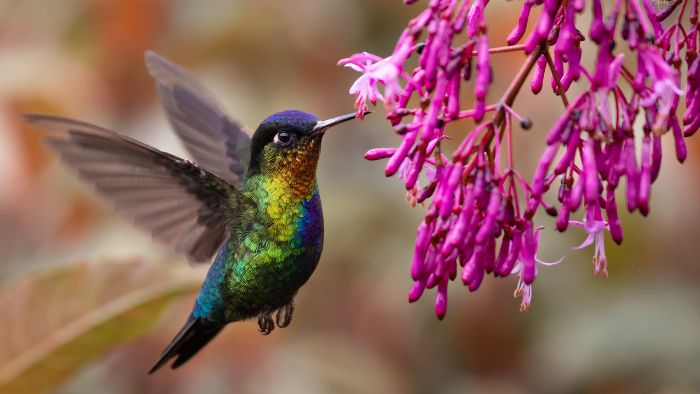