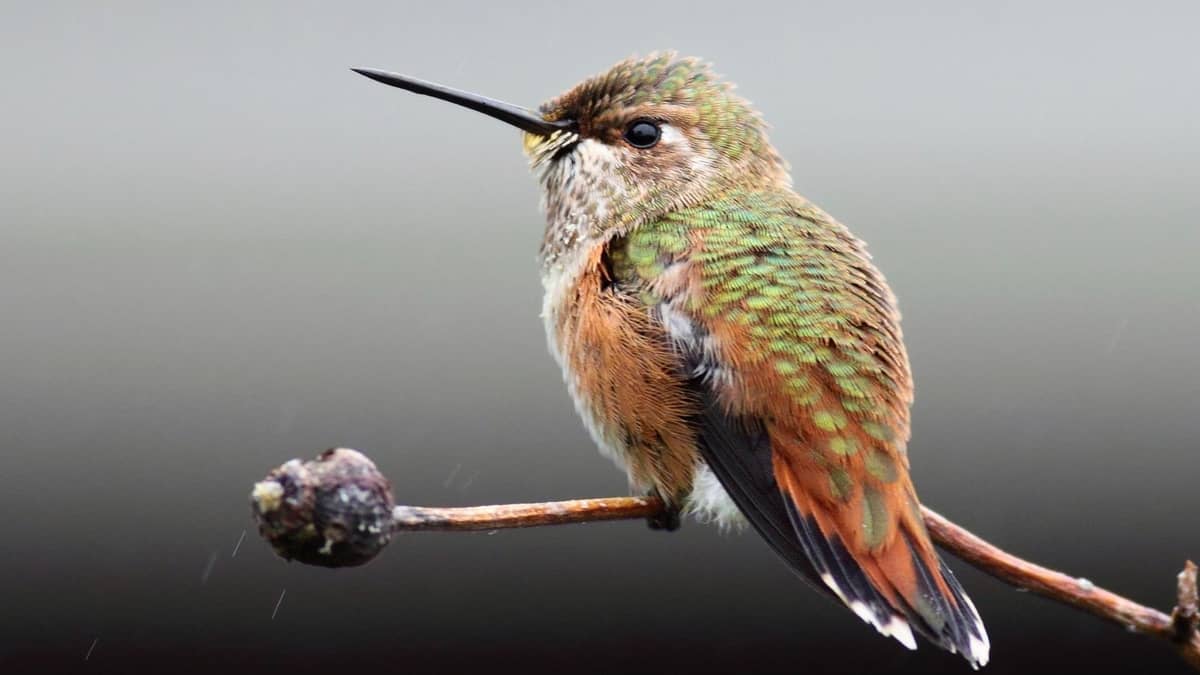 New England consists of different states in the US and hummingbirds can be seen in all these states. There are over 300 different species of hummers known in the world.

However, just one species is very common in New England and this is Ruby-throated hummer. The Ruby-throated hummingbird is also the only species that breeds in this region. But you may still find a few vagrant species here.

Types Of Hummingbirds In New England

Here are some species of hummingbird in New England and some states that can be found: 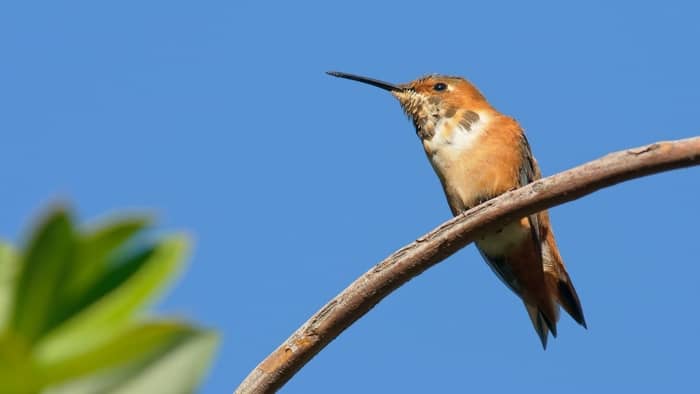 Below are some details of some of the types of hummingbirds found in New England:

Ruby-throated hummers are commonly known to breed in the northeastern region of the United State.

The adult male of the Ruby-throated hummers has their throat to be ruby. However, this red color is not always visible all time. The visibility usually depends on how light falls on certain parts or angles of the bird. Some lightening may cause the throat to even appear black in some instances.

The juvenile females and adult female Ruby-throated have their throat to be white. It can be sometimes marked with faint grey or buffy streaking.

The juvenile males also have this white throat just like in the females. However, it is more streaked to a greater or lesser degree with green or black.

The adult male of the Rufous hummingbird appears to have bright orange on the back and belly. Then they have this visible iridescent red throat. When the light is visible, the male Rufous has this glow like coals.

However, the female Rufous is green from the upper part of their body. Then they have these Rufous washed flanks, rufous patches in their green tail. Then you may often see a spot of orange in their throat. 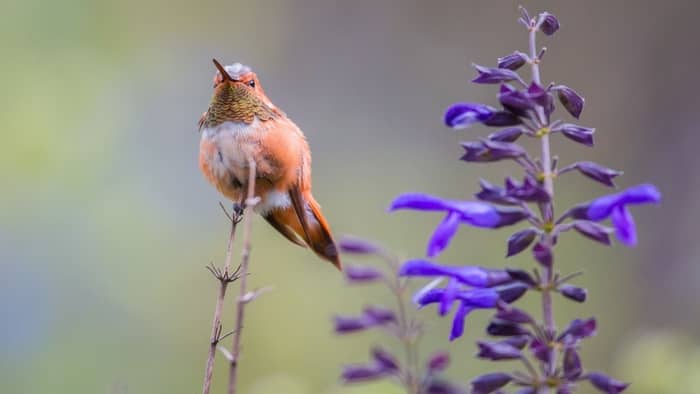 3.    Other Vagrant or Rare Species

Seeing these types of hummingbird species around this region is usually very rare. And sighting them in these unexpected regions is also unexplainable for now.

However, if you are lucky and you happen to find one of these vagrant hummingbird species around New England, then it won’t be a bad idea to take a picture and share just for the record.

When Do Hummingbirds Arrive In New England?

But generally, hummingbirds return to our side from spring. Hummingbirds in New England tend to arrive starting from April. Then some regions may experience hummingbirds arriving later in May.

By this period, flowers have begun to bloom signifying that things are set for these charming hummers to sip nectar. 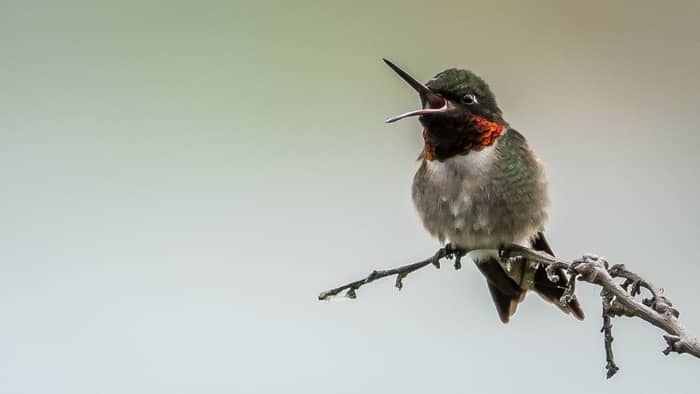 How Long Do Hummingbirds Stay In New England?

As we said earlier, different states are found in the region of New England. Hence, the period hummingbirds stay here may slightly vary for each state.

We can however generally say hummingbird stays from April to December in this region.

Learn more about When Do Hummingbirds Leave Colorado?

It’s no news that hummingbirds love flowers because of the sweet nectar they derive from them. if you reside in New England and you wish to improve the visits of hummingbirds in your yard; you can plant some flowers hummingbird loves. This will help attract hummingbirds to your garden.

Here are some flowers that have been known to attract hummingbirds in New England: 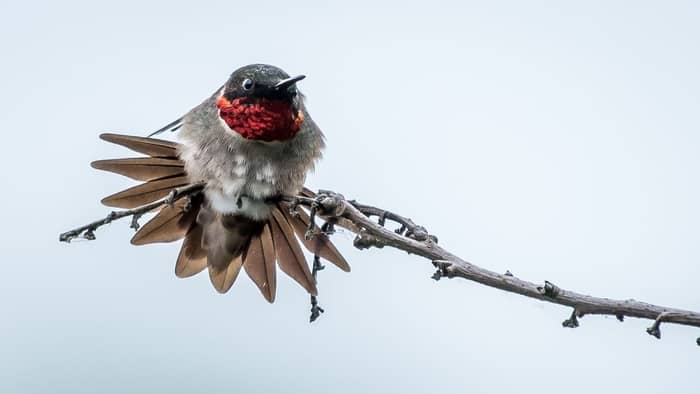 Hummingbirds are always a delight to watch anytime we see them flitting or hovering our yards. There are also hummingbirds in New England and we have talked about some of the types found in this region. We have also discussed when how long these birds stay in New England.

So, you can gain some good knowledge about hummingbirds in New England in this post.

When Do Hummingbirds Arrive In New England?

How Long Do Hummingbirds Stay In New England?

As we said earlier, different states are found in the region of New England. Hence, the period hummingbirds stay here may slightly vary for each state.
We can however generally say hummingbird stays from April to December in this region.