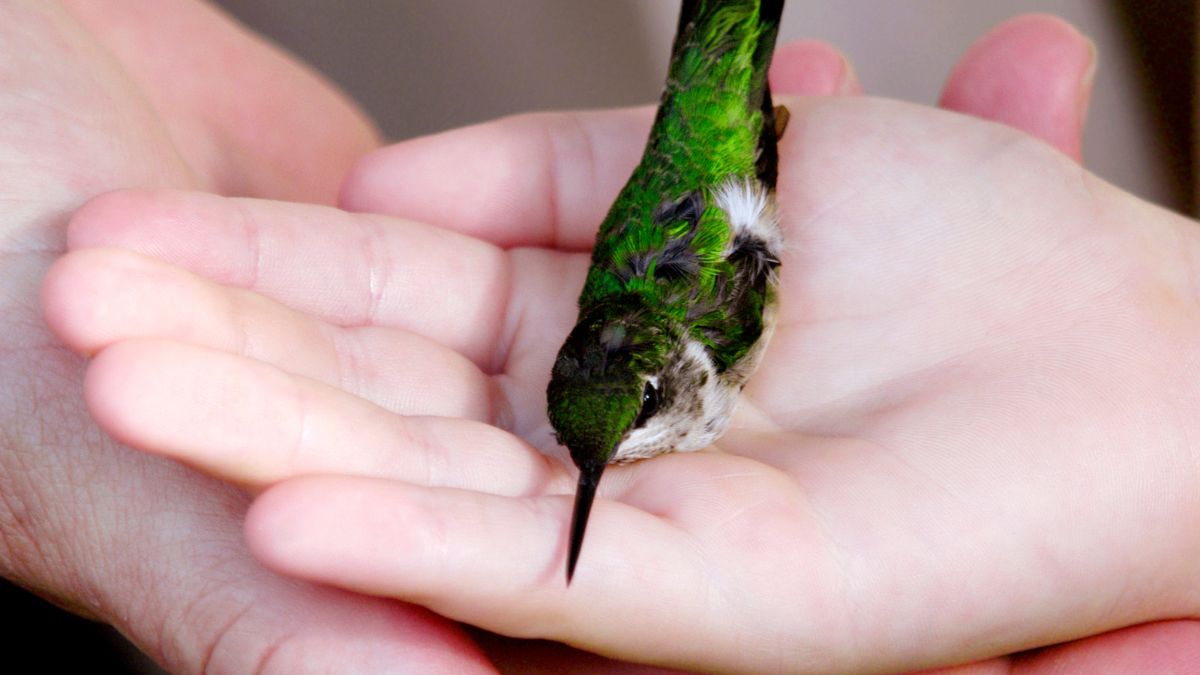 Last Updated on December 11, 2022 by Guillermina

In this blog post, we give you important facts and hummingbirds information for kids. The hummingbird is an attractive species that gets its name from the sounds of its rapidly flapping wings. Their wings beat so fast that it makes a distinctive humming sound hence the name.

Hummingbirds are American birds that belong to the biological family Trochilidae. They range from Alaska to Tierra del Fuego and have over 300 species and more than 100 genera. However, the vast majority of these little critters are found in the tropics near the equator. They are tiny birds with long, slender bills which make it easy to tell them apart from other small feathered creatures.

Many hummingbirds have feathers that are brightly colored and glittery. Males on the other hand are frequently more colorful than females. They can be difficult to spot because they fly quickly through flowering gardens, but they are simple to attract with brightly colored flowers, hummingbird feeders, and nectar. Have a look below to find out more about hummingbirds information for kids!

Facts About Hummingbirds For Kids

When it comes to hummingbirds information for kids, there are many facts that you may be surprised by. These include their appearance, behavior, territorial skills, and preferences amongst others. These dainty creatures are admired by many who provide them with nectar by means of backyard feeders. Many people also keep these gorgeous birds as pets. 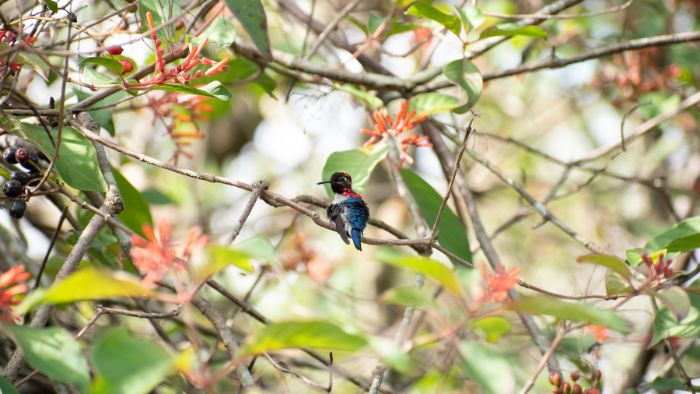 Here Are A Few Facts About Hummingbirds That You Should Take Note Of:

Here’s a video with more interesting facts about hummingbirds.

What Makes A Hummingbird Different From Other Birds?

Many facts make Hummingbirds different from other birds. With their long beaks and fast-moving wings, these dainty creatures are fascinating. They can be seen darting around nectar feeders and flowers throughout the United States. What do you know about these tiny feathered pals? This hummingbirds information for kids may surprise you, and you may learn something new about your backyard visitors. 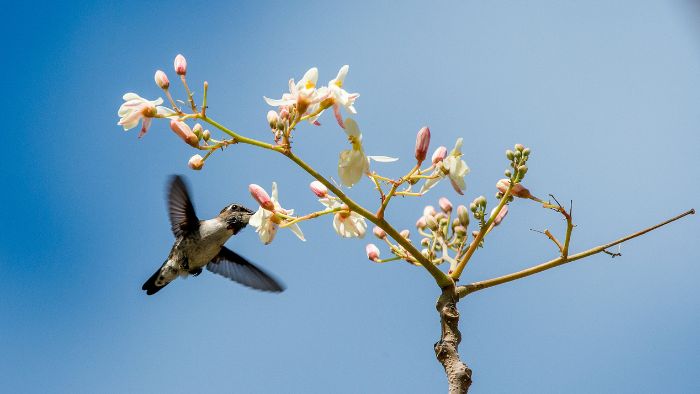 What is the Bee Hummingbird’s Scientific Name?

The Caribbean island of Cuba is home to a variety of hummingbirds, including the bee hummingbird. According to hummingbirds information for kids, Mellisuga Helenae is the scientific name for these birds. Although bee hummingbirds are nectarivorous herbivores who eat the nectar of many flowers, they do occasionally consume spiders and other insects as well.

Seeing that the smallest living bird is the bee hummingbird, you would be surprised to know that the females weigh a menial 2.6 g and measure about 6.1 cm making them slightly larger than males. This is due to the fact that the male species weigh around 1.95 g and measure 5.5 cm. However, despite its size, it flies quickly and powerfully, as do all hummingbirds.

The male has a green pileum and bright red throat, an iridescent gorget with elongated lateral plumes, bluish upper parts, and mostly greyish-white underparts. In comparison to other small hummingbirds, which tend to be slender, the bee hummingbird appears rounded and plump.

Additionally, male bee hummingbirds court females by making noise with their tail feathers, which flutter during display dives. The breeding season for the bee hummingbird is from March to June, with the female laying one or two eggs per season.

Is the Hummingbird Tongue Around the Brain?

Duly for the benefit of hummingbirds information for kids, these creatures do have their tongues wrapped under the jaw and behind and over the head when not in use! The tongue is wrapped around its skull on a special structure known as the hyoid apparatus, and the middle part is stretchy to allow it to extend. 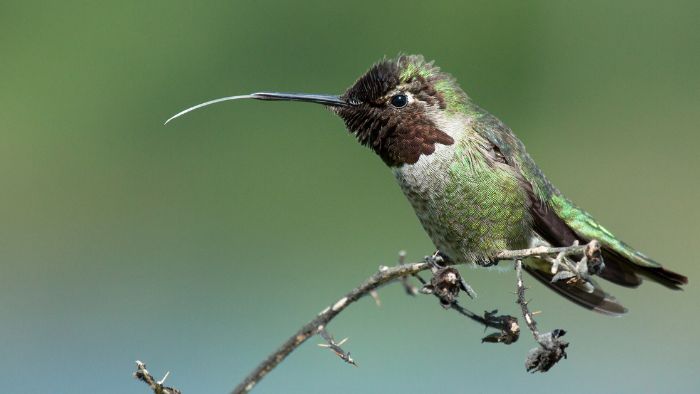 Hummingbirds have long tongues inside their beaks. The forked tongue separates and the lamellae extend outward when inside a flower or feeder tube. The tips of the bird’s tongue come together and the lamellae roll inward as it pulls its tongue in. The nectar is trapped within the tongue as a result of this action.

The tongue of a hummingbird can protrude as far as the length of its bill. The tongue then flicks in and out of the bill up to 12 times per second when consuming nectar. It also allows them to consume up to three times their body weight in nectar and bugs each day.

In the above blog post, we gave you some of the most noted hummingbird information for kids. When you are trying to identify them, remember that the bee hummingbird is round and plump whilst the others are slender.

They are more intelligent than other birds as research shows that they have a brain allowing them to fly in multiple directions. Although these birds are also very quick and powerful in flight, they make for great photography if you are lucky enough to catch them in action.

You should also keep in mind that the bee hummingbirds are near threatened as their numbers have substantially decreased over the years. For more information about this glorious species, here’s an informative link. 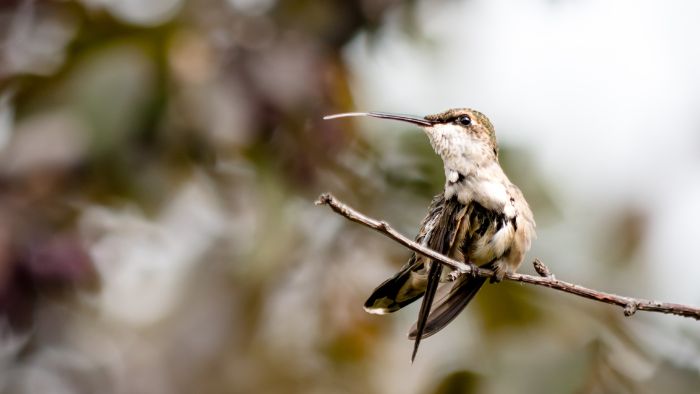