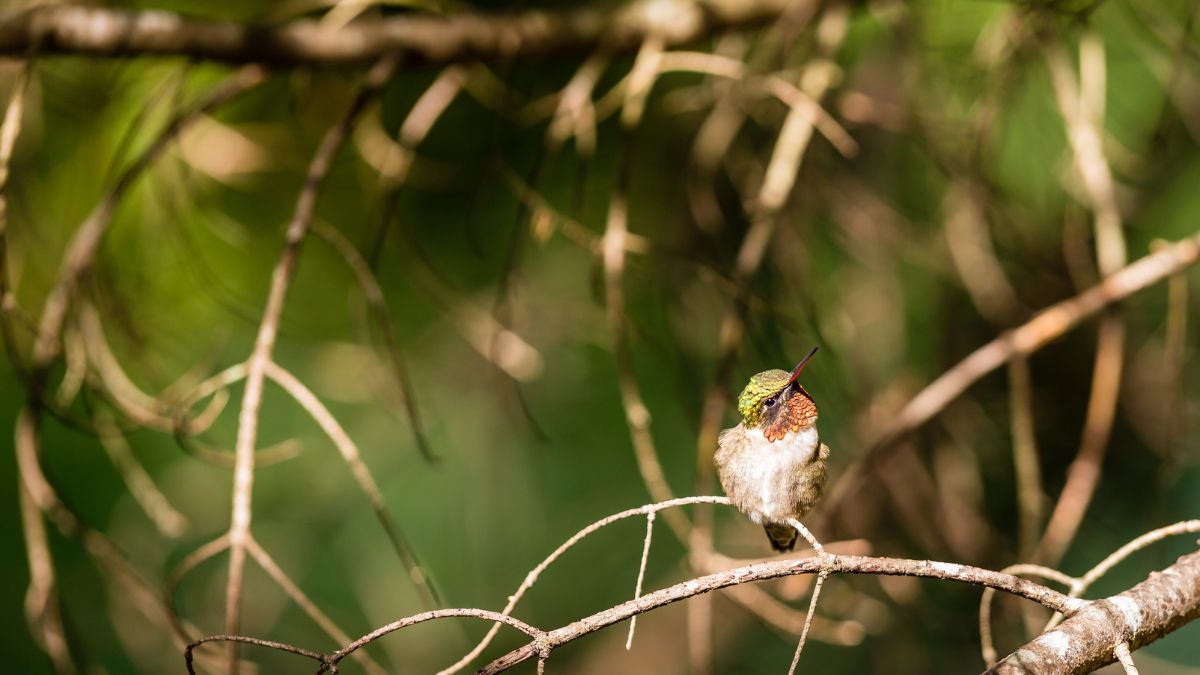 Last Updated on December 9, 2022 by Guillermina

The Lifespan of Ruby Throated Hummingbirds is important, especially if you keep them as pets or look forward to their daily visits in your yard. These birds serve as a symbol of the start of spring in many areas of the United States. Hummingbirds enjoy nectar, so make sure your feeders are full and that the correct flowers are planted in your yard if you want them to keep coming.

However, seasonal variations affect where these beautiful birds can be found as they usually start their year in the Caribbean. They also have a knack for traveling more than a thousand kilometers without taking a break. To prepare for the migration, they intentionally put on extra body weight and spend the summer months living in Canada and the US.

Before you hear the hummingbirds’ calls, if you pay close attention, you might hear the hum of their wings, especially at dawn. These fascinating creatures also have specific calls that are distinctive when they are chasing one another. Seeing that there are more than 300 of these bird species around, their beautiful colors, behavior, and lifespan are of great interest to many. Have a look at the information below to get a better understanding of the gorgeous ruby-throated hummingbird! 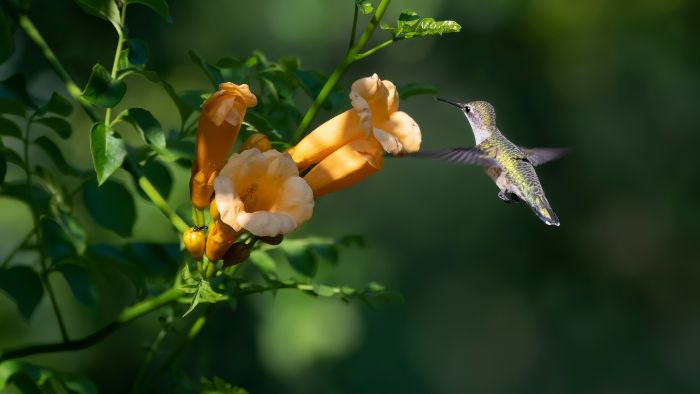 The lifespan of ruby-throated hummingbirds would depend on a few factors. These include the availability of food and the weather conditions amongst others. Before the eggs hatch, these hummingbirds spend 11 to 16 days incubating. Additionally, it takes rufous hummers 15 to 17 days to hatch. Each egg is around the size of a coffee bean.

A clutch has two white eggs that are both the same size. Experts estimate that these birds have a lifespan of between 3 to 5 years. Sadly, the majority of them perish in their first year. But, should they make it through the first year against the odds, their life expectancy increases significantly. You may also be glad to know that a banded ruby-throated hummingbird can live for more than six years in the right conditions.

They grow to about 3-inches long and weigh about 0.11 ounces and their wingspan is roughly 4 inches. Also, the male hummingbird on the other hand is at least 1/5th smaller than the female. About 20% of the bird’s entire length is made up by its bill which has lines running through them until the chicks reach nine months old.

Thereafter, they typically disappear. Keep this in mind if ever you find the need to identify baby hummingbirds. Here’s a video with more information about these glorious birds.

When it comes to these bird species, there are a few facts that you should be made aware of. This is especially true if you make it your duty to care for the wild feathered creatures that visit your yard or have one as a pet. Additionally, the lifespan of ruby throated hummingbirds could be extended or cut short, depending on the circumstances and their will to survive through it all.

For these hummingbirds to grow after hatching, the chicks require protein rather than sugar. In order to provide for them, the mother spends most of her time capturing small insects and spiders. Both ruby-throated and rufous hummingbirds start to fly at 21 days old. Below are a few facts about these gorgeous birds. 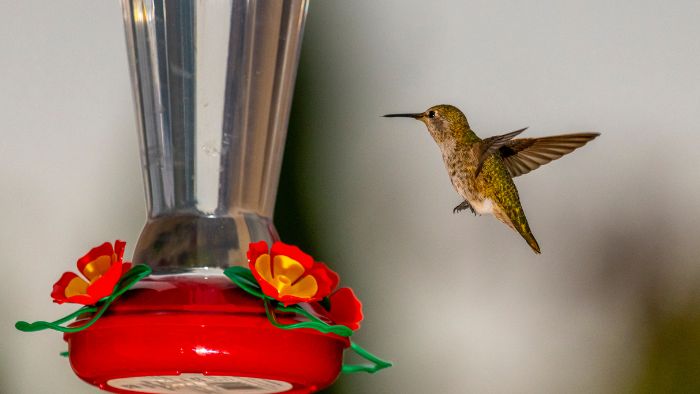 The ruby-throated hummingbird’s scientific name is Archilochus colubris which was given by a Swedish naturalist. They belong to the Aves class of birds and are also members of the swift-related Apodiformes order. These birds belong to the Trochilidae family of hummingbirds, which has approximately 300 different species.

Although there are records of some of these feathery creatures living well beyond their expected years, the lifespan of ruby throated hummingbirds is the same as the others belonging to the species. Apodiformes, the order that they belong to, is a word that actually means feetless. This is because hummingbirds may have once been thought to not require feet.

However, the ruby-throated hummingbird still needs feet for perching, even if it is unable to walk or hop straight, although, they do move sideways to go along a branch. Trochilidae, the family name, means little bird which they are subject to. Also, although the males have throats that are vivid crimson, only when you are directly in front of the bird will the color likely be visible.

We have discussed the lifespan of ruby-throated hummingbirds above; however, what about their diets? These birds are known to hover with their tails cocked forward, rapidly licking at the nectar, using their long tongues to retrieve it. At times, they may also be seen feeding while hanging on the blossom. 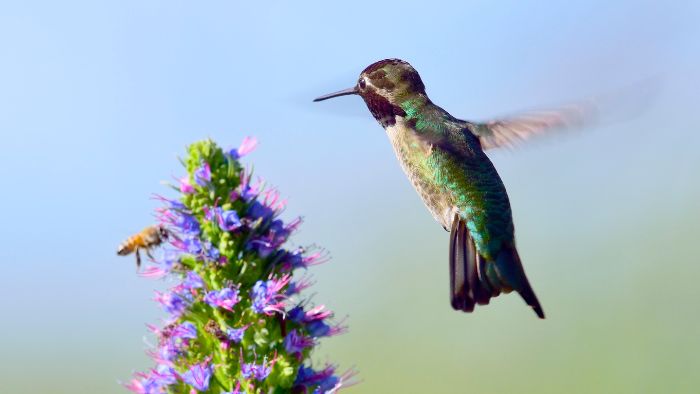 They play a vital role in the pollination of numerous domesticated and native plants whose flowers hummingbirds consume. To draw them to your backyard, listed below are a few great plant options to set up in your garden.

The preferred diet for ruby-throated hummingbirds include:

We now know that the expected lifespan of ruby-throated hummingbirds can exceed six years if they do well from the time they hatch to 12 months. These stunning birds are known to rise their nests off the ground in trees or big shrubs. Keep in mind that they favor a branch on a deciduous tree that slopes downhill. They have also been observed constructing nests on poles, roofs, and other accessible locations. 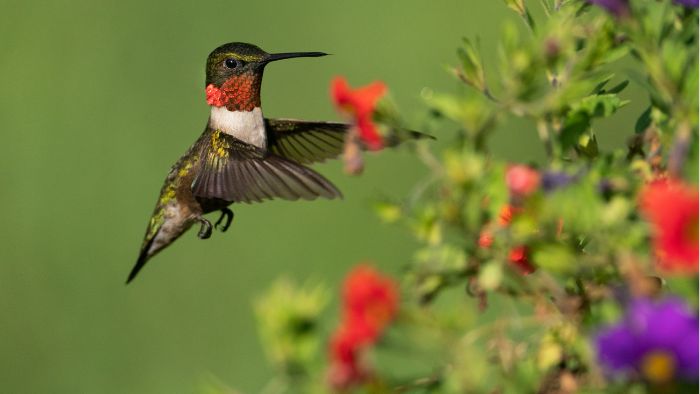 The ruby-throated hummingbird does not mind if its nest is close to human habitations, in contrast to certain birds who try to build their nests far from people. After the babies are born, the nest can automatically expand as needed to fit their growing size and developing habits thanks to the spider silk and debris used to build it.

The female spends up to 10 days by herself constructing the nest and gives it a final polish by hiding it in lichen or other plant matter. Male ruby-throats frequently exhibit violent territorial behavior toward competitor hummingbirds and insects like bees, butterflies, and sphinx moths. Click on the link and learn more about the dainty ruby-throated hummingbird.