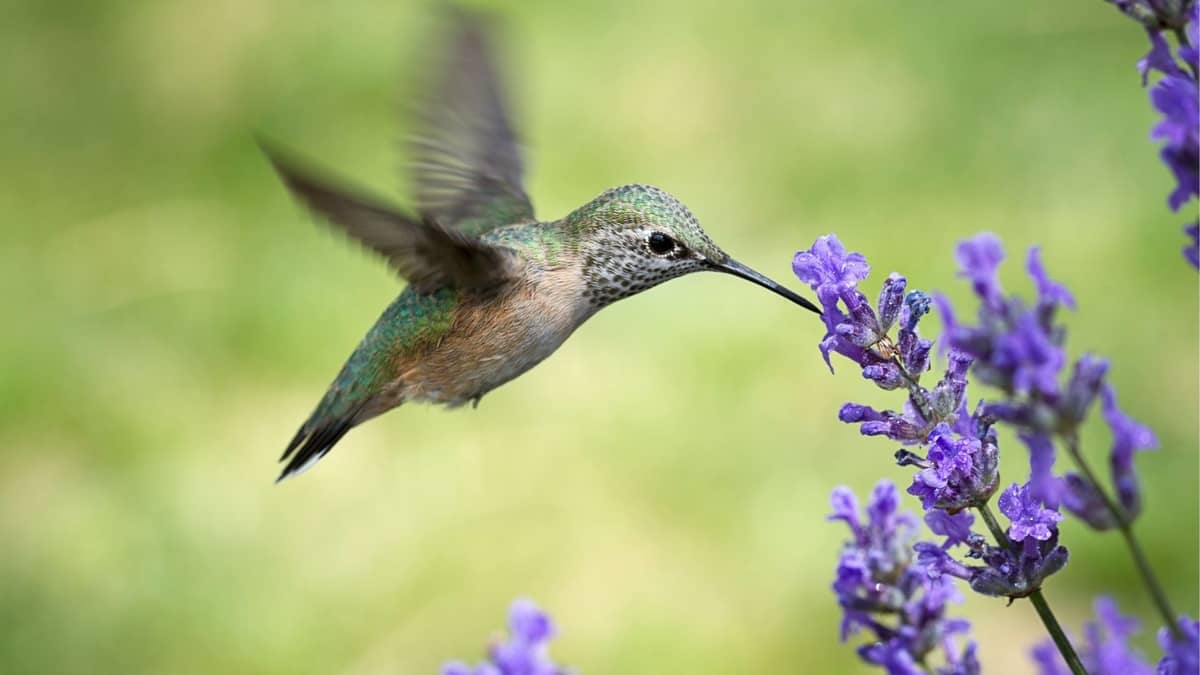 Are female hummingbirds colorful? Learn everything you need to know to successfully observe these beautiful birds.

Did you know that there are at least 300 different species of hummingbirds around the Americas in places such as the United States, the Caribbean, Ecuador as well as Canada? They all have their own characteristics and differ in appearances, overall size, breeding roles, and behaviors.

Like many other creatures around the world, hummingbirds are sexually dimorphic, meaning that there are clear differences between males and females of each species individually. Stay with us and find out the answer to the burning question – are female hummingbirds colorful?

You wouldn’t believe it, but female hummingbirds have taken it into their own hands to avoid harassment. Namely, researchers of these beautiful little creatures have discovered that more than a quarter of females have the same brightly colored ornament as males. This tiny ornament helps them avoid aggressive male behaviors during feedings, such as pecking and body slamming.

The answer to the question “are female hummingbirds colorful” is – females are significantly duller or less vibrant in color compared to males. This allows them to camouflage in their surroundings to be less visible to predators.

Keep reading and learn more about how to distinguish a male from a female. 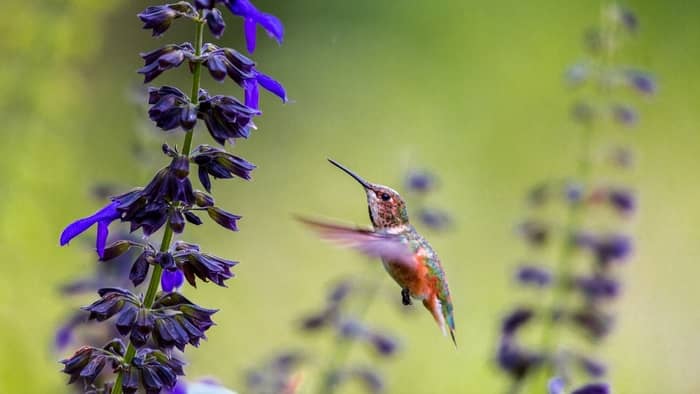 How To Identify Hummingbird’s Gender?

Visual identification is the easiest way to distinguish between males and females. These are the basic steps to differentiate them.

In terms of visual appearance, males and females are most easily distinguished by their plumage or collective layers and composition of displayed feathers. As mentioned, female hummingbirds are duller or less vibrant in color.

Back: Females don’t feature any vibrant patches of color on their backs and are therefore much dingier looking in presentation.

Throat: Unlike males who stand out with bright colors of this part of the body, females have modest white throats.

Tail: Female hummingbirds have simple and dignified feathers on their tails. In addition, it is easy to distinguish them from males by white spots on their tail tips.

Finally, we must point out one important part to you. Namely, did you know that juveniles, both male and females share the same coloring as adult females? This feature allows them to protect themselves as they mature before fighting predators and competitors. In this first period of their lives, even experienced observers can hardly clarify who belongs to which gender. 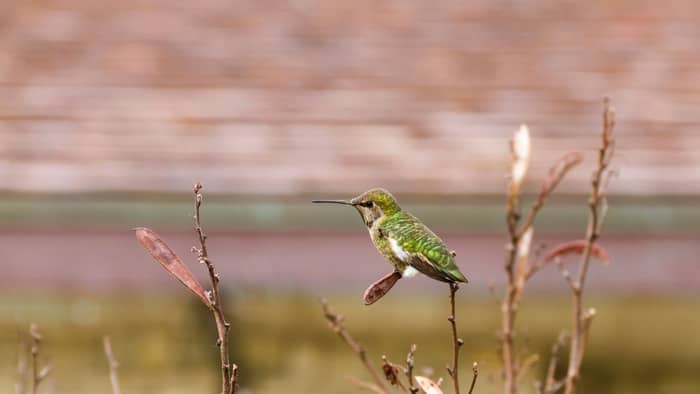 The second step is much harder than the first, especially when they are in flight.

In general, female hummingbirds are on average 15% to 25% larger than their male counterparts. Wondering why? This is primarily because they play an important role, in carrying the egg and keeping it warm.

The extra body weight is needed to create more body heat and then to share food with your juveniles.

Step No. 3 Listening To Sounds

Males conquer females by their singing. In doing so, they try to gain attention as part of their attempt to find a partner. Besides, they wave their wings as fast as they can. In this way, a characteristic, loud humming sound is created, which is why they are called hummingbirds.

Females also flap their wings creating sound, but not to the extent that males do. In addition, they produce sharp chirps, trills, and raspy calls especially when they feel threatened. Since they don’t have to impress males, female hummingbirds create unique sounds of their own only when protecting their food source and offspring.

Observing their behavioral patterns makes it much easier to understand and identify their gender.

Mothers are especially protective and will chase other animals of prey twice as large as they are such as cats, larger birds, and even humans in order to protect their young. Did you know that all female hummingbirds are single mothers? It is therefore no wonder that the answer to the question “are female hummingbirds colorful” is negative. Namely, the male hummingbird leaves almost as quickly as he arrives, so mothers and children are left to fend for themselves and must camouflage themselves for defense against the enemy.

Identifying the hummingbird gender is fairly simple, all you need to do is pay attention to their physical characteristics. One of the basic steps you can take is to check out their color and size. These are the most obvious clues.

We hope you found this article useful. If you have any questions, feel free to let us know in the comments below.

You may also be interested in How Long Can A Bird Egg Live Without Warmth? 3 Easy Ways To Check If The Egg Is Viable

That's right, there are cases when hummingbirds change their color. This primarily applies to juveniles who change color as they shed the plumage they are born with. In addition, we must not forget to mention Anna's hummingbirds, as they also change their color. Namely, their red crown can look brown or gray, but under the right conditions (light and angle) wonderful red color re-appears.

What Is A Rainbow Hummingbird?

Although it sounds amazing, there really is a rainbow hummingbird. Its real name is rainbow starfrontlet (Coeligena iris) and is found in Ecuador and Peru. The rainbow starfrontlet that comes from the Trochilidae family is also one of the larger hummingbird species found in the Andes. As for its color, it is mostly chestnut-colored with a green hood, and its forehead varies in the spectrum from green, yellow, orange, to red, and blue.

Do Male And Female Hummingbirds Have Different Colors?

That's right, males and females differ in color. For males, the color is mostly bright while females are quite duller or less vibrant in color.

What Is The Most Colorful Hummingbird?

It is difficult to determine which hummingbird is the most colorful given that there are so many beautiful speaces. However, these are our favorites: