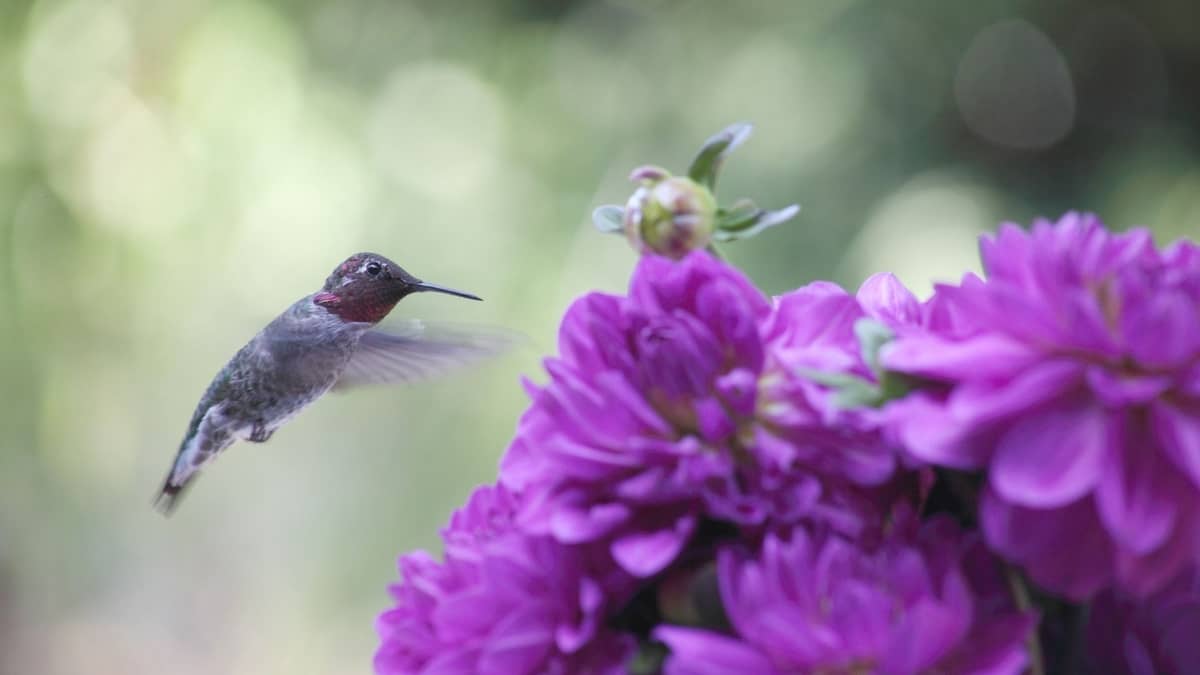 Are hummingbirds colorblind? Find out what scientists have said about whether they can distinguish between spectral and non-spectral colors.

Hummingbirds are truly one of nature’s incredible wonders. There are indeed many reasons why we claim this. They run on a diet fueled mostly by high levels of sugar, sometimes even insects, and are constantly on the move. Who wouldn’t look forward to seeing this beautiful creature in their garden?

It’s time to find the answer to another enigma – are hummingbirds colorblind? Keep reading and take a peek into their world.

Question Of The Day – Are Hummingbirds Colorblind?

Scientists have long known that some animals, especially birds, have better eyesight than humans. As is the case with most primates, humans are trichromatic. This means that the human eye has three types of color-sensitive receptors or cones: blue, green, and red. The birds on the other hand have four colored cones, which means they are tetrachromatic.

Furthermore, the human eye can see rainbow colors – red, orange, yellow, green, blue, indigo, and purple. These are the so-called spectral hues. In addition, we can see one pure non-spectral color, purple. This is because it stimulates our red and blue cones at the same time.

It’s time to finally answer the question are hummingbirds colorblind? On the contrary, their four colored cones allow them to distinguish a wider range of colors. This spectrum includes colors such as UV green and UV red.

This diversity in color vision doesn’t only serve them to have a better, more beautiful picture/vision than us, it is essential for finding food, picking mates, and escaping predators. 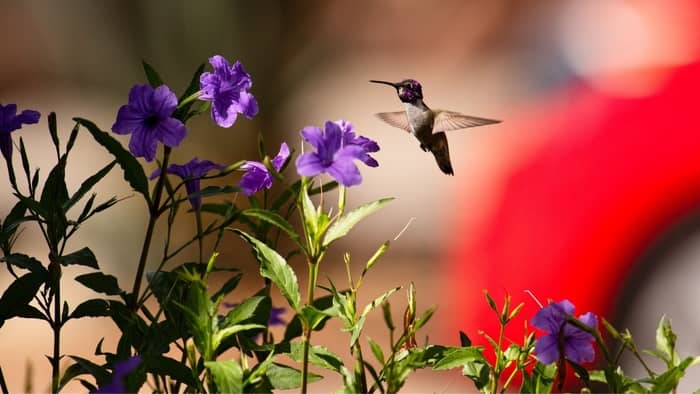 How Did The Scientists Find Out The Answer?

Mary Stoddard, a Princeton University evolutionary biologist, and her team had conducted a series of field experiments with wild broad-tailed hummingbirds. Read below how they answered the question “are hummingbirds colorblind”.

Scientists had set up several bird feeders outfitted with LED devices near the laboratory. It is important to emphasize that these devices were programmed to turn two different colors depending on whether they contain sugary or plain water. In this way, the scientists conducted research on over 6,000 feeder visits in a series of 19 experiments.

Soon, scientists began to notice that hummingbirds had learned to associate one color with a delicious sugary drink and another with plain water. By tracking the birds’ visits to the feeders, the scientists were able to conclude that the hummingbirds had repeatedly chosen a sweet-tasting feeder, regardless of whether the LED device emitted a non-spectral or spectral hue.

The same was true for situations where the colors looked the same to us, that is when one feeder was UV green and the other simply green. The human eye was unable to spot the difference, but the birds were.

The researchers eventually sent a clear message to everyone, “through hummingbird eyes, the world might look totally different from what we see.”

Click here to learn more about the research itself.

The Vividly Colored World of Hummingbirds

As already mentioned, their vision, especially the ability to spot different color spectra, helps them to choose food and partners more easily, as well as to avoid predators.

Did you know that hummingbirds can see 30 percent of the birds’ plumage and 35 percent of the plant colors in no spectral hues? Truth be told, these are colors that people can’t even imagine, let alone see. This ability makes their lives easier and allows them to locate a variety of plants and their nectar.

In addition, the researchers concluded that this trait applies to all birds with the tetrachromatic vision that are active during the day, as well as to some species of fish, reptiles, and invertebrates. Compared to these beautiful birds we can freely say that humans are colorblind.

A new series of experiments has finally answered the question “are hummingbirds colorblind”. Based on the results obtained, the researchers concluded that hummingbirds have the ability to distinguish a variety of no spectral colors, including UV + red, UV + green, purple, and UV + yellow. So, colors that people can only dream of. 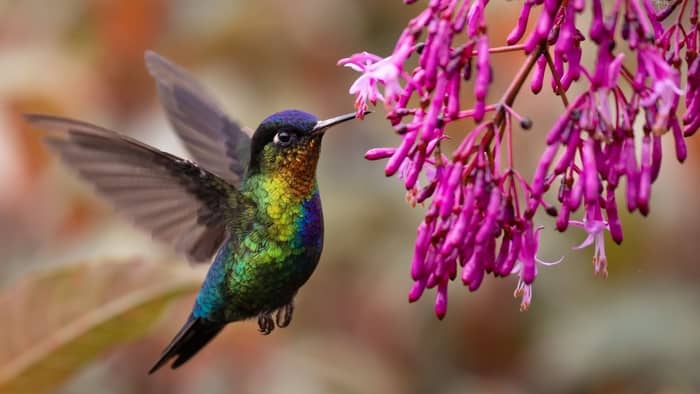 What these little creatures actually see, we can never fully know. However, one thing is for sure, they can see an array of colors that remains invisible to the human eye.

After all, they are truly amazing – don’t you think?

That would be it, now you know the answer to the question “are hummingbirds colorblind”. We hope you found this article useful. If you have any questions, let us know in the section below.

Are Hummingbirds Really Attracted To Red?

Not only do they love it, but red is also a hummingbird’s favorite color. Accordingly, most feeders have a lot of red in order to attract hummingbirds. Red attracts them because it represents flowers that supply nectar for their huge appetite.

In addition, we have to mention one thing, most commercially produced bird feeders are red. Furthermore, these little creatures have a great memory, especially when it comes to food sources. Feeders do offer a lot of nectar and because of the abundance of red feeders, it is no wonder that hummingbirds instinctively expect high-energy food when they see this vibrant color.

Hummingbirds don’t prefer white and blue. According to some research, they consider white a sign of danger and try to stay away from it as much as possible.

What Colors Do Hummingbirds See Best?

Since hummingbirds see in near UV (ultra-violet), colors such as bright red, pink, or orange stand out more easily to them compared to some other, less bright colors.

If you put one yellow and one white flower in front of the hummingbird, it would always choose the one that is brighter in color. Bright colors besides yellow include orange, pink and purple. However, one certainly stands out from the others, and that is red.