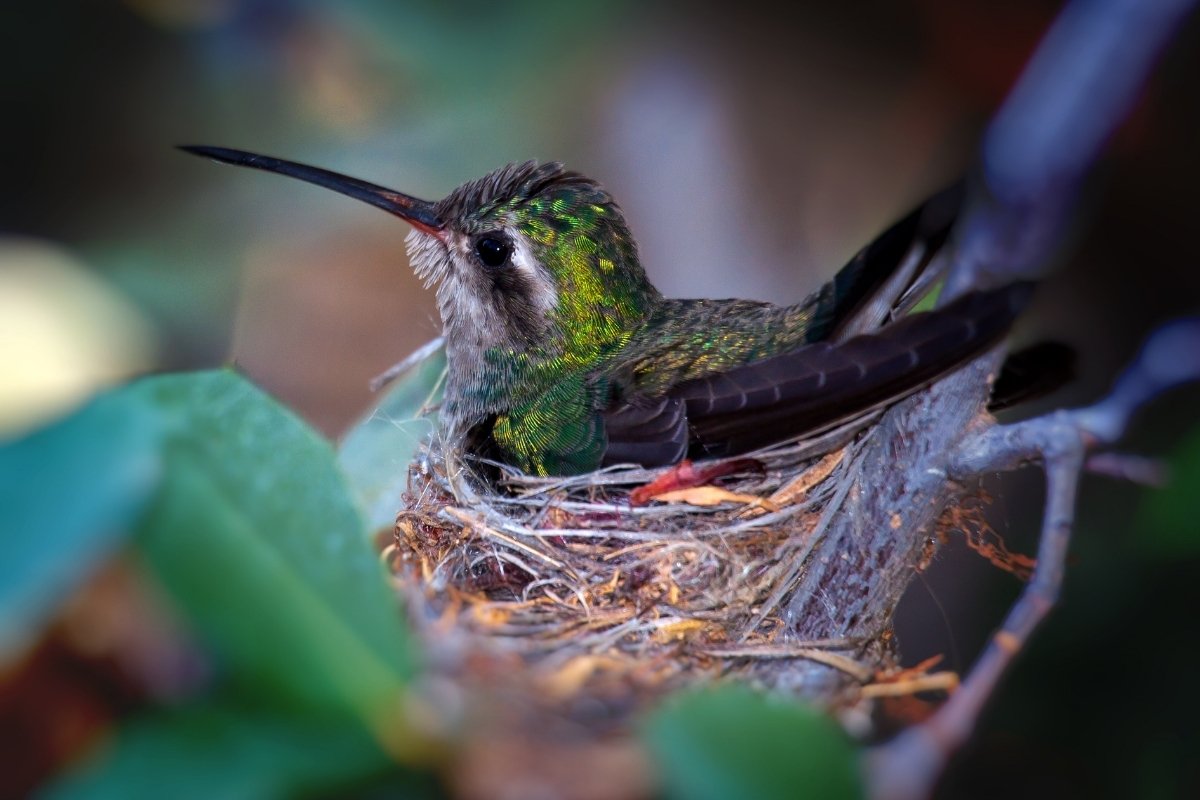 We’ll also explore some of the reasons why females might be territorial and how this behavior might impact their ability to breed. So, if you’re curious about whether or not female hummingbirds are aggressive, read on!

Female hummingbirds are known for their territorial behavior, as they are frequently observed defending their feeding spots from competing birds. Why are female hummingbirds territorial? These behaviors are thought to be driven by the need for food, as females are typically the primary caregivers of their young and require a constant supply of nectar to feed their offspring.

Though often intense and challenging to observe, this behavior plays an important role in ensuring the well-being and survival of individual hummingbird populations.

Read more about Are Hummingbirds Afraid Of Humans? 4 Tips To Prevent Scarring The Birds Away

Although most people are familiar with the aggressive behavior of male hummingbirds, few are aware that female hummingbirds are also highly territorial. Like males, females will defend their feeding territories against intruders, using a variety of methods to assert their dominance.

Are female hummingbirds territorial and how do they fight? One common tactic is to dive-bomb the intruder, flying at high speeds and making loud noises. Females will also chase intruders away from their nests, often attacking them with their beaks or claws. In some cases, females will even try to destroy the nests of other hummingbirds in order to reduce competition for food and mates.

By understanding the different ways that female hummingbirds defend their territory, we can gain insights into the complex social interactions of these amazing creatures.

When Are Female Hummingbirds Most Aggressive

Female hummingbirds are often the most aggressive when they are defending their territory and nests. Hummingbirds are known to be some of the most territorial birds, and the females will often fiercely defend their homes from intruders. This can happen at any time of year, but is usually strongest in late spring or early summer.

Some species of hummingbird, like the Rufous hummingbird, are particularly aggressive, but all hummingbirds show aggression to some degree. So, if you see a female hummingbird acting aggressively, it’s likely that she is just trying to protect her home.

Another possibility is that females are more likely to encounter rivals when they are nesting, and so they need to be extra vigilant in order to protect their young. The reason why are female hummingbirds territorial in urban areas is due to the lack of tall bushy trees that they can use for shelter.

Whatever the reason, it is clear that female hummingbirds are not to be underestimated when it comes to territoriality.

The Hummingbird Handbook: Everything You Need to Know about These Fascinating Birds

How To Keep Hummingbirds Away From Areas

Although hummingbirds are considered beneficial to have around, sometimes they can become a nuisance. If you find yourself with a hummingbird problem and need to get keep them away from a certain area, there are a few things you can do.

One way to chase away hummingbirds is by using visual deterrents. You can hang up windsocks or streamers in areas where the hummingbirds are congregating. The movement will scare them away. Another option is to hang foil or mylar strips, which will also flutter in the wind and deter the hummingbirds.

If visual deterrents don’t work, you can try using sound deterrents. There are commercially available devices that emit sounds that bother only birds, not humans. Hummingbirds also stay away from areas with barking dogs!

If you already have a fight brewing, try spraying the aggressor with water. This will usually cool them down and stop the fight. And finally, remember that some squabbling is normal among these feisty birds – it’s just part of their lively nature!

What To Do with An Injured Hummingbird

Not only are female hummingbirds territorial but they can also injure each other. If you find an injured hummingbird, the best thing to do is contact a local wildlife rehabilitation center. They will know how to properly care for the bird and can release it back into the wild when it has recovered.

Hummingbirds are delicate creatures and can be injured quite easily. If you find an injured hummingbird, please do not try to touch or handle it yourself. It is best to leave the bird alone and call a professional who can help.

If you want to avoid aggressive behavior from your local hummingbirds, be sure to provide enough feeders and flowers for them to feast on. Have you seen a hummingbird fight before? Let us know in the comments!

Why do female hummingbirds chase each other?

Female hummingbirds chase each to assert their dominance over a particular area. By chasing other females away, they are essentially claiming the area as their own territory. However, they might chase each other simply out of boredom or for fun.

One factor that can contribute to a female's dominance is her size; she may be larger than the male and thus be better able to defend her territory or food sources. Females may be more aggressive than males when it comes to defending their nests or young.

Do male hummingbirds chase off females?

Yes, male hummingbirds will chase away females in order to protect their territories. Hummingbirds are fiercely territorial creatures, and the males will do whatever it takes to safeguard their little corner of the world. While the females are usually more laid-back, they will also defend their territories if necessary.