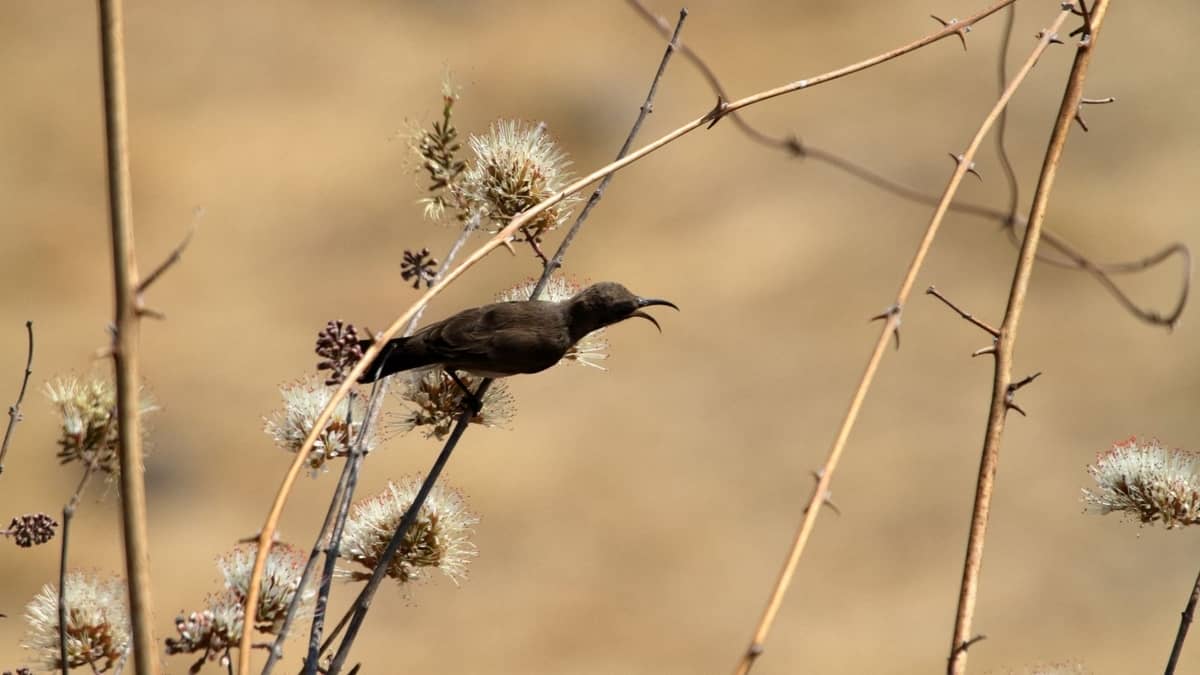 Are there hummingbirds in Africa? Learn more about these fascinating and beautiful birds.

Named after the humming noise their wings make in flight, hummingbirds are truly amazing creatures. They are also the only species of birds that can fly backward, which comes in handy when feeding on the nectar of plants as well as insects.

Currently, there are over 350 known hummingbird species worldwide, with new species being described every year. In addition, there were two other species of hummingbirds that became extinct since they were first discovered in the 19th century.

Today we will offer you the answer to one of the questions that bother many beginners in bird watching – are there hummingbirds in Africa? Therefore, stay with us and find out the answer.

As far back as 1557, the French explorer, writer, and Reformed pastor Jean de Léry published a journal of his travels to Brazil. It was the first record to bring more details about hummingbirds to the Old World.

Namely, Jean de Léry himself, like many other researchers, has never seen anything like these beautiful tiny creatures. They were simply thrilled to see these little birds buzzing around their heads. As a result of their enthusiasm for these creatures, hummingbirds have quickly become a must-have for any natural history collection and Victorian drawing-room. This is supported by the fact that in 1851 more than 300 hummingbirds were exhibited in the Crystal Palace in London.

We fully understand their obsession with these cute birds because they come in such a range of colors and are so dexterous. In addition, hummingbirds can hover still for seconds as well as fly backward. 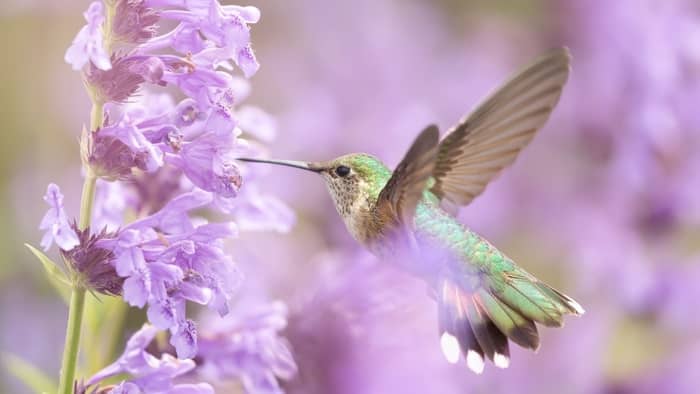 Although today we mostly associate them with the American continent, tens of millions of years ago, hummingbirds really flew over the hills and forests of Europe. The oldest hummingbird fossils discovered so far are not American, but from southeastern Germany.

If they had lived in Europe, is there a chance that there are hummingbirds or some of their relatives on other continents today? It’s time to find out the answer to the question “are there hummingbirds in Africa”? Let’s get to the point.

Resolving The Myth; Are There Hummingbirds In Africa?

Unfortunately, hummingbirds cannot be found living in Africa. However, you should not be sad because instead, you can enjoy watching their cousins better known as Sunbirds. Read more about them below.

Are There Hummingbirds In Central Florida? 3 Species Guaranteed To Visit

The sunbird belongs to a group of birds in the Nectariniidae family (order Passeriformes). Some members of this family share the common name “spiderhunters”, but in the end, they are all known and considered “sunbirds.”

The Nectariniidae family has 145 different and unique bird species, but they all have a few things in common – moderately long, slightly curved beaks, and males stand out for their iridescent feathers. 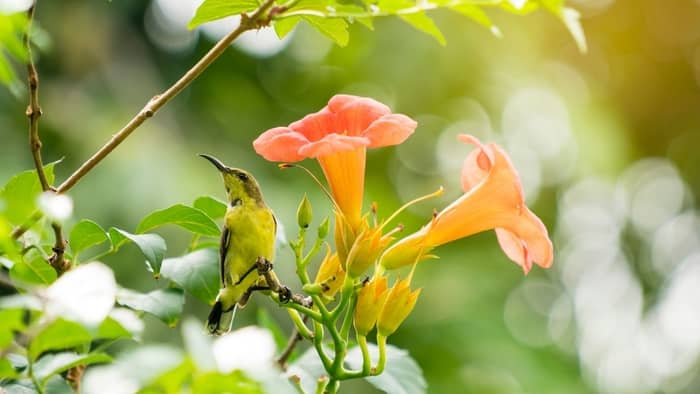 There is simply an incredible variety of sunbirds, at least when it comes to colors and patterns. They are 9 to 15 cm (3 1/2 to 6 inches) long and have a long beak that curves slightly downward, making them incredibly reminiscent of hummingbirds.

Unlike hummingbirds, sunbirds rarely hover while feeding, just the opposite they perch on the flower stalk. This species of bird is the most numerous in Africa, although it also occurs in the east to the Pacific islands.

Where To Find “Hummingbirds” In Africa?

Now that you know the answer to the question “are there hummingbirds in Africa”, it’s time to tell you where to look for this bird that is incredibly reminiscent of them.

Sunbirds are endemic to the southern part of South Africa. It is important to note that they are primarily residents and semi-migratory birds who fly in the northeast of its area. These little birds live in many different types of habitats. This should not surprise us, because with 145 different types of Sunbirds comes a large variety of preferences.

These birds love savannas, and tropical rainforests but also mountainous regions, coastal forests, open woodlands, and more. They do not prefer to visit the interior of the forest but choose the edges and the top of the canopy.

What makes us especially happy is that they are surprisingly adaptable so you will be able to see them eating and relaxing in urban areas as well. Accordingly, peek into all corners, these beautiful little creatures adore agricultural areas, urban parks, and gardens.

In Conclusion, Are There Hummingbirds In Africa?

Although they are the smallest birds in the world, hummingbird wings flutter faster than the wings of any other bird in the world. They can flap their wings more than a thousand times a minute, ultimately resulting in the characteristic humming sound from which their name comes.

Unfortunately, you won’t find a real hummingbird in Africa, but you will find a Sunbird that is remarkably reminiscent of them.

Have you ever seen this beautiful creature live? Write us your answers in the section below.

That would be it, now you know the final answer to the question “are there hummingbirds in Africa”.

What Countries Have Hummingbirds?

Hummingbirds are only found in the Americas. Accordingly, you can observe them everywhere, as far north as Canada and Alaska and as far south as Argentina and Chile. Depending on the species, their habitat is quite diverse.

Depending on the species, their habitat is quite diverse and can be found everywhere, from thick forests to open meadows, as well as from tropical rainforests to the arid edges of deserts.

Do We Have Hummingbirds In Kenya?

Unfortunately, true hummingbirds live exclusively in the Americas. However, in Kenya, you can meet some of their relatives, i.e. 21 species of brightly feathered Sunbirds.

Do Hummingbirds Migrate To Africa?

No, hummingbirds do not migrate to Africa. On the other hand, some species of Sunbirds migrate seasonally, but only for a short distance. They have adapted so much to human proximity and can be found in gardens and agricultural areas.

Are There Hummingbirds In West Africa?

Hummingbirds that come from the family Trochilidae live only in the Americas, whereas Sunbirds coming from the family Nectariniidae can be found in West Africa but also throughout Asia.