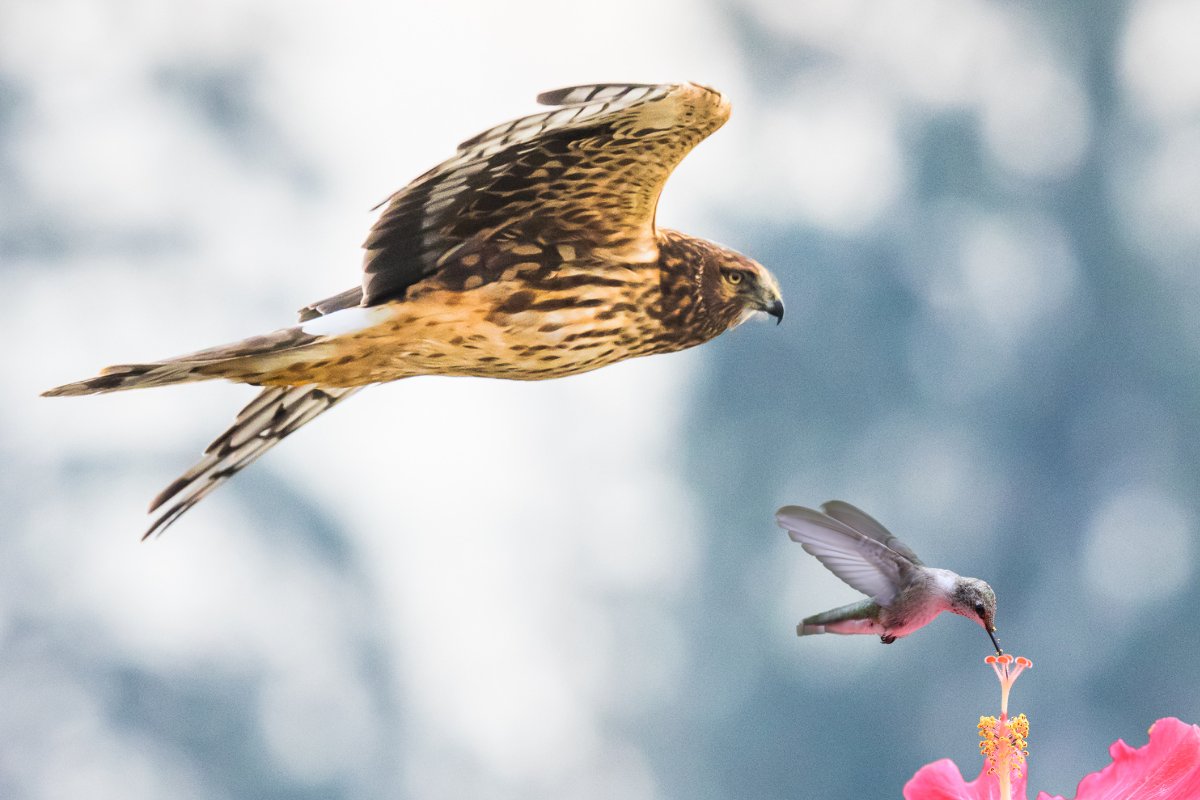 Do hawks eat hummingbirds? Check out this article as we bring you the latest information on the neighborly relationship between these two flying creatures.

As many of you already know, hummingbird nests often appear in clusters. However, scientists have struggled for years to discover what attracts these jewel-like birds to choose specific areas to build their seasonal homes. In the end, it turned out that they, like people, chose to build their home in a good neighborhood.

To many of us, these birds look like prized pieces of art, but to some animals, they are just a sweet treat. We know that some birds and even frogs, fish, snakes, and lizards are known predators that simply won’t refuse to kill this bird whenever they get the chance, but do hawks eat hummingbirds? Here’s everything you need to know about the relationship between these two rulers of the sky.

What Do Hawks Eat?

What a magnificent sight to see a hawk flying over the yard, but the charm is usually lost when you realize that these birds are there because they may be hunting your favorite species in the yard at that very moment. Be that as it may before we reveal the final answer to the question “do hawks eat hummingbirds” let us tell you something about their daily menu.

These birds are known for their large and strong talons to grab their prey, however, they cannot carry anything heavier than them; therefore, you don’t have to panic that they will carry away your cat, dog, or even child.

They mainly feed on some smaller birds such as songbirds or pigeons, but also rodents, rabbits, squirrels, snakes, turtles, and in some, but very rare cases, fish.

Based on various studies, including those conducted by the prestigious Cornell Lab of Ornithology, it was concluded that small predatory birds such as Mississippi Kites, Sharp-shinned Hawks, Merlins, American Kestrels, and Loggerhead Shrikes, tend to attack and even eat hummingbirds.

Some of them go so far as to quietly sneak up to the feeder waiting for the perfect opportunity, then literally steal the hummingbird and slam it against a rock or ground, then swallow it almost whole. Honestly, there is no difference between this act and the most famous Oscar-winning action films like those of Quentin Tarantino.

With the increased interest in hummingbirds, more people began to report seeing hummingbirds building nests right next to hawks. A bit strange, isn’t it?

As we have already mentioned, in recent years, a large number of studies have been conducted specifically related to the relationship between these two rulers of the sky, and one of the most famous was led by biologist Harold Greeney.

Namely, through many years of dedicated work, Greeney and company discovered that some birds, especially hummingbirds, derive protection from nest predators by nesting in association with more aggressive or predatory species. What’s more, it turned out that hummers that nested near predators like hawks were actually more successful at raising young compared to those that nested somewhere secluded, away from dangerous birds and other predators. How crazy?! 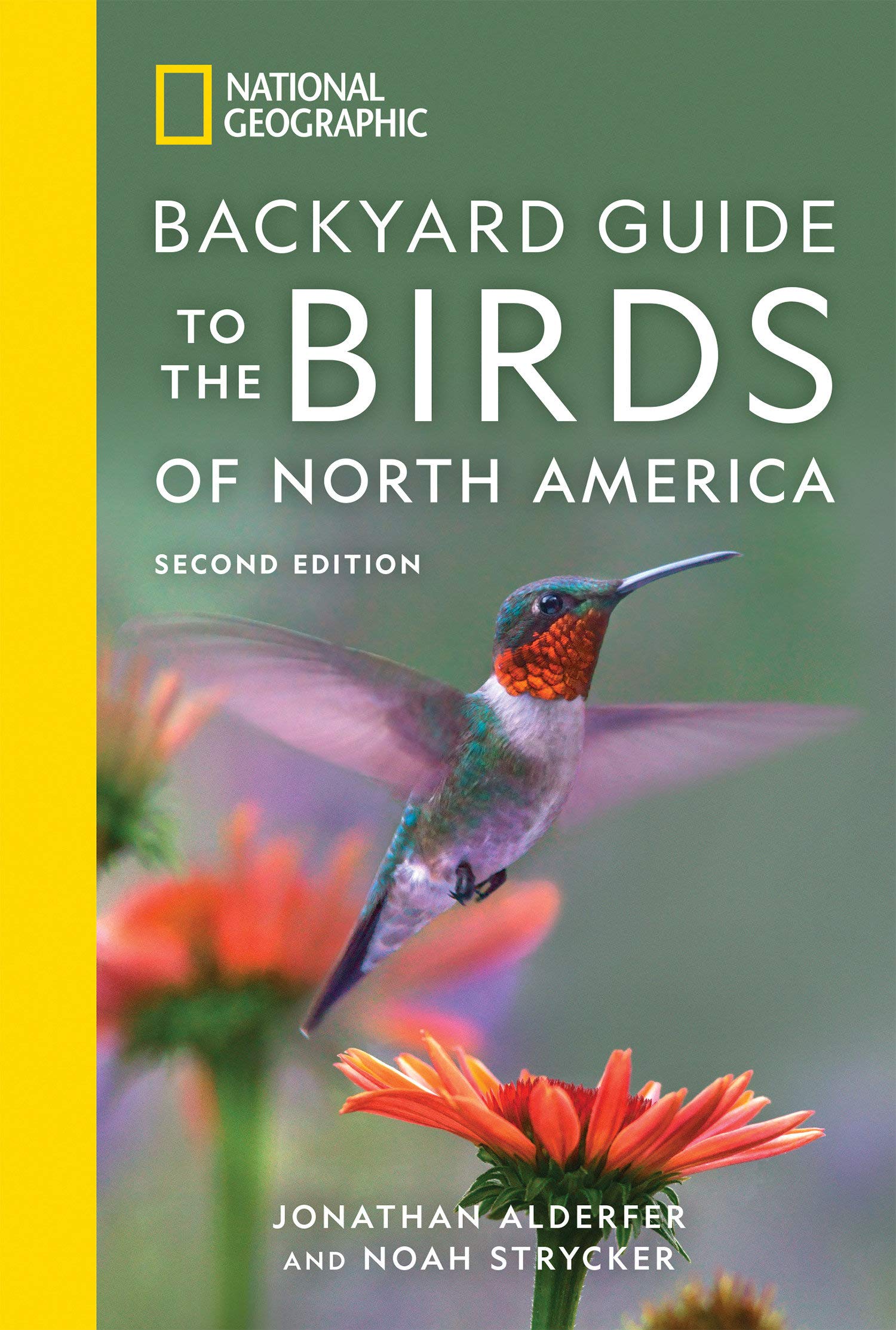 So, do hawks eat hummingbirds? Well, to be honest, the answer is both yes and no at the same time, it depends on the circumstances.

The fact is that hawks don’t hunt hummingbirds or their nests because there is usually not enough food in the hummer to make it worth the effort. This is quite obvious when considering that a hawk by weight is about 190 times the size of a hummingbird. However, if this bird of prey happens to be very hungry, and there is no other suitable option, it will surely eat anything, including the main actor we are talking about today.

Now that you know that the answer to the question “do hawks eat hummingbirds” isn’t so straightforward, let’s go into more detail.

How To Keep Hawks Away From Bird Feeders

There are a few things you can do if you want to keep hawks away from your hummingbird feeder. However, placing feeders in covered areas such as awnings, gazebos, umbrellas, or lower tree branches proved to be the best method. You can even build a cage around existing feeders.

What Predators Do Hummingbirds Have?

When you consider that they usually weigh about a dime, these birds may not seem like a significant food source for humans, but for many predators, they are a real treat. These are some of the formidable enemies hummingbirds hide from larger insects (praying mantises and/or orb-weaver spiders), domestic and feral cats, snakes and lizards, frogs and fish, as well as large and small predatory birds.

How Do Hummingbirds Protect Themselves From Predators?

They hide their nests from predators by camouflaging the outside in every possible way, most often using layers of twigs, leaves, and flowers. Males are usually brightly colored and therefore stay away from females and the nest until the chicks fly away. Hummingbirds have an incredible ability to maneuver in the sky (can immediately change in flight direction) which is why they can easily escape from predators. Finally, their characteristic humming sound causes confusion. 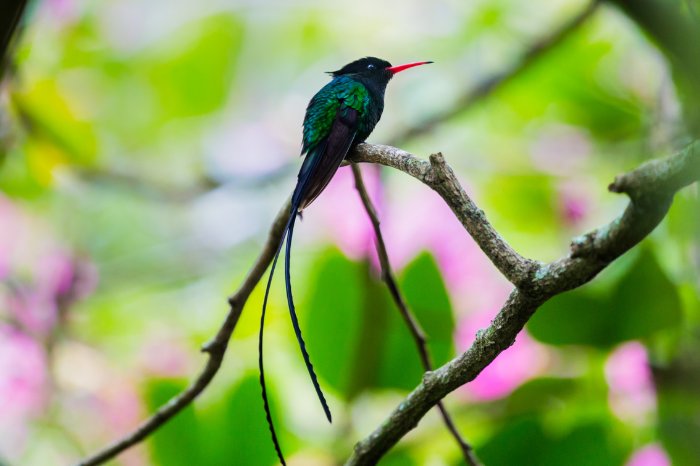 Wrapping Up: Do Hawks Eat Hummingbirds?

In short, everything depends on the circumstances. Attacks are very rare but will certainly happen when food sources are low. It is very important to emphasize that these jewel-like birds have some benefits from dangerous hawks, as they provide them with a safe zone, high in the trees, from where other birds of prey stay away.

Now that you have read all of this, most of you are probably wondering if you should banish every possible hummingbird predator from your yard, however, the answer is no. Each of the animals does everything in its power to survive. You know that hummers feed on various insects in addition to nectar, so always remember the well-known saying “what goes around comes around”.

If you have any questions, please don’t hesitate to tell us. Our team of experts and bird enthusiasts awaits you in the comment section below.

Read more: How Fast Do Hummingbirds Beat Their Wings?