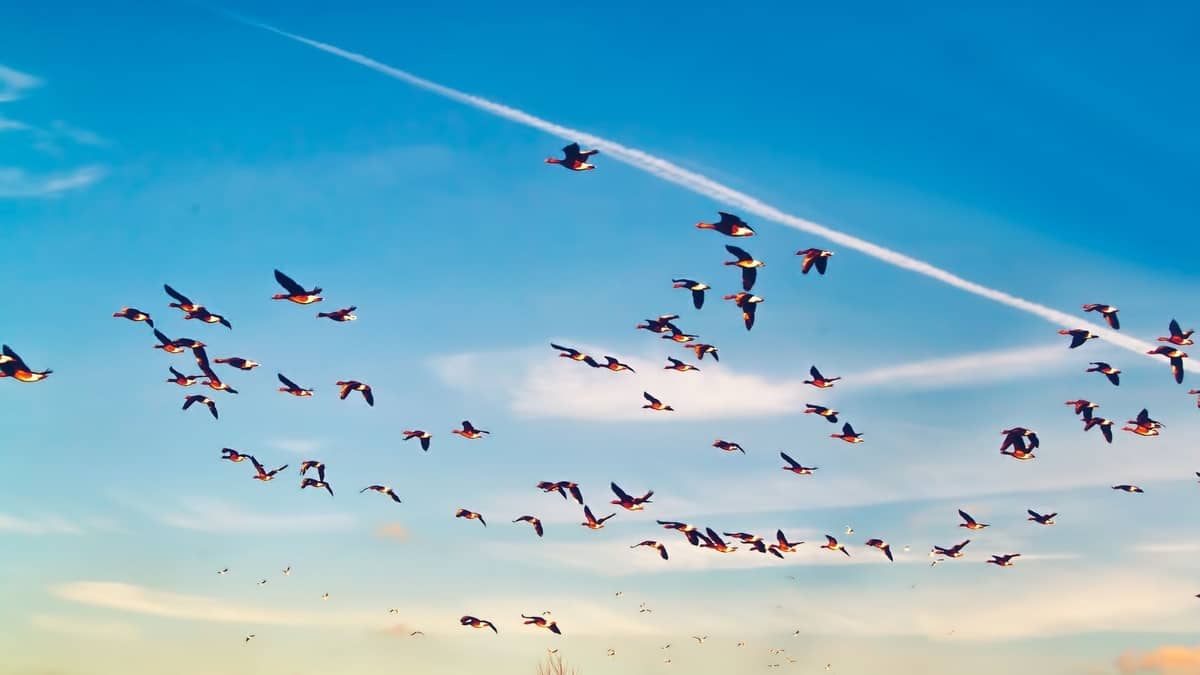 Last Updated on November 16, 2021 by Guillermina

Do you ever wonder if hummingbirds migrate on the backs of geese? Ever wondered if this old myth that has been told for a long time is actually true or not? Let’s get to know more about this.

There are so many stories or tales surrounding the migration of these sweet iridescent birds. It’s important you know the fact from fiction so you can be more enlightened about these birds.

Hummingbirds are fascinating little animals that migrate from Central America and Mexico and back to our side during spring manly to nest and breed. But what exactly is true about their migration? Do hummingbirds really migrate on the backs of geese or is it just a false tale? Let’s look into this.

Do Hummingbirds Ride On Geese

There are some justifiable reasons why hummingbirds won’t migrate on the back of geese. So let’s look at some of these reasons. 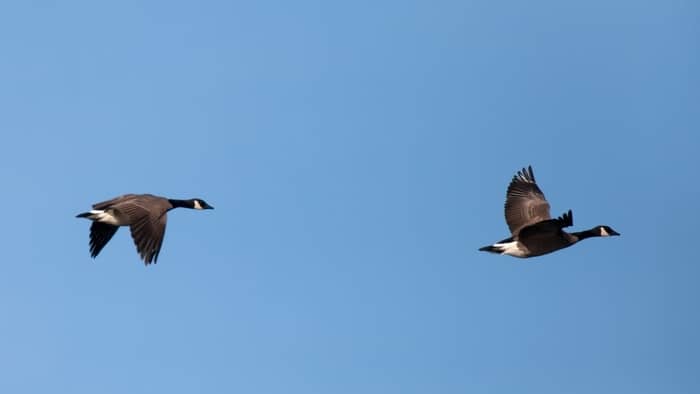 Why Hummingbirds Do Not Migrate On The Back Of Geese

Just think of hummingbird hitching ride on geese and why this old tale can’t be true:

So, looking at all these points, it’s safe to say hummingbirds do not migrate on the back of geese. Hummingbirds would rather migrate of their own accord. These birds are quite tenacious so they don’t need any assistant for their migration.

It is necessary for hummingbirds to migrate at appropriate periods once they have spent spring far north nesting and breeding. They need to migrate back to Mexico and Central America to spend winter and they do this by traveling a very long journey.

Hummingbirds may look tiny and fragile. But do not be decided, these lustrous birds are very agile and they can travel as far as nearly 4,000 miles.

To fuel their long journey, hummingbirds will begin to gather up fat close to their migrating period. They will feed more than they usually would and would gain fat and almost double their original weight. For instance, a hummingbird weighing about 3 grams can add 2 grams extra to fuel its migration.

This is why we encourage you to put up more feeders and refill them constantly once their migrating periods are around the corner.

Furthermore, migration timing, as well as route, varies from species to species and region to region. However, some hummingbird species do not migrate. They tend to remain all year round in some regions and this is majorly in tropical regions. This is because of the constant warm temperatures and plentiful supply of reliable food sources.

However, the majority of the species that nest and breeds north of Mexico in the United States and Canada tend to migrate to different wintering grounds.

Also, hummingbirds tend to migrate or fly alone. They don’t fly in flocks. This is very helpful in making it hard for predators to spot these tiny birds as they migrate. Flying alone keeps them safe as flock flying can draw attention from predators.

Hummingbirds can fly nonstop as it migrates to and fro. It can take approximately 18 to 22 hours for these brave birds to complete this remarkable solitary journey.

Rufous hummingbird tends to migrate north from Mexico to Alaska along the coast. It winters in Mexico and Central America. Once this hummingbird species have finished breeding, it moves south.

When Do Hummingbird Begin To Migrate South & North? 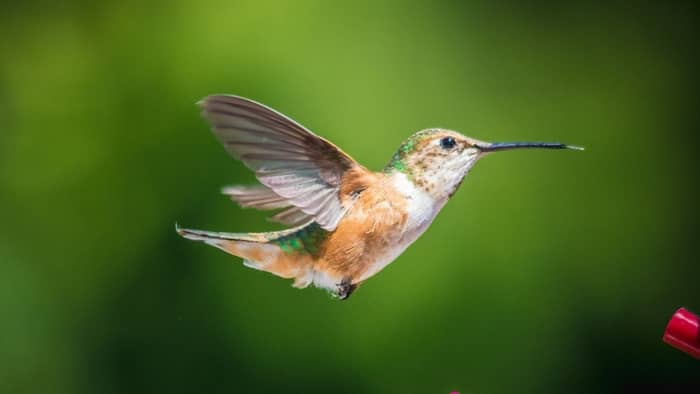 Hummingbirds tend to migrate south to winter in Mexico and Central America. Then they will migrate back north to our side to nest and breed.

These changes affect plants and insect cycles and there will be changes in the abundance of nectars in flowers. Once hummingbirds sense all these changes, they prepare for migration. Instinct is another factor that can trigger hummingbirds to migrate.

Once the time of migration is close, they begin to increase their feeding habit to gain more weight. They can gain about 30 percent of their body weight or even more than. This helps them fuel their long journey.

Hummingbirds will migrate back north to find the most suitable place to nest and breed. Their migration back to the north is usually around spring.

The southern region of America may begin to witness hummingbirds arriving as early as February. Then they may begin to arrive in Alaska by May.

Do Hummingbirds Migrate On The Backs Of Geese: Conclusion 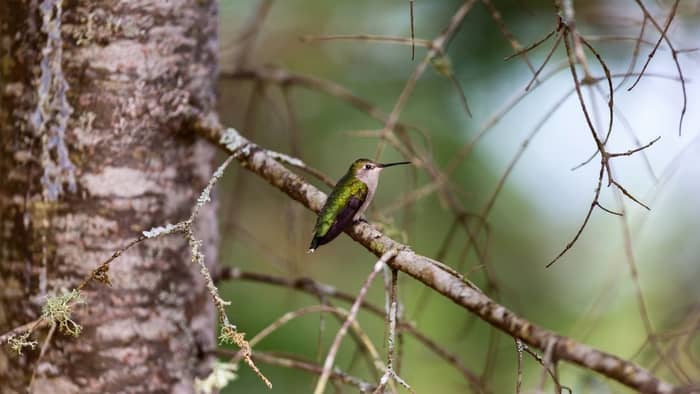 Hummingbird migrating on the back of geese may sound entertaining, but there is definitely no truth in this. Therefore, hummingbirds do not migrate on the backs of geese.