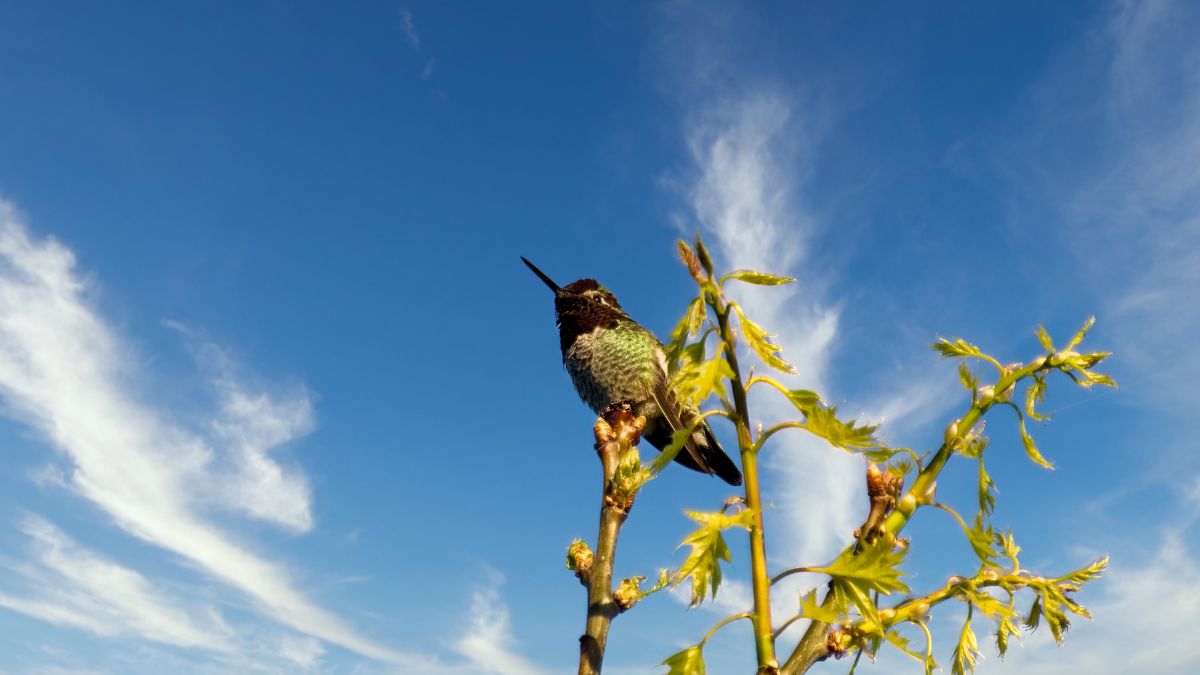 If you’ve ever wondered about the differences between the Male and Female Anna’s Hummingbirds, then this blog post is aimed at you. These medium-sized creatures belong to the Trochilidae family of birds which are indigenous to western North American coastal regions. This species has also increased its breeding range substantially.

This is because of the transplantation of exotic decorative plants into residential areas along the Pacific coast and in inland deserts which offers more nectar and nesting locations. An example of ecological release that depends on tolerance to colder winter temperatures, imported plants, and a supply of nectar feeders during winter is Anna’s hummingbirds’ year-round habitation.

These birds use an extended tongue to consume floral nectar. They eat tiny insects and other arthropods that they catch in the air or that they collect from vegetation. Let’s have a look below to find out more about the male vs female Anna’s hummingbird species.

When it comes to male and female Anna’s hummingbirds, the wingspan of these creatures is about 12 cm. These birds range in size from 3.9 to 4.3 inches and weigh between 2.8 to 5.7 g. Their flanks are green and their back is an iridescent bronze-green with a pale grey belly and chest and have long, erect, and slender bills.

They can often be observed in parks and backyards, where they frequent bird feeders and floral plants. Listed below are a few key features of these gorgeous birds. 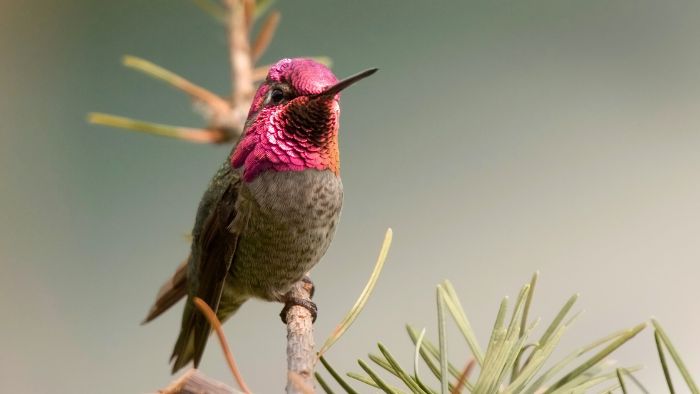 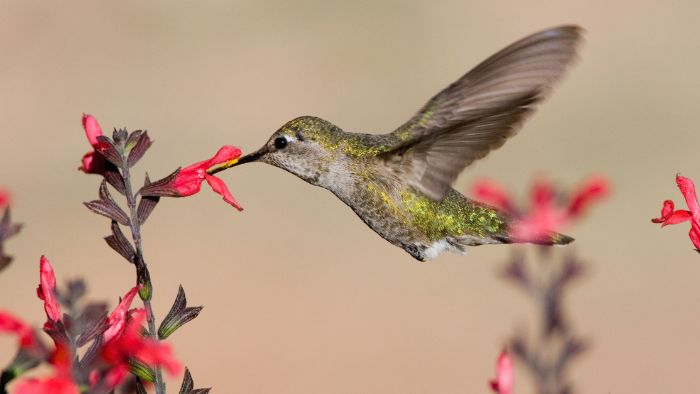 Getting to Know the Male Anna Hummingbird

The male Anna’s hummingbird sings during courting. This is unlike the behavior of the majority of northern temperate hummingbirds who do not. The tune lasts for more than 10 seconds and is thin and squeaky with buzzes and chirps in between. Males have been seen diving in the air over their territories during the breeding season.

The male bird will also rise to a height of around 40 meters when a female flies onto his territory before diving over her. This species reaches an average speed of 27 m/s per second as it nears the bottom of the dive. Some have referred to the male’s audible as an explosion of squeals made by the tail feathers as it descends toward the bottom of the dive.

Although the male and female Anna’s hummingbirds look similar, the female lacks the large iridescent gorget and head feathers of the male. This is because the female’s backs are covered with shiny green feathers that reach their crowns and nape. The majority of their underparts are a light gray tint, however, their throats do include a few scarlet feathers.

In addition to morphological variations, female Anna’s hummingbirds differ from males in the following ways: 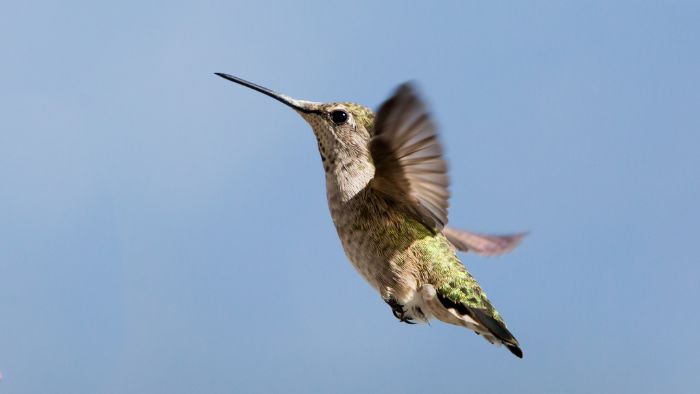 If you’re a bird watcher, then distinguishing behaviors between the male and female Anna’s hummingbirds would be beneficial in identifying them or telling them apart. The female has more modest colors, fewer vocalizations, and less aggression and display activity, making them far less noticeable than males. Listed below are a few behavioral patterns that you should take note of.

A Distinction of Hummingbird Behavioral Patterns: 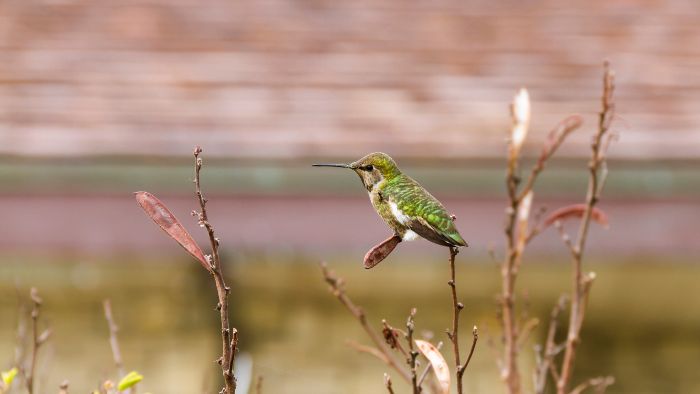 Contrary to other hummingbird species in their region, Anna’s hummingbirds often lay their eggs in the winter. These birds are able to escape competing with others of their kind for nesting and feeding supplies by breeding during the winter. When it comes to male and female Anna’s hummingbirds, the female species may care for their young without the male’s assistance.

She is an excellent mother, choosing the location of the nest, constructing the nest, incubating the eggs, and caring for the young hummingbirds all by herself. Additionally, when it comes to migration, they have a few little tricks up their sleeves. These incredibly small birds set records in a variety of categories, including how quickly they move.

The daytime weight gain of Anna’s hummingbirds in cold weather is caused by the birds’ conversion of sugar to fat. However, with insufficient amounts of body fat or plumage, they can endure cold spells by slowing down their metabolism and going into torpor which is a state of extended sleep. Here’s a link with more information about Anna’s hummingbirds.