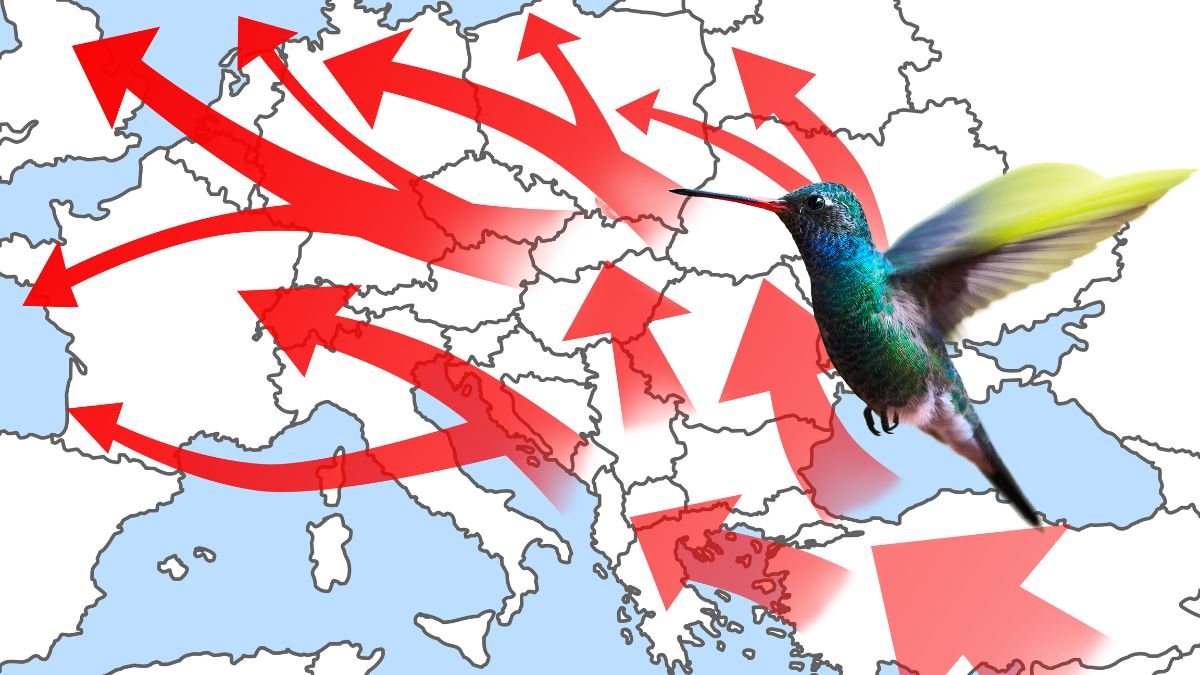 If you want to follow the Hummingbirds Migration Routes, then the information in this article will be of much use to you. These petite birds are said to have originated in South America after migrating from Asia. A few species started migrating to Central America, the Caribbean, and finally the continent of North America once they had expanded throughout the south of the country.

These small explorers have less competition for food and territory dominance as they moved to locations with increased availability. However, during the fall season, these species are usually driven south by the seasonal cooling in the region. Their migratory habit is based primarily on this seasonal cycle, hence the forward and backward movements.

Despite the fact that there are currently over 300 species of hummingbirds that have been identified, a very small percentage of them regularly migrate to the United States. You would also be surprised to know that even fewer make it all the way up to Canada. The information below will give you insight into their migratory routes which will make it much easier for you to spot them when they move.

Yes, hummingbirds do migrate. They usually set out on two migrations each year which include one toward the north and one in the direction of the south. These excursions, which can last hundreds or even thousands of miles, need a stunning amount of energy from these little birds. The move also requires intense planning which may increase their chances of survival. 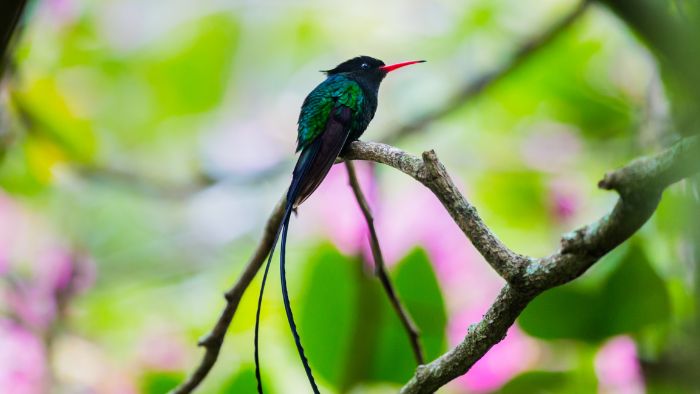 The goal of their lonesome spring migration north, from South America and Mexico up to Canada, is to reach their mating sites early and to snare the best feeding regions. The hummingbirds migration routes are therefore properly planned and can start as early as February and end in mid-May under certain conditions.

A similar timetable is followed by the southern hummingbird migration in the fall. The final stragglers usually reach the border of the United States by late October. A sudden flurry of activity at your feeders may also be caused by this spectacular cycle of migration. If your hummingbird feeder is kept up, you can anticipate a steady stream of new visitors as they try to recharge their batteries before continuing on their journey.

Additionally, the stunning Anna’s Hummingbird, a frequent species on the West Coast, does not really migrate. Others will remain in the same location all year round, while some individual Anna’s may establish a temporary territory with a more favorable environment. As a result, Anna’s hummingbirds are regarded as permanent residents of North America.

Birders who observe hummingbirds are in awe of their incredible aerobatic flight prowess, but how do they actually fly? Aside from hummingbirds migration routes, these little feathered creatures have unusual flight mechanics. This allows them to fly in a manner that is totally different from other birds. 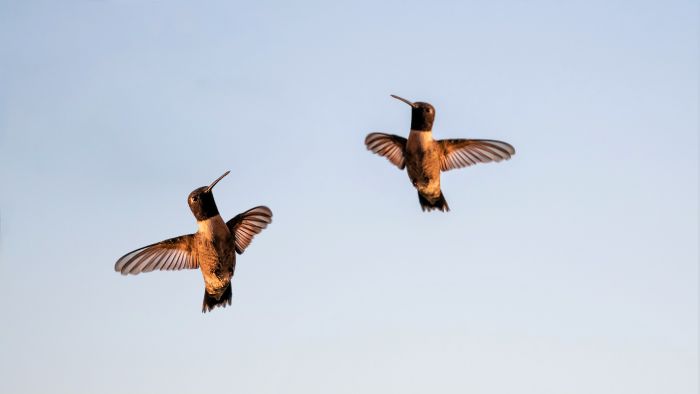 The majority of bird species propel themselves forward utilizing downward strokes of their wings, just like others. Hummingbirds, however, have the capacity to hover by sweeping their wings horizontally. Their actions push the air forward, backward, and downward as they rotate their wings with each stroke.

Breeding rufous hummingbirds in British Columbia can beat at a rate of 200 beats per second during courting. The sound produced by the swift movements of their wings is quite distinctive. Keep in mind that it takes more than just physical changes to give hummingbirds their exceptional capacity for flight.

The downstroke of each wing beat is where most birds generate all of their lift and power; however, hummingbirds beat their wings forward and backward, rotating it at the shoulder. Watch the next video and learn how to identify broad-tailed and rufous hummingbirds.

Many hummingbirds that breed in the United States and Canada spend the winter in Mexico and Central America. During this time, they experience hormonal changes brought on by shorter days that make them feel the impulse to refuel and fly south. By observing these gorgeous creatures, you can have an idea of their movement and habitat requirements.

The first birds to travel south in the fall are hummingbirds.
Before the first frost, these birds need to discover blossoming flowers along their migration route to obtain the much-needed nectar.
Hummingbirds do not migrate in flocks and are often faithful to migration paths, according to banding research.
The adult males are the first to leave their breeding areas followed by adult females and their young.
Male hummingbirds can migrate as early as July, but the majority of them do so in late August or early September.

Migration During the Spring Season:

Hummingbirds travel through the majority of the United States on their trip back up north as the days get longer and the weather gets a little bit nicer. By the end of March, when this migration process normally begins, you will start to see hummingbirds in various locations.

The males will be the first to arrive in the southern states along the Gulf Coast will be the first places to see them. By the beginning of March, people in Texas, Louisiana, Mississippi, Alabama, and Florida should all be able to observe hummingbirds, depending on the weather. 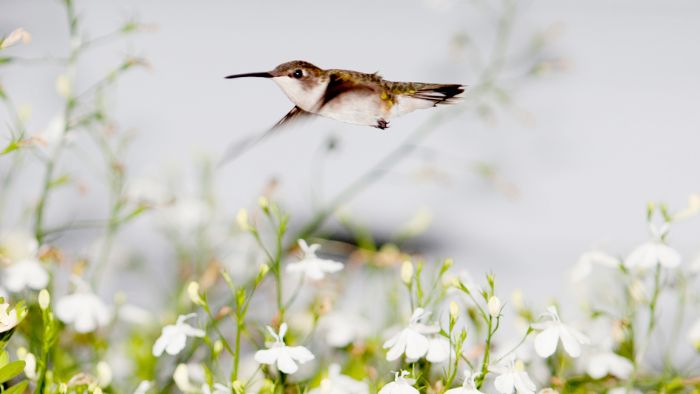 Migration During the Fall Season:

Hummingbirds will take advantage of the warm weather in all regions of the country during the summer. They begin to migrate south between the end of August and the beginning of September in search of warmer weather and food. They typically eat in the morning and afternoon in an effort to keep their weight as stable as possible.

Maintaining high food supplies in your feeder to draw them in during their journey is recommended. The southern coast of the United States in September will be great to spot them before they disappear for the winter. Usually, they are assembling for one last journey south, to a location over the Gulf of Mexico.

The hummingbirds migration routes may vary from year to year, but a number of factors ultimately motivate them to head back up north. They are stunning birds to get a glimpse of and appreciate full feeders during their migratory endeavors. Here are a few hummingbird migration facts that you might find interesting.

1. Male hummingbirds are the simplest to distinguish from others when in flight. This is due to their vivid hues. Additionally, they frequently start their migration early. Therefore, a swarm of male hummingbirds at your feeders is a reliable sign that the first migration wave has arrived. 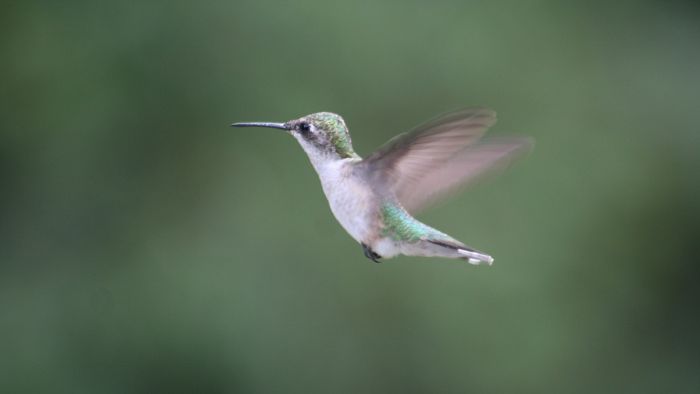 2. The second wave of the hummingbird migration begins with adult females and young birds. They don’t always travel together, even though they do migrate at the same time. The young go south as they act on their newly discovered inclinations. It will be difficult to distinguish the mothers from the chicks as they look similar.

3. Sometimes, hummingbirds that breed in the southern United States will raise a second batch of young before heading south. Individual migration may be postponed a little longer by this second brood.

4. You’ll notice a quicker nectar depletion from your feeders as the spring migration goes further north. This might gradually fade as hummingbirds concentrate on foraging for natural food and reproducing.

5. You’ll experience a spike in activity as the fall migration travels south, followed by days when your feeders are idle. Observing all of this activity is a crucial migration indicator

6. Anna’s hummingbirds usually stay put which is much more prevalent in the western half of the country.

7. To be able to endure the lengthy migration period, these tiny feathered creatures need to gain weight before they take off. This will ensure that they reach their desired destination in good health. 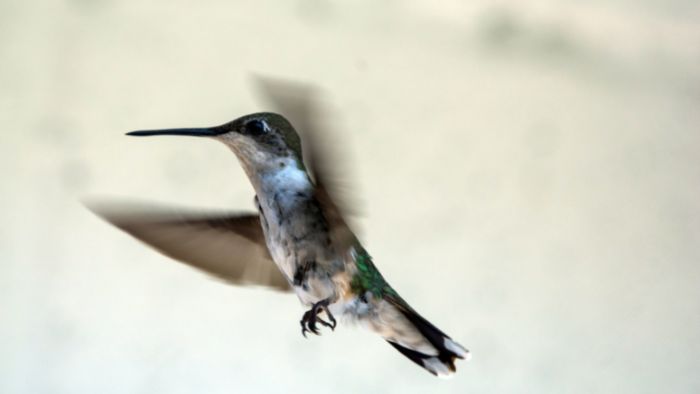 Hummingbirds use a lot of energy flying long distances, hovering at feeders, and darting between flowers. They consume up to three times their body weight in food each day because they burn energy so quickly. As they prepare to leave their breeding grounds, it is quite fascinating to observe them as they go on an eating frenzy.

Keep in mind that these little creatures arrive in our backyards because of their innate migration inclinations. They can sometimes travel the entire month to get halfway up the United States due to unfavorable weather conditions on the hummingbirds migration route. They also base their direction on a region’s profusion of flowers and insects.

Hummingbirds are most likely not going to appear in the northern hemisphere until May, including in Canada. It may not seem like the best news for those who enjoy watching them, but it simply emphasizes the need of having well-designed feeders to attract them while they’re en route. Here’s more info about hummingbirds migration patterns.