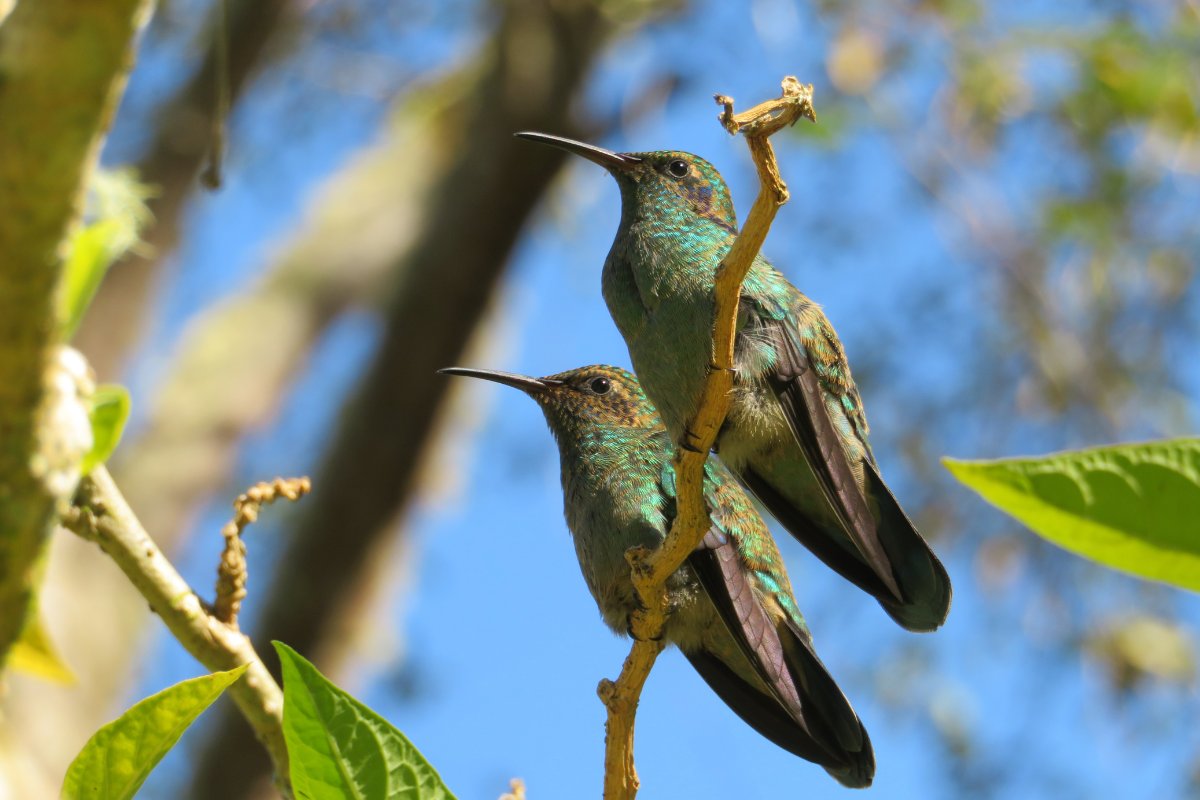 Wondering whether are hummingbirds monogamous? Keep reading to find out.

They enter this, in every way cruel world, blind, naked, and no bigger than a jellybean, but they soon become one of the most beautiful beings that ever soared into the sky. Just one look at them is enough to understand why they are considered nature’s most fascinating and beloved birds.

They are masters of everything, some even say that they have sex while flying, but are hummingbirds monogamous? Check this article and find out. You might be surprised.

Is There Such A Thing As A Hummingbird Mating Call?

Did you know that it’s rare for any bird species to “seduce” a female as a male hummingbird does? Their “it’s time to ‘get in the mood” season starts in early spring after they return from their southern winter migration.

You won’t believe it unless you see with your own eyes what we are about to tell you. Namely, males belonging to the avian family Trochilidae, during the mating season, have rather unusual methods of attracting the attention of females.

So, any male that has reached sexual maturity will climb high into the air and then nose dive, making sharp squeaks or trills to impress watching females. It is important to emphasize that, in addition to being sharp, the tones are extremely high. Furthermore, don’t forget that during that dive, the wind touches their elegant feathers, giving each species a unique whistle.

We can’t say that hummingbirds are the only species that make squeaking sounds while flying. For example, doves do the same thing, however, not while mating, but while running away from predators. Who knows how many times you yourself have heard that sound without having any idea what was happening?

Many scientists agree that these jewel-like birds are among the loudest birds in the world. To be honest, it’s another “most” epithet in the series. Most of you probably haven’t had the chance to hear live, but did you know that male Anna’s hummingbirds swoop at speeds over 20 meters per second, emitting a shriek like a startled rodent? Quite unusual isn’t it?

Here’s a fun fact before we give you the answer to the question “are hummingbirds monogamous?”. Are you ready? Let’s go!

Do you know what the main source of the hummingbird mating call is? It’s not their beak but their plumage! In 2008, the famous scientist, physiologist Christopher Clark and his team of assistants and scientists conducted an experiment, the results of which showed that if you pluck the thinnest, outermost feathers from a hummingbird’s tail, these rather noisy animals suddenly become silent, almost invisible.

What Are Hummingbird Mating Habits?

Just like everything else about these flying creatures, their mating habits are more than just unique or unusual. Did you know that their mating involves a lot more than just sex? Moreover, it starts long before that, even up to a week earlier when the female starts building the nest. So, to conclude, the female builds the nest before she even meets her future mate and the father of her young chicks.

As for the process itself, males become much more warlike and aggressive than usual. Once the females arrive and line up in nearby bushes or trees, the males begin attracting their mates. The main component of hummingbird mating habits is their energetic and showy flight.

But apart from that, other displays for winning the attention and hearts of the opposite sex include showing off their feathers as well as flapping their wings as fast as possible in order to create the loudest humming sound.

Finally, when the female chooses her ideal male, she takes him to the place where she built the nest to show off her creativity and building skills. As for the act itself, it is quite short, lasting only 3 to 5 “long” seconds. And that’s it, if it was successful, the chicks will see the light of day in no time.

How Do Hummingbirds Reproduce?

We believe that this topic has interested you, so before finally revealing the answer to the question “are hummingbirds monogamous?”, we will tell you a few more details about their reproduction, shall we?

Did you know that males from the Trochilidae family do not have an external penis? We know it may sound a little strange, but no actual penetration takes place in this process. The point is that the male presses his cloaca against the female’s, and then the sperm is transferred to fertilize the female’s egg, and that’s it.

After painstaking and aggressive courtship, showing the nest and the act itself, it’s time to lay eggs and raise baby chicks. However, what happens after those 4 seconds, that is, are hummingbirds monogamous or polygamous? It may sound strange or sad to some, but the couple separates at the end of the act. The female stays to finish the nest, and the male immediately sets out to conquer another female.

Keep in mind that these are creatures that live a solitary life, moreover, they don’t even like to fly together in a flock. The female will never take it personally or end up sad and depressed, this is quite normal for this bird species.

Do Hummingbirds Sleep Together?

Like everything else, hummingbirds like to sleep alone. They simply don’t like the company of other birds. Are you wondering how they don’t freeze overnight? Well, it’s very simple, during sleep they fall into a coma-like state in order to be safe in the cold weather. However, it is important to emphasize that this does not apply to mothers with small babies; there is no way they will leave them unattended.

To Conclude – Are Hummingbirds Monogamous?

So, are hummingbirds monogamous? After they complete the act, the male leaves the female. He goes to look for a new potential mate and she stays to build a nest and prepare to lay eggs.

That’s it; we hope you found this article helpful. If you have any questions, please feel free to let us know in the section below.

Recommended: What Do Hummingbirds Make Their Nest Out Of? The 3 Best Things You Can Provide