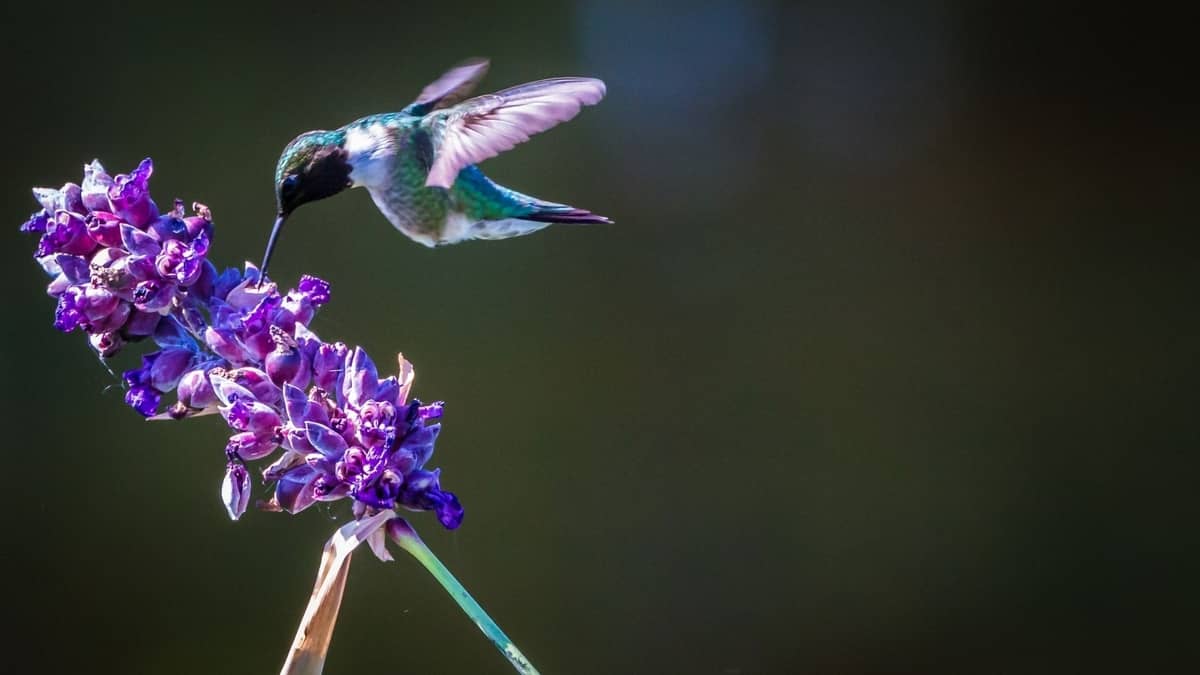 Are there hummingbirds in Chicago? Find out if they are nesting in your neighborhood.

Often brightly colored, hummingbirds are fascinating and beautiful little creatures. They are known to travel up to 30 mph and to have wings that move in figure eights. Besides, did you know that they are the only birds that can fly backward?

Chicago is the third-largest city in the United States, with a population of about three million people. Many of them, even those who are not lovers of these birds, wonder are there hummingbirds in Chicago? If you are one of them, keep reading and find out the answers to all your questions.

A Word Or Two About Chicago

These are some of the most interesting facts & statistics we associate with Chicago:

We won’t prolong because we know you’re all wondering are there hummingbirds in Chicago? Well, let’s get to the point. 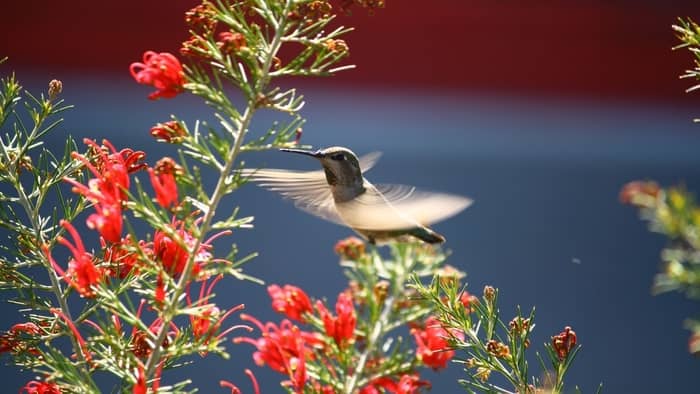 Are There Hummingbirds In Chicago?

In short – yes! The ruby-throated hummingbird migrates through Chicago year after year. Accordingly, chances are high that you and all other bird watchers will have a unique opportunity to spot these little birds in your urban setting.

Hummingbirds are well adapted to the Chicago environment, and you can spot them in your backyards, as well as in parks and highways. In addition, they love locations that abound with good nesting trees as well as nectar-producing flowers.

The ruby-throated hummingbird is most easily recognizable by its pale green belly and light green back. In addition, male specimens have a brilliant splash of red on their throat that pops against their green body. The throat patch, or gorget as it is also called, is made up of feathers whose color shines in bright light.

Did you know that ruby-throated hummingbirds can’t actually walk? The reason for this is their extremely short legs. But still, they somehow manage to shuffle along branches to reach secluded and protected resting places. 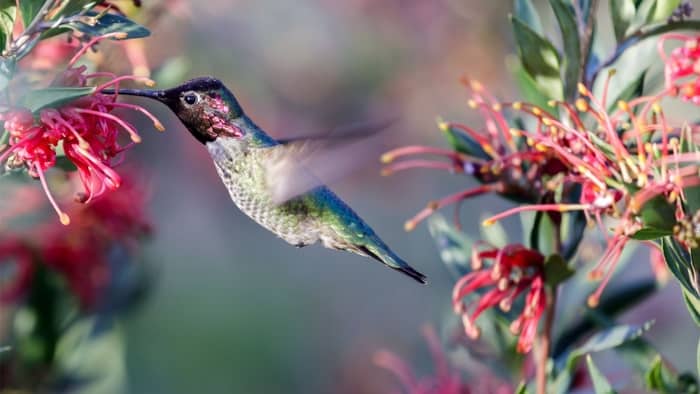 Best Time To Spot A Hummingbird In Chicago

The best time of year to observe hummingbird birds in Chicago is in late spring, following their quarterly migration from Central America. So, these little creatures will stay there through summer and into early fall. The peak is during August, but don’t be sad if you won’t be there during that period as you can spot them anytime between April and October.

At the end of the season, their migration to warmer regions, to the south, begins. The good thing is that the hummingbird season coincides with the best time to visit Chicago. Accordingly, bird lovers can combine a hummingbird trip with sightseeing in the Windy City.

Once they get the answer to the question “are there hummingbirds in Chicago” most people immediately start exploring the places where this magical bird is most easily spotted.

Truth be told, you don’t need to look any further than brightly-colored bird feeders. Namely, hummingbirds prefer red and orange flowers, and it is important to emphasize that they are not afraid of people. You can find them anywhere, even in the gardens of your acquaintances and friends.

Alternatively, the best place for it is the Chicago Botanic Garden. These birds are frequent visitors to this botanical garden during the warm summer months. Best of all, during the fall you have the opportunity to observe males displaying their beautiful red throats during the mating season.

You can also visit the Bill Jarvis Migratory Bird Sanctuary. This eight-acre woodland and wetland habitat is a popular refuge for migrating birds, including the ruby-throated hummingbird. 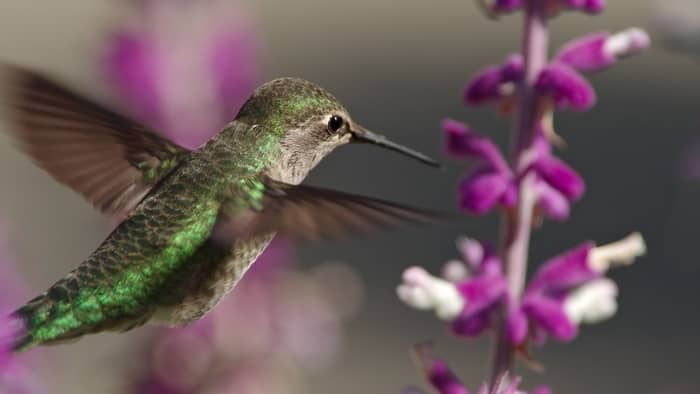 Are there hummingbirds in Chicago? Yes, they are frequent visitors to this windy city. Namely, the ruby-throated hummingbird migrates through Chicago every year. What are you waiting for? Book the tickets and enjoy watching these magnificent creatures!

Do hummingbirds come to your city? Write us your answers in the comments below. We look forward to hearing from you.

When Should I Put Out My Hummingbird Feeder In Chicago?

Hummingbirds usually arrive in Chicago in the fourth week of April. That's why experts advise you to take out and set up your feeders two weeks before their arrival, in case they are ahead of schedule.

It would be best to place them somewhere near nesting trees, as well as nectar-producing flowers, preferably bright red and orange.

How Long Do Hummingbirds Stay In Chicago?

Hummingbirds appear in late spring and stay in this windy city during the summer and early fall. So, you can observe them anytime between April and October. Ultimately, they usually leave Chicago the second week of October.

Where Can You See Hummingbirds In Chicago?

You can see them everywhere, even in your own backyard. However, not all people are equally lucky that hummingbirds visit their private property. That’s why many Chicagoans, as well as tourists, decide to observe these beautiful birds in the Chicago Botanic Garden or in the Bill Jarvis Migratory Bird Sanctuary.

How Do You Attract Hummingbirds In Chicago?

Hummingbirds love Chicago very much, so in principle, they do not need to be lured, because they migrate to this city once a year.

However, if you want to lure them into your own backyard, you can do so by planting a mix of annuals, perennials, and shrubs as nectar sources. Scents and bright colors will surely attract these beautiful creatures. You can also set up a feeder. With very little effort, their visit is guaranteed.

When Should I Put Out My Hummingbird Feeder In Chicago?

Hummingbirds usually arrive in Chicago in the fourth week of April. That's why experts advise you to take out and set up your feeders two weeks before their arrival, in case they are ahead of schedule.

It would be best to place them somewhere near nesting trees, as well as nectar-producing flowers, preferably bright red and orange.