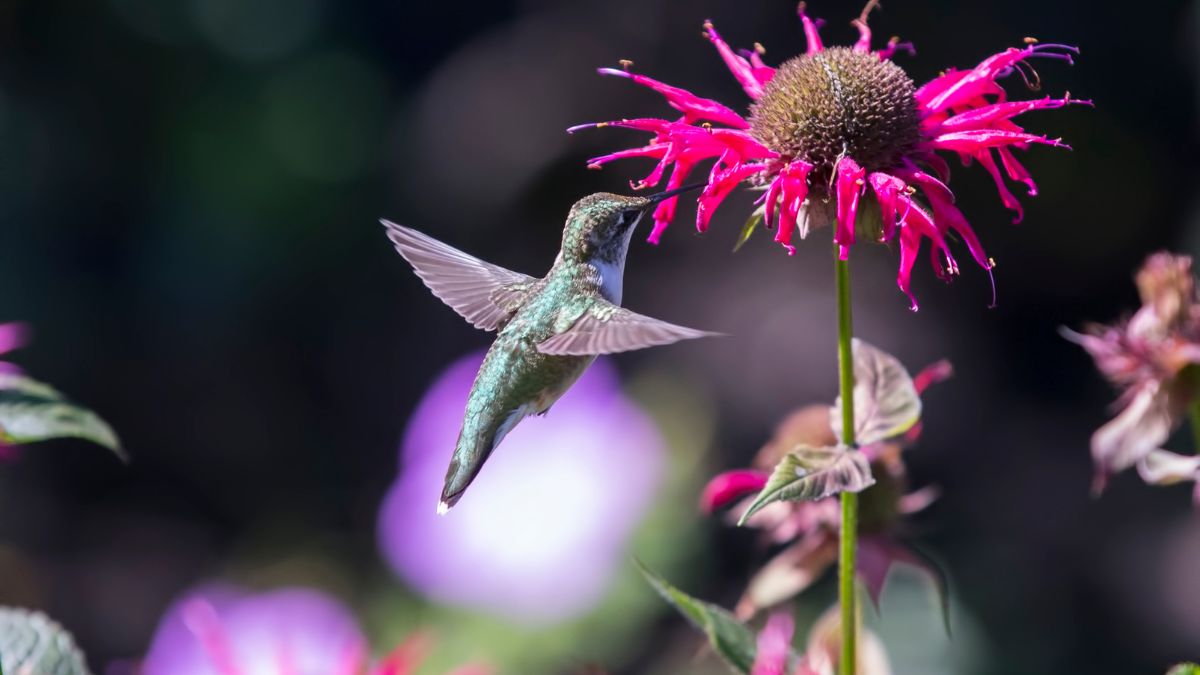 Are there birds similar to hummingbirds or are these creatures so unique that there is no way to mistake them for any other bird? Find out the answer below.

Hummingbirds are among the most coveted backyard visitors, but what are they really, insects, birds, or something else? True lovers of these creatures immediately knew that the only correct answer was birds. The truth is, the more you understand the traits that make these birds unique, the more you will appreciate just how special they are.

Today, this article will introduce you to these amazing flyers, but also to some other birds similar to hummingbirds. So, if you’re up for it, let’s go into detail!

Did you know that there are currently at least 350 known hummingbird species? Trust us, everyone is surprised when they hear this number. It is necessary to emphasize the fact that the exact number varies depending on different classification systems and accepted divisions of subspecies as well as some other closely related, and birds similar to hummingbirds. Everyone agrees on one thing, they are truly unique and distinct.

The family Trochilidae, to which they belong, has many members. Although at first glance they may all look similar, if not identical (considering that we most often see them as blurry dots on the horizon), there is still a great deal of variation among these birds. However, here’s the good news, birders, even beginners, can quickly learn how to identify these tiny but eye-catching creatures.

Physical appearances as well as the characteristic humming sound that these birds’ wings produce while in flight are the easiest ways to distinguish these birds. We will describe them in more detail below.

Hummingbirds are the smallest birds in the world, they are tiny, and many are actually minute. When you compare them with some other small birds similar to hummingbirds, they are still much smaller. In terms of physical appearance, as different as they are, they all have a stocky streamlined body, long wings, and a long, narrow beak.

Their glittering wings are long, narrow, and tapered to give the bird greater agility in the air. They have small feet that are used for sitting, but not for walking. Hummingbirds are characterized by their bold colors and patterns as well as their iridescent plumage. Finally, we must not forget to mention their super-fast metabolism, which cannot be found in any other animal in the world.

How to Identify Hummingbirds?

To be honest, these birds are quiet and difficult to recognize due to their small size and fast movements. However, there are 3 basic methods that bird watchers mainly rely on, namely distinguishing by their appearance, behavior, and territory.

Look for some specific characteristics including: 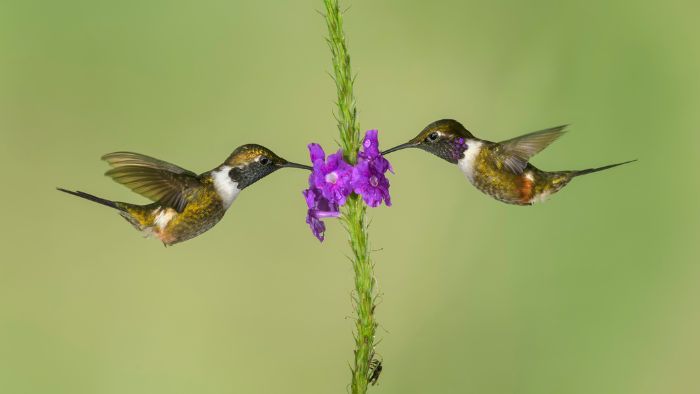 Pay attention to their behavior while eating, as this can greatly facilitate their identification. Look at them and try to find clear answers to questions including:

If you have tried the first two steps and still haven’t been able to determine what kind of hummingbird it is, there is a third thing you can do, and that is to consider the territory they are in. Experienced birders will always be able to determine which species it is by territory, even when the appearance or behavior of the bird is uncertain.

Furthermore, keep in mind that even though they are geographically separated from each other, there is always a chance that their migratory paths will cross or take them to some areas where they aren’t seen regularly. Make an effort to thoroughly study their migration routes so that you can accurately identify these birds at any time of the year.

Therefore, in order to distinguish these birds as easily as possible, pay attention to everything from their appearance and behavior all the way to their habitat. These three 3 basic methods will help you feel confident about which hummingbird you have seen.

If you have ever wondered if there are birds that look like hummingbirds, we have a real treat for you. Have you ever heard of songbird or passerine? These are birds that indescribably resemble hummers. 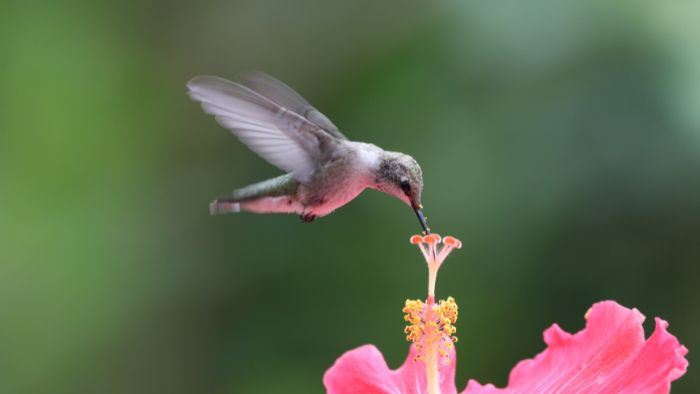 Since hummingbirds live exclusively in North America and cannot be found anywhere else in the world, most other countries like to think of songbirds as their hummingbirds. Songbirds belong to the order Passeriformes, which has about 4,000 different species. When everything is added up and subtracted, it can be said that it is almost half of the world’s birds.

These birds are characterized by a highly developed vocal organ, although not all of them use it for melodic effect. Furthermore, different birds make different sounds, so it is often possible to recognize them just by the sound they make.

In terms of their physical appearance, they can range in size from small hummingbird-like kinglets to relatively large crows. They can be found everywhere, from open grasslands to forests.

Hummingbirds are such unique creatures that it is difficult to find any aspect in which they can be compared to other birds. They are champion flyers, have a striking appearance, and take the breath away wherever they appear.

However, we can’t help but wonder if there are birds similar to hummingbirds? The answer to this question is affirmative; songbirds are indescribably reminiscent of hummingbirds.

We hope you found this article useful. If you have any questions feel free to ask in the comments.

Still curious? Take a look at some of our favorite articles:

Can Hummingbirds See At Night? The Most Amazing Facts About The Anatomy Of Their Eye

How Fast Do Hummingbirds Fly? Faster Than Falcons & Fighter Jets 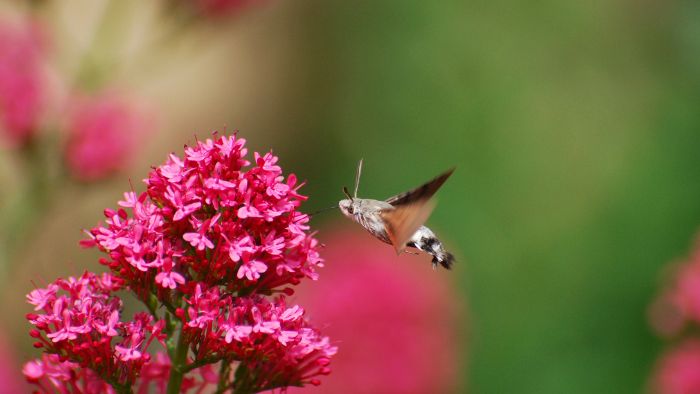