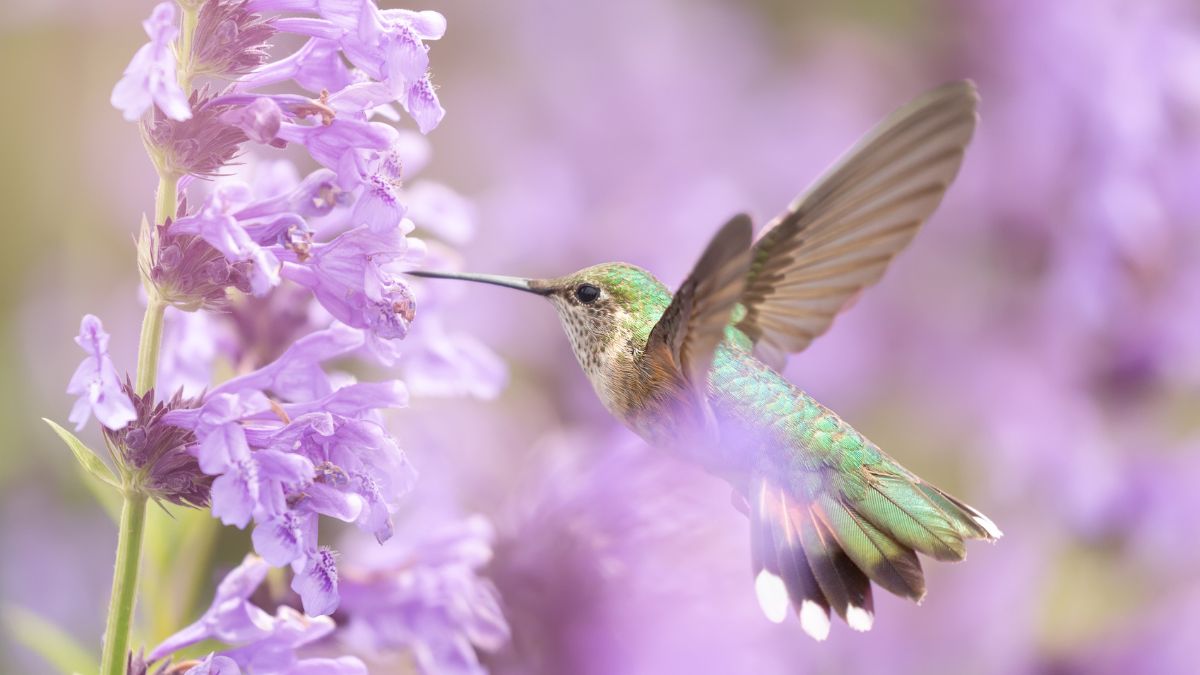 Last Updated on September 29, 2022 by Guillermina

How many varieties of hummingbirds are out there? You might be surprised to find out the real number.

Hummingbirds are among the most popular birds, not only in North America but around the world. They have been capturing people’s interest and attention for centuries. They are very fast, extremely tiny, and most importantly, difficult to distinguish from each other. Frankly speaking, most of the time you can actually see them as little green and iridescent blurs zooming all around you.

Therefore, we shouldn’t be surprised by the fact that people often wonder how many varieties of hummingbirds are out there. Want to find out? Well, keep reading this article, because below comes proven first-hand knowledge.

A Few Words About The Family

First of all, before we reveal the true answer to the question: “How many varieties of hummingbirds are out there?” to you, let us first introduce you to this extraordinary animal species.

These brightly colored birds belong to the Trochilidae family. In addition, they are usually classified in the order Apodiformes, together with swifts, but in some cases even separated into their own order named Trochiliformes. Their vivid, luminous colors and detailed feathers led the British expert John Gould in the 19th century to give them exotic names, many of which are still in use today, such as wood star, sapphire, topaz, and sun gem.

Are you ready to hear the truth about how they got their name? Their family name Trochilidae comes from the Greek word Aristotle used to describe a small bird. When all is added and subtracted, it is probably the species we know today as the European wren. 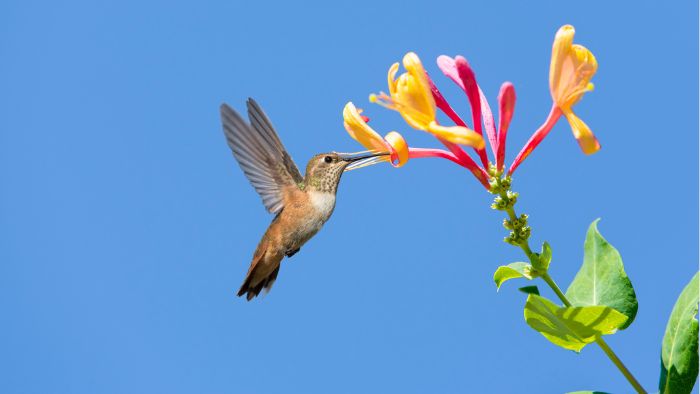 How Many Varieties of Hummingbirds Are Out There?

It is well known that there are many different species of hummingbirds. Honestly, it is difficult to determine the exact number because this question is always hotly debated, primarily because of the subspecies and accepted divisions between closely related birds. To make matters even more difficult, many birds often have different common names in their local regions.

So, how many varieties of hummingbirds are out there? There are over 350 known breeds of hummingbirds, with at least a few new, previously unknown species being discovered every year. This actually means that the family from which these jewel-like birds originate is the second largest family of birds after flycatchers.

There were also two species of hummers that have unfortunately become extinct since they were discovered and described in the 19th century. Did you know that around 10% of hummingbird species are listed by the IUCN as Critically Endangered, Endangered, or Vulnerable?

Unfortunately, the loss of their natural habitat and destruction play a big role in increasing that number. In addition, the potential effects of climate change on food supply as well as migration routes are also a major concern. Fortunately, since there are always good people, these garden favorites continue to benefit from bird watchers who tirelessly clean and refill their bird feeders and plant all sorts of hummingbird-friendly flowers.

Where Do Hummingbirds Live?

Speaking of hummingbirds in North America, did you know that there are species of these birds that have been seen in every state of the US and every province of Canada, both as common and rare sightings? Sounds astounding, doesn’t it? 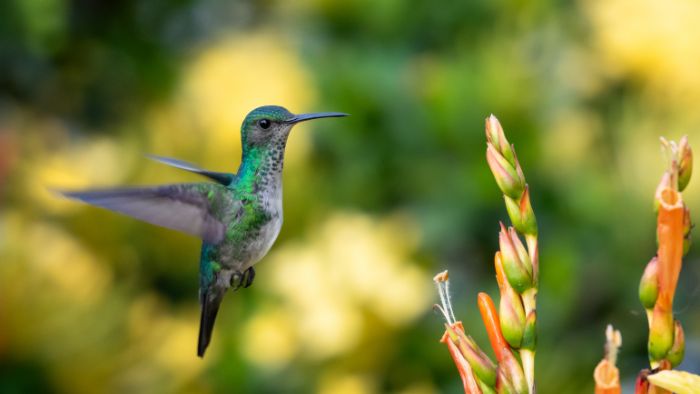 In terms of distribution, they cannot be found in any part of the world, but exclusively in the New World, with almost half the species living in the “equatorial belt”.

It is very important to emphasize that, when it comes to hummingbird varieties, only eight breed regularly in the USA, namely the vast majority live further south in the tropics, specifically in Central and South America and the Caribbean.

The Most Popular Breeds Of Hummingbirds

The Black-chinned hummingbird appears in a wide variety of habitats, from deserts, all the way to lush river bottoms and suburbs of multi-million cities. Favorite destinations: Eastern Oregon, east of the Cascades, as well as the foothills of the Blue and Wallowa Mountains.

If you’re wondering what the most common and widespread member of the Trochilid family in the east area is, the answer is Anna’s hummingbird. Among other things, this is the only permanent resident of Oregon even in winter when there is a lack of sun, and food with long periods of severe cold. 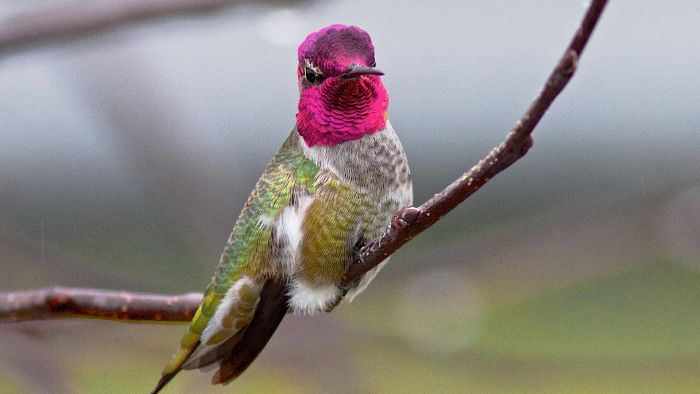 Did you know that the Calliope hummingbird is the smallest breeding bird in US and the smallest long-distance migratory bird in the world? Additionally, they are best known for their impressive U-shaped dives used to attract females.

Favorite destinations: east of Cascade Peak, Mexico, as well as the foothills of the Blue and Wallowa Mountains.

The broad-tailed hummingbird is one of the most enigmatic members of this bird species. For many years this brilliantly colored hummingbird managed to remain unrecorded, probably due to the uncertainty of identification and the remoteness of its preferred habitat.

If you’re wondering who the most aggressive hummingbird in the US is, the answer is the Rufous. They have been seen mercilessly attacking and chasing away other hummingbirds and even chipmunks.

Favorite destinations: southern Alaska, and British Columbia all the way to the Pacific Northwest to California. 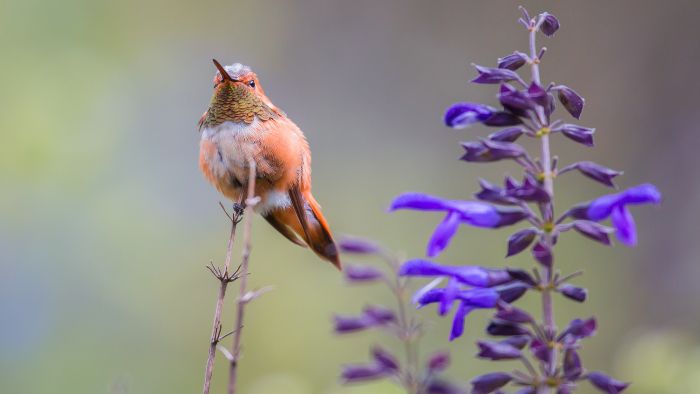 Hummingbirds are one of the most popular backyard bird-watching species. They simply leave us breathless every time we see them! Many agree that they are delicate and mischievous at the same time. What other bird can boast that? Probably none.

So, how many varieties of hummingbirds are out there? According to the data we managed to collect, there are over 350 known breeds of hummingbirds, with at least a few new, previously unknown species being discovered every year.

What is your favorite hummingbird variety and why?

Also, do you have something to say or add to what you just read? Leave us a comment in the comment section below.