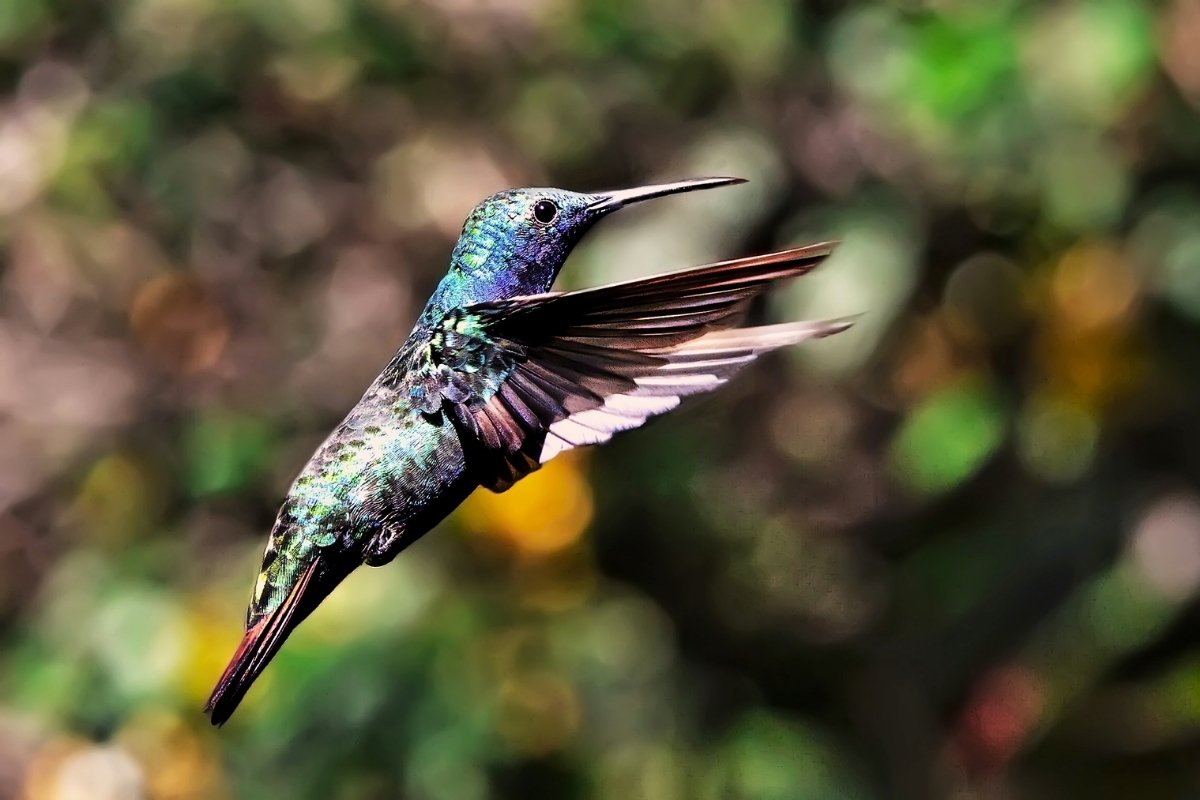 Do hummingbirds have to keep moving or else they will die? Check out this article and find out if the popular belief is false or true.

Hummingbirds are birds known for their incredible speed, and based on some research it has been proven that they can withstand G-forces that would normally knock out even the most experienced fighter pilots. Despite being small and delicate, these birds are quite amazing when it comes to flight, as they can fly backward, forwards, and in some cases even upside down.

However, rarely has anyone seen a hummingbird standing firmly on the ground, and if it does happen, people usually consider it as a sign of alarm. Do hummingbirds have to keep moving without stopping? You can find the answer to this and many other interesting questions below.

Do They Really Move As Much As People Assume?

Due to their incredibly fast metabolism, hummingbirds are forced to eat more often than any other flying animal. They are constantly looking for a place that will provide them with plenty of food.

Did you know that, depending on the species, hummingbirds travel more than 2,000 miles twice a year? Thanks to the enormous strength hidden in their small bodies, they are able to fly as much as 23 miles in one day. Amazing isn’t it?

It is widely believed that hummingbirds must be on the move without stopping, otherwise they put themselves in mortal danger. It sounds a little scary, so it’s no wonder that so many people have approached us asking if hummingbirds have to keep moving. That’s why we will explain in more detail whether this claim is true or just a myth.

Do Hummingbirds Have To Keep Moving?

Hummingbirds are almost always in flight, so only a few had the opportunity to watch them while they are resting or bathing in the fountain. However, it is important to emphasize that these birds don’t always have to be on the move. Thanks to an old belief, many people think that hummingbirds die unless they fly. Fortunately, this is just a myth that needs to be dispelled as soon as possible.

On the contrary, hummingbirds like to spend time resting; it helps them recover from injuries as well as from a day of constant flying. Although it is true that during rest their heart rate slows down, body temperature drops and metabolism reduces, this doesn’t have any particular negative consequences for their well-being.

Don’t be surprised by the prevalence of this myth, because a large percentage of people think that hummingbirds don’t have feet and therefore cannot sit, which is certainly incorrect. On the contrary, they have feet, even quite strong ones. The thing is that their feet are extremely tiny and tucked closely towards the body, and are therefore almost invisible unless you get very close to the bird.

Now here’s a fun fact. Did you know that hummingbirds don’t have feet suited to walking? They only use them for in-flight control and perching, although it may sound a little funny, they can’t be used for walking or hops.

In addition to resting and looking around, hummingbirds take breaks from flying because they are injured or too stunned to continue. In addition, just like all other living beings, they also need sleep. We mustn’t forget to mention the state of torpor during which the hummingbird hangs upside down. This is perfectly normal and healthy and nothing to worry about.

That would be it, now you know the only correct answer to the question “Do hummingbirds have to keep moving?”.

To Conclude: Do Hummingbirds Have To Keep Moving To Avoid Death?

Hummingbirds are one of the fastest-moving birds. Even though they are always on the move, that doesn’t mean they can’t land and sit down to rest and observe their surroundings. Finally, we must emphasize once again that they will not die when they are not in motion.

Have you ever asked yourself: “Do hummingbirds have to keep moving or else they will die?” Let us know in the comments.

What to Do If a Hummingbird Is On the Ground?

If you find a hummingbird lying helplessly on the ground, the poor thing is probably injured, so it would be a good idea to help him. Unfortunately, most people are not familiar with the procedure because such situations are rare, so we will briefly explain what you should do if you ever find yourself in such a situation.

Approach him slowly, without sudden movements so as not to upset him further, and then pick him up including everything else he is holding on to with his legs. Although quite small and delicate, hummingbirds have extremely strong toes, and consequently, deliberately removing something from its grasp is not such a smart idea as it can actually break its tiny bones.

Bring the injured bird inside to warm up, keep it in a quiet and dark place, also do not force-feed it or touch it with your hands, because all this causes great stress to the animal. Finally, be sure to contact your local wildlife rehabilitator for further instructions on how to handle the situation.

Do Hummingbirds Have To Eat Every 15 Minutes?

We believe that at least once in your life you have heard that a hummingbird eats every 10 to 15 minutes, but this is only partly true. Because their wings move at incredible speeds, they often appear blurry to the human eye, requiring frequent feedings to keep up their fast pace.

However, they can safely live between three and five hours without eating during the day, but anything more than that rarely ends in a positive outcome because in most cases they starve to death.

How Do You Know If A Hummingbird Is In Distress?

In short, if you notice this bird flying like crazy or behaving aggressively and territorially, the poor thing is probably in distress. Try to find out the cause of the problem so that you can help him, but without invading the hummingbird's personal space.

Is It Normal For Hummingbirds To Sit Still?