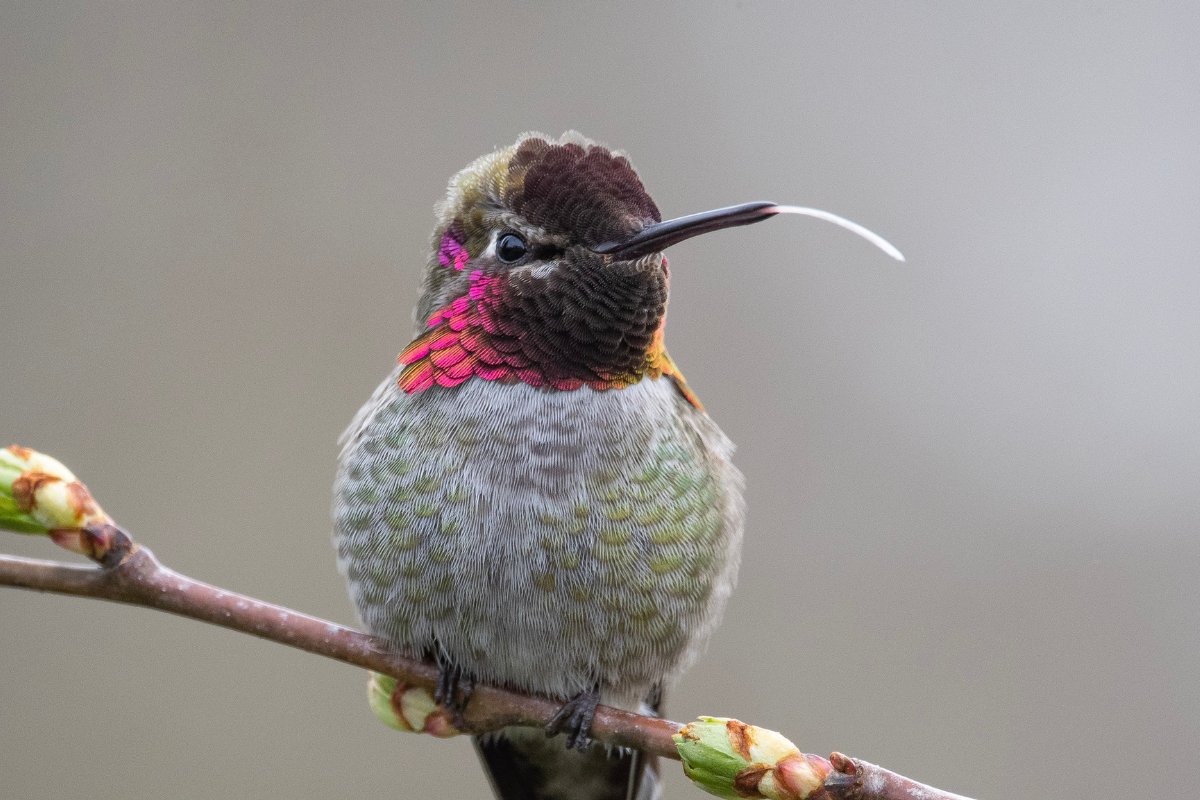 Do hummingbirds have tongues? Take a look at this article and learn a lot of interesting things that could knock you off your feet.

How many times have you asked yourself “do hummingbirds have tongues”? Trust us; you aren’t the only one, because this enigma is troubling people all over the world.

This outstanding bird possesses a unique mechanism inside its mouth that allows it to slurp up nectar at a rate of 14 licks per second. Yes, you read that right, 14 times in just 1 second. For centuries, scientists have tried to find out everything about this one-of-a-kind mechanism, and you know what, they are finally on the right track. Want to know more? Sounds great! Stay with us as the juiciest details come below.

Beak Or Bill; The Overall Utility

Hummingbirds are one of the most fascinating species of birds that capture the attention of not only ornithologists but also bird enthusiasts, mostly because of their small size and fragile beaks or bills. You can use the term that suits you best, but if you want to be 100% accurate, keep in mind that their beak is called a bill, namely, the term bill is most often used in order to compare other bird beaks.

Their soft and long needle-like, straw-like, or sword-like beak (whatever you like to call it), is so fragile that it can be broken by even the slightest hint of force. They can break it if, for example, they hit the window glass or approach the feeder too hard.

If this happens, the consequences are generally bad for their well-being. In the largest percentage of cases, they will encounter great difficulties when drinking water, feeding on natural sources of food as well as through feeders and this most often leads to starvation to death.

Did you know that many ornithologists agree that certain nectar-producing flowers co-evolved with hummingbirds, resulting in flowers whose general shapes and sizes match the particular characteristics of this bird’s beak size and shape?

Furthermore, their beak ranges from 1/2″ to equal to their total body length and they come in all kinds of shapes from very straight to extremely curved. Such characteristics allow them to reach nectar that other birds and insects cannot otherwise see or reach.

Can Hummingbirds Open Their Beaks?

Hummingbirds can open their beaks just like any other creature in the flying animal kingdom. How else would they eat those insects that serve as an excellent source of protein?

However, it’s important to note that these birds can’t really open their beaks as wide as some larger birds, they only do it enough to fit an insect in their mouth. Remember that they never reach for huge insects, their diet is based on slightly smaller individuals such as ants, aphids, wine flies, mosquitoes, wasps, beetles, mites, etc.

Now that we have introduced you to this very interesting part of their body, it is finally time to find out the answer to the question: “do hummingbirds have tongues”. So let’s go into details.

Do Hummingbirds Have Tongues?

If you have watched at least one video of these amazing birds drinking nectar, you have probably noticed that they do it with their bills closed. This is very possible because they don’t use their bill as such for feeding. We are guessing you are already a bit confused, so we won’t delay the details.

Yes, it’s true that they use their long, pointed beaks to poke right into the flowers in search of nectar, but then what do they use as a straw to draw the divine liquid from the flower, do hummingbirds have tongues?

Considering that it is almost impossible to observe a hummer’s tongue while it is feeding on flowers, it is no wonder that it has plagued people for centuries. However, thanks to the progress of modern technologies as well as classic binoculars, everything has become possible and available to the general public to enjoy this, more than a specific hobby.

Until recently, it was believed that these jewel-like birds lap up nectar with their long tongues. However, based on recent research, it was actually discovered that their tongue is split into two halves at its end and that each half of the tongue is lined with hair-like appendages better known as lamellae. In principle, the hummingbird tongue catches even the smallest amount of nectar with its lamellae and pulls them into the beak while the lamellae are compressed.

Finally, we cannot conclude this article without mentioning the hummingbird tongue skull. Namely, did you know that these birds have an amazing ability to wrap their tongue under their jaws, behind and above their heads when they no longer need it? It should be emphasized that this is an extremely long tongue, hence the adaptation to wrap it around the skull on a special structure called the hyoid apparatus.

Want more details on tongue length? We are glad to hear that. Keep reading the rest to find out.

How Long Is A Hummingbird’s Tongue?

You probably imagine that their tongue is fleshy like ours, however, this is not true. These birds have a characteristic long, thin and forked tongue at the end, somewhat similar to that of a snake.

When it comes to length, it is difficult to give a concrete answer, but it is assumed that it is roughly the distance equal to the length of their bill.

Take Out Time to Also Read: Do Hummingbirds Eat Butterflies? The Great Uniqueness Of The Butterfly

To Round Off: Do Hummingbirds Have Tongues?

Considering that these are creatures that are unconventional in every possible way, these birds have tongues that, like everything else, are more than just extra. Moreover, their tongue is so long that they are simply forced to wrap it under the jaw, behind and above the head, on a special structure called the hyoid apparatus when they no longer need it.

That’s it, now you know the correct answer to the question: “do hummingbirds have tongues”.

If you have any questions, don’t hesitate to ask them. Our team of experts and bird enthusiasts is waiting for you in the comment section below.