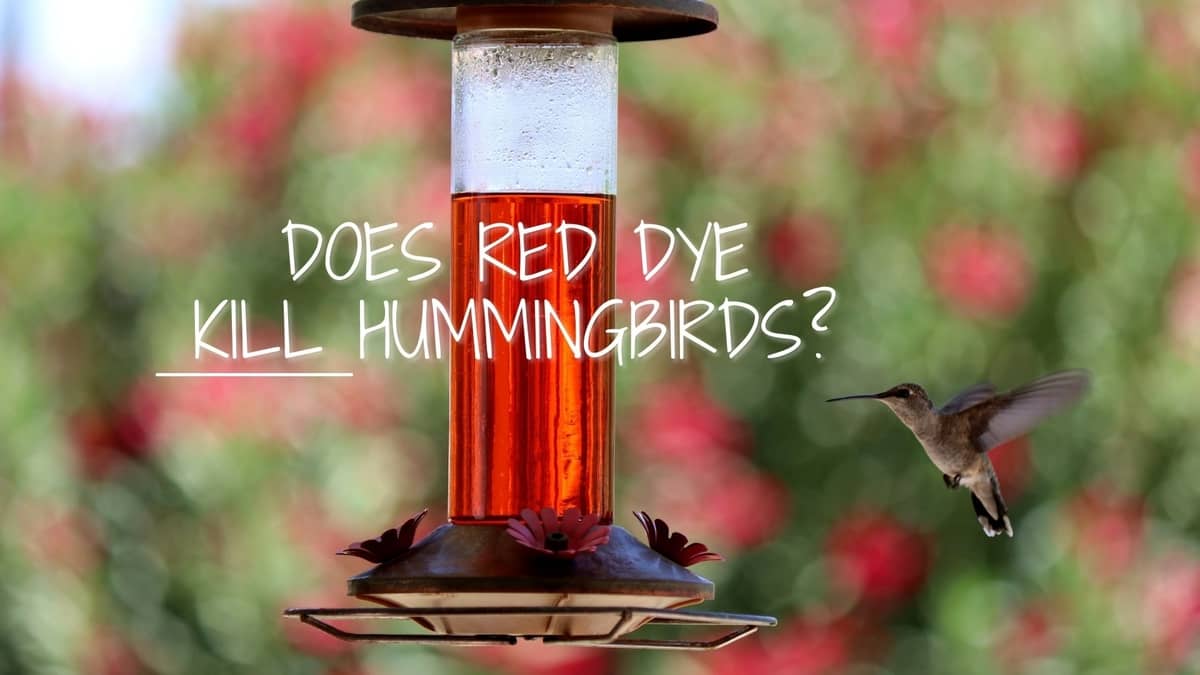 Last Updated on October 7, 2021 by Guillermina

Does red dye kill hummingbirds is the question every concerned birder would like to know? There has been a lot of debate for a long time on this controversial subject. Hummingbirds are lovely creatures that bring delight to our yard and the last thing we want to do is hurt these sweet little creatures.

It’s important to be concerned to learn the truth and misconception about adding red dye to our hummingbird feeders. This is so we can be sure we are keeping our sweet hummers safe.

This is why we’ve compiled this article to enlighten you if red dye added to feeders can kill hummingbirds. So, continue reading to be enlightened.

Hummingbird feeders consist of purely sugar and water and this is used to replicate flower nectar. The ratio of water to sugar is 4 to 1. Now the red dye or food coloring is an additive found in nectar solution.

The red dye is simply added to the hummingbird’s feeder because red is one of the colors to attract hummingbirds more. But is the red dye food coloring in hummingbird feeders really necessary? Let’s find out.

Is Red Dye Bad For Hummingbirds?

The straight-up answer is yes, a red dye can be harmful to hummingbirds. A red dye may actually kill hummingbirds in the long run if they contain mutagenic or carcinogenic properties. But red dye additives in hummingbird feeders are not really necessary and they can pose some risk to hummingbird’s health. 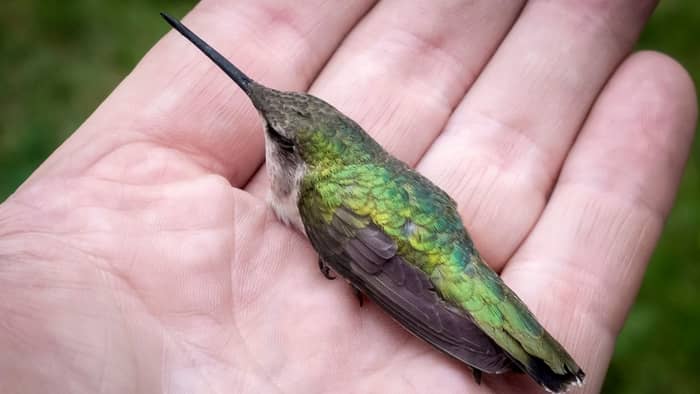 Although, it hasn’t really been scientifically proven because no scientific studies have been done directly on hummingbirds, but nonetheless, red dye is known to contain a toxic chemical. Experts have always discouraged the use of this dye in hummingbird feeders.

Also, an experiment done on mice and rats exposing them to red dye was shown to be highly carcinogenic and mutagenic.

With the mutagen situation, it’s been shown that red dye can alter the DNA of animals and that includes hummingbirds. Hence, red dye is bad for our sweet little hummers.

Even though the red dye is approved by the FDA in the United States, uncertainty about the safety of red dye #40 and it has been banned in some other countries such as Germany, Sweden, Austria, and so on.

Red dye is the same as red food coloring or food dye. It is a synthetic coloring (Red Dye # 40) made from petroleum (1). It is one of the 9 color additives approved by the FDA that is been used in beverages and foods. 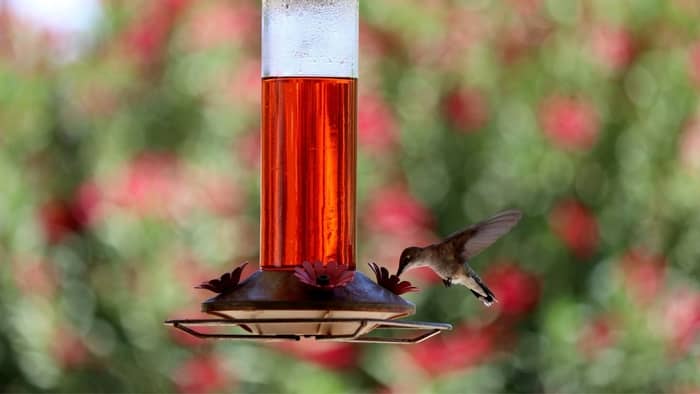 However, experts recommend we avoid using them on hummingbird feeders as it may be harmful to the hummingbird.

The red dye contained in hummingbirds’ feeders is extremely high for their small body weight. Humans can still consume 7 mg per kg (0.007) daily intake of red dye #40 for our body weight. This human Accepted Daily Intake of red dye value has been approved by the World Health Organization.

Hummingbirds need to consume food half of their body weight per day. They have such high daily demands because of their high energy-requiring activities. Now hummingbirds can weigh around 2 to 20 grams. So imagine them consuming such high amounts of nectar-containing nectar solutions.

So, hummingbirds can consume10g of red dye per day from nectar solution with artificial colorants. Now, this is approximately equivalent to 17 times more red dye for human consumption which is more than the daily limit for humans.

Although no sickness has been discovered from hummingbirds consuming red dye nectar solution, the dye has been allegedly affiliated with some carcinogenic or mutagenic reactions. Reactions such as weak eggshells, liver and beak tumors, and liver and kidney complications have been supposedly linked to red dye.

What To Use Instead

We understand that you would love to do all you can to attract hummingbirds to your yard and that includes hanging feeders decorated with bright colors such as red.

But most of these feeders have a red base, red caps, and other floral decorations that are sufficient enough to attract these iridescent birds.

You can as well incorporate other red-colored sources such as ribbon, patio cushions, flower pots, as well as nectar-bearing flowers. All these ideas are safe and will not pose any risk to your hummers. It’s better to be safe and cautious when it comes to our lovely hummingbirds.

Birders wouldn’t want to put any of these little hummers at risk. But hummingbird feeders are by far the largest components of their diet. So, hummingbirds consuming a large portion of red dye nectar solution can be pretty extreme.

Red dye has been allegedly linked to harmful effects on these sweet little hummers. The red dye may actually kill hummingbirds even though it may take a long time. The risk is even higher if the artificial colorants used have mutagenic or carcinogenetic properties.

Artificial colorants such as red dye are more likely to cause tumors or DNA alterations. Now, this might cause awful effects to humans as well as birds.

Additionally, it can reduce reproduction rates in animals. It can also increase the occurrence of both internal and skin tumors in animals, so how much more our sweet little hummers?

However, it is true that red colors attract hummingbirds. This is why most birders would want to incorporate anything red in their feeders. This includes using red dye on feeder solutions.

But rather than using red dye on your hummingbird’s feeder solution, simply go for a feeder that has decorative red parts. Matters of fact, nearly all hummingbird feeding bottles are often decorated with red. So, why not just stick to that rather than adding some additive colors.

You can even tie some red ribbon or cloth around the feeders just to have some red color to attract hummingbirds.