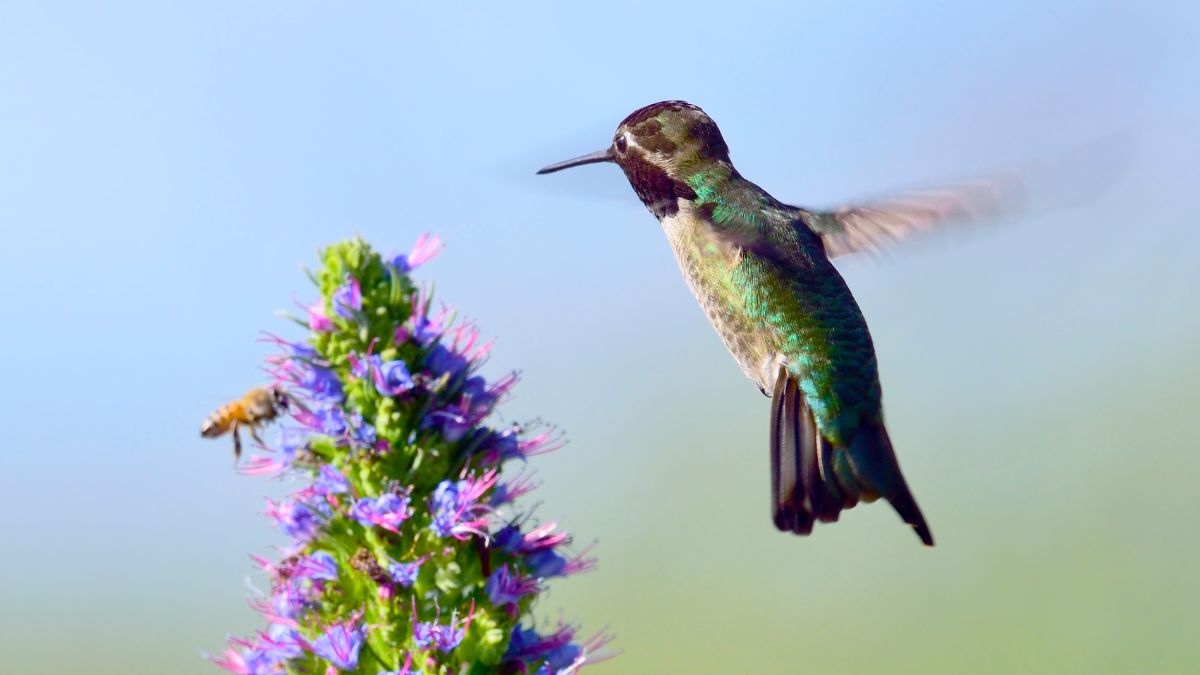 Take a look at this article and find out many interesting and useful facts about hummingbirds habitat.

We have a little puzzle for you. Are you ready? Oh, that’s great to hear! So, what is so charismatic, and can often be seen zipping and humming through the air? You are right! It’s a tiny hummingbird.

Their appearance is mostly deceiving, they seem to us like tremendously delicate animals, but the truth is actually different. Moreover, they are so strong and fast that when they flap their wings they create a characteristic “humming” sound that no other bird can produce.

Here you can find some interesting facts about hummingbirds habitat and distribution that might help you better understand these beautiful creatures.

There are currently about 350 known hummingbird species, and at least a few new ones are discovered every year. Unfortunately, we must note that two species have become completely extinct since their discovery two centuries ago.

Did you know that each and every member of the Trochilidae family can be found exclusively in the New World? Europe and Asia readers, sorry we have sad news for you, they just don’t visit anything but North America. This is actually understandable, it would be physically too demanding for them to fly across the ocean.

Learn more about the hummingbird environment below.

1. Where Are Hummingbirds Native To?

The story of their origin is rather obscure and causes confusion even today. However, most scientists agree that hummingbirds originated in South America. This is primarily due to the fact that there is the greatest variety of birds.

In addition, there are assumptions that mention some possible ancestors of existing hummingbirds that once inhabited the area of Europe and southern Russia in the distant past.

However, today hummingbirds are completely restricted to living exclusively in the New World.

2. Where Do Hummingbirds Live?

North and South America are the only natural habitat for these birds.

They generally prefer to live in forested and wooded areas where there is plenty of nectar-rich flowers, as well as in areas with abundant grasslands and meadows.

However, we mustn’t forget to mention that this doesn’t apply to all species equally, some of them aren’t afraid of living together with people, and happily choose to build nests near big cities. They are used to seeing people in their habitats, and sometimes they can get very close to someone if they feel they trust him enough.

In addition, you can find hummingbirds living in some other environments such as warm and cold areas, deserts, and even at high elevations such as the Andes of South America. Therefore, you can conclude that their habitats are located at different altitudes and ranges, from extremely high up to sea level, and in some cases even a little below.

So, how do they know which habitat is ideal for them? Having a safe shelter is one of the most important aspects when choosing the perfect living environment. Considering their extremely fast, somewhat hectic lifestyle, hummingbirds like to have a safe place to rest so that they can sink into a state of torpor, that is, a very deep sleep. This is exactly why they choose densely packed trees or bushes to relax.

As we have already stated, you can only find them in South and North America. They are believed to have first evolved in South America, where they came from Asia about 22 million years ago. 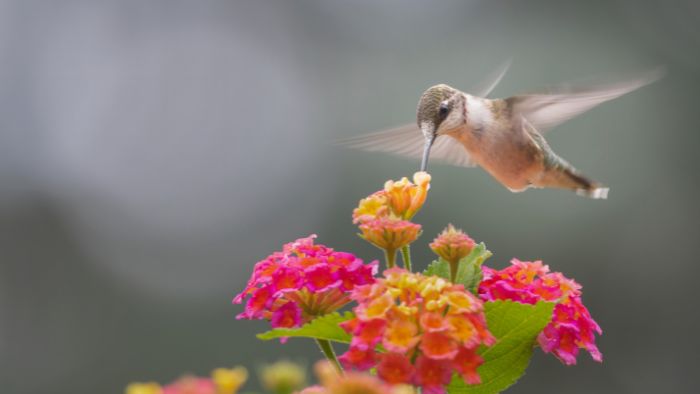 After they spread, some species decided to migrate further in search of new habitats and food, and thus spread through Central America, the Caribbean, and finally, to mainland North America.

There are also records that they have been seen living even in Alaska, which is also the northernmost point they have visited. No wonder, as everything further north is too extreme for their small organism. As for the south, their habitat reaches the southernmost part of Chile. They just love variety, right?

Did you know that the equator provides a safe and comfortable home to more different species of hummingbirds than any other area? Based on the data we were able to collect, we learned that at least 163 different species of these unique creatures have been identified in that area.

In addition, southern Arizona, southwestern New Mexico, and southern Texas are home to the largest number of hummingbird species in the United States.

4. Where Can You Find Hummingbirds?

If you live in the Americas’, we have something to tell you, the rest of the world is jealous because only you have the privilege to enjoy this kind of birdwatching. If you decide to go in search of them, these are some of the interesting and useful facts about the hummingbird habitat that could help you find them more easily.

They are most often found in desert and coastal regions, as well as in forest areas, and meadows. Given that they need warmer conditions for reproduction, they will rarely inhabit places with heavy snowfall, although there are such cases. Therefore, in order to avoid the colder periods of the year, these birds decide to migrate. Most often they can be found living among trees, bushes, and vines in their habitat.

Remember that supporting conservation programs is one of the most important things you can do to preserve these beautiful birds. The American Bird Conservancy, The Nature Conservancy, and the National Audubon Society are just a few of the organizations that have united hundreds of thousands of experts and enthusiasts for these creatures to help preserve their natural habitat in the areas where they have been shown to thrive the most.

Hummingbirds love diversity and can be found throughout North and South America. Furthermore, with a better understanding of these facts about hummingbirds’ habitat, it is possible not only to enjoy better birdwatching but also to enable them to have a higher survival rate. Let’s help together so that these beautiful birds never become extinct.

If you have any questions, please, let us know in the section below.

Read more Can Hummingbird Nectar Be Too Sweet? Best & Proven Effective Nectar Recipe With Only 2 Ingredients