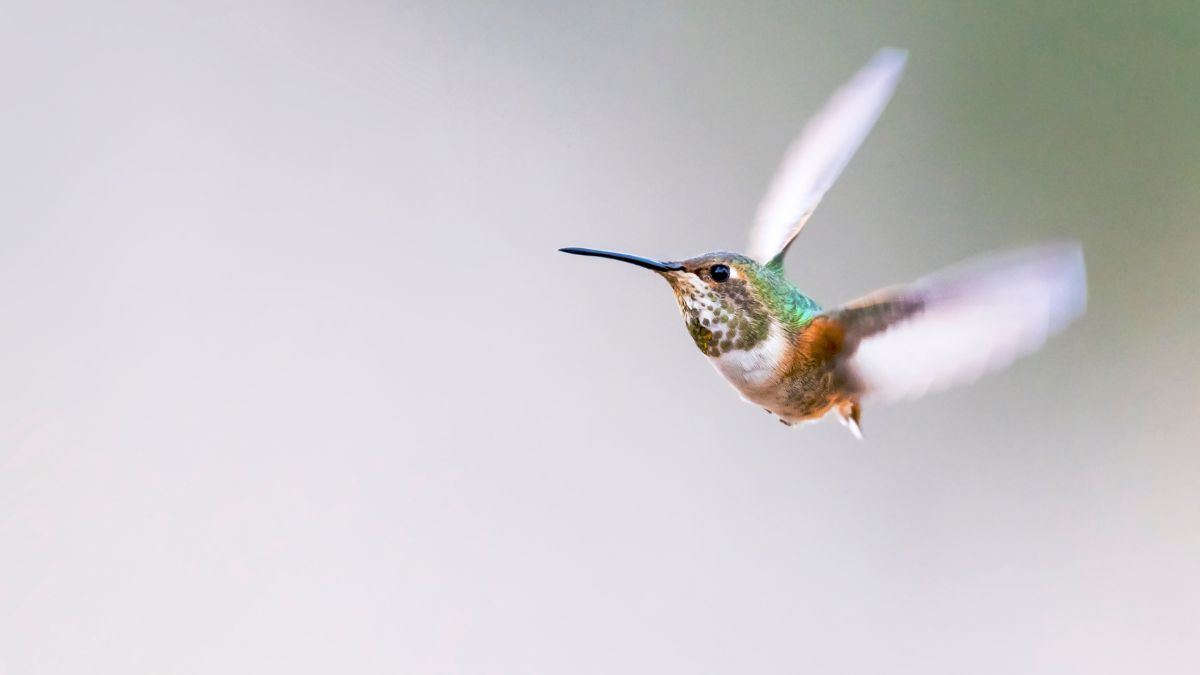 Last Updated on September 29, 2022 by Guillermina

Take a look at this article to find out how long can hummingbirds fly.

Every true birdwatcher knows that hummingbirds are excellent fliers. Watching them zoom around our feeders, flower gardens, and patios is an indescribable experience. A real spectacle, we dare say. Their anatomy is unique and thanks to it they have a completely different flight style than any other bird in the world.

We know that they can reach incredible speeds, and that’s why we usually see them as a blurry point on the horizon, but for how long can hummingbirds fly? Understanding the basic facts about their flight will help us better appreciate these amazing creatures.

Why Is Their Flight Different?

Although it may not seem so at first, there are a large number of birds that do not fly, but most birds are adept fliers. They have specialized wing shapes and physical adaptations in order to save themselves from predators, but also to be able to get from one place to another.

Unlike other flying birds, hummers have far more unique flight abilities, and in addition to being able to fly forward, sideways and straight up, they can also fly backward, which is something that few birds can boast of if any.

When you compare them to ospreys, kestrels, and kingfishers, hummingbirds can hover much longer and even perform some acrobatic movements. Their uniqueness simply impresses and fascinates both ordinary bird watchers and ornithologists. There is almost no person who is not delighted to see them.

Today, thanks to great advances in science and high-speed filming, we can learn much more details about their flight that we haven’t had the chance to for hundreds of years. 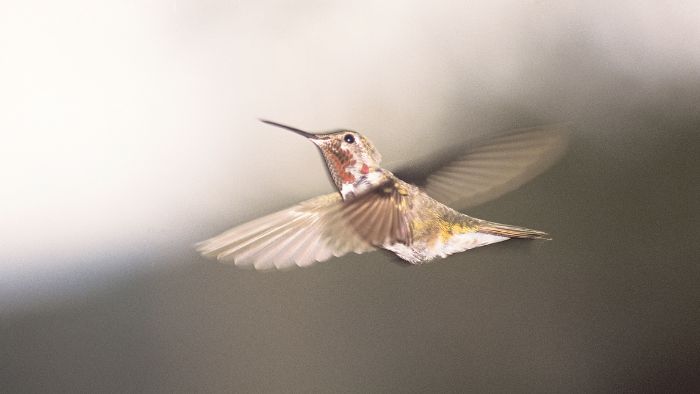 How Do Hummingbirds Fly?

Truth be told, these birds don’t really flap their wings like other birds, and that being the case, their shoulder joint is a ball-and-socket joint, which actually allows them to rotate their wings on their shoulders in all directions. On top of that, their short but purposeful tail acts as a mid-air stopping brake.

Hummingbird doesn’t fly flat, on the contrary, they fly upright. Compared to other birds, hummers actually sweep their wings backward and forward while pushing the air downwards instead of backward as is usually the case. Finally, an interesting fact, as their wings move, they form a figure eight.

Find out below the answer to the question of the day: how long can hummingbirds fly?

How Long Can Hummingbirds Fly?

Although they are the world’s smallest birds, hummers can span as much as hundreds or thousands of miles in just one direction. Unlike many birds, they don’t like to travel in flocks. They mostly travel during the day, fly low to catch every feeding opportunity, and rest exclusively at night.

However, how long can hummingbirds fly? Based on the collected data, we were able to find out that a hummingbird can travel as much as 23 miles in one day, but we must mention some exceptions that particularly impressed us. Namely, those hummers who have a 500-mile flight from Florida to the Yucatan, do it in 18-22 hours NON-STOP. Flight length depends on weather conditions.

Furthermore, according to the journal The Auk: Ornithological Advances, we had the opportunity to find out information that the ruby-throated hummingbird typically flies about 1,370 miles without any pause. Think of it like a direct flight from Tokyo to Taipei or Atlanta to Albuquerque, yes, that many miles!

In addition, based on research conducted at the University of Southern Mississippi, it was discovered that a specimen measuring about 3 inches can fly an incredible 29 million times its body in just one go. It’s hard to even accept that such a thing is possible, but that’s why hummingbirds are such unique creatures.

That’s it, now you know how long hummingbirds can fly.

These birds are known for constantly flying even while eating. It is an almost impossible mission to see a hummingbird resting, which is why many wonder if these birds ever stop their activities. The answer is yes, they occasionally stop flying, either to rest from an injury or to sleep.

The moment they decide to settle down, their super-fast metabolism slows down as their heart rate and body temperature drop.

Unfortunately, these birds are prone to various injuries, the most common of which is a collision with a hard object or a fight with other members of the species. If you ever come face to face with a hummingbird standing still, chances are it’s actually there to rest, not because it’s dead. In any case, it would be best if you let him alone.

Also, we would like to add one more topic that we feel is very important to mention. Therefore, read on to finally debunk a myth that has become too entrenched.

Do Hummingbirds Die When They Stop Flying?

* Nothing bad happens when the hummingbird stops flying! Like humans and all other animals, hummingbirds also need rest.

Don’t be surprised by the prevalence of this myth, it is primarily because many people think that these birds have no legs and therefore cannot sit and rest. However, the truth is quite different, hummingbirds not only have legs, they are also much stronger than you can imagine. This myth was created due to a misinterpretation of information, their feet are extremely small and tucked closely towards the body, and are therefore difficult to see unless you are very close to them. 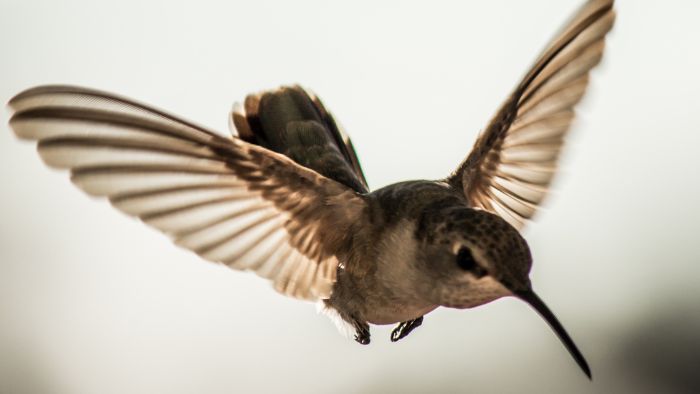 Any of the 320 or so species of New World birds can fly forward, straight up and down, sideways and backward, and in this way, they are very different from all other birds. They are always on the move, even when they are eating, but always remember that they will not die if they stop to rest, it is a completely natural occurrence.

A hummingbird can travel as much as 23 miles in one day, and some members of the Trochilidae family can fly 500 miles from Florida to the Yucatan in just 18-22 hours NON-STOP.

If you haven’t fallen in love with these birds yet, we don’t know what you’re waiting for.

If you have any questions, feel free to let us know in the comments.