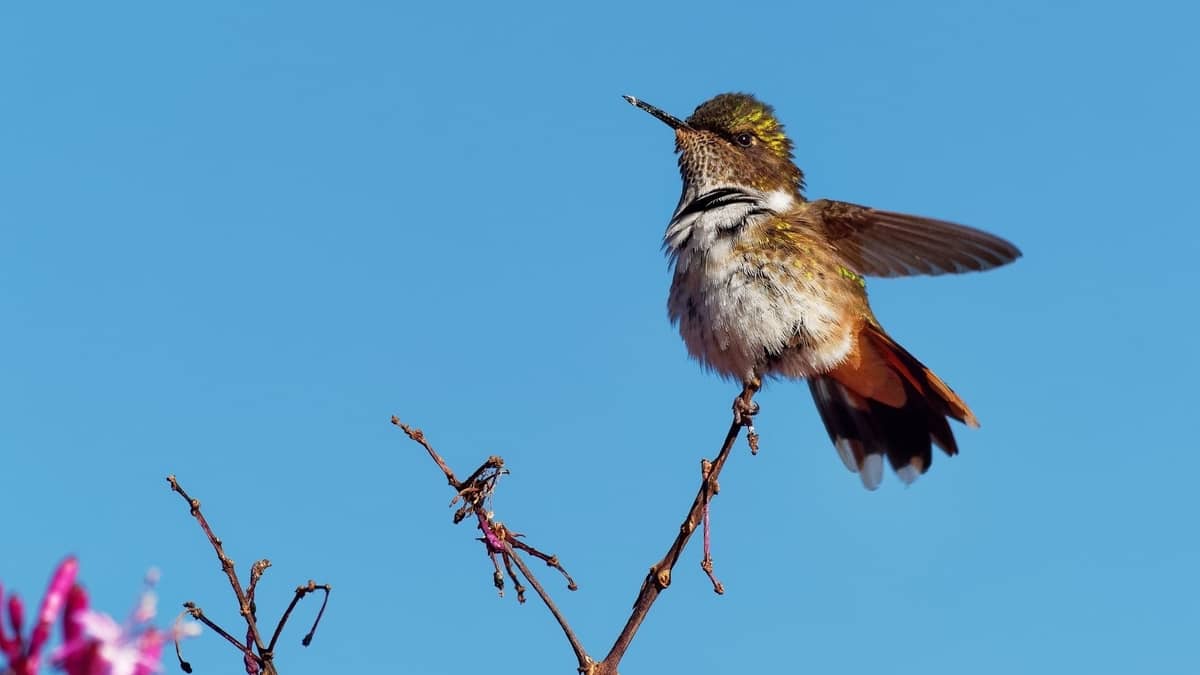 Hummingbirds are charming flying creatures that tend to travel down from their wintering grounds (usually in Mexico and Central America), down to our side to breed. But when exactly is hummingbirds breeding season?

For many people, it’s a delight when hummingbirds return to our gardens, parks, farms, and so on. They usher in their bubbling activities that fascinate birders.

But what we would like to know is when hummingbirds’ breeding season is. Let’s look into this.

As a hummingbird enthusiast, you may often wonder when hummingbirds season is. Or you may want to know what months do hummingbirds breed. Let’s look into this. 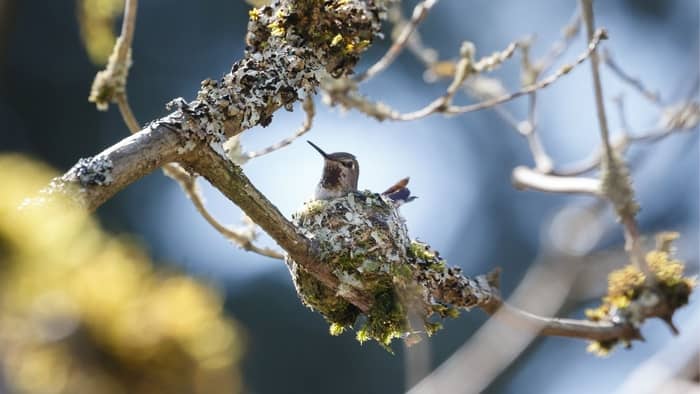 Then in the western part of the United State, other hummingbird species such as Anna’s hummingbird begins their mating in late December and early January up until March and April.

These lustrous birds migrate from their wintering ground and return back to the United States and Canada to nest and breed. Their return in spring is usually around middle March to late March.

But generally, you should take note that these dates are only estimated dates and should not be considered as specific dates. Things could change slightly in your region. Hummingbirds’ breeding season may happen earlier or later from these estimated dates.

The male hummers are usually the first to arrive ahead of the female hummers. This is usually one or two weeks ahead. Then the male hummingbirds establish their feeding and mating grounds when they arrive first.

A reliable food source needs to be available close by for the offspring of the hummingbird.

What Time Of The Year Do Hummingbirds Nest?

Hummingbird’s nesting periods usually begin once the female hummingbird is ready to mate, lay her eggs, and raise her offspring. 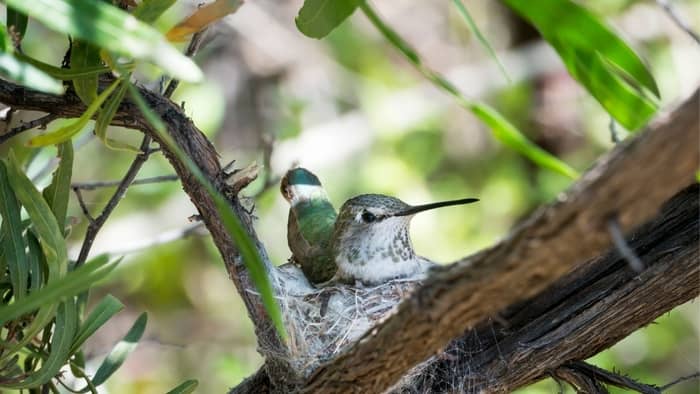 Therefore, the period hummingbird tends to nest is the same as their breeding season. This is usually around early spring.

She usually picks a conspicuous spot or they prefer to build their nest in sheltered trees or shrubbery spots. This often gives their chicks shelter from predators.

The female hummingbird will also choose a location that is close to a reliable food source. This way, she won’t have to go too far to search for food for her chicks.

How Do Hummingbirds Mate? 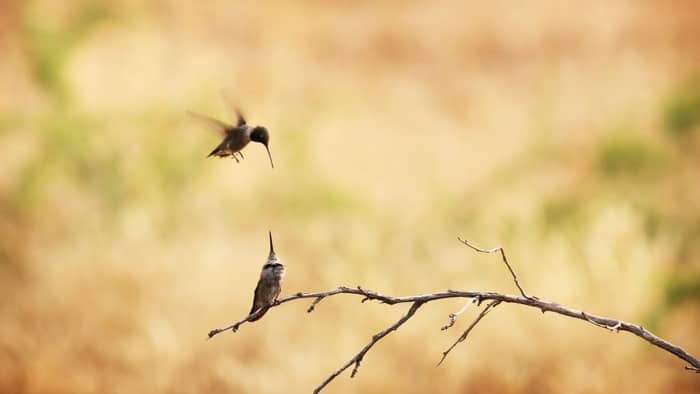 Anna’s hummingbird aligns their display dive in relation to the sun so their radiant and colorful plumage can be more visible and alluring. They usually look like an object dropping from the sky at a high speed of 385 body lengths per second.

So, Anna’s mating dive makes them the world’s fastest bird. They fly so high and incredibly pull up against nine times the force of gravity and survive.

If the female hummer doesn’t consent to mate with the male, the female will often fly away. Then the male also flies away to look for another female to entice.

However, if the female hummer shows interest in the male, she may lead the male to the location where she has built her nest. The female tends to point her bill in the direction of the male to show she is interested in the male hummingbirds.

The male hummingbird will as well defend their mating territory from other male hummers. They do this aggressively.

In some species of hummingbirds, they tend to spread their tail to look bigger. Some other hummingbird species can ruffle their feathers just to appear intimidating.

Hummingbirds are amazing and spectacular birds that we birders love to have in our gardens, parks, farms, and the likes.

In this post, we have seen that hummingbird breeding season has been estimated to be around early spring. so, we do hope you have gained some insight into the breeding season of these lustrous birds.