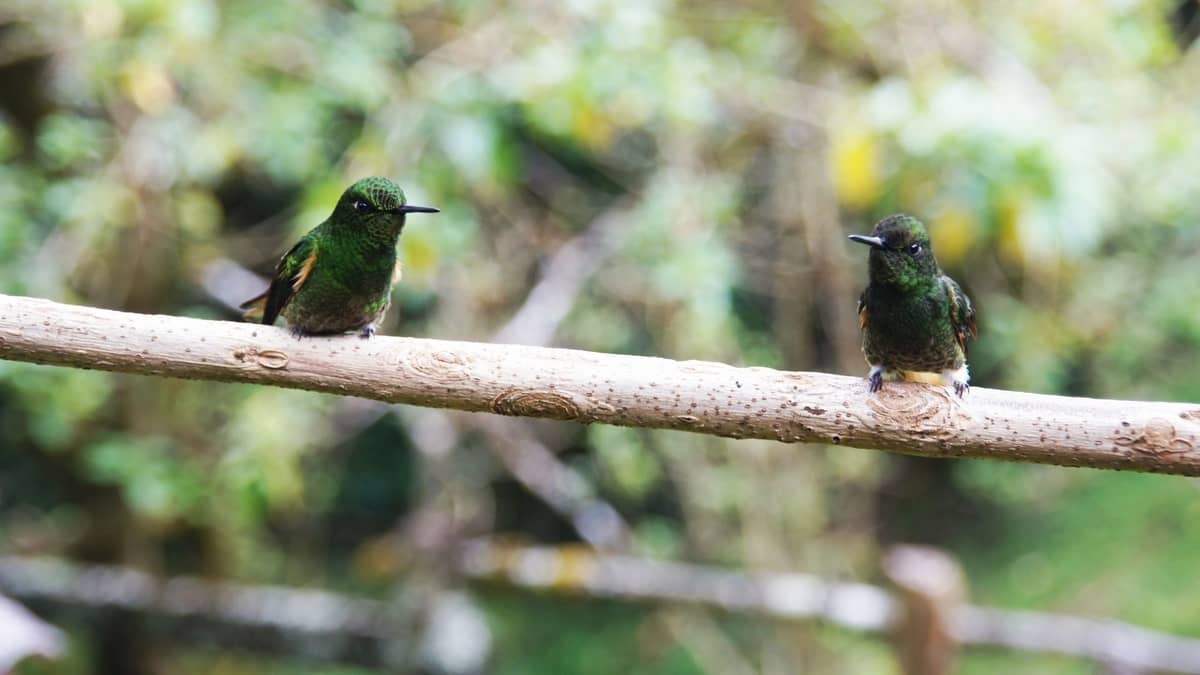 Ever wondered how do hummingbirds mate? Let’s look into that in this post. These gorgeous little birds have made so many birders fall in love with them. This makes so many people enthusiastic to prepare for their arrival and also love to know more about them.

Hummingbirds bring so much joyous activities to people’s vicinity with their feeding hobbies, skillful hovering activities, flapping of wings, nesting, and many more.

As these amazing hummers return to our side during spring, they return to feed, nest, and breed, before they return to their wintering base. But have you ever witnessed or wondered how hummingbirds mate? That’s what we will be discussing here and more.

Once hummingbirds return to our base during spring, they begin to mate. Their mating season can vary from zone to zone and there’s no specific date for it.

But generally, the mating season is usually around early spring. Matter of fact, hummingbirds will begin mating when they have returned to their breeding ground and once the weather is warm enough. Warm weather will encourage plants, especially flowers to grow and bloom. Hence, supplying reliable food sources.

Ruby-throated hummingbird’s mating season often starts in early spring for the Eastern United States and Canada. While in the Western United States, some other hummingbird species like Anna’s hummers begin mating late around December and early January up until March and April.

Once they have mated with their fellow male hummers, they proceed to look for a suitable nesting spot. She will lay her eggs (usually 2 eggs), incubate them, and hatch them at the appropriate time. She also monitors her broods as they grow until they become independent.

The female hummingbirds are the only ones responsible for taking care of their broods. The male doesn’t take part in any of these. 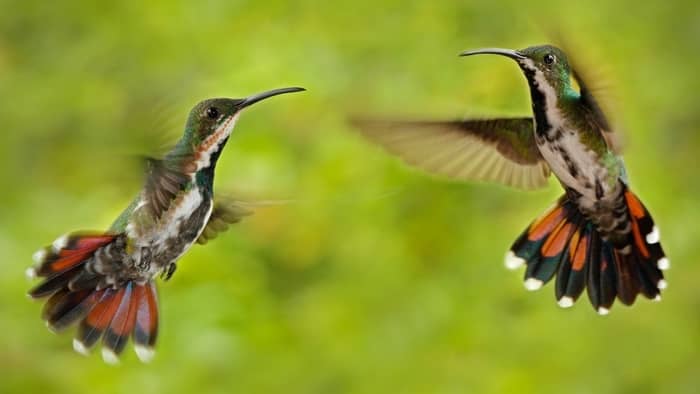 Get To Know How Do Hummingbirds Mate?

Courtship amongst these lovely hummers will be a delightful thing to witness. So, let’s get to know how these remarkable hummingbirds mate.

Just like many other birds, male and female hummers have different plumage. The male is often the one with the most attractive plumage. For instance, the Ruby-throated in Vermont is a good example of a hummingbird species that posses a radiant iridescent plumage on the gorget or neck.

The male hummingbird displays different mating performances to attract the female hummers. Here are some of them:

It’s been known that the male Anna’s hummingbird will align his dive relative to the sun so the sun rays can fall upon their colorful plumage.

This makes them resemble a beautiful object falling down from the sky at a very high speed. Then they pull up 9 times against the force of gravity and still survive. Isn’t that amazing? The mating dive of the male Anna’s hummingbird makes them the world’s fastest bird.

Note that hummingbirds do not mate for life. A single male can with so many different female hummers for every season.

Read more about Do Hummingbirds Poop?

How Females Choose Her Mating Partner

After all the displays showed by the male hummingbirds, the female alone decided the species she wishes to mate with. Oftentimes, the female hummingbirds will lure or lead the male to where she is building her nest. Then the male will go into loud courtship calls and this includes a lot of whistles and vocal chirps.

The male hummers don’t have any external penis and the real mating only lasts about 3 to 5 seconds. So, when the male and female hummingbirds begin to mate, the male presses his posterior opening called the cloaca, against the females.

When the female eggs are fertilized, she will continue to build her nest for her coming broods. The female hummingbird will lay only two eggs. These eggs are laid a day apart but will both hatch at the same time. The mother knows how to work her way around the egg hatching at the same time.

It takes about two to three weeks for the eggs to hatch. The baby hummers will stay in their mother’s nest for about 18 to 22 days until they have grown feathers and are able to fly on their own.

How Do Hummingbirds Mate: Final Say

Apart from hummingbirds feeding on your feeders, showing off their acrobatic skills, and so on, how hummingbirds mate is another interesting event to watch.

So, we do hope you’ve been able to enlighten you on how hummingbirds mate.

Learn more about What Insects Do Hummingbirds Eat?