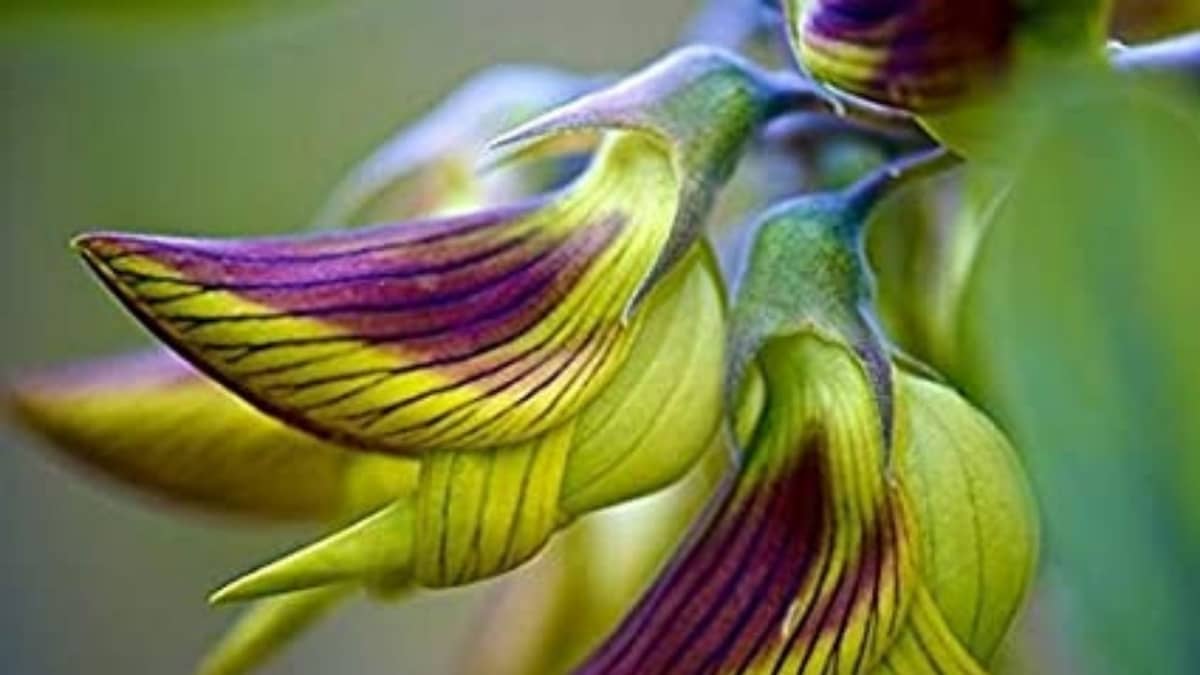 Nature never ceases to amaze us, from fascinating species and colors to a plant that looks like hummingbirds – on a continent that has no hummingbirds!

Due to its unusual flowers, the green bird flower drew the public’s attention merely a few years ago. What’s even more surprising is the native country of this charming plant. Australia doesn’t have hummingbirds yet has a unique plant that looks like a bunch of hummers on a stem!

Let’s find out more about the hummingbird’s dupe and whether you can grow it outside Australia.

Bird Shaped Flower In The Wild

The hummingbird lookalike was first described in the early 1800s. A botanical scientist named Adam Cunningham noticed the unusual plant and recorded its use.

The bird-shaped flower’s natural habitat is Norther Australia, although you can find it in Central and West Australia too. This plant loves dry and semi-dry areas.

There’s been a long debate whether the plant’s flowers intentionally evolved to look like birds. This could have been essential to their pollination and survival. Camouflage is nature’s number one way to cope with predators. Additionally, the characteristic look raises the flower’s value and makes them ideal for trading.

Scientists agree that even though the human eyes perceive the flowers as birds’ lookalikes, animals don’t see them this way. Our brain has a diverse judgment process. As a result, we tend to find resemblances in new shapes. 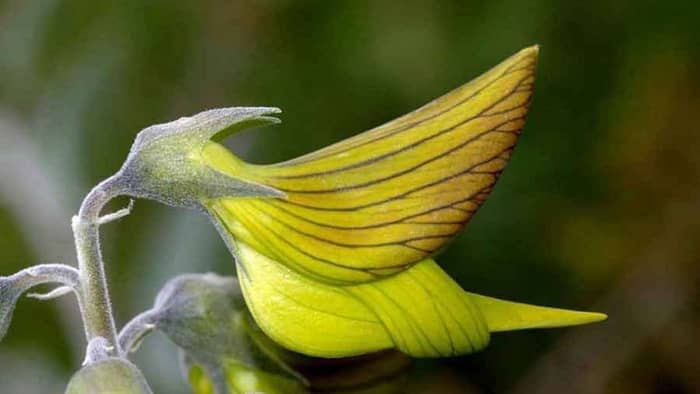 So do we know what the plant in question is? Yes, the plant is Crotalaria cunninghamii, an Australian native shrub. In the wild, you can spot it along dunes in deserts, savannas, and sandplains.

The Crotalaria cunninghamii is named after the scientist that first recorded this plant’s existence. Since the botanical name is harder to pronounce, you can often find this plant under regal birdflower or green birdflower.

The Crotalaria cunninghamii is a perennial plant part of the legumes family. The flowers have a green and yellow color with pronounced veins on the petals. They’re connected to the stem with beak-like pedicels.  The stems are topped with clusters of flowers and can grow up to 10 feet tall.

The bird flower gets pollinated by insects and thrives in drier regions. There are 500 species of Crotalaria worldwide.

Crotalaria cunninghamii was used by the Aboriginal people to prepare folk medicine. The flower’s sap is used for eye infection of body swellings.

The stem is solid and made out of thick fibers, so Aboriginal people use it to make cords, twine, fishing nets, and even shoes.

The plant as a whole is inedible. 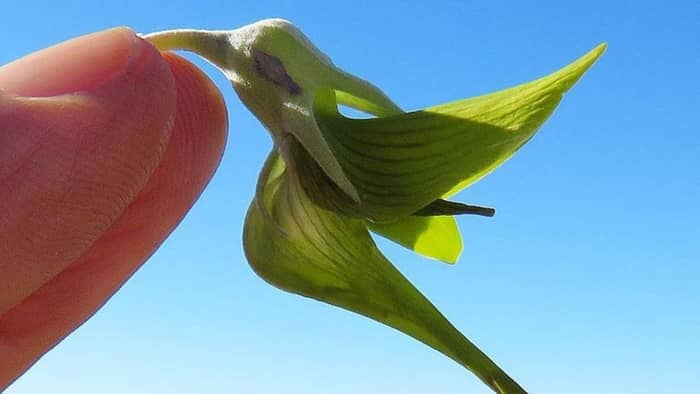 Can You Grow Crotalaria Cunninghamii in Your Garden

Although native to Australia, you can try and plant it worldwide. You can find seeds from online retailers or visit your local garden center.

Crotalaria cunninghamii is successful in USDA Hardiness Zones 10 and 11. You can plant it potted in other zones, but you must bring them inside as the temperatures drop. It’s a tropical plant, so it requires full sun exposure.

You can plant it from cuttings and seeds. If you don’t have a bird flower already, get some seeds. Before sowing, you need to soak the seeds with hot but not boiling water for 12 to 24 hours. In this time, they will absorb moisture. If they’re still dry, you can try to carefully remove the outer shell and then soak again for additional 12 hours.

The soil must mimic the plant’s natural habitat, so go for sandy, well-draining soil. The unique part about the green bird flower is that it bonds with certain bacteria in the ground. This bond results in nodules around the roots that help adjust the nitrogen in the air around the plant. Additionally, this benefits other plants around the Crotalaria cunninghamii.

There aren’t many plants that look like hummingbirds except for the green bird flower. But there are other mesmerizing flowers that mimic birds.

The Egret Orchid (Pecteilis radiata) is among the most popular ones. This plant has white flowers that look like a bird with open wings. It can be found in China, Japan, and Russia.

The crane flower (Strelitzia reginae) has dramatic blooms that look like a bird with open wings and a long beak. It’s native to Africa but commonly grown in Europe too.

Does A Plant That Looks Like Hummingbirds Attract Them?

But even when grown in the US, there is no record of spotting hummingbirds devouring the nectar from its flowers. The bees visit them frequently. Hummingbirds love hanging flowers that are easy to access. But the number of Crotalaria cunninghamii around the US is limited, so we still don’t have appropriate data.

If you’re looking for similar perennials that have low maintenance but attract hummingbirds at the same time, we have a few suggestions. 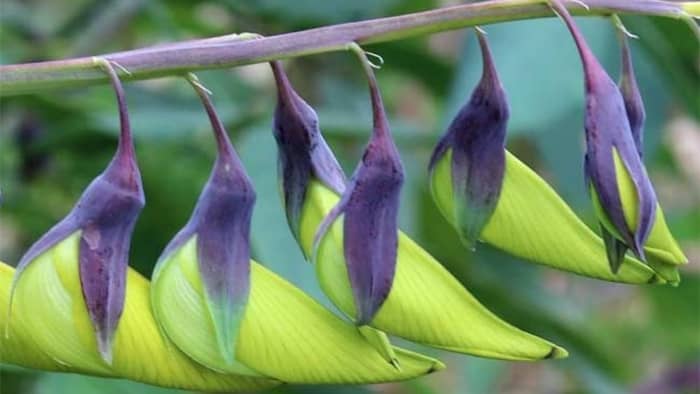 Bottom Line: What’s The Plant That Looks Like Hummingbirds

Every once in a while, nature flips us off our feet. The Crotalaria cunninghamii is a living example.

The plant that looks like hummingbirds grows in the desert where there are no hummingbirds! However, you can plant it in your own garden by buying seeds online. It’s most suitable for tropical climates and sandy soil.

You can plant it potted and bring it inside as winter approaches. In its natural habitat, it can grow up to 10 feet. However, hummingbirds don’t love this plant.

Have you spotted this plant before? Share with someone who hasn’t seen it yet!