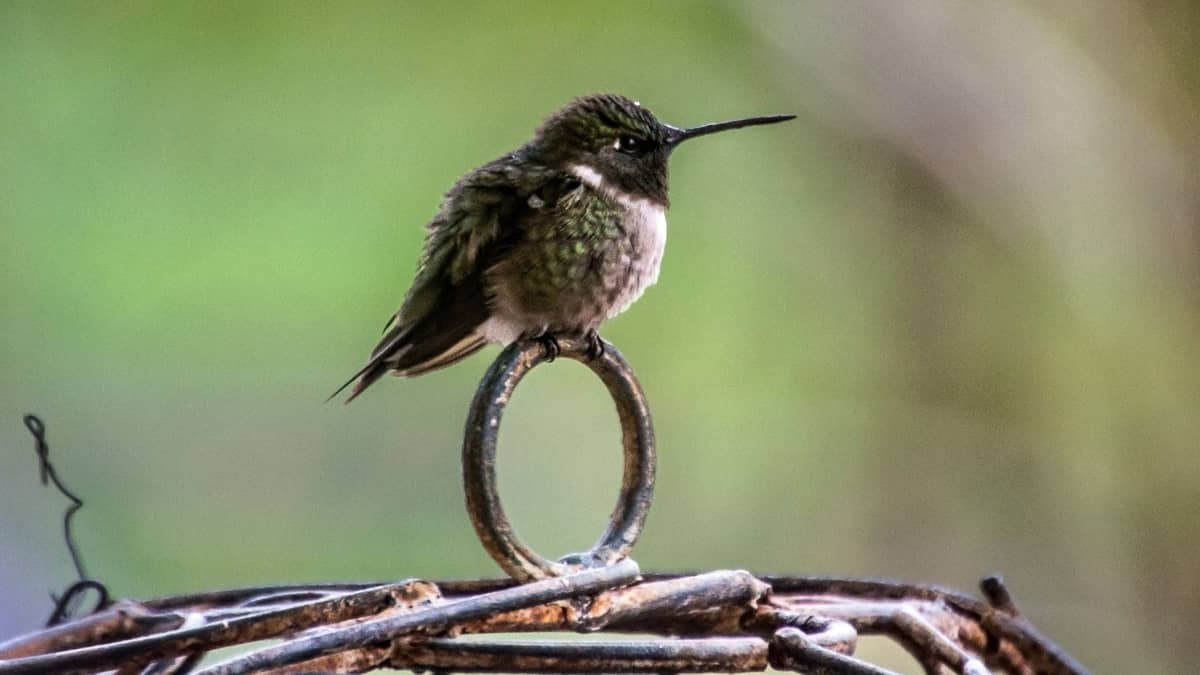 Last Updated on October 5, 2021 by Guillermina

Trying to find out when do hummingbirds return to Wisconsin? Let’s find out. One of the most pleasant signs of spring is the arrival of these amazing hummers to our region.

Hummingbird arrival is something most bird lovers wouldn’t want to miss. Hence, it’s important you are aware of the specific period they will arrive in your region so you can make preparations for their arrival. Preparation such as putting out feeders, planting attractive flowers, and so on, is what hummingbird lovers indulge in.

So, if you reside in Wisconsin and you wish to know when hummingbirds return to your side, we’ve got you covered here.

When Do Hummingbird Return To Wisconsin?

When hummingbirds return to Wisconsin is definitely during spring. However, a more specific period hummingbirds arrive in Wisconsin is towards the end of April. But a large number of these birds will majorly be sighted around the middle of May.

When Do Hummingbirds Leave Wisconsin?

Generally, hummingbirds will leave around fall and in Wisconsin, most depart starting September. However, other hummingbirds may linger a bit and finally depart around October in Wisconsin.

The male hummingbirds are always the first to depart followed by the female hummers and the juvenile hummers. They will depart to go spend winter in Mexico and Central America then head back down our way during spring. 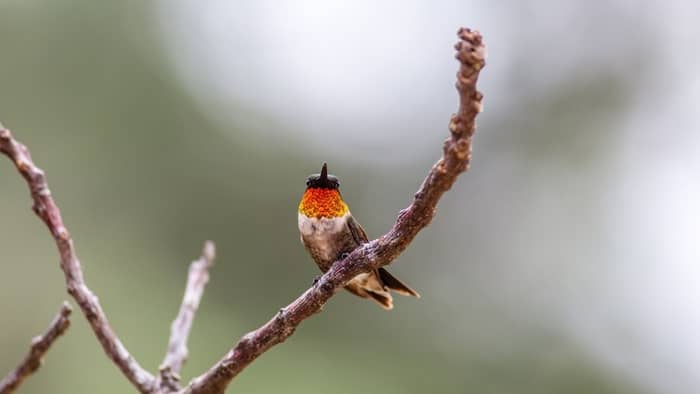 It’s really enlightening knowing hummingbird species found in your area. So, let’s take a look at hummingbirds found in Wisconsin and their migration map.

If you reside in Wisconsin, the most common hummingbird species sighted is the Ruby-throated hummingbird and they are seasonal to Wisconsin. The rest are accidental or rare hummingbird visitors.

So, below are the hummingbird species found in Wisconsin:

One of the most popular hummingbirds found in the United States is the Ruby-throated species. They are seasonal species to Wisconsin.

During their migration or arrival season, this species of hummingbird usually flies in the eastern direction to their breeding ground. They take a risky route by flying over 500 miles without stopping over the Gulf of Mexico. Ruby-throated can be pretty aggressive and territorial.

Ruby-throated hummingbirds arrive around the first week of May in Wisconsin. However, you may notice some early arrival starting from April ending. Then most will depart from September ending.

The Rufous hummers are so fearless that they are capable of chasing away other hummingbirds and even birds bigger than their size away from feeders.

Rufous migration hummingbird map: Rufous hummers are known to journey southeastern of Alaska down to the northern part of California for their breeding grounds. They can even go as far as Montana. Then when winter comes, they retreat back to Mexico. 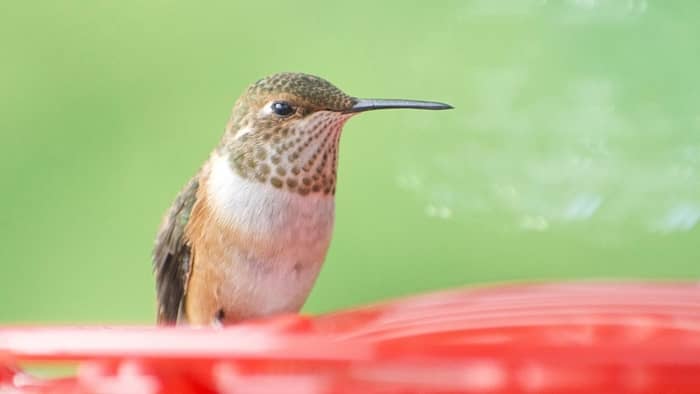 Anna’s hummingbirds are originally native to California. They are accidental or vagrant species to Wisconsin. The hummingbird species is named in honor of Anna Massena (the Duchess of Rivoli and a generous patron of science).

They are one of the largest and most vocal species that produces a song. The males are the ones that specifically generate a series of complex series of scratchy noise.

Anna’s hummingbird migration map: as we said, Anna’s hummingbird is a resident of California. However, they can extend their north range towards the western coast of Washington and southeast to the southern part of Arizona.

The broad-billed hummingbird is another vagrant or accidental species to Wisconsin. They are southwestern hummingbirds and they are known to be mild-tempered. It’s less likely for you to see their male hummers fighting over territory or females.

They are resident birds to southern Arizona and southwest New Mexico.

Broad-billed hummingbird migration map: the Broad-billed hummers mostly migrate to the southern parts of the United States. However, you can see a few of these hummers wander as far north as Wisconsin. They have as well been spotted in Texas and California.

The green violetear hummingbirds are rare or accidental species to Wisconsin. They are generally known to be a residence of Mexico and Central America. However, they also migrate to some parts of the United States. They are even capable of wandering north to the United States and as far north as Canada.

When To Put Out & Put Down Feeders In Wisconsin

Ideally, you should put out your hummingbird feeders a little earlier so you can catch hummingbirds’ early arrival. As we mentioned, hummingbirds will begin to arrive in Wisconsin around mid-May. But you may also have the early arrival of these birds from around April ending.

Also, when to put down your hummingbird feeders in Wisconsin should be around September or October. This is usually when these hummers would have departed. But you can bring your feeders down two weeks after you’ve last spotted any hummingbird species.

When Do Hummingbirds Return To Wisconsin: Conclusion

We often prepare for hummingbird’s arrival so we can have enough of these lustrous birds hovering over our yard. Hanging feeders is one way to achieve good numbers of hummers to our yard and it’s important you have an estimate as to when these lovely birds will arrive in your area.

Also, getting to know the various types of species of a hummingbird flying about your garden won’t be a bad idea. So, if you reside in Wisconsin, we’ve listed some hummingbird species you may come across.

When hummingbirds return to Wisconsin is mostly around May. However, hummingbirds can arrive earlier and as early as April ending. They mostly migrate or depart Wisconsin starting from September. But a few hummers may linger for a while before migrating.