Last Updated on September 12, 2021 by Guillermina

Do you reside in Florida and wondering if hummingbirds are year-round in Florida? Well, let’s find out.

These amazing little birds are a delight to watch as they buzz around and take multiple sips of nectar. This is why hummingbird lovers always look forward to their season and welcome these charming and fascinating birds.

Hummingbirds migrate every season to different regions in the United States usually during spring. Then before winter approaches, they will migrate to South America and Mexico to spend winter. However, some states experience all year round hummingbirds.

In this article, we will get to know if hummingbirds are year-round in Florida. So continue reading for some information on this.

Are There Hummingbirds In South Florida?

There are definitely hummingbirds in Florida. There are 16 known species of hummingbirds found in the United States and about 12 or even 16 species are found in Florida. However, of these 12 species, only 3 hummingbird species make a regular appearance and they’re well-known visitors to the state.  The rest are accidental or rare visitors.

When Are Hummingbirds In Florida?

Generally, spring is the period of hummingbirds. Hummingbirds that migrate to Florida will do so in spring and can arrive as early as February.  The male hummers are the first to arrive followed by female hummers usually two weeks after. Then during fall or close to the winter period, they will depart to Mexico or South America to spend winter.

However, some species do spend winter in Florida. Then they will migrate to the north in spring and return to Florida in fall. 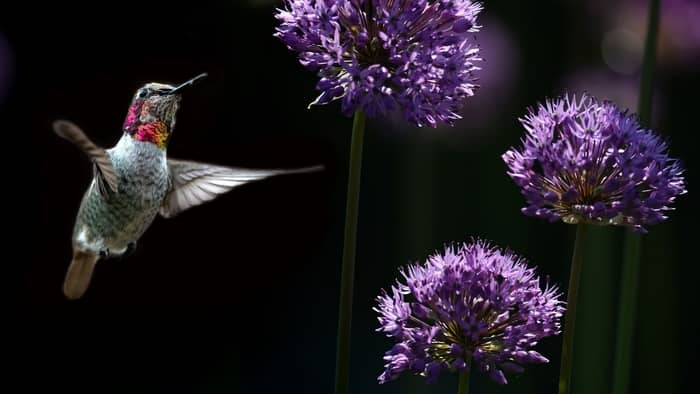 Do Hummingbirds Live In Florida: Are They All Year Round?

A few hummingbird species are year-round in Florida. This means they don’t depart or migrate but will remain in Florida even through winter.

The Ruby-throated hummingbird species are known to be year-round in Florida. Hence, they do not migrate. However, you may also see the blacked-chinned and Rufous hummers occasionally during winter.

The other hummingbird species will migrate or depart Florida to spend winter in Mexico or South America.

Let’s take a look at the different hummingbird’s species found in Florida.

The ruby-throated species are so named for their ruby-throated appearance and are the smallest hummingbirds that can weigh less than 2 dimes. Their length is usually around 2.8 to 3.3 inches and their lifespan is approximately 5 years.

The first hummingbird species to arrive in Florida are the male Ruby-throated. Their arrival can be around February or March. They are also the first to depart which is around October. Once they arrive, they feed and mate and their nesting season begins in April where they will brood.

The blacked-chinned hummingbirds are seasonal species. Hence, they are temporarily in Florida and do migrate at the appropriate period. Some species may remain all year round while others will migrate.

However, some of this Black-chinned species can spend a season, the entire spring, summer, fall, or winter in Florida. Hence, they can be seen in Florida during winter as they migrate and be on their way to Mexico during winter. Their migration starts from around September or November. Once it’s spring again, they will head back to Florida which is usually around April or May.

Black-chinned hummingbird species are pretty small in size and they can live up to 10 years. 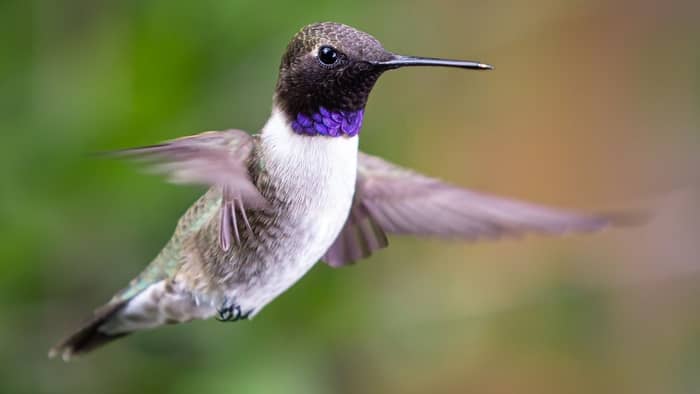 The bird that makes the longest or farthest migration in the world is the Rufous hummingbird. They can travel as far as 3,900 miles or more per year.

The Rufous hummingbirds are also seasonal species. However, they can be seen occasionally during winter in Florida. They are one of the most maneuverable hummingbird species.

Broad-tailed hummers are vagrant visitors and have been occasionally seen in Florida especially during winter. They are mostly residence of Mexico and Guatemala.

They are medium-sized birds and these species have both migrant and non-migrant populations in the south of Mexico. The migrating species arrive during spring around late February to late May and they will fly across Colorado, Arizona, Idaho, Wyoming, and Montana.

The Buff-bellied hummers are vagrant visitors that are occasionally seen in Florida during fall and even winter.

Allen’s hummingbirds are majorly sighted on the west coast and in Texas. However, some will wander and continue their migration farther east into Florida. Hence, they are the vagrant visitors of Florida.

Anna’s hummingbirds are as well vagrant or rare visitors of Florida. 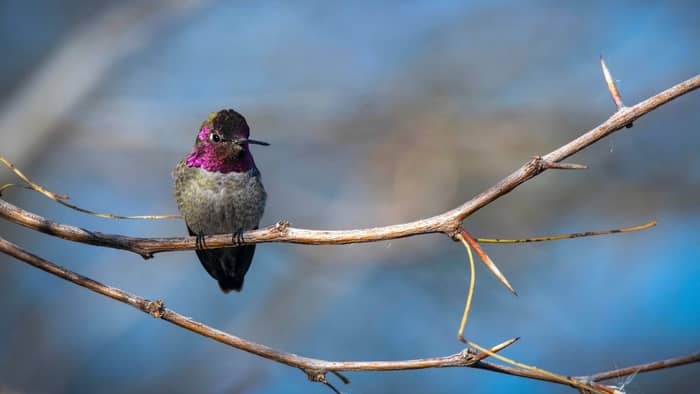 The Antillean Crested hummers are also rare or vagrant visitors. Hence, they are very rare in southeastern Florida.

The Bahama Woodstars hummers are mostly native to the Caribbean. They are rare or vagrant visitors in Florida. They are mostly seen occasionally in south-eastern Florida.

White-eared hummers are vagrant species to Florida. They are usually residents of Mexico and Nicaragua. However, a couple of these hummingbird species will migrate to Texas and Florida. This will be from around November through January.

The broad-billed hummingbird species is another vagrant or rare type occasionally seen in Florida. These species have been sighted in the Florida peninsula between the Gulf of Mexico and the Atlantic Ocean.

Green-violetears are occasional visitors. They are mostly residents of Mexico and Central America.

The Green-breasted Mango species are as well vagrant or accidental visitors. They are however native to Mexico, Central, and some Caribbean islands. There has been an increase in the juvenile of this species in the United States. A lot of these young birds have also been seen in Florida.

Blue-throated species are native to the woodland mountains of Mexico. Hence, they are considered vagrant or rare species in Florida.

Rivoli’s hummingbirds are usually seen around the western parts of the United States in the mountains areas of New Mexico, Arizona, and Central America.

Are Hummingbirds In Florida Year-Round: Conclusion

Only a few species of hummingbirds are year-round in Florida. For instance, Ruby-throated hummers are known to be year round in Florida while the other species will migrate.

Read more about How To Make A Hummingbird Nesting Platform