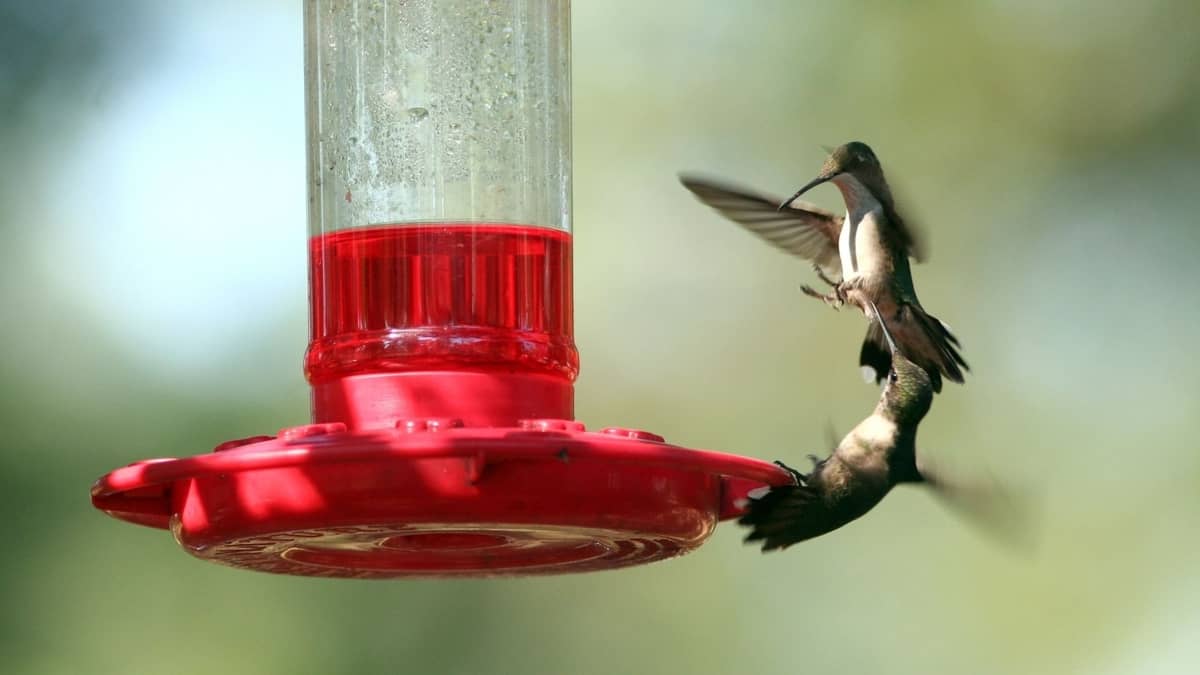 Hummingbird activities may seem fascinating that it encourages birders to attract these shimmering birds by hanging feeders. However, hummingbird territorial and aggressive behavior at feeders may prove challenging for you. This is why we will teach you ways on how to keep hummingbirds from fighting.

As tiny as these birds are, hummingbirds are pretty territorial and aggressive when it comes to guarding their favorite feeder. Therefore, hummingbird aggression or fighting is a natural occurrence. The good thing is there are ways you can minimize this aggressive behavior at your hummingbird’s feeders.

So, let’s look into how to keep hummingbirds from fighting.

Why Do Hummingbirds Fight?

Firstly, let’s understand why hummingbirds tend to be so aggressive and territorial. It’s logical for anyone to want to protect their source of food. And hummingbirds will do so if it comes to fighting other hummers or even other animals.

Below are more some reasons why hummingbirds tend to be aggressive and territorial:

One good reason hummingbirds tend to be aggressive is to protect their food supply. This aggressiveness may increase especially when there’s a scarcity or low blooming flowers for them to feed on.

When blooms are less available or when nectar has been exhausted, they may need to wander far to look for a reliable food source. 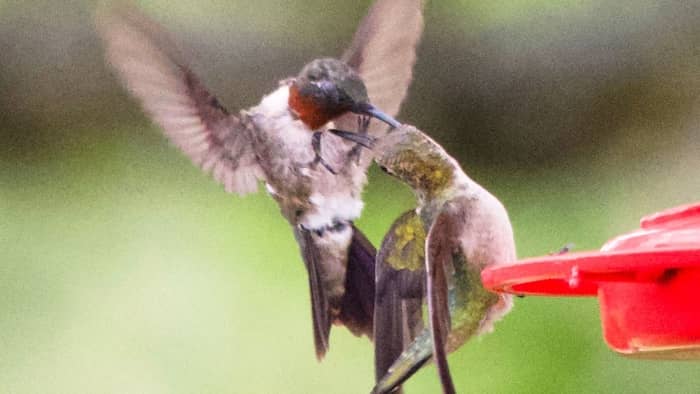 Once it’s breeding season, the female hummingbird looks for a safe spot to build her nest and lay her eggs. The mother hummingbird always makes sure her nesting site is safe from predators and harsh weather conditions.

However, if any predators locate her nesting spot, she builds up courage and becomes territorial and aggressive to predators.

Also, the female hummingbird can become protective of a food source close to its nest. This is because she would prefer her food source to be accessible and close by. So she won’t have to wander far away from her nest to look for food for herself and her offspring.

Therefore, the female hummingbirds can become aggressive and territorial by fighting other hummers for food sources close to their nesting site.

Another reason for hummingbird’s aggression is mating and this is exhibited by the male. The male hummingbirds have a duty to attract the female hummingbird when it’s time for their breeding season.

Therefore, the make hummingbirds will chase away any other male hummers that come close to his territory while he is displaying his courtship behavior. 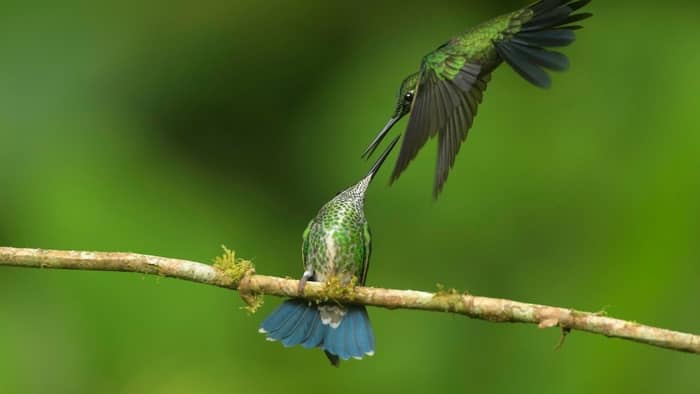 The male displays fascinating courtship behavior such as diving, flapping its wings to the direction of the sun to make its iridescent plumage more visible to the female. They can as well make some sounds to gain the attention of the female.

With all these efforts on the male part on courtship behavior to attract a female, it’s only fair he would do all he can to increase his chances of attracting a female. This includes being aggressive by chasing other males.

How To Keep Hummingbirds From Fighting

We have looked into why hummingbirds tend to be aggressive. Now let’s look at how to keep hummingbirds from fighting:

One way to keep hummingbirds from fighting is to add more feeders to your collection. If possible hang dozens of feeders. These hummingbird feeders should be placed in clusters around your garden. Ensure some of these clusters of feeders are out of sight.

As spring approaches and these lovely birds migrate to your zone, you can start by putting out a couple of feeders. The male hummingbirds are usually the first to arrive and they are most aggressive and territorial. Then the females and juvenile hummer follow a few weeks later.

But once you’ve noticed more hummingbirds arriving, you should increase the number of feeders in your yard to limit fighting.

Keep in mind that as you’ve hanged many feeders, it’s important you refill at appropriate times and maintain a clean feeder.

If you have a common hummingbird bully, it can help to locate its favorite hiding spot. Try to locate where the dominant hummingbird perches and you can do this by watching where the bird flies in from.

Bullying hummers usually look for a tree branch where it perches and has a good view where it can see the feeders and defend it.

Therefore, when you locate this spot, remove or cut out the branch the bird perches. The hummingbird will find another spot. Your job is to ensure it doesn’t have a spot where it can see your feeders. You can help the bird by erecting 1 or 2 perching spot that is out of sight from your feeders. 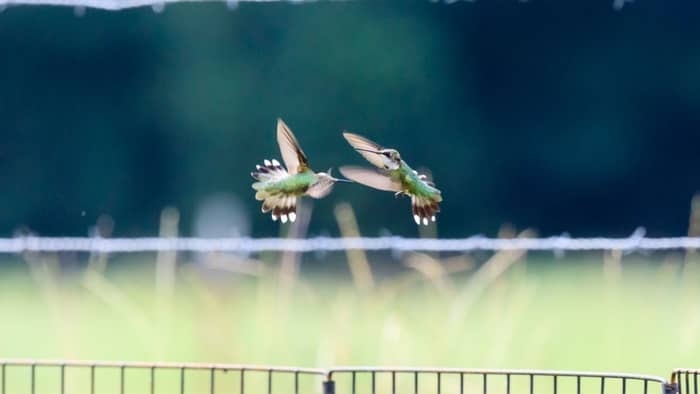 Do Hummingbirds Kill Each Other?

It is a natural thing for hummingbirds to fight and defend their food supply and the food supply of their offspring. This fighting can sometimes result in serious injury. In rare cases, it may result in killing other hummingbirds that have refused to yield to their dominance.

But hummingbirds’ aim is not to kill. Even the most aggressive hummers often begin with less aggressive behavior to defend their food source or territory.

Read more about Types Of Hummingbirds In Arizona

How To Keep Hummingbirds From Fighting: Final Say

It’s logical for any birder to want calm and peace in their garden and prevent hummingbirds from fighting. But whether we like it or not, hummingbirds are aggressive in nature.

Hummingbirds will defend any reliable or accessible feeding spot. You can only limit their aggression to a level by putting some things in place such as increasing the number of feeders you hang. You can as well try to locate the perching spot of a bullying hummer and remove that perching spot.