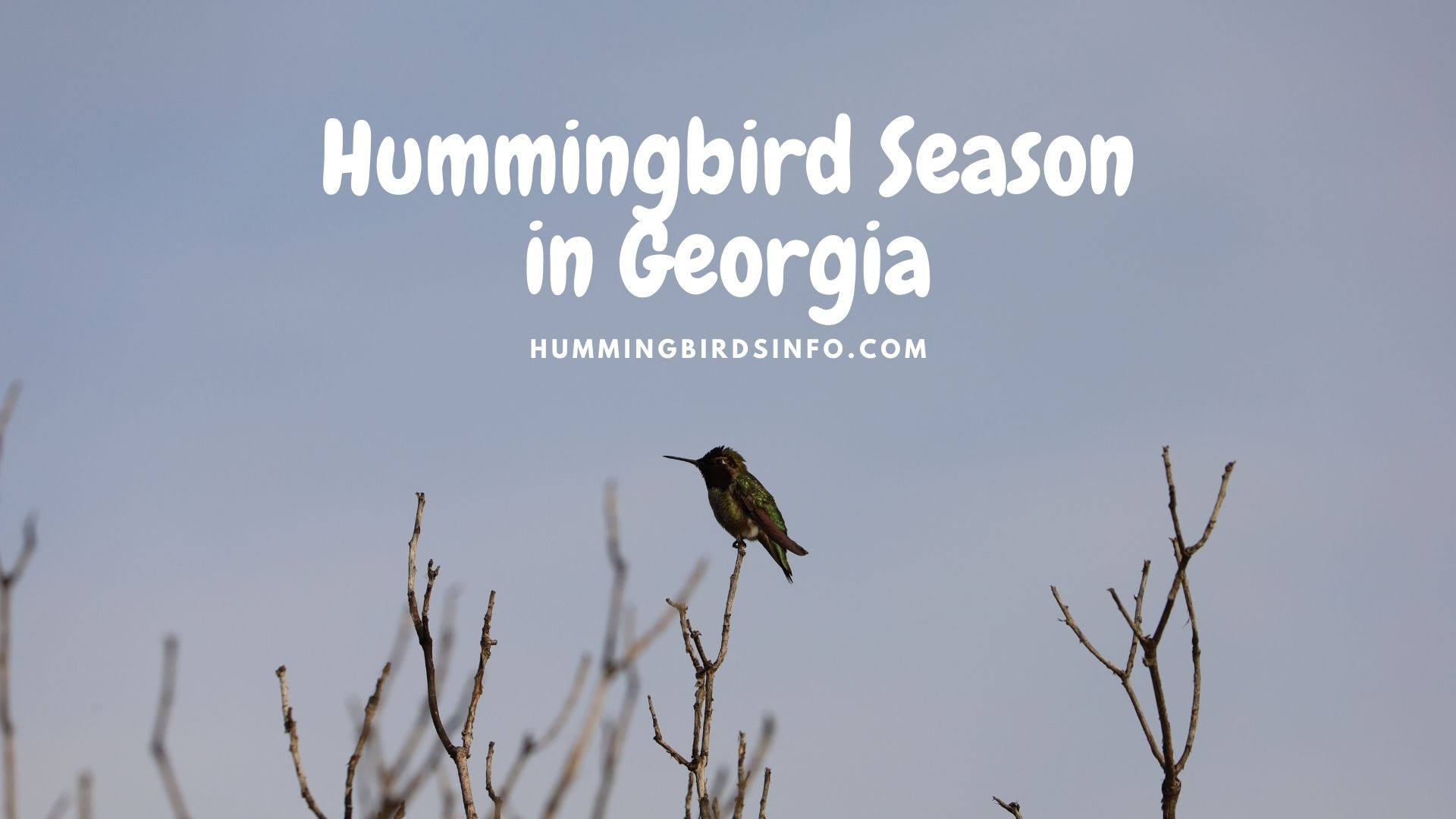 Last Updated on October 31, 2021 by Guillermina

You’ve heard about hummingbird season in Georgia, but did you know that there are two? You have double the time to visit this state during the year for a birdwatching getaway weekend. Let’s help you plan your visit to increase your chances of spotting the majestic birds.

Are you living in Georgia? Even better! Let’s explain when you should put out your flowers and feeders.

Hummingbird Season In Georgia Is Different

We all know the classic hummingbird season. It starts in spring and lasts till the middle of fall. You put up your feeders in March and have the first visitors the same month. You enjoy the views of the hummingbirds all summer. Then, come October, there’s barely a few hummingbirds, and you pull in your feeder by the end of the month.

But hummingbird season in Georgia doesn’t end in October. There aren’t many states that can take pride in having hummingbirds visiting during the winter months. They usually fly to Mexico and Central America to avoid the harsh cold months. Georgia, along with a few others, welcomes the birds left behind. 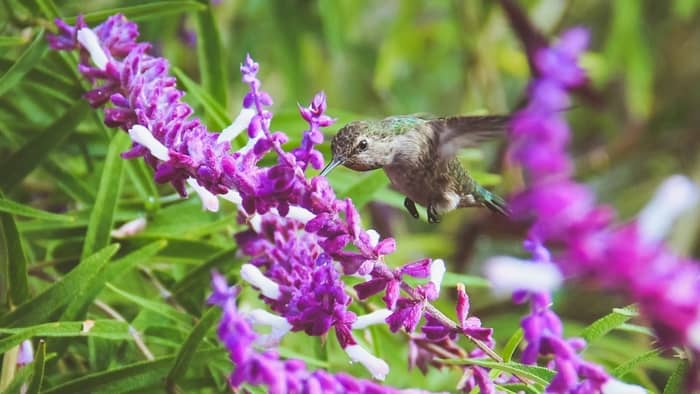 When Do Hummingbirds Come To Georgia

The regular hummingbird season in Georgia starts at the end of February and early March. It’s the time when bird lovers put out their feeders, start planting flowers that hummingbirds like, and patiently wait. Naturally, the ruby-throated hummingbirds are the familiar visitors. It’s the only hummingbird that nests along the Mississippi River.

The second season starts in November. It comes as a surprise, just a few weeks after the first season is over and you’ve retired the feeders. Then, even more unusual, you start spotting another type of hummingbird. There are still some ruby-throated hummingbirds, but the rufous is prevailing. Calliope hummingbirds can also be spotted. 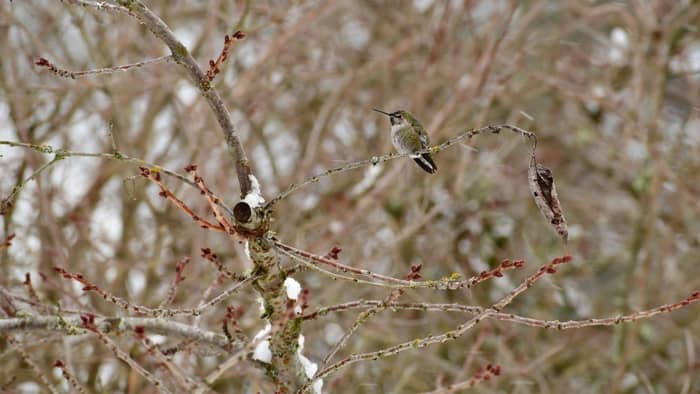 When Do Hummingbirds Leave Georgia

The first hummingbird season in Georgia comes to an end as soon as daylight starts declining. People are taught to take in their feeders so hummingbirds won’t stay the winter and freeze. Contrary to popular belief, hummingbirds don’t leave because there’s a lack of food. The decline in daylight arouses specific chemical processes in their body that signal it’s time to move. The change in their circadian rhythm triggers the start of their fall migration.

During the beginning of October, hummingbirds feast on nectar and insects, trying to store as much fat as possible to fly over the Gulf of Mexico. Each hummingbird needs around 3/40 of an ounce of fat to be able to make the crossing. By the last week of October, most of the hummingbirds have left Georgia.

Did you know that hummingbirds can tolerate cold better than we think? In fact, some of them can survive temperatures below 20°F. This is primarily because they’re able to go into torpor. Their heart rate and body temperature decline in this state, and they save energy to survive wintertime.

Rufous is the most common winter hummingbird that’s hard to spot in the summer. It nests as far as Alaska, so it’s no stranger to the harsh winter temperatures. It leaves Georgia at the end of February, marking the end of the second hummingbird season. 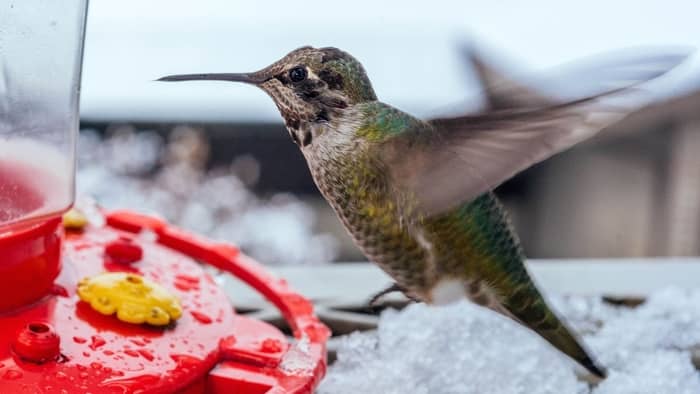 When Do Hummingbirds Return To Georgia

Hummingbirds have an excellent memory. Even though they migrate for thousands of miles, they still return to the same place. Research has proven that hummingbirds are able to remember feeders even years after they’ve visited them.

Hummingbirds that leave during the fall start returning to Georgia as early as February. Depending on where they’ve spent the winter months, the earlier they need to start their journey. The Ruby-throated hummingbirds nest along the Mississippi River, so they permanently reside in the area.

Some hummingbirds need to fly back from Panama, totaling 3,500 miles. Others spend the winter in Mexico and Belize, so they fly less than half the miles – around 1,200.

Rufous the winter hummingbird travels over 4,000 miles from the breeding grounds in Alaska to Georgia. It returns in Georgia the first week of November.

Read more about When Do Hummingbirds Leave Maine?

Why Is There A Second Hummingbird Season?

The second hummingbird season in Georgia is a mix of year-round and migrating hummingbirds. In addition, Georgia hosts from 2 to 6 kinds of non-native winter hummingbirds each winter season. These birds are just visitors and spend the winter months predominantly in North Georgia and leave in three months.

Not all hummingbirds migrate to warmer places. A significant number of native ruby-throated hummingbirds spend the winter at their breeding ground. During winter, they feed on winter-blooming plants and the occasional feeder left behind. 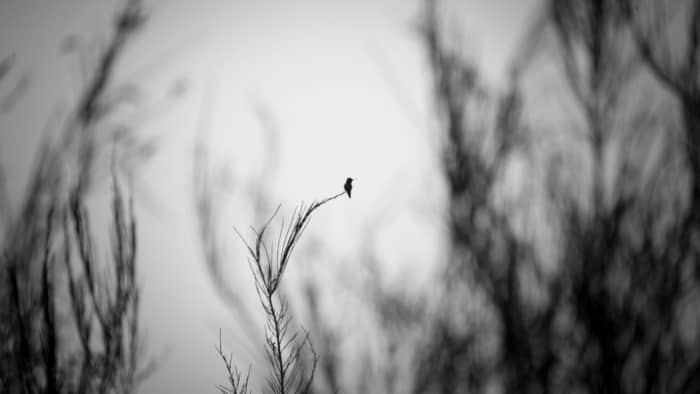 How To Prepare For The Second Hummingbird Season In Georgia

Hummingbird season in Georgia it’s essentially neverending. With some small breaks in between migration, different hummingbirds can be spotted from March to October and November to February. The Ruby-throated hummingbird is here year-round, while the Rufous and Calliope migrate from Alaska to spend the winter in Georgia.

During the colder months, the hummingbirds are not as abundant. To attract them, leave a feeder in your garden and patiently wait.

Have you ever had any luck spotting a hummingbird in winter? What actions do you take during the colder months?