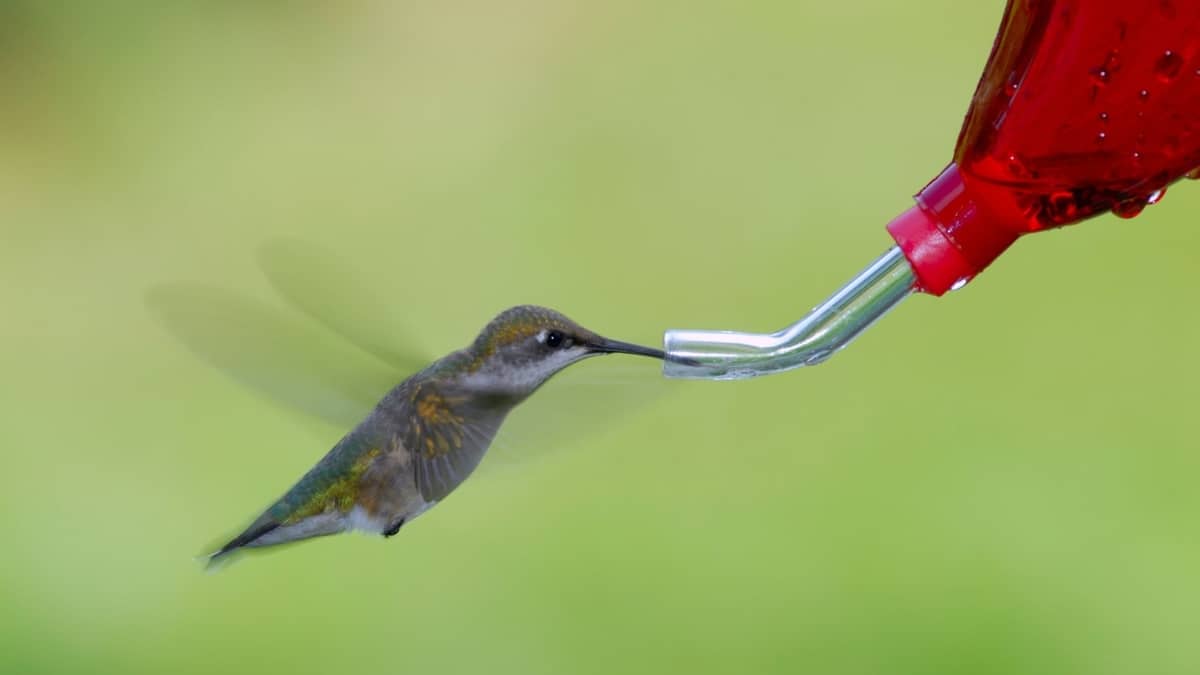 Last Updated on November 29, 2021 by Guillermina

Wondering what types of hummingbirds are found in Ohio? The hummingbird is one fascinating bird to have around our gardens. These tiny humming little birds are a delight to behold. Having nectar flowers in our gardens is a great way to attract them.

These tiny birds are capable of making two long-distance travels within the space of a year. The migration includes the arrival and the other departure. The different species have their different times for migrating within a particular year.

This piece is an exposition into the different types of hummingbirds that are found in Ohio. These individual features and peculiarities are discussed here.

This is to allow for ease of identification whenever an opportunity arises to encounter these lovely birds. Now, let’s get into it.

Different Types Of Hummingbirds In Ohio 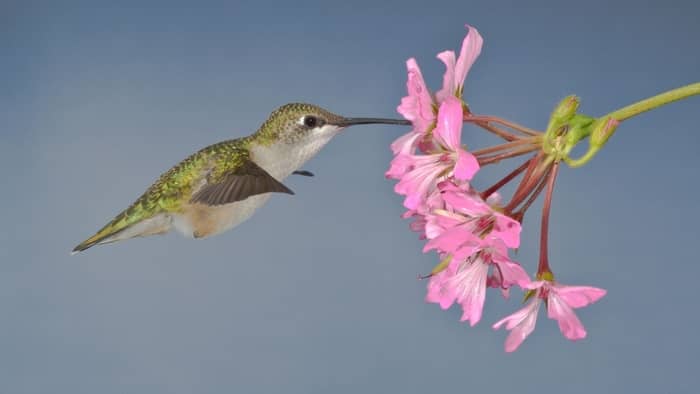 This is the most common hummingbird species available in Ohio. The ruby-throated hummingbirds are usually very small, with bills that are curved downwards slightly. They are the green hummingbird in Ohio.

This species of hummingbird usually has very short legs, making it difficult for them to walk about like other birds. They have a short wing that does not get to their tail when they perch.

Having this color of flowers in our garden or homes will surely attract them. This species of hummingbird is the only one that breeds in the eastern United States. 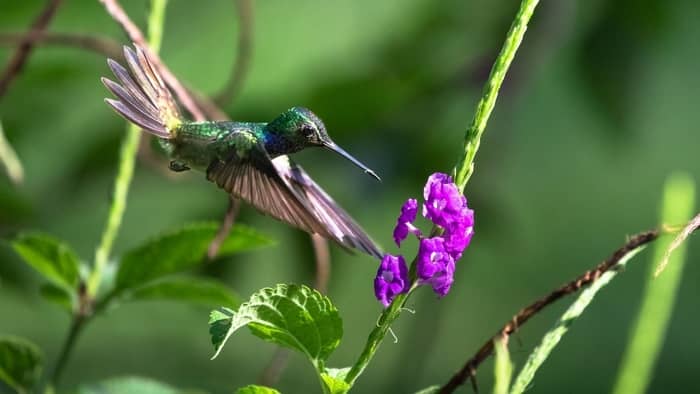 Found occasionally in Ohio. They usually prefer to stay around the edges and clearings of pine-oak forests. They are usually nomadic, staying at a place only for a short period of time.

Mexican violetear mostly has deep overall green and some black bands on their tails. They also have a deep violet marking on their chest from where they get their name. Although they like to remain hidden when feeding, but they are quite easy to locate because of their chirpy calls.

Read more about Do Hummingbirds Eat Bees: Get To Know The Facts

Found occasionally in Ohio. Found along the western coast of the United States.

Spotted in Ohio and other surrounding places during the winter season. This species of hummingbirds usually prefers to stay around woodlands, gardens, desert sage scrubs, and open areas.

This species usually has a medium body size, with long broad short tails. They have a short and straight bill and are mostly green with a few grey touches. This species is notorious for being more vocal than other species. 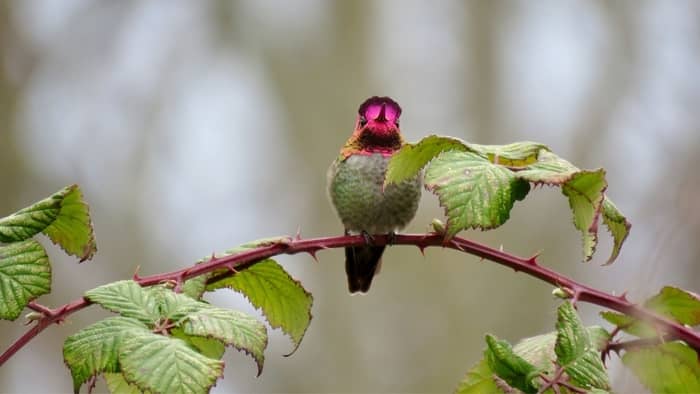 Found in Ohio on a few occasions. They usually reside in shrubby coastal areas with very open habitats.

They look very similar to the Rufous hummingbird as they share some identical features with Rufous. The shape of the feathers on their tail is the major difference between both species.

This species is usually small and slender with very straight bills and short wings. They usually have orange plumage that appears to glitter in the sunlight. They also have iridescent patches on their throat.

Rufous hummers have a lot of similar features to Allen’s hummingbirds. This species of hummingbird is notorious for its feisty behavior.

It is highly territorial and always willing to attack and chase an intruder away from a feeder or its space. Seen in Ohio in the fall and winter most times around feeders. 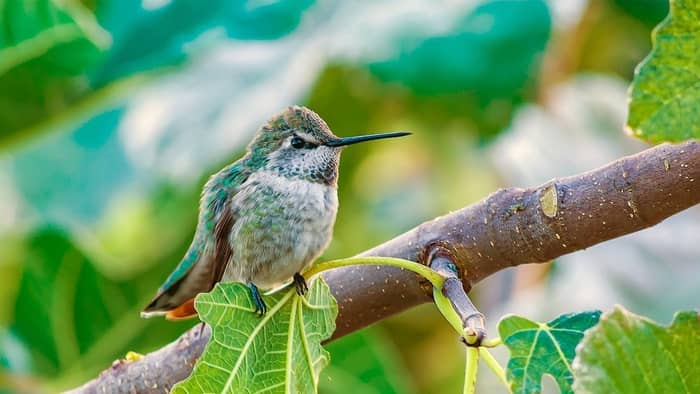 This species is notorious as the tiniest of hummingbirds. They are usually about 3 inches in length and weigh only about one-tenth of an ounce. They usually have very short tails and short wings.

Although they are mostly found on the western coast of the United States, in winter, they migrate to the south and are found occasionally in Ohio.

Notwithstanding their very small size, this species is very territorial and always willing to give up a good fight to defend a territory.

Now we know about the different Hummingbirds in Ohio, let’s talk about the best time to see these birds in Ohio. Seen in their numbers between the month of May and September.

So, the southern migration in Ohio usually begins towards the end of August. For the late migrators, they leave sometime in September and by October, all of these lovely birds are gone. In Ohio, just like many other places, the males migrate first, before the females follow.

After these birds leave sometime in September, they begin to return to Ohio towards the end of April and early May. So, by the end of May, a lot of hummingbirds become visible in gardens, farms, bushes, and feeding areas. Therefore, this is about the best time to watch these birds.

So, the best time in Ohio to put out the feeders of these birds is usually towards the end of April. During this period, these tiny nectar-drinking birds find it difficult to find enough feed in the wild.

Conclusion On The Types Of Hummingbirds In Ohio

As we have seen from the above, there are different varieties of hummingbirds that may be found in Ohio. While the Ruby-throated hummingbird happens to be the most common in Ohio, others are found in the region occasionally.

The best time to see a wide variety of these birds as we have noticed above is sometime in May till September. This is when they flock about the feeders trying to get as much from the feeders as possible.

Now you have read about the diverse or types of species of hummingbirds available in Ohio. So, be sure to look out for them whenever they are around.

Read more about How To Take Care Of A Baby Hummingbird