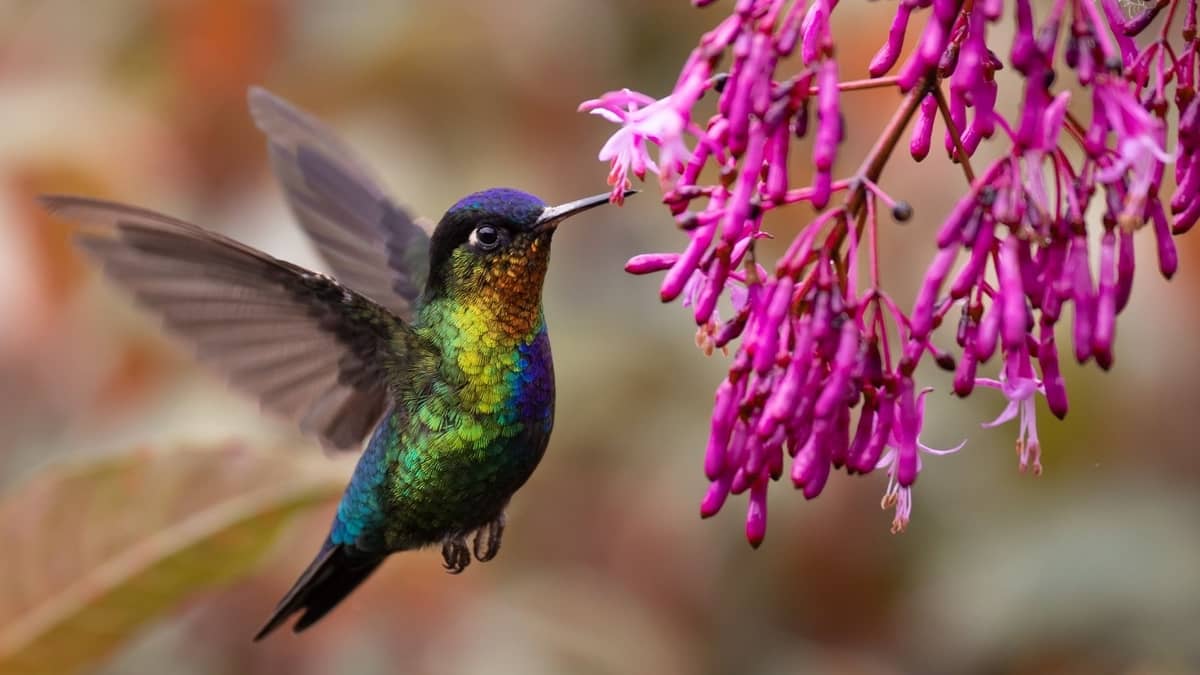 Hummingbirds are birds that are known largely for their humming sound. The name hummingbird stems from this constant humming.

Hummingbirds like many other birds have the ability to make a song-like sound. With some patience and determination, you can catch some of the sounds they make.

If you can distinguish the different sounds made by hummingbirds, you would be able to tell what each sound stands for. You will know when a wooing sound is made by a male, and a sound to attract the female is made by a male.

So, this is a short review of the sounds made by hummingbirds. This guide also aids you in learning the art of distinguishing what one sound is from another.  Now let’s get into it immediately and answer the question of what sound does a hummingbird really makes.

To chirp is to make a short, sharp, or high note, usually made by birds. The hummingbirds are infamous for their chirping abilities. There are various reasons why a hummingbird may be found chirping.

One major reason why hummingbirds chirp is to show that they are happy. This is why you will very likely hear a hummingbird chirp during mating seasons or for courtship purposes. 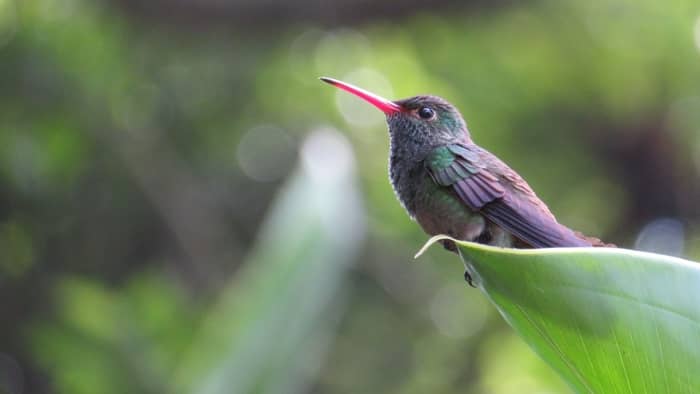 The chirping sound usually varies from one hummingbird to another. Males may sometimes be heard chirping when protecting their food and territory. The male hummingbirds are very territorial and would chirp aggressively to protect food or territory.

The female hummingbird chirping is usually short and soft, given out when they are delighted about nectar. Young hummingbirds usually chirp by sending out intrusive chirps sounding like that of the males. They do this to demand attention or care from their mother.

While every hummingbird can chirp, the chirping sound differs from one species to another. Once you can get a good ear for listening to their chirping, you will be able to differentiate the species from their chirping.

Asides from this, you may be able to listen to the hummingbirds and communicate with them. For instance, you would be able to tell when their feeders are empty just from the sound they make.

When listening to hummingbird chirp, you should pay particular attention to picking the sounds. Pay attention to the tone, pitch, aggressiveness, softness of the chirp.

Sound Made By The Wings

Asides from chirping, another sound made by hummingbirds are done with the wings. Hummingbirds can flap their wings at an imaginable pace. This gives them the ability to stay in mid-air, fly upwards, backward, or sideways.

As a result of the constant chirping by hummingbirds, they make a peculiar sound from the rapid flapping of their wings. They are usually able to communicate with each other by the sound made from their wings. 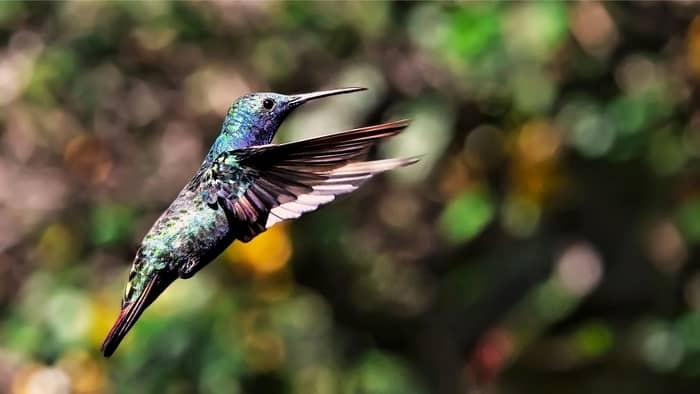 The name “Hummingbird” comes from the sound that is made by the wings of the bird. They are able to notify people of their presence because of the distinctive sound made by their wings. The speed at which a hummingbird is traveling usually affects the sound of the humming.

If you are interested in identifying the sound made by these birds, you may do this by buying a feeder without a perch. This would require the bird to fly and flap its wings while using the feeder. You may therefore be able to listen to the humming sound made closely.

The sound made by their wings is very distinctive and when close attention is paid to listening to the humming, it can be recognized easily.

Asides from chirping and humming, a hummingbird is also able to learn vocalization. They are one of the few birds in the world that can repeat or mimic a sound. Other birds with the ability to do this include songbirds and parrots.

Research has shown that the brain of a hummingbird is big in comparison to its body. And it has been discovered that they have vocal learning centers similar to that possessed by Parrots.

The presence of these vocal learning centers, therefore, makes it possible for a hummingbird to vocalize and mimic a person. From listening to sounds made by hummingbirds, you will be able to notice when the bird is mimicking a sound heard.

Do you wonder if hummingbirds sing? Certain species of hummingbirds have the ability to repeat sounds in a song-like manner. A good example of a species with this ability is the Ruby-throated hummingbird. This species usually makes a ‘chip-chip-chip’ song at dawn.

The singing done by some of these hummingbirds is merely soft chirping. For those hummingbirds that don’t sing very often, they usually have a distinctive sound when they do.

Hummingbirds also have a distinctive sound with which they call other hummingbirds, or draw their attention. The call sound may be buzzing, of warbling quality, or trilling. Different varieties usually make different types of sounds.

Calls are also used by many hummingbirds’ species during courtship or merely to show excitement when feeding. The sight of a new colorful object may draw their attention and inspire them to make some calls.

Things To Detect From Hummingbird Sounds

The following can be easily detected from the sounds made by hummingbirds:

Conclusion: What Sound Does A Hummingbird Make 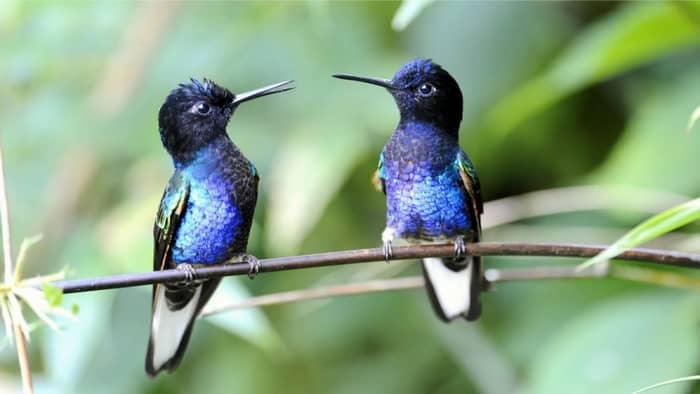 From the above, you would notice that there is quite a variety of sounds that a hummingbird may be able to make. Some of the very popular sounds are briefly discussed above.

The question posed at the beginning of this write-up: What sound does a hummingbird make requires true quiet and reflection to determine. The first step to learning their sound is getting the right knowledge. You should also begin to pay more attention to the sounds made by the hummingbirds.