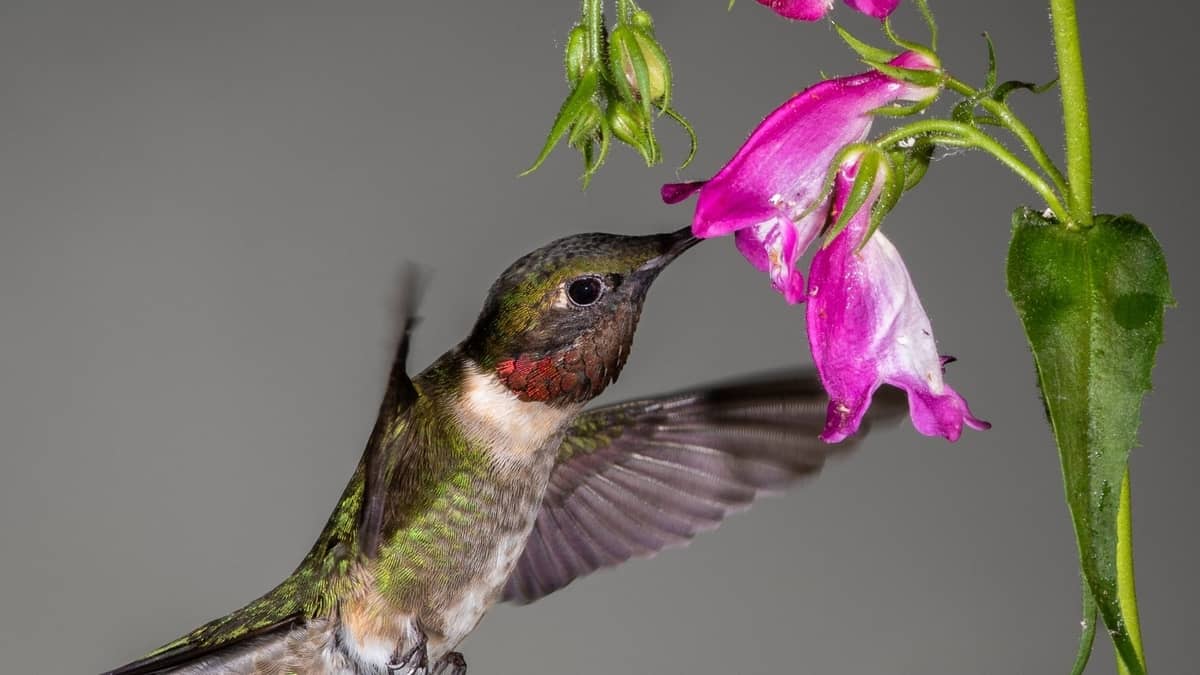 Do you reside in Maryland and you’re wondering when do hummingbirds leave Maryland? Let’s get right into this.

Once spring is around the corner, hummingbird enthusiast knows it’s time to prepare for the arrival of these charming iridescent birds. Even though we are aware hummingbirds tend to arrive around spring, the exact period for their arrival and departure differs for different regions.

Therefore, it’s important you know the period hummingbirds arrive or leave your region so you can make preparations.

In this post, we will be looking at when do hummingbirds arrive and leave Maryland. So if you’re a hummingbird lover and a residence of Maryland, this information might be helpful to you.

Hummingbirds have definitely been sighted visiting feeders in various parts of Maryland. So after their long exhausting journey, it’s only fair to welcome these charming birds with feeders waiting.

Even though most of our feathered friends won’t migrate or visit until flowers have properly bloomed, we can still see a few early visitors come our way. Therefore, we can help these early hummingbird visitors by putting out hummingbird feeders early because hummers tend to arrive before we think they should.

Read more about When Do Hummingbirds Leave Michigan? 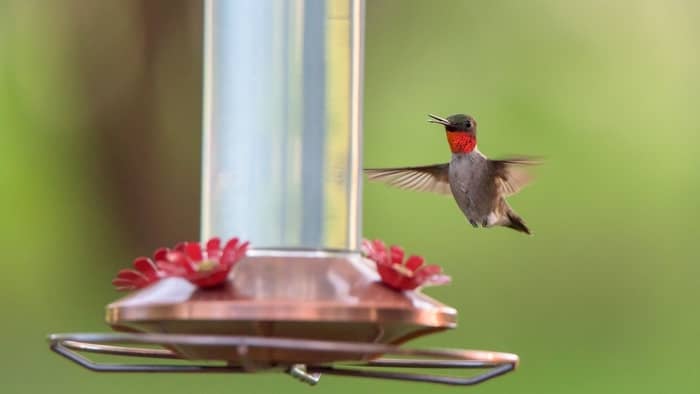 When Do Hummingbirds Return To Maryland?

As we mentioned, hummingbirds tend to arrive before we think they should. But they generally arrive in spring and their exact arrival period can differ from zone to zone.

In Maryland, hummingbirds can arrive starting from May. But you may notice some early arrivals as early as April ending. Therefore, hummingbird season in Maryland starts from spring.

The male hummingbirds are always the first to arrive. Then they will be followed by the female hummers then the juvenile hummingbirds.

When Do Hummingbirds Leave Maryland?

When hummingbirds leave Maryland is usually towards the end of September. Some hummingbirds may linger a bit and leave late.

However, you may notice some rare or accidental species passing by around October or even November. 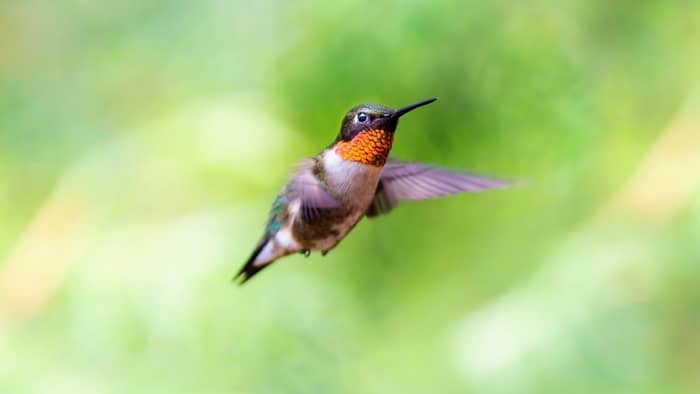 Hummingbirds tend to be incredibly fast and it may be a bit difficult for some to distinguish them. They mostly appear tiny and iridescent blur birds hovering around the yard as they flap their wings rapidly.

Ruby-throated hummingbirds are seasonal species and they are the most common hummers you can find in Maryland. These hummingbird species tend to arrive the first week of May. But some may arrive in April ending. These hummingbirds species will leave Maryland around September or even later. 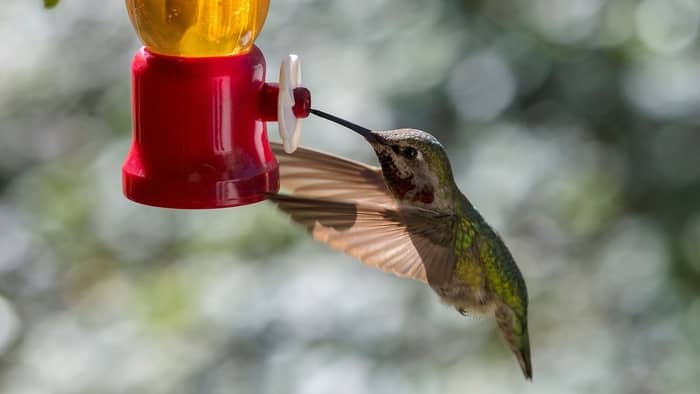 The male Ruby-throated can be identified by their red-buy throat and white-collar. They also have an emerald green back and a forked tail.

The female Ruby-throated can be identified by their green back. Their tail feather appears banded white, black, and grey-green.

The rufous hummingbird is another seasonal species in Maryland. They may also arrive in early May or sometimes late April. The makes are as well the first to arrive. Then two or three weeks later, the female Rufous shows up and is followed by the juvenile hummers. 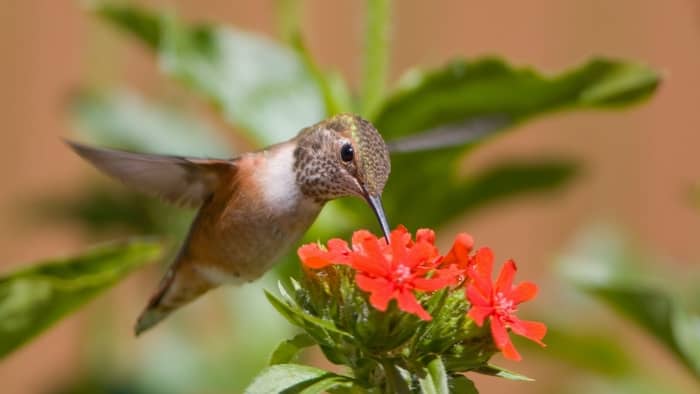 Rufous hummingbirds tend to leave Maryland from September or October. Again, the male will leave first and the female follows in about two weeks later.

Allen’s hummingbirds are rare species to Maryland and they have been sighted only a few times here.

These hummingbirds have a similar appearance to Rufous hummingbirds so they can be confused with each other. However, you can distinguish them by the color of their back. This hummingbird has green back and Rufous, on the other hand, has a coppery back. 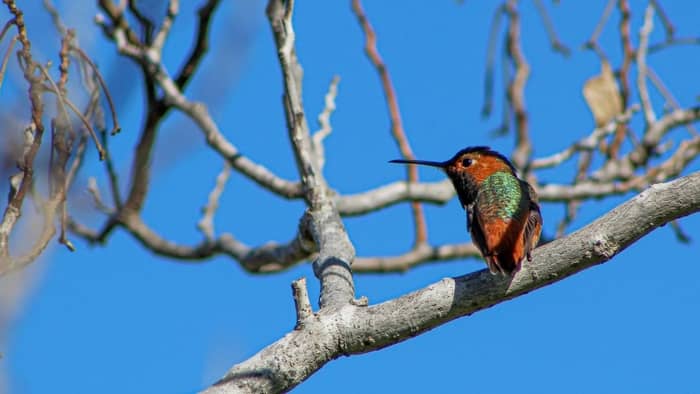 The male Allen hummingbird throat color ranges from orange-red to yellow-orange. Their back is bright green and a Rufous rump. Their tail feathers are also Rufous tipped in black.

Broad-tailed hummingbird is also rare or accidental to Maryland and only a few sightings have been recorded.

The male Broad-billed hummers have their throat looking rose-red. Their chest feathers are white with a metallic green back. Their crown is as well metallic green with a rounded tail.

The female on the other hand appears less flashy. Broad-tailed are mostly pale below with a less fancy throat. They have their outer tail feathers as white-tipped with a rusted color close to their body. They have a blackish center body. Then the tail in their center can be green to black. 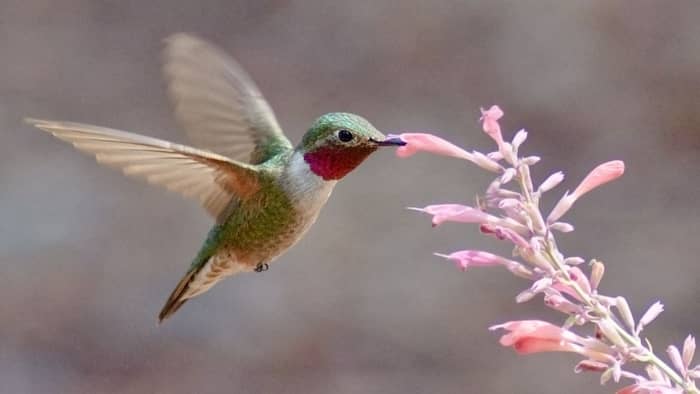 Additional Say On When Do Hummingbirds Leave Maryland

When hummingbirds leave Maryland is around September. However, some hummers can leave a bit late.

In all this, note that the hummingbird’s arrival or departure period we’ve listed is just an estimated period. These lustrous birds may arrive earlier or late after the predicted time.

To get more precise information, you can as well do your research by comparing the last or previous year hummingbird’s visit in your area. You can as well note down each year’s visit from these birds to your yard and align the information with the current year’s migration.