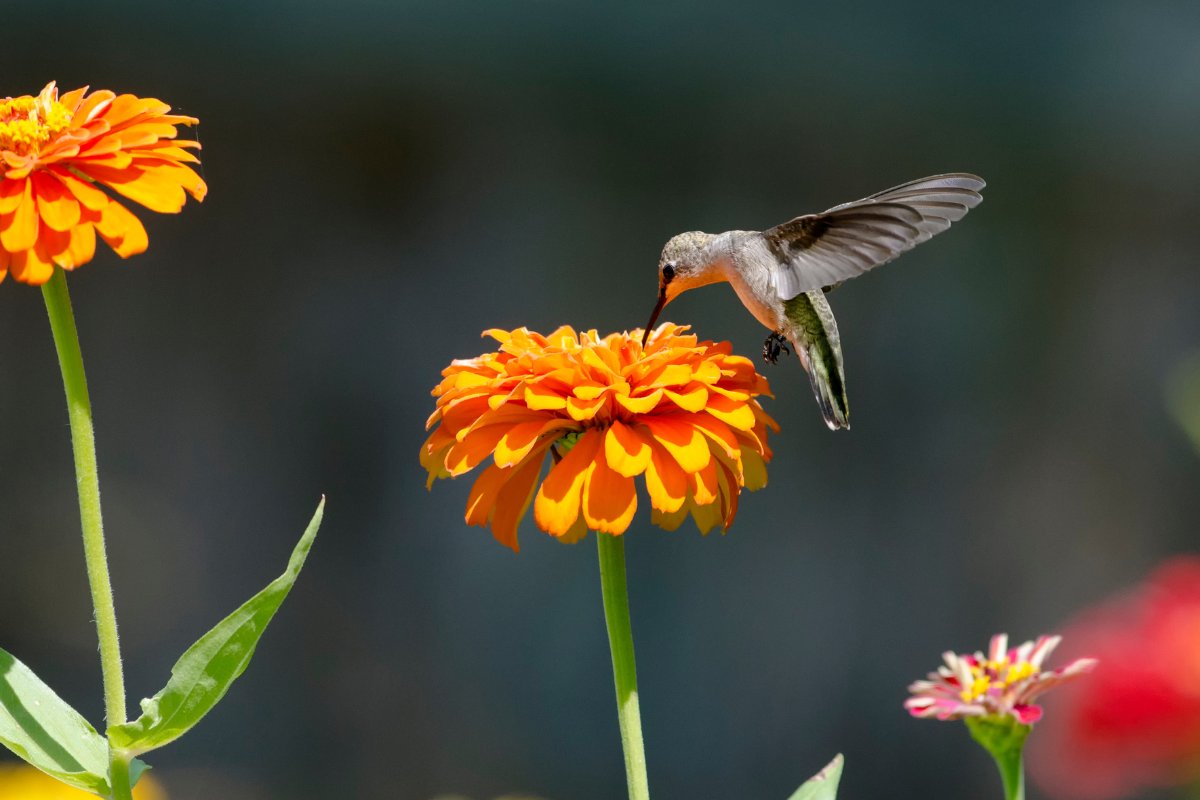 How big are hummingbirds? Warning: their extremely small size may surprise you.

These world’s smallest birds are considered a great prize among many birders, both for their exceptional beauty and because they are quite difficult to capture on camera. Although there are more than 350 different ones, they all have one point in common – their size, or should we say smallness.

So, how big are hummingbirds? Check out this article and find out what science and the profession have to say about this topic.

While it is hard to get everyone to agree on something, we think we have found that one thing that no one has anything to say against – hummingbirds are so tiny! It is hard to even notice them as they dart, shoot, and dash from feeders to flowers unless you are really paying attention. They are so small and quick.

Hummingbird size is what determines and makes them different from all other members of the flying kingdom. But have you ever heard that they are lighter than a penny? Well, that is not so far from the truth. Namely, an average hummingbird (if we exclude the smallest ones like the Bee Hummingbird or the biggest ones like the Giant Hummingbird) weighs about the same as a penny. Therefore, it is true that there are specimens much lighter than a penny and those that are ten times heavier.

Furthermore, their wingspan is only slightly longer than their body length, which actually means it averages somewhere between 4 and 4.5 inches, depending on the species.

As we have already stated, although there are more than 350 of them, all of them are lightweights. Let’s go into a little more in detail! They can weigh in a wide range, i.e. as little as 2.4 and as much as 4.5 grams, but some average is 4 grams or 0.141 ounces. What you must never forget is that one-third of a hummingbird’s size, more specifically weight, is muscle.

Now that we have solved that, let’s find out the answer to the question: “how big are hummingbirds?”.

How Big Are Hummingbirds?

When it comes to comparing the size of males and females, in most species females are as much as 25% larger than males, and it is not uncommon for their beaks to be slightly larger as well. Admittedly, we don’t want to exaggerate, the difference in the length of the bills is minor, more specifically less than one-tenth of an inch, which is actually impossible for most people to notice, but that’s why experts are here to point us out.

For example, the Sword-billed Hummingbirds have the longest bills of all other members of the avian family Trochilidae, proportional to size. This feature works to their advantage as they feed on the deep flowers found in the Andes mountains. Now let’s go into more detail.

How Big Is The Bee Hummingbird?

Wondering what the smallest hummingbird size is? Wait until you meet this one!

The Bee hummingbird has a special royal honor that no other bird will ever be able to take away from it. Namely, this enchantress holds the title of the smallest bird in the entire world! Yes, you read that right! Even though each of them is considered the smallest, the Bee really deserves special treatment.

This miniature measures a mere two and a quarter inches long, so it’s no wonder that people often mistake it for other creatures like real bees. It weighs less than a dime, which is actually half the weight of the two most frequent visitors to our gardens and yards, the Ruby-throated or Rufous hummingbird.

But the fact that this ultimate beauty is so petite doesn’t mean that she isn’t just as warlike, passionate, and stubborn as all her other relatives. She has the power to flap her mighty wings between 80 and 200 times per second! Checkmate!

* Feel free to click here if you want to know more information about this smallest bird in the world!

How Big Is A Baby Hummingbird?

We would rather say how small than how big a baby hummingbird is because the baby is REALLY TINY! We assume you are curious, and therefore won’t delay too much.

Did you know that once the mother hatches the egg, it is about the size of a coffee bean? Do you have coffee beans on hand? Take a look to get a better impression. What is even more interesting to us is that the nest itself is on average the size of half a walnut shell, with the fact that smaller species make much smaller nests than this.

As for the actual size of the hatchling, as you can imagine it varies from species to species, but on average they are about an inch long, and weigh about .62 grams when born. For ease of understanding, we suggest that you imagine a jelly bean weighing about one-third the weight of a US dime.

To Conclude – How Big Are Hummingbirds

The smallest member of the avian family Trochilidae, the Bee Hummingbird measures a total of 2 inches from the tip of its bill to the end of its tail, while on the other hand, its largest relative, the Giant hummingbird, is often mistaken for a swallow. However, no matter how you look at it, they are still the world’s smallest birds!

Did you know the answer to the question “how big are hummingbirds?” before reading this article? Tell us more below!