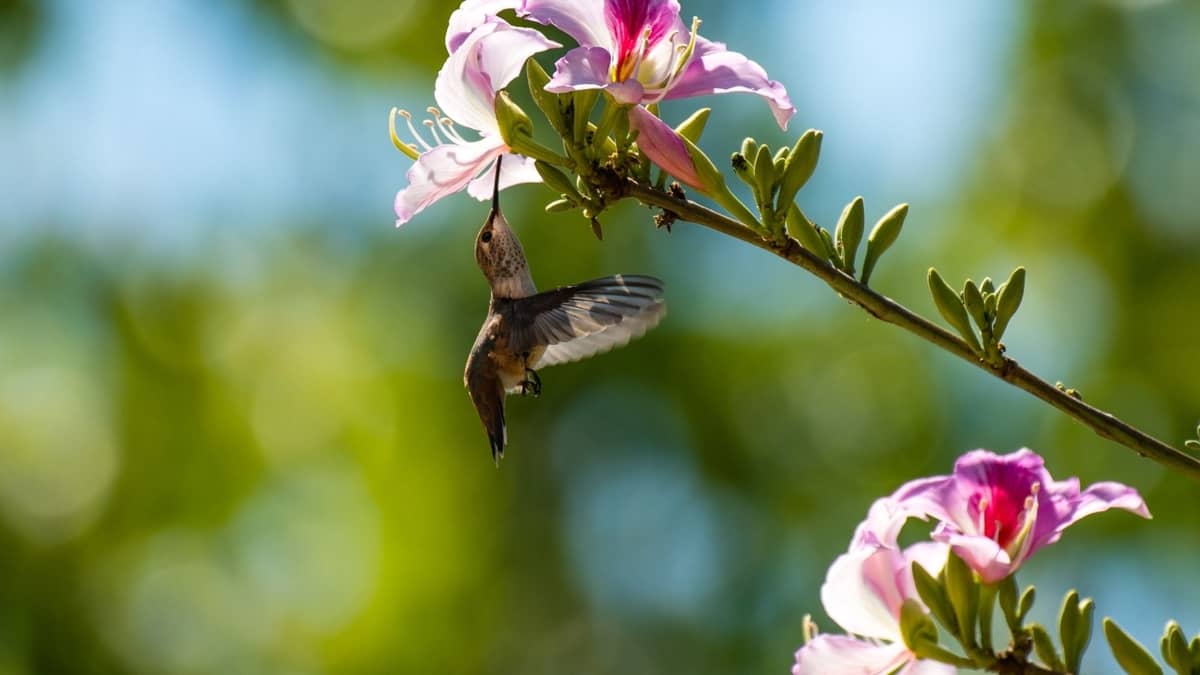 Last Updated on November 29, 2021 by Guillermina

As days become shorter and temperatures drop, gathering the feeders inside is inevitable, but when to stop feeding hummingbirds in Tennessee? Hummingbird migration depends on two main factors: daylight and temperature. Shorter days trigger the migration hormones in hummingbirds, and they set off to warmer climates.

It’s essential to provide substantial amounts of nectar before their long journey. Once they set off, you can begin taking in your feeders. Let’s explore the hummingbirds’ annual routine in Tennessee.

Tennessee welcomes 6 types of hummingbirds each year. They arrive just in time to nest, raise their young and continue the journey up north. There are two main migration periods. The first one is in spring, known as the opening season. The second one is in the fall when you can spot the most hummingbirds.

Tennessee has mild winter with daily temperatures ranging from 30°F to 50°F. It snows occasionally, and there might be some chillier Canadian wind at times. This allows for a third mini hummingbird migration season from November to March. 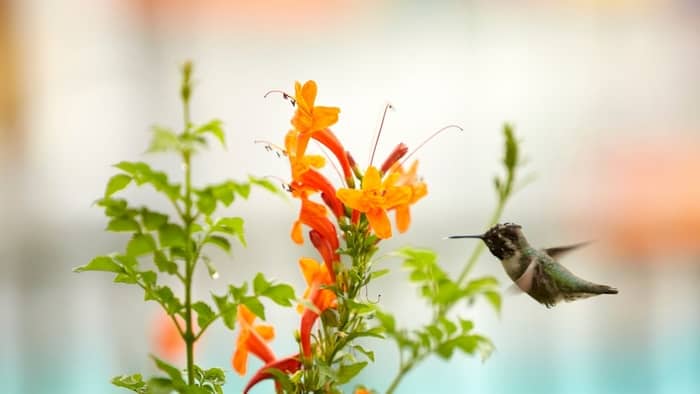 When Do Hummingbirds Come To Tennessee

Tennessee’s hummingbirds spend their winters in Panama and Mexico. They make their way back in late March. It takes them a few weeks to settle down and find a nesting spot. By the middle of April, you’ll notice hummingbirds buzzing around your garden. We recommend putting out your feeders by 1st April to attract the first visitors. Planting some early spring blooms like bee balm and daylilies is a good idea.

Fun fact: hummingbirds usually return to the same spot they were born. They have an excellent memory and will look for the same feeders too!

With just a little luck, you can have winter visitors. Hummingbirds that stay the summer in the western US and Canada come to Tennessee in November. This is known as the third, wintertime migration in Tennessee. Anna’s hummingbird, Calliope, and broad-tailed hummingbirds usually stop to feed before continuing their journey. They stay until late March before they make their way back.

In winter, hummingbirds pick yards with late-blooming flowers and bushes. This is because they need more protein in winter, and insects hide in bushes and shrubs.

Why Do Hummingbirds Stop Feeding In Tennessee?

If you leave away from woodlands and forests, you’ll notice fewer hummingbirds during May. This doesn’t mean they’re gone and never coming back. The hummingbirds that arrived in April are preparing for nesting. They need protein-rich insects, so they won’t be visiting your feeder and flowers. But don’t bring in your feeder just yet! Once the babies hatch, the mothers will come back to feed.

Female hummingbirds dedicate a large portion of their time to building a nest. They choose to nest on tree branches hidden among thick leaves. If your yard provides good nesting conditions, you can spot a hummingbird building her nest there!

When Do Hummingbirds Leave Tennessee

Once the young hatch, you’ll notice a greater hummingbird presence in your garden. The nestlings leave their safe spot and start exploring with their mothers in the second half of June. They’re most active from the middle of July to the beginning of September. Then, the ending of the summer season approaches. Male hummingbirds start leaving Tennessee as early as July. They make their way to Central America.

Hummingbirds leave Tennessee by the end of October. You’ll start spotting fewer hummingbirds around your feeders at the beginning of the month.  However, some of them can stay the winter. Ruby-Throated and Rufous hummingbirds are live here year-round. But some senior or injured hummingbirds can also spend the cold months in Tennessee. 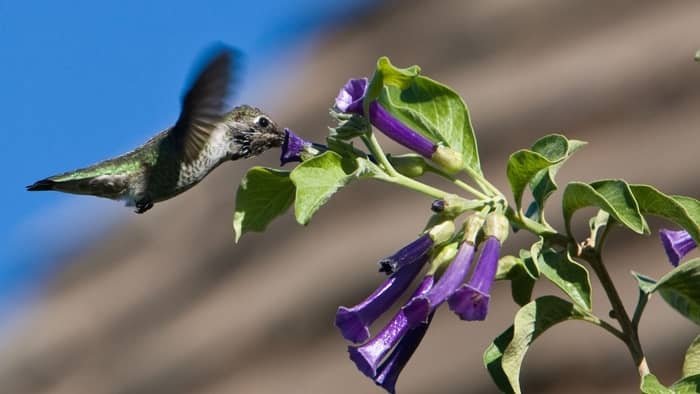 Should You Stop Feeding Hummingbirds In Winter In Tennessee?

The age-old question – should you stop feeding hummingbirds in Tennessee? For the longest time, people believed that leaving a feeder outside in the cold months would prevent hummingbirds from migrating. As a result, they will freeze and die.

This is far from the truth. Hummingbirds migrate when their migration hormones get triggered. The main trigger is shorter days and a prolonged lack of sunlight. Leaving feeders outside won’t confuse the hummingbirds. Quite the opposite, you’ll help struggling individuals get much-needed nutrients during the cold months. Various hummingbirds spend the winter in Tennessee when flower nectar is hard to source.

Since the number of winter hummingbirds is drastically lower, you should go for fewer and smaller feeders. Switch your large glass feeder for smaller plastic ones. You don’t need to replenish and clean the feeder as frequently as in summer. But when temperatures drop below 32°F, check if the sugar water has frozen.

Read more about Types Of Hummingbirds In Ohio

Where Can You Spot Hummingbirds In Tennessee

You can spot hummingbirds in all parts of Tennessee. By simply putting out feeders, you’re able to attract a surplus of hummingbirds each season. However, some spots might provide you with better hummingbird watching than others. Their migration route passes through Nashville, Memphis, Chattanooga, and Gatlinburg, but they prefer places closer to woodland.

Here’s where to spend your weekend during hummingbird season. 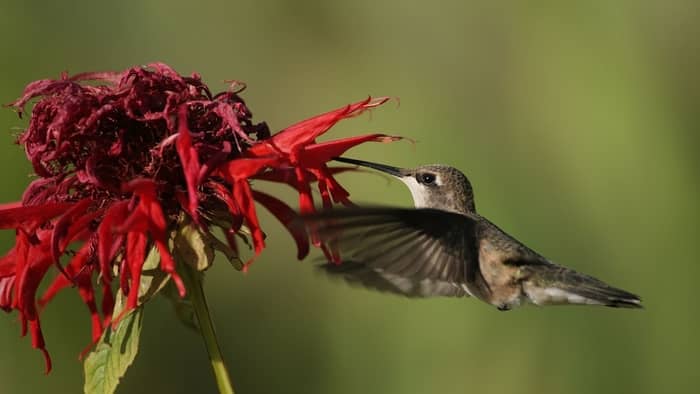 Warner Par is located in Nashville and has a unique approach to hummingbird watching. Visitors are encouraged to come by on banding day to meet the hummingbirds up close. It’s a highly educational experience that can include bird hikes!

Barfield Crescent Park in Murfreesboro is a community park with a dedicated Wilderness Station. Each September, they organize a Hummingbird Festival to wave goodbye to the migrating hummingbirds. Come by in the early hours to witness hummingbird banding.

Wade Bourne Nature Center in Clarksville is the location of the annual Hummingbird and Butterfly day in August. Community members set up a large number of feeders to attract hummingbirds on their migration route. Hosts provide educational materials to inform visitors on the conservation and preservation of hummingbirds.

Read more about How High Do Hummingbirds Fly: Facts About This

Bottom Line: When To Stop Feeding Hummingbirds In Tennessee 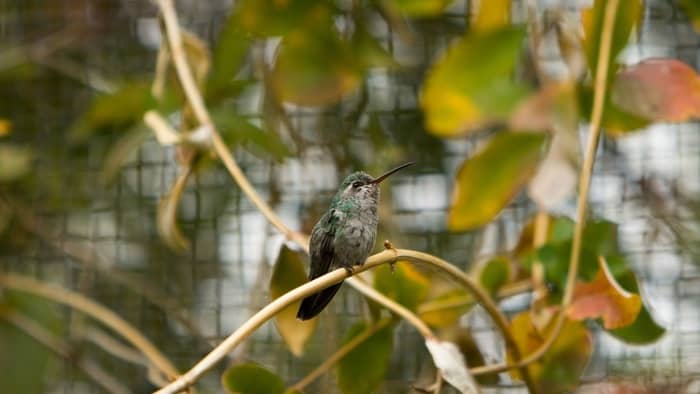 Due to the ideal weather conditions, Tennessee is a haven for hummingbirds year-round. There are two main seasons, one in spring and the other in late fall. Hummingbirds that nest in the western US spend the winters in Tennessee.

You shouldn’t stop feeding hummingbirds in Tennessee. Do place fewer feeders, but don’t remove all of them. Consider planting some late-blooming flowers and shrubs.

Will you leave a feeder outside during winter? Share this article with other hummingbird lovers and help the birds feed this winter!