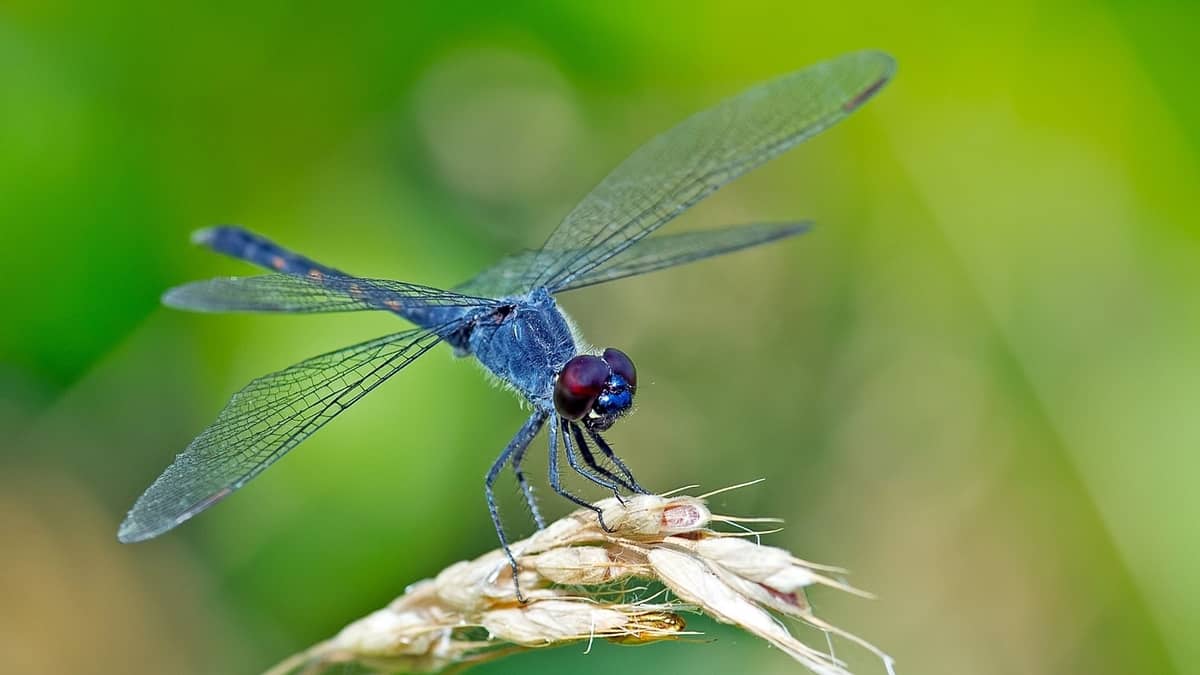 Spotting a dragonfly eating a hummingbird in your garden is an unsettling view – we know how the food chain works, but predators always surprise us. Hummingbirds face hundreds of threats due to their size and way of living. Whether it is during feeding or migration, the tiny bird struggles to escape the predators.

Having the ability to fly upside down and backward helps them avoid most dangers. Sadly, some smaller, faster, and more skilled predators attack them. Dragonflies are an unsuspected threat to hummingbirds, and here’s what you can do.

Can A Hummingbird Escape A Dragonfly?

Hummingbirds get their protein from small insects. So often, they’ll resort to spider webs for their daily serving. However, spiderwebs are as dangerous to hummingbirds as they are to insects. Dragonflies prey on hummingbirds and can quickly eat them when they’re trapped.

Logically, since the hummingbird flies faster, it should easily avoid a dragonfly. But in reality, dragonflies stalk hummingbirds until the perfect moment.

What draws in dragonflies to your garden?

Water surfaces like lakes, ponds, and fountains are the main attraction to dragonflies. They love the sun but prefer wet areas instead of dry ones.

They’re harmless to humans and feed off insects like mosquitoes. To survive, a dragonfly needs to eat its weight in bugs every 30 minutes. So if your garden has an abundance of bugs, it’s a dragonfly buffet.

Flowers like water lilies, pondweed, and other pollinator plants draw in dragonflies to your garden. 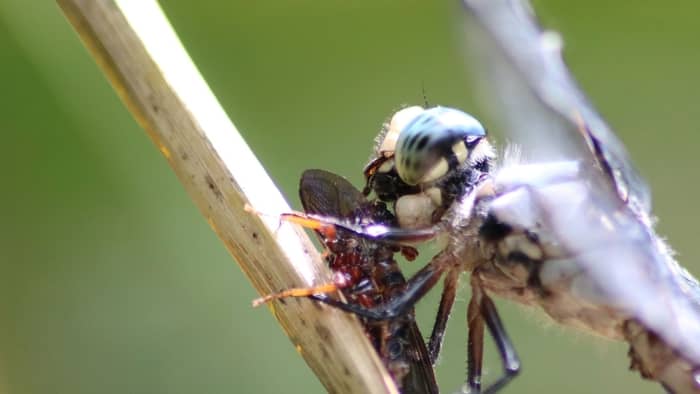 For the longest time, the claim that someone spotted a dragonfly eating a hummingbird was considered a myth. Not until a photographer managed to capture the moment a dragonfly devours its freshly killed hummingbird.

Both hummingbirds and dragonflies range from 2.5 to 3.5 inches in length. But the hummingbird is 4 grams, while a mature dragonfly is only 1 gram. So how can a dragonfly win this battle? It’s worth mentioning that this is not a regular happening. There are just a few reports over the years. This doesn’t mean it doesn’t happen more often.

After all, dragonflies feed on nectar, so there will be dragonflies where there are hummingbird feeders.

How To Repel Dragonflies From Your Garden?

Even if you never saw a dragonfly attacking some of the hummingbirds in your garden, it’s good to take on preventative measures. This can be challenging since dragonflies and hummingbirds have some food sources in common.

If you don’t like to use insecticides or pesticides, there are some natural ways to chase off the dragonflies.

Dragonflies live 7 to 56 days which is incredibly short compared to the hummingbirds who live 3 to 5 years. They reproduce only once in their lifetime but can produce up to 1500 eggs! The female lays eggs in or near ponds, swamps, and other water surfaces.

That’s why regular clean-up of water surfaces will prevent an increasing number of dragonflies.

You Spotted A Dragonfly Eating A Hummingbird: Is It Too Late?

If you had the rare luck – or unfortunate occasion to see a dragonfly eating a hummingbird in your garden, it’s not too late to save other hummingbirds.

Start by marking all the things in your garden that attract dragonflies. Eliminate them and monitor the situation for a few weeks. Dragonflies have a short lifespan but reproduce in large numbers.

If none of the tips above work, consider an insecticide that’s safe for hummingbirds. It’s best to use natural products and double-check if they’re safe for the rest of the living species in your garden. 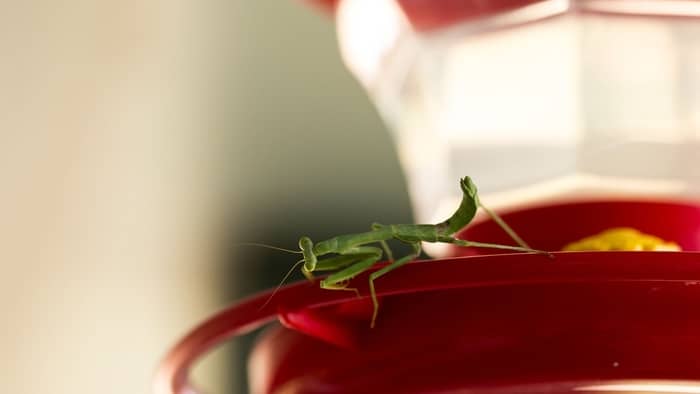 Primarily due to their size, hummingbirds face a large number of threats.

Cats are enemies to all birds, but they love to prey on hummingbirds since they move quickly. Even though they’ll kill a hummingbird, cats don’t consider them a meal but more of a toy.

Baby hummingbirds and unhatched eggs are a treat to squirrels and chipmunks. But, since they’re positioned in secluded shady parts of trees, they’re easily accessible to predators.

Although they don’t attack them directly, some spiders are a significant threat to hummingbirds. Hummingbirds use pieces of spider webs to build their nests. Often the spiders will weave their webs near feeders where the birds get trapped. The spider then feeds off the hummingbird’s body.

Final Say: Dragonfly Eating A Hummingbird Is A Rare Sight

Dragonflies are yet another predator you need to regard when drawing hummingbirds to your garden. For ages, the dragonfly eating a hummingbird was considered an anecdote. But few documented incidents proved this to be true.

To prevent any of your hummingbird visitors from being attacked, consider chasing away dragonflies. Remove everything that seems inviting to them: water surfaces, some types of flowers, and other insects.

Did you believe a dragonfly can kill a hummingbird? Let us know your thoughts!

Learn more about What Insects Do Hummingbirds Eat?